ALA0
END16 hours ago

Massive save by @bguzan on the breakaway! 🚫

NYRB and Atlanta play to a scoreless draw in a match with several chances
8:27 PM3 months ago

Cautions to Anton Walkes and Sean Nealis of Atlanta and NYRB, respectively.
8:26 PM3 months ago

Double change for Atlanta. Jügen Damm and George Campbell are in, Franco Ibarra and Brooks Lennon are out.
8:24 PM3 months ago

Clark becomes the point man in the NWRB attack, which dominates the game for several episodes but cannot capitalize on the scoreboard.
7:46 PM3 months ago

They're saved! Lennon and Araujo weave a great move down the right flank that ends with a shot on goal for New York.
7:43 PM3 months ago

At the end of the first half, the NYRB defense contained Atlanta well and they were unable to change the score in the first minutes before the break.
7:16 PM3 months ago

Atlanta gains possession of the ball but fails to connect with the last line and misses the danger of its arrivals.
6:57 PM3 months ago

Full concentration in the visitors' locker room. Atlanta stretched in the dressing room before taking the field. The match is just minutes away from kick-off, stay tuned. 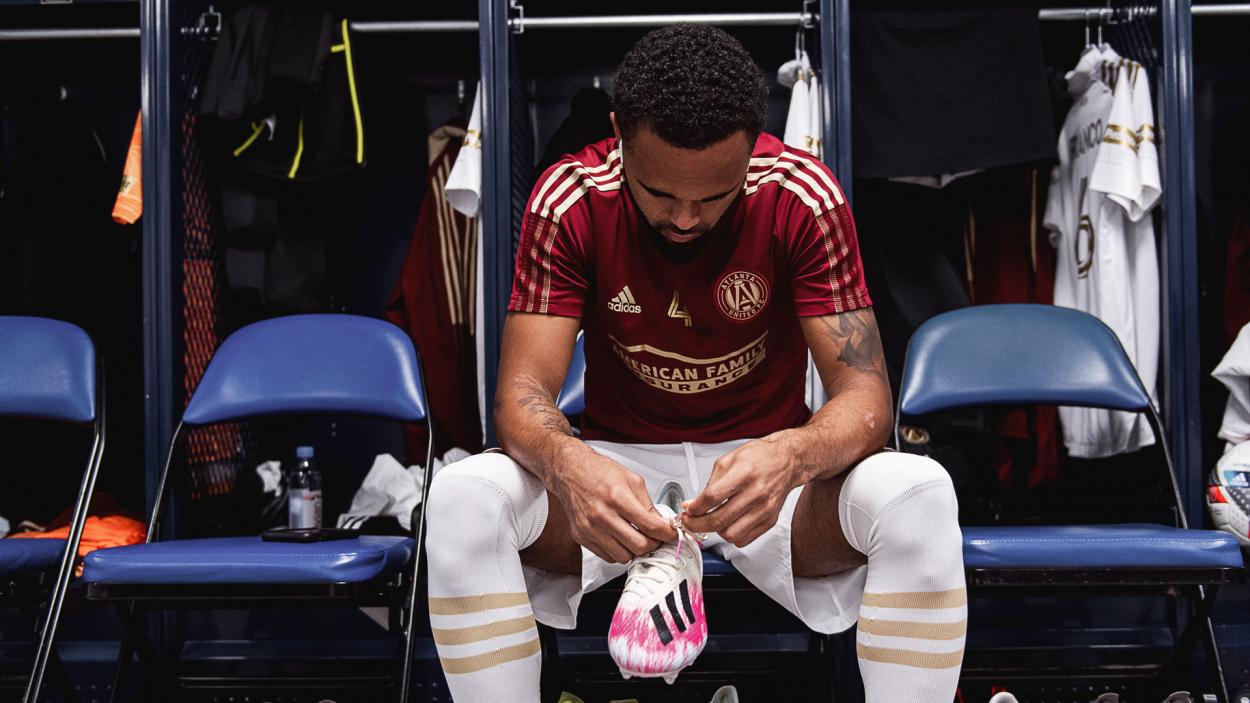 The home team warms up just minutes before kickoff. 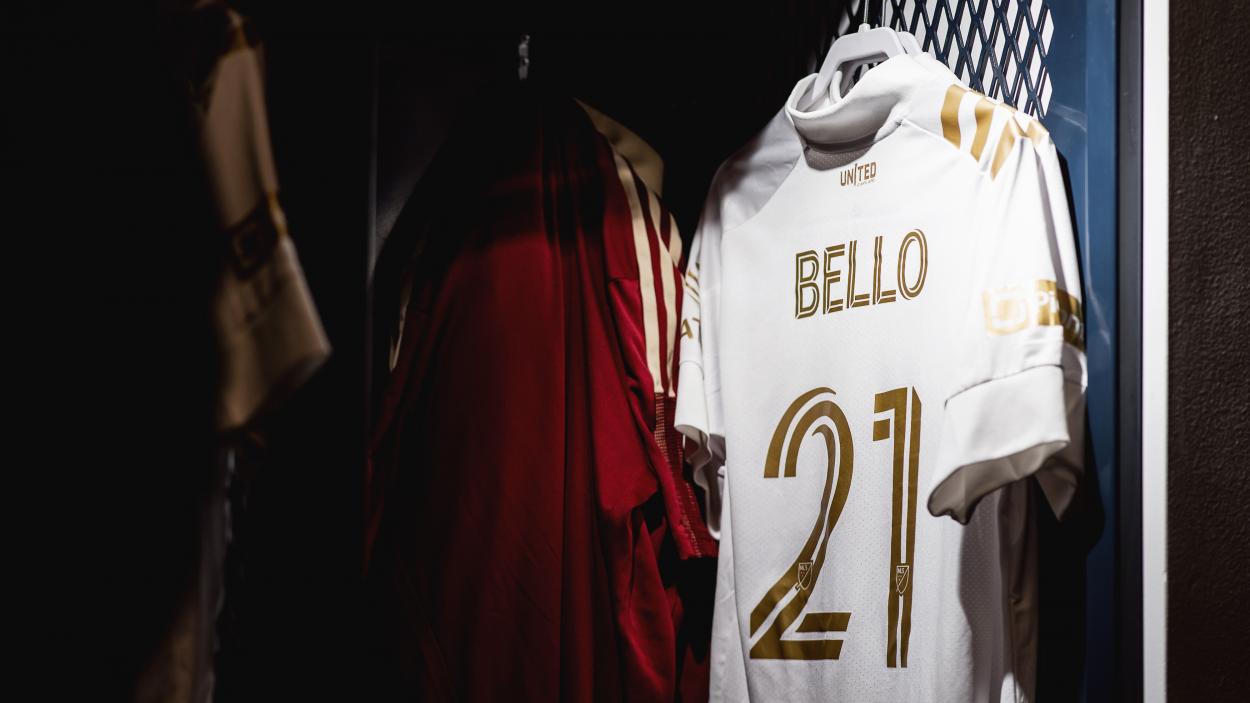 This is how the home team arrived at Red Bull Arena to get ready for their game against Atlanta.

🎶 Hear what I say // We are the business today 🎶@JLABAudio | #RBNY pic.twitter.com/uQPBvHRohb

The MLS regular season is over and with it the hopes of the teams to improve their positions in the standings. Both Atlanta and New York have qualified for the elimination phase in sixth and seventh place, respectively.
5:39 PM3 months ago

Please stay with us and do not miss a detail of the match New York Red Bull vs Atlanta United live updates and commentaries of VAVEL.
5:34 PM3 months ago

How to watch New York Red Bull vs Atlanta United Live Stream on TV and Online?

If you want to watch the game New York Red Bull vs Atlanta United live on TV, your options is: ESPN.

What time is New York Red Bull vs Atlanta United match for MLS?

This is the start time of the game New York Red Bull vs Atlanta United of 3nd November 2021 in several countries:

Red Bull Arena is a multi-purpose stadium, home of the New York Red Bulls of Major League Soccer. It is located in Harrison, New Jersey, United States and was initially scheduled to be completed in the 2008 MLS season, but due to several construction delays it opened in 2010.

The stadium seats 25,189 spectators, making it the second largest soccer-specific stadium in the country after the StubHub Center in Los Angeles. It features a European-style translucent corrugated roof, which covers all of the seating in the stadium, but not the playing field. The stadium is accessible by public transportation at the Path train stop in Harrison.

The stadium was inaugurated on March 20, 2010, with the Red Bulls playing a friendly match against Brazilian club Santos FC. The Red Bulls' first official match in their new stadium was against the Chicago Fire, opening the 2010 MLS season on March 27. Joel Lindpere became the first player to score a goal at Red Bull Arena. 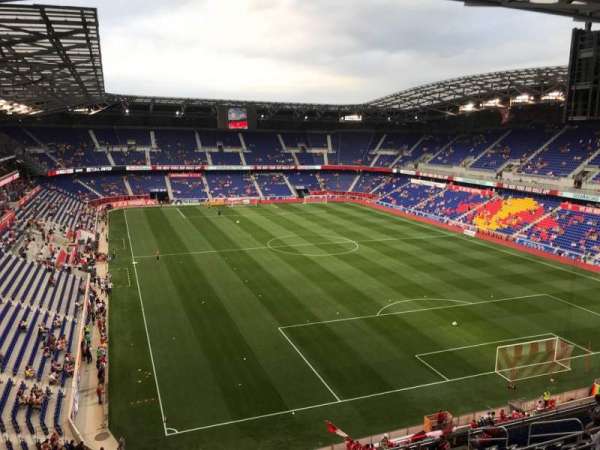 Atlanta is one place higher at number 6 with thirty-two games played, twelve wins, eleven draws and nine defeats. They have a total of 47 points with a total of 43 goals scored and 36 conceded.
Atlanta United is coming off a 1-1 draw against Toronto FC and out of their last 4 games they have won two, drawn one and lost once.
5:09 PM3 months ago

The New York Red Bulls are in seventh place with thirty-two wins, thirteen wins, seven draws and twelve losses for a total of 46 points, thirty-eight goals scored and thirty-two conceded in their last four games.
5:04 PM3 months ago

The New York Red Bulls are coming off a win and looking to keep a positive streak going while Atlanta craves three points after being held to a draw in the previous week.

Portland Timbers claim the Western Conference; Will Host MLS Cup 2021 a month ago

Philadelphia Union hit by COVID protocols; three brought in through Extreme Hardship for Eastern Final against NYCFC a month ago

New England vs NYCFC preview: How to watch, team news, predicted lineups and ones to watch a month ago
//