Thank you for following the América-Monterrey game on the last day of the Liga MX tournament.
9:58 PMa month ago

Despite not winning in the last few rounds, this point allows Monterrey to advance to the next round, but they will play the re-qualification match as visitors. América is the tournament leader.
9:53 PMa month ago

Madrigal with the shot that goes straight into the stands.
9:43 PMa month ago

Henry Martín's header that Andrada has to fly to save his goal.
9:33 PMa month ago

Roger Martínez with a shot from outside the area that goes over the goal.
9:28 PMa month ago

Layún with a mid-range shot that goes over the top of the goal.
9:23 PMa month ago

The goal was disallowed because Roger Martínez touched the ball twice on the penalty kick.
9:13 PMa month ago

Goal for América. Roger Martínez calls the penalty, but there are two touches and it will be reviewed.
9:08 PMa month ago

Reyes is knocked down inside the area, there is a penalty kick and Montes is sent off.
9:03 PMa month ago

Henry Martín's header from the half moon goes over the top of the goal.
8:58 PMa month ago

Roger Martínez is the first caution of the game.

Janssen and Campbell come on

Vergara and Funes Mori come off.

Duván Vergara tries to break through, but Lara rejects the ball and concedes a corner kick.
8:38 PMa month ago

Dangerous cross from Gallardo that Funes Mori failed to finish at the far post.
8:33 PMa month ago

Viñas with the shot that goes out to Esteban Andrada's location.
8:28 PMa month ago

The second half begins between América and Monterrey.
8:23 PMa month ago

Meza's long-range shot was saved by Ochoa and one more minute was added.
8:13 PMa month ago

Funes Mori's half-volley deflected off the defender and over the top.
8:08 PMa month ago

Córdova's shot from half distance goes wide.
8:03 PMa month ago

Collision of knees between Vergara and Layún, where the latter gets the worst of it.
7:58 PMa month ago

Viñas is encouraged with a mid-range shot, but the defensive team is opportunely swept aside to deflect the ball.
7:48 PMa month ago

Little clarity and few arrivals by the two teams, so the game does not end up exploding.
7:43 PMa month ago

Too long a ball that Viñas cannot control and goes wide.
7:38 PMa month ago

Córdova with a service that finds no recipient in the area and the ball goes wide.
7:33 PMa month ago

Viñas missed inside the box and after a series of rebounds the ball went wide.
7:28 PMa month ago

Alan Montes entered and César Montes left, a forced substitution due to injury.
7:23 PMa month ago

César Montes is left lying on the field and medical assistance has arrived.
7:18 PMa month ago

Gonzalez's service is too long and the ball goes wide.
7:13 PMa month ago

The match between América and Monterrey kicks off at the Azteca Stadium.
7:08 PMa month ago

América and Monterrey take the field under the Liga MX anthem protocol.
7:03 PMa month ago

In a few minutes, the match between América and Rayados de Monterrey will kick off at the Azteca Stadium.
6:58 PMa month ago

This is how they took the field

The Azulcremas' goalkeepers, Guillermo Ochoa and Óscar Jiménez, took to the field prior to the game against Rayados.

This is the preview of how América and Monterrey will arrive; while one qualifies in first place, the other has yet to secure its place in the playoffs. 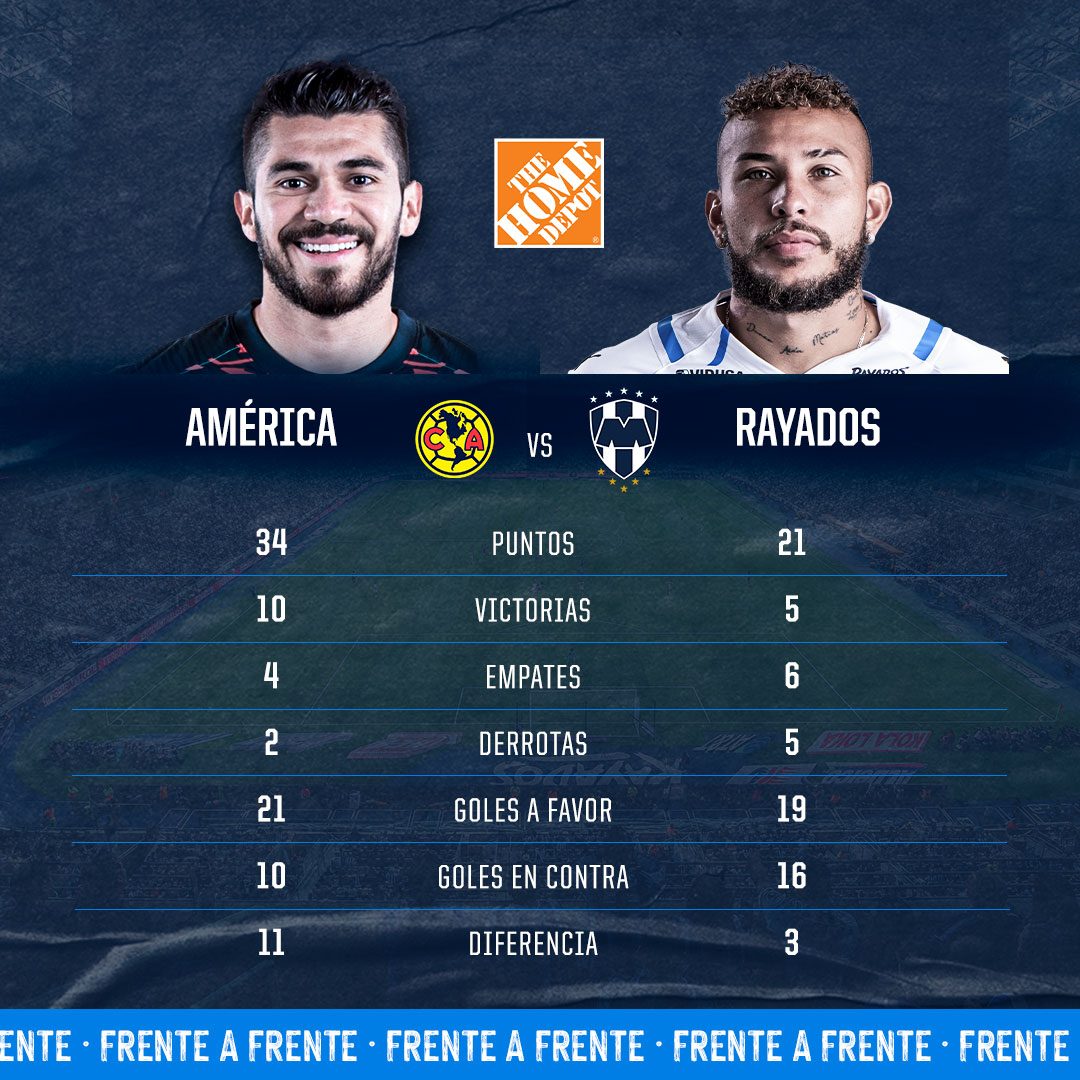 For Miguel Layún it will always be special to face Monterrey, his former team, remembering that he was unable to play in the Concachampions final because he was registered with Rayados. 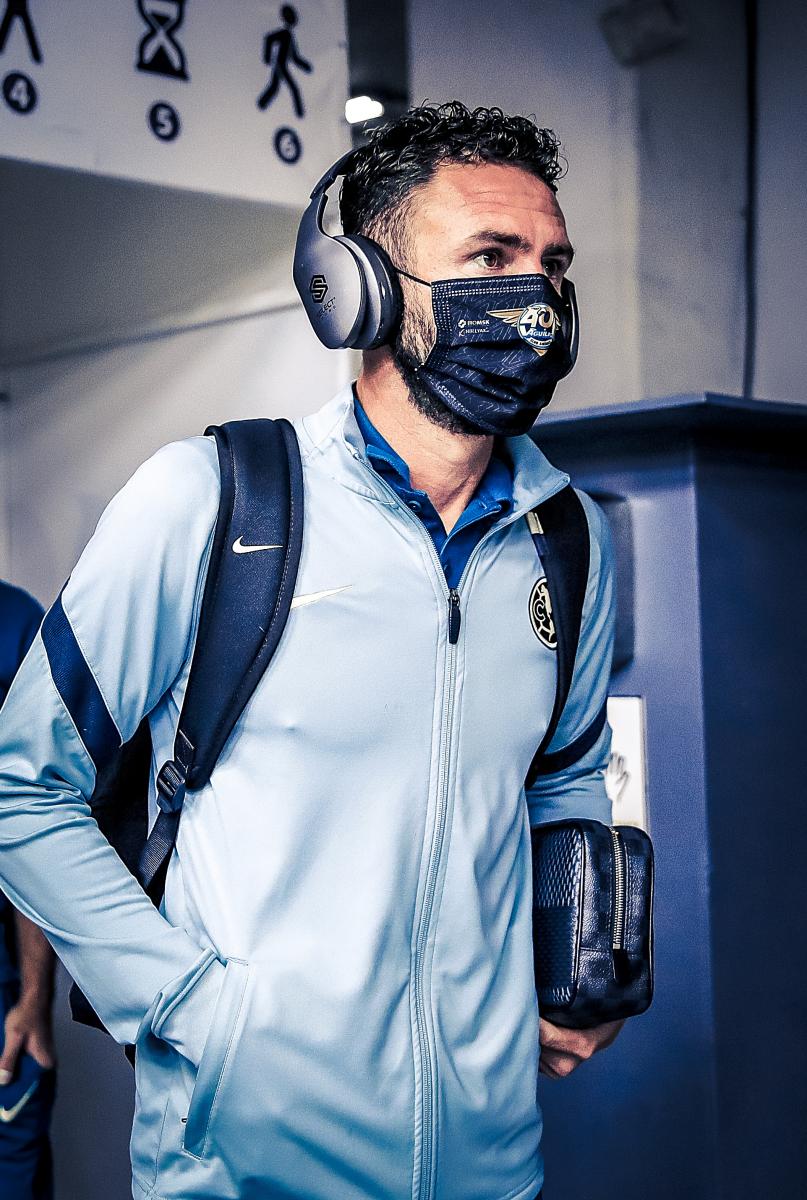 What happens if Monterrey wins?

Despite winning the Concachampions, the Rayados have barely won 1 of the last 18 in Liga MX and that has meant that they have yet to qualify. They are currently in 10th place, but with a win they could climb to fifth place to play in the home playoff.
6:18 PMa month ago

What happens if America wins?

Whatever happens this afternoon, the Águilas del América will not let go of the overall lead and will remain number one, although they are hoping to reach 37 points and end the streak of two defeats in a row.
6:13 PMa month ago

One of the most attractive matches of the day will be played at the Estadio Azteca in the rematch of the last Concachampions final when América hosts Rayados de Monterrey.
6:08 PMa month ago

Do not miss a detail of the match with the live updates and commentaries of VAVEL. Follow along with us all the details, commentaries, analysis and lineups for this America vs Monterrey match in Liga MX.
6:03 PMa month ago

What time is America vs Monterrey match for Liga MX?

This is the start time of the game America vs Monterrey of 6th November in several countries:

The Monterrey-based team has taken the measure of the capital's side with three wins and two losses in the last five meetings, although this includes two finals in the last two years that have gone in favor of Rayados in both Liga MX and Concachampions.

For many, he deserves a place in the Mexican national team, but what is undeniable is that Arturo Gonzalez's level has improved too much and he has become an undisputed starter under Javier Aguirre. 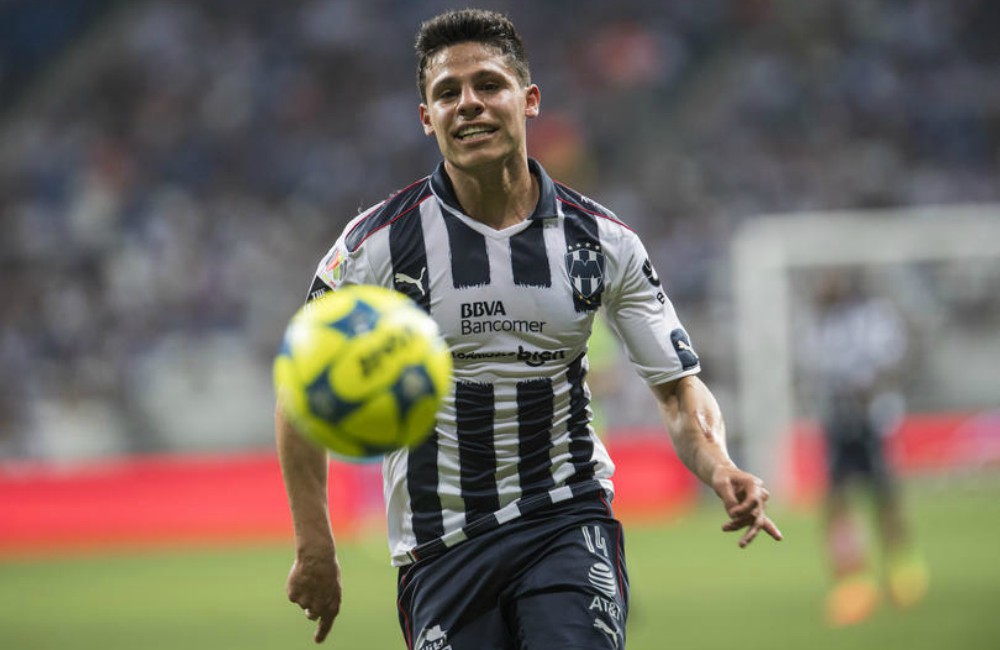 Much is said about the good results and this has been due to the performances of Guillermo Ochoa who, on many occasions, has saved his goal to keep the Águilas in the game, which has helped them to score many points. 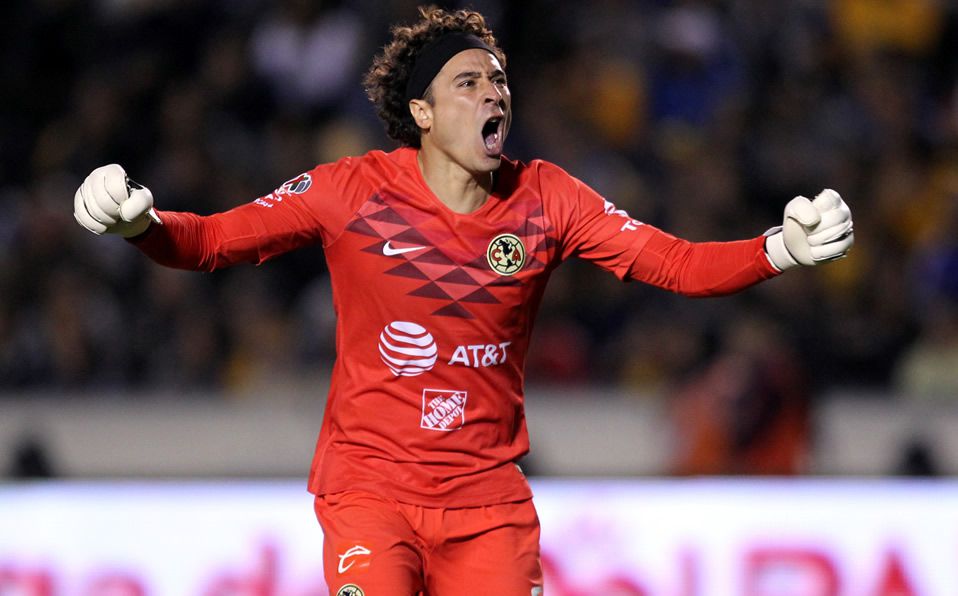 With only one point from their last 15, Los Rayados are in trouble and, although they will be in the finals, they need to win to ensure that the one-legged play-off for re-qualification can be played at home.
5:28 PMa month ago

With two consecutive defeats and without playing good soccer throughout the year, although it has brought them good results, América needs to gain confidence before the start of the play-offs, remembering that they have already secured the overall leadership no matter what happens.
5:23 PMa month ago

A taste of revenge

Less than 15 days ago they faced each other in the final of the Concachampions and this Saturday América and Monterrey will meet again to close the Apertura 2021 tournament where both teams will be in the final phase of the championship.
5:18 PMa month ago

The America vs Monterrey match will be played at the Azteca Stadium, in Mexico City, Mexico. The kick-off is scheduled at 9:00 pm ET.
5:13 PMa month ago

Welcome to VAVEL.com’s LIVE coverage of the 2021 Liga MX: America vs Monterrey!