Thank you for following this match on VAVEL USA. Until the next time!
5:34 PM6 months ago

The referee adds two more minutes to the match.
5:31 PM6 months ago

GOAL AUSTRIA! The fourth goal was scored by Ljubicic.
5:24 PM6 months ago

Austria: Grüll and Dragovic are out; Kara and Posch are in.
5:19 PM6 months ago

Last quarter of the match where Austria stopped stepping on the gas. Moldova is still looking for the second goal, but can't get past half-court.
5:14 PM6 months ago

Grüll again. This time the Austrian was alone in the area but instead of shooting, he decided to assist his teammate. However, the defense deflected.
5:10 PM6 months ago

Austria keep coming and look for the fourth goal. Grüll's cross into the area that nobody manages to connect and the Moldovan defense rejects.
5:03 PM6 months ago

Austria: Grillitsch and Schaub are out; Ljubicic and Onisiwo are in.

The referee awards a penalty kick to Austria and gives Posmac a yellow card.
4:52 PM6 months ago

Dragovic's header goes over the crossbar.
4:49 PM6 months ago

The referee adds one more minute to the first half.
4:27 PM6 months ago

Goal disallowed for Austria for offside by Arnautović.
4:23 PM6 months ago

Strong counterattack through Schaub and Grüll. The latter narrowly misses the third goal. The Moldovan goalkeeper saves the shot.
4:17 PM6 months ago

GRÜLLL! A shot from outside the area is deflected for a corner by the Moldovan goalkeeper.
4:11 PM6 months ago

Close to the third goal! A series of rebounds in the area where no Austrian found the goal. Moldova is once again saved.
4:08 PM6 months ago

GOAL AUSTRIA! The home team already leads 2-0 thanks to a goal by Christopher Trimmel.
4:02 PM6 months ago

The first fifteen minutes of the match were dominated by the home team.
4:00 PM6 months ago

NAMASCO! Great save by the Moldovan goalkeeper to prevent the second goal after a shot by Grüll.
3:55 PM6 months ago

THE SECOND IS CLOSE! Sabitzer's shot goes just wide of the left post.
3:51 PM6 months ago 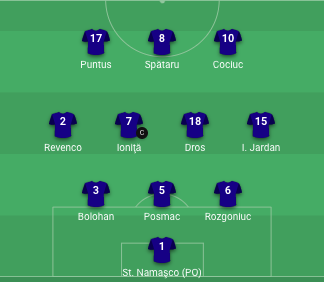 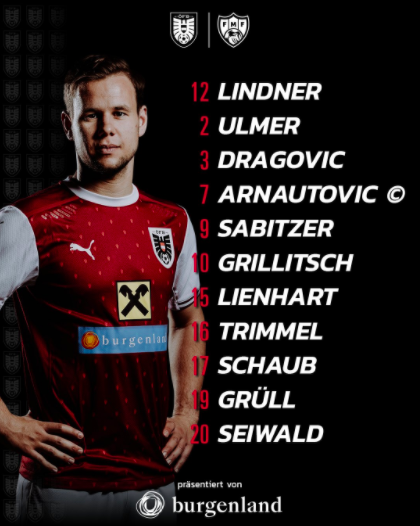 On this last day, eight simultaneous qualifying matches for the Qatar 2022 World Cup will be played today, with three tickets up for grabs. 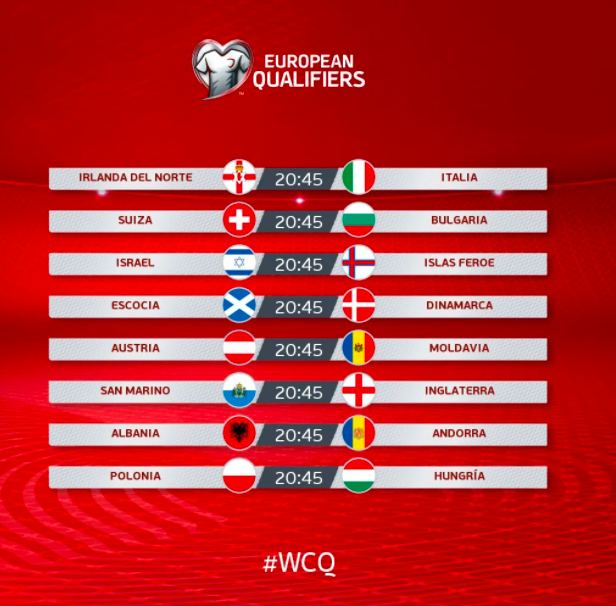 Minutes before the start of the match between Austria and Moldova, this is how the venue for this afternoon's clash looks like. 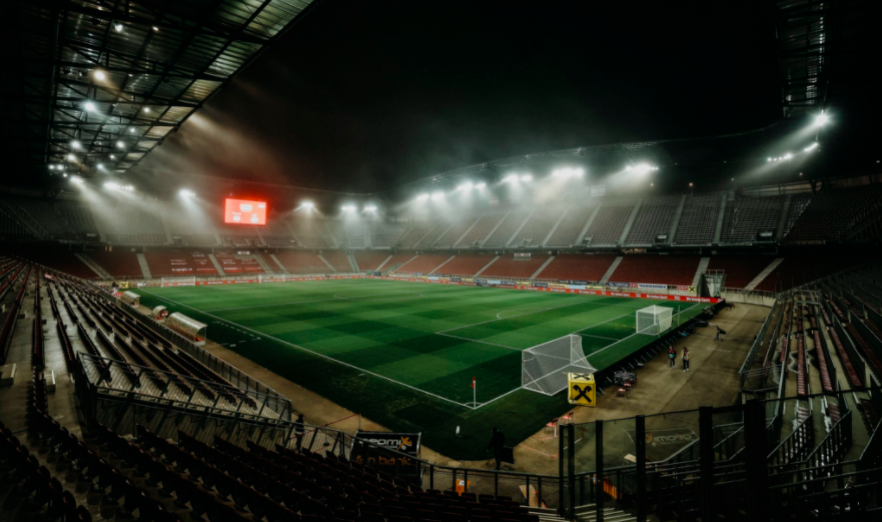 The dressing room at the Wörthersee Stadion is now ready with the outfits to be worn by both teams this afternoon. The Austrians will wear their traditional red uniform with white details, while Moldova will wear their blue uniform. 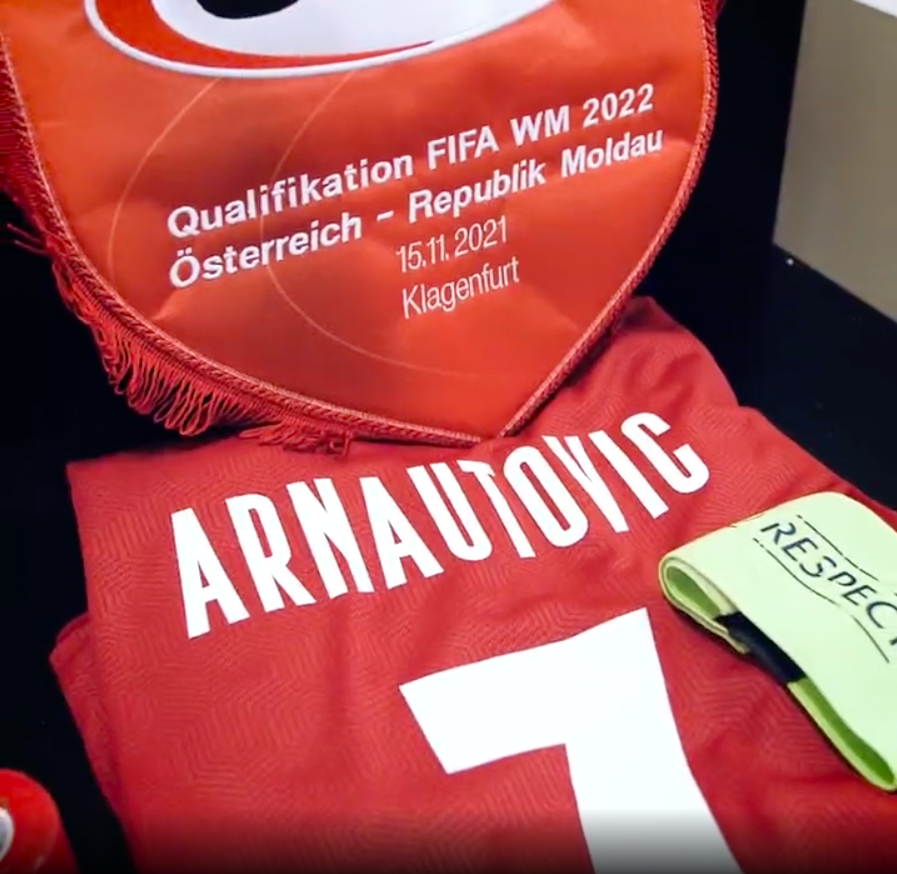 So far, these are the teams that have qualified directly for the Qatar 2022 World Cup.

The group shared by Austria and Moldova has an absolute leader, Denmark, who already got their direct ticket to the Qatar 2022 World Cup. Likewise, Scotland did the same with a pass to the playoffs, while Israel, Austria, Faroe Islands and Moldova were left on the way and are eliminated.
3:19 PM6 months ago

With the respective hygiene and sanitary measures in place, both Austrians and Moldovans are already on the pitch of the Wörthersee Stadion for the final match of the UEFA qualifiers. 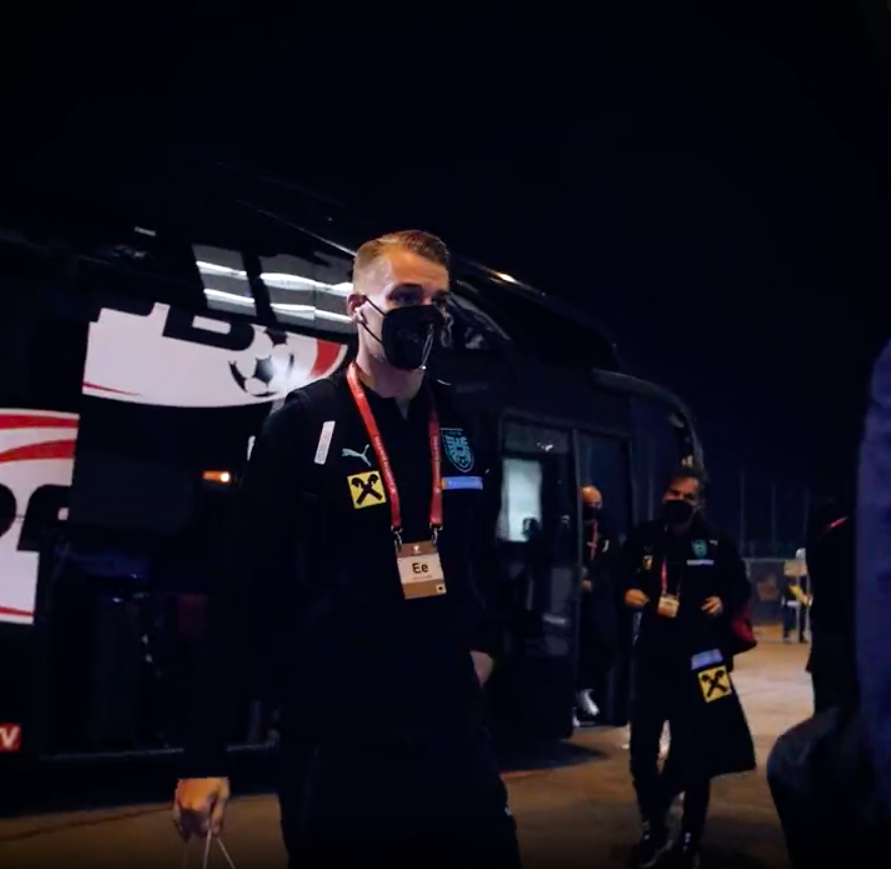 The Austrian team's absentees for this match against Moldova are Konrad Laimer and Alexander Schlager, who are still recovering from injury. On the other hand, the Moldovans have a full squad.
3:09 PM6 months ago

Both teams have a short history in direct confrontations between them, and the balance is in favor of the Austrians. Out of seven matches played between Austria and Moldova, Austria has six wins and only one loss. In the last match, the Austrians won with a score of 0-2.
3:04 PM6 months ago

The Wörthersee Stadion is a multi-purpose stadium located in the city of Klagenfurt, Austria. The stadium was inaugurated in 2007 and was built for Euro 2008. It is home to the Austrian soccer team and has a capacity of 32,000 spectators.

The match between Austria and Moldova is just under an hour away. Both teams will face each other in a duel in which nothing would be at stake, since they no longer have a chance to reach at least the playoffs and will try to say goodbye with a win. Will they succeed?
2:54 PM6 months ago

Do not miss a detail of the match Austria - Moldova with the live updates and commentaries of VAVEL. Follow along with us all the details, commentaries, analysis and lineups for this match.
2:49 PM6 months ago

How to watch Austria - Moldova Live Stream on TV and Online?

If you want to watch the game Austria vs Moldova live on TV, your options are: TUDN USA

If you want to directly stream it: TUDN App and ESPN+

Alexei Koșelev | The Moldovan national team has struggled to score goals. and keep a clean sheet. Koselev is the goalkeeper for the Moldovans and if they want to say goodbye to the playoffs in the best way, he will have to be a factor in not allowing goals. 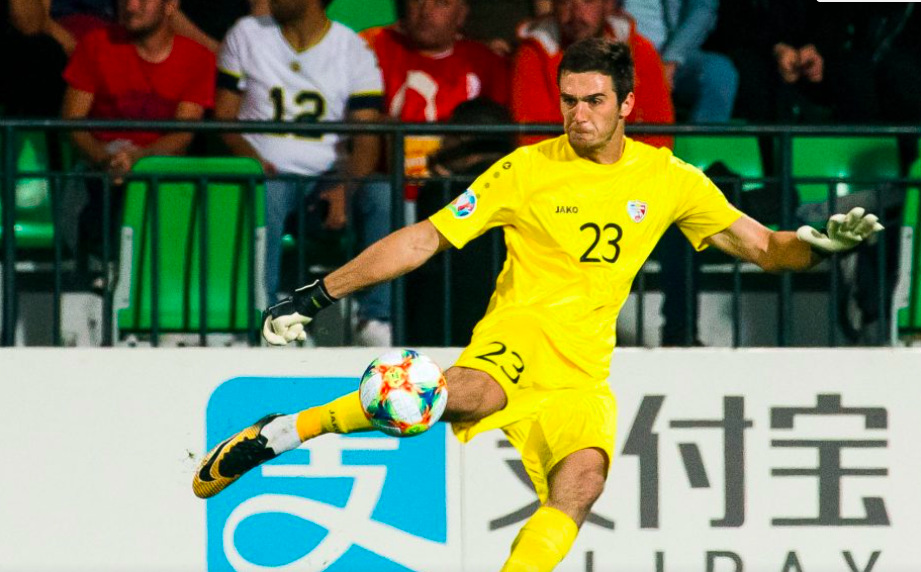 Louis Schaub | This Austrian midfielder scored 2 goals and found the back of the net twice in the win over Israel. He was the player of the match and is undoubtedly the player to watch for this match. 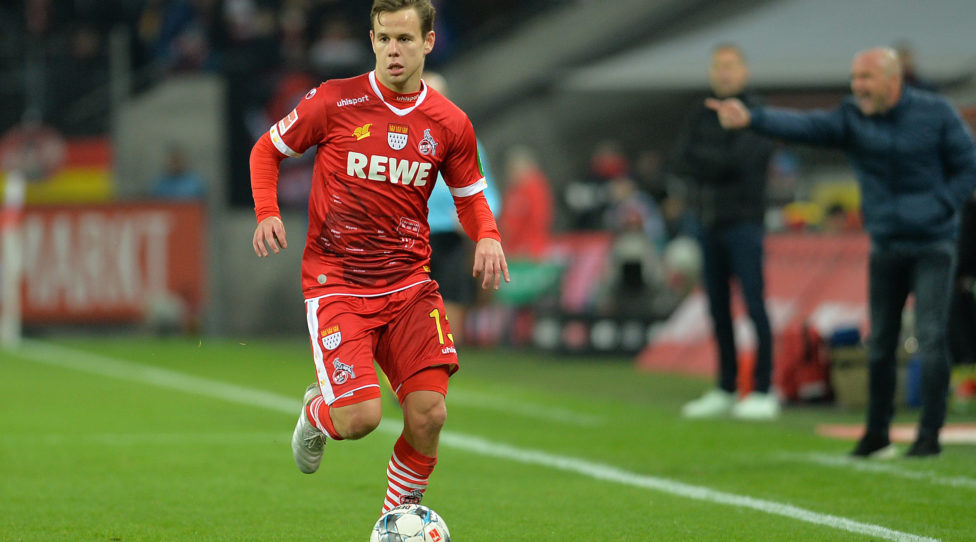 How does Moldova arrive?

On the other hand, the Moldovan team led by Roberto Bordin, wants to say goodbye to the UEFA qualifiers with a victory that has denied them for nine rounds. The Moldovans are at the bottom of their group and even if they win this afternoon, they will not be able to leave the bottom. Moldova accumulated only one point from a draw against the Faroe Islands. In their most recent match, they suffered a 2-0 defeat at home to Scotland.
2:14 PM6 months ago

How does Austria arrive?

The Austrian national team coached by Franco Foda wants to take advantage of the locality and get a second consecutive victory to say goodbye to the qualifying round in the best way. Austria is coming from a victory against Israel that complicated its playoff aspirations with the victory of Scotland, which is the first team to secure its ticket to that stage. The Austrians obtained the three points with a resounding 4-2 victory that places them in fourth place with 13 points after four wins, one draw and four defeats.
2:09 PM6 months ago

The Austria vs Moldova match will be played at the Wörthersee Stadion, in Klagenfurt, Austria. The kick-off is scheduled at 14:45 pm ET.
2:04 PM6 months ago

This afternoon, the 10th matchday of the European Qualifiers will feature a match where one team is in need of all three points. The Austrian national team needs a win to stay on the heels of Israel, so they will need to take advantage of their home advantage. While Moldova will be looking to finish this round with a win that they have not achieved after nine rounds.
1:59 PM6 months ago