Match ends. Northern Ireland and Italy draw goalless and with the results of Switzerland vs Bulgaria, the Italians drop to second place and lose their direct pass to the Qatar 2022 World Cup.
4:35 PMa year ago

Three minutes of compensation are added
4:34 PMa year ago

They are saved! Washington takes advantage of a Donnarumma mistake and Acerbi saves Ireland's potential goal on the line.
4:31 PMa year ago

Changeover of Italy, Lorenzo Insigne goes up and Federico Bernardeschi comes in. Manuel Locatellli goes in, Jorginho goes up.
4:07 PMa year ago

Chiesa's left-footed shot is flicked on by Berardi in the box. The ball goes wide of the goal line.
Italy, Andrea Belotti comes on, Nicoló Barella off.
4:00 PMa year ago

Foul by Josh Magennis on Berardi, yellow card for the Irish defender.
3:53 PMa year ago

The last 45 minutes start, everything to be defined in the second half of the game.
3:33 PMa year ago

End of the first half, no stoppage time. Northern Ireland have contained Italy well and the score remains 0-0.
3:25 PMa year ago

Insigne finds the space on the last line but does not connect properly. Federico Chiesa also tries on the rebound but the ball does not give way. Italy keeps possession of the ball and presses Northern Ireland in their own half.
3:15 PMa year ago

Insigne meets a cross from a corner but the ball goes straight into the hands of goalkeeper Peacock-Farrell.
3:08 PMa year ago

Di Lorenzo tries to filter the diagonal in the area but the Irish backline remains attentive and complicates the arrival of the Azzurri.
3:02 PMa year ago

Di Lorenzo takes a right cross shot and puts the ball very close to the goal.
2:53 PMa year ago

Foul by Acerbi on Saville in the center circle. Ball for Northern Ireland
2:47 PMa year ago

Kick-off! The action kicks off at Windsor Park between Northern Ireland and Italy.
2:36 PMa year ago

The Azzurri kit is ready and this is how Bonucci's back will look, the Italians will wear white in their away kit. 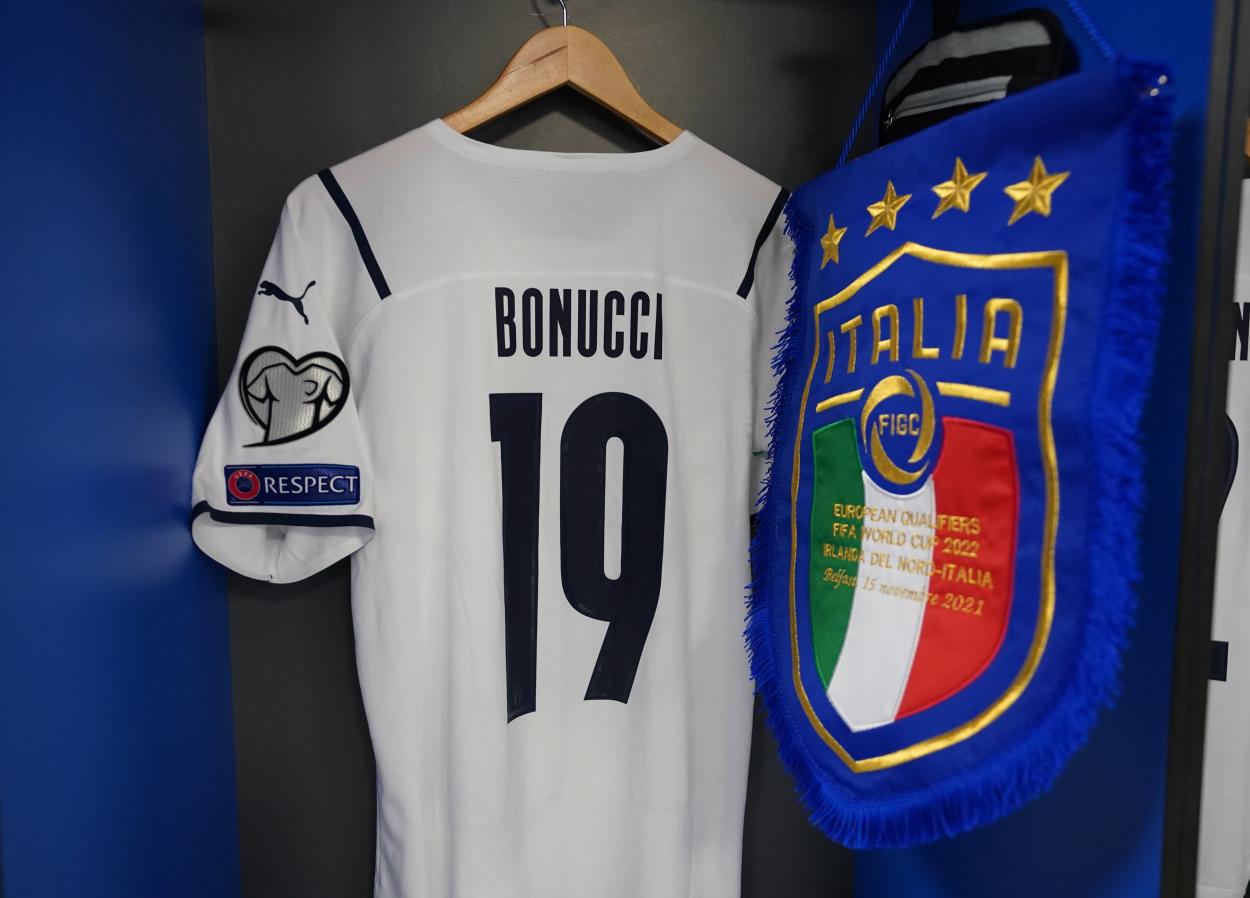 Italy missed the 1958 World Cup at the hands of Northern Ireland when they lost 2-1 in Belfast, and this afternoon Italy must win to avoid worries that Switzerland could snatch the lead and send them to the play-offs.
2:17 PMa year ago

The field is ready!

This is what the venue for this match looks like minutes before kick-off, a soccer stadium located in Belfast (Northern Ireland) United Kingdom. It is the usual home ground of the Linfield FC club and the Northern Ireland national soccer team. 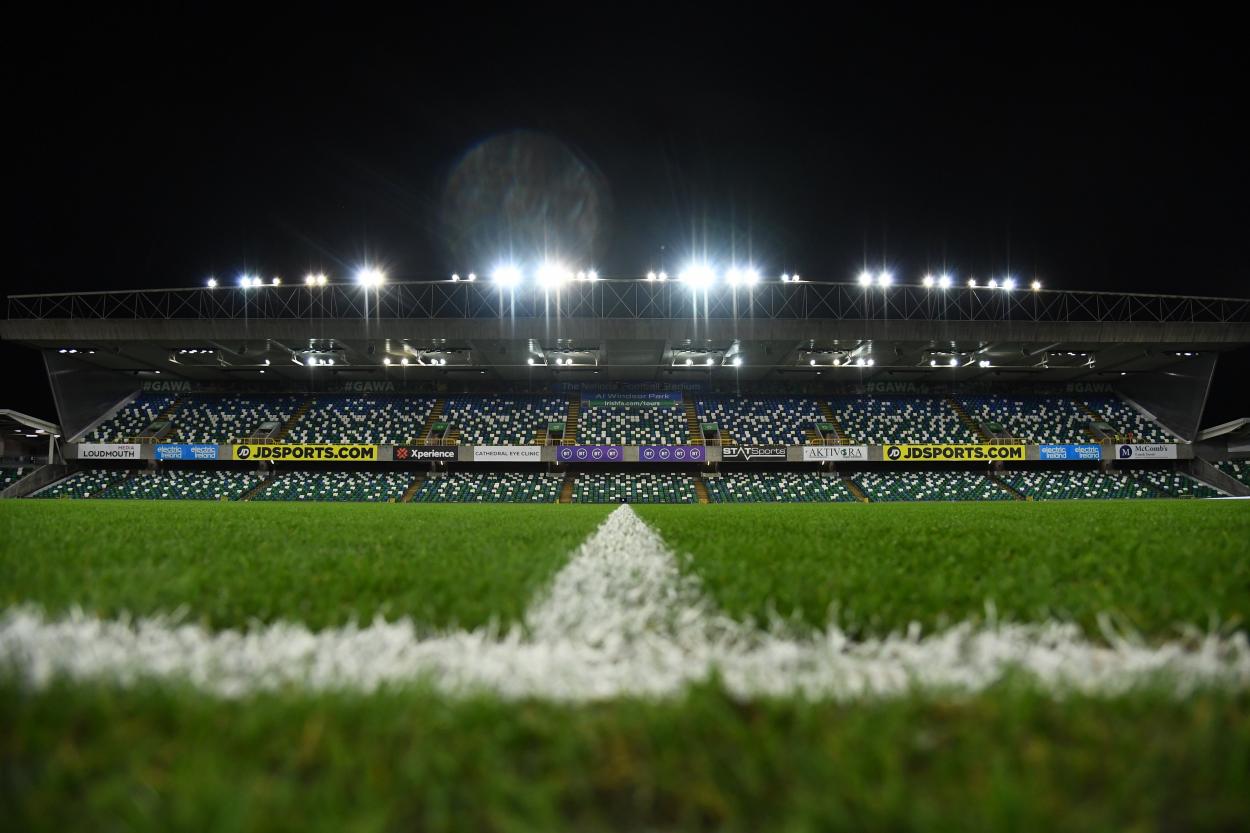 Italy arrived at the stadium

The Azzurri squad has arrived in Northern Ireland and is already at Windsor Park. 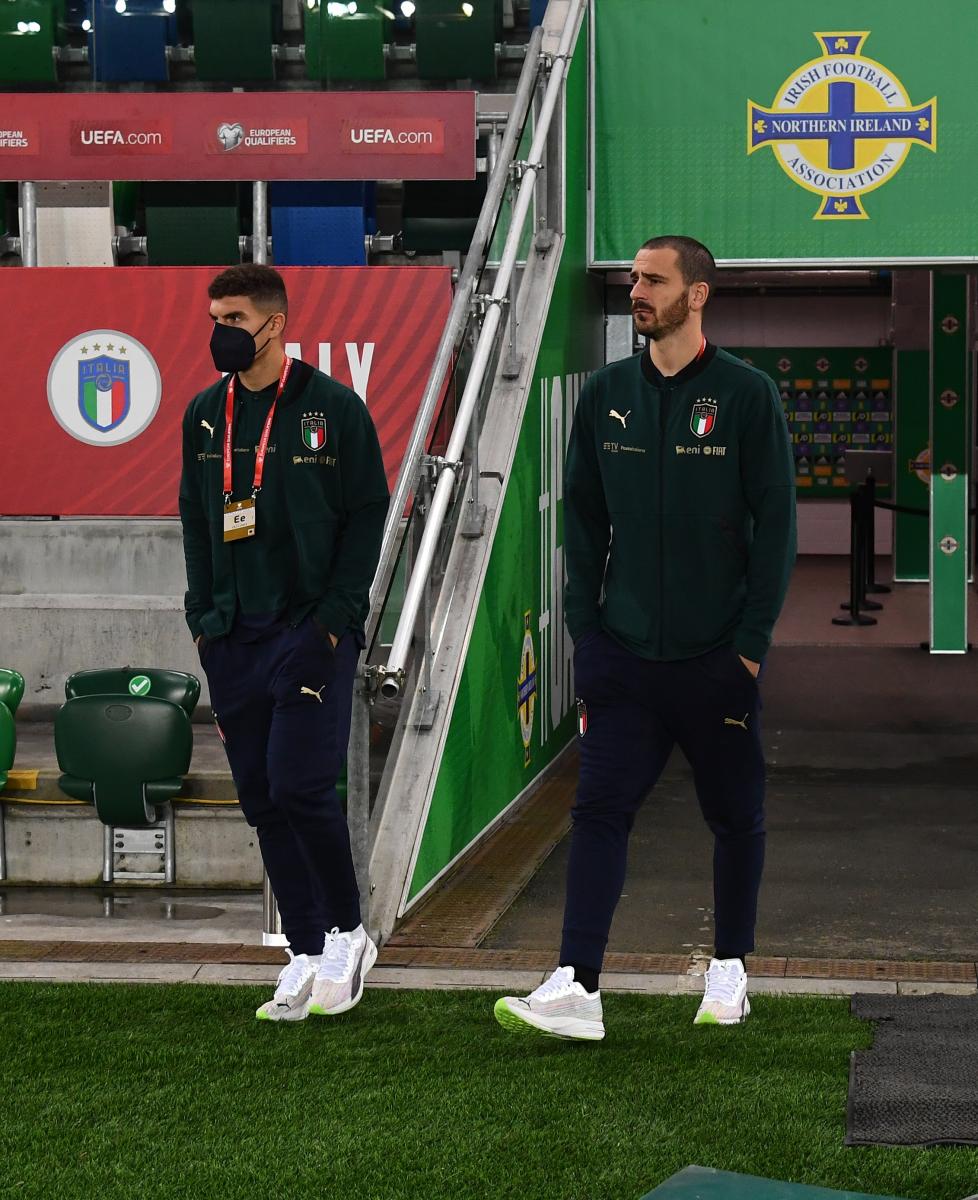 On the other hand, Northern Ireland has only won twice in its last five matches: against Estonia and Lithuania, both times by the narrowest of margins. They lost to Switzerland and Bulgaria, 2-0 and 2-1, respectively, and held Switzerland to a 0-0 draw.
2:01 PMa year ago

In the last five knockout matches, Italy has only been able to win two of its games. They have drawn two and lost one. Those two wins came against Belgium by a score of 2-1 and against Lithuania by a 5-0 scoreline. They lost to Spain and drew twice against Switzerland.
1:56 PMa year ago

Italy wants to secure its ticket to Qatar

Italy leads Group C of the UEFA qualifiers and is practically qualified for the World Cup, however, today's match against Northern Ireland is not to be trusted because in case of an adverse result and a goal by Switzerland, they could be knocked out of the first position.
1:51 PMa year ago

In a few moments we will share with you the starting Northern Ireland vs Italy live, as well as the latest information from Windsor Park. Stay tuned for up-to-the-minute live coverage of the match on VAVEL.
1:46 PMa year ago

How to watch Northern Ireland vs Italy Live Stream on TV and Online?

If you want to watch the game Northern Ireland vs Italy live on TV, your options are TUDN.

If you want to directly stream it: TUDN App and ESPN+.

The team coached by Roberto Mancini is in first place in the group with 15 points (only ahead of Switzerland on goal difference), after four wins and three draws; they have scored 13 goals and conceded two.
1:26 PMa year ago

The team led by Ian Baraclough is in third place with 8 points, the result of two wins, two draws and three defeats; they have scored 6 goals and conceded 7.
1:21 PMa year ago

Northern Ireland and Italy will play their last game

This Monday afternoon, in the city of Belfast, Northern Ireland and Italy will meet again to play their last match of this phase; while the locals no longer have any aspirations of attending the World Cup, the Italians are in search of advancing directly to the World Cup, thus avoiding a playoff that will be very close.
1:16 PMa year ago

Group C of the UEFA qualifiers

The representatives of Northern Ireland and Italy are in the third group of this stage, together with Switzerland, Bulgaria and Lithuania; the first and second places will be decided between the Italians and the Swiss.
1:11 PMa year ago

First stage of the European qualifiers

This round of the qualifiers of the Union of European Football Associations, which consists of a group stage, awards 10 tickets to next year's World Cup, and the winners of these will be the teams that are at the top of their respective sectors after the ten rounds have been played.

Subsequently, the second-best placed teams in each sector will have access to a kind of playoff, in which the three remaining tickets for Qatar 2022 will be available to this confederation.

Welcome to VAVEL.com’s coverage in matchday 10 of the First Round of UEFA's 2022 FIFA World Cup Qatar qualifiers: Northern Ireland vs Italy Live Updates!