We end the coverage of the 1-1 draw between Libya and Angola in the sixth match of group F of the African Qualifiers for the Qatar 2022 World Cup. We invite you to stay connected to VAVEL with all the information from the world of sports.
9:57 AM21 days ago

Statistics of the match

Libya and Angola tied 1-1, the goals were scored by Sanad Al-Warfali in the 49th minute for Libya and the Angola goal was scored by Zini in the 81st minute.
9:53 AM21 days ago

Three more minutes will be played in the match.
9:49 AM21 days ago

Libya continues to attack but Angola is very well positioned at the back and does not give them space to advance.
9:46 AM21 days ago

After the match was tied, Libya took the initiative again and tried to attack from the flanks.
9:44 AM21 days ago

GOOOAAALLL for Angola, scored by Zini with a right footed shot after a mistake in Libya's defense that fails to clear the ball.
9:39 AM21 days ago

Double change in Angola, Capita and Liberal enter and Afonso and Estrela leave the field.
9:34 AM21 days ago

Angola had a dangerous chance after a header inside the area that went wide.
9:31 AM21 days ago

Angola's approach after an attempted attack on the right flank.
9:28 AM21 days ago

The engagement is stopped due to a blow suffered by a Libyan defender.
9:26 AM21 days ago

Angola have made a substitution. Aurélio enters the field and Pessoa leaves the field.
9:19 AM21 days ago

Faced with Angola's offensive vocation, Libya took advantage of the spaces and tried to attack the backs of the visitors' fullbacks.
9:16 AM21 days ago

In search of an equalizer, Angola pushed forward its lines and stopped most of its team in the opponent's field.
9:11 AM21 days ago

GOOOAAALLL for Libya, scored by Sanad Al-Warfali from the penalty spot.
9:05 AM21 days ago

Both teams head to their respective dressing rooms.
8:47 AM21 days ago

One more minute will be played in the first half.
8:44 AM21 days ago

Libya has an attack attempt but it is stopped by Angola's defense who tries to counterattack.
8:39 AM21 days ago

Angola's approach after a cross-shot from the left side.
8:36 AM21 days ago

Libya had a very dangerous chance after a shot from inside the box hit the post.
8:34 AM21 days ago

It was a hard-fought game in the middle of the field due to the offensive intentions of both teams.
8:28 AM21 days ago

The intentions of the game are evened out and now both teams have the initiative to attack.
8:22 AM21 days ago

The match is stopped because there is a player suffering from a stroke.
8:18 AM21 days ago

Free kick for Libya for a foul on the edge of the Angola box.
8:16 AM21 days ago

Libya tries to come out playing from the back but can't get past the midfield because of Angola's closing spaces.
8:12 AM21 days ago

Libya is the one who tries to attack now and has approaches to the rival goal by advancing through the flanks.
8:07 AM21 days ago

Libya had a dangerous breakthrough after a counter-attack on the right flank.
8:04 AM21 days ago

Angola starts with the initiative of the match and has a long possession with transitions from their half into Libya's half.
8:01 AM21 days ago

Both teams and the referee team take the field at the March 28 Stadium.
7:37 AM21 days ago

We are ready to bring you the broadcast of the match between Libya and Angola on matchday six of the African Qualifiers for the Qatar 2022 World Cup.
7:09 PM22 days ago

In a few moments we will share with you the starting lineups for Libya vs Angola live, as well as the latest information from 28 march Stadium. Don't miss a detail of the match Lybia vs Angola live updates and commentaries of VAVEL.
7:04 PM22 days ago

How to watch Libia vs Angola live on TV and online?

If you want to directly stream it the game Libia vs Angola your option is: ESPN+ and FIFA.com.
If you want to watch it online, VAVEL USA is your best option.
6:59 PM22 days ago

What time is the Libya vs Angola match?

One of the most outstanding players in Angola is Manuel Cafumana "Show", the 22 year old central midfielder is currently playing for Ludogorets of Bulgaria and so far in the African Qualifiers for the World Cup in Qatar 2022, he has played three matches, two against Gabon and the remaining match against Egypt.
6:49 PM22 days ago

One of the most outstanding players in Libya is Mohamed Al Musrati, the 25-year-old central midfielder is currently playing for SC Braga of the Portuguese soccer league and so far in the African Qualifiers for the Qatar 2022 World Cup, he has played three matches against Gabon and twice against Egypt.
6:44 PM22 days ago

In total, both teams have met on three occasions, the record is completely even, as Libya has won one match, there has been one draw and Angola has one victory.
In terms of goals, the record is narrowly won by Angola, with four goals to Libya's three.
6:39 PM22 days ago

Togo in group F of the African Qualifiers for the World Cup of Qatar 2022 occupies the fourth place with four points, after having played five matches of which they won one, drew one and lost three, also leaving a goal difference of -2, after having scored five goals and conceded seven.
6:34 PM22 days ago

Libya is in third place in Group F of the African Qualifiers for the Qatar 2022 World Cup. After five matches, Libya has six points, after winning two matches, drawing none and losing three, and a goal difference of -3, after scoring three goals and conceding six.
6:29 PM22 days ago

The match will be played at the 28 March Stadium

The match between Libya and Angola will take place at the 28 March Stadium in the city of Benghazi (Libya), where the teams Al-Ahly, Al-Tahaddy and the Libyan national soccer team play their home matches. The stadium was built in 1967 and has a capacity for approximately 40,000 spectators. 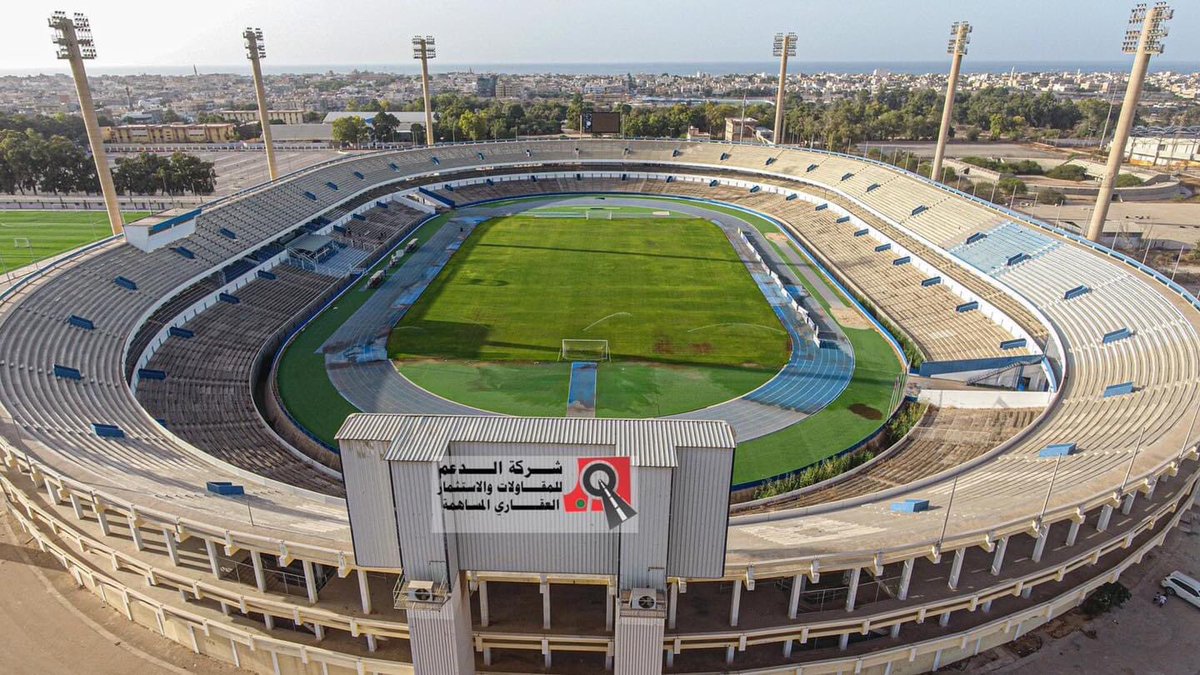 Hello everyone! Welcome to the live broadcast of the Libya vs Angola match, valid on matchday six of group F of the African Qualifiers for the World Cup in Qatar 2022.
My name is Ismael Silva and I will be your host for this match. We will offer you pre-match analysis, score updates and live news, here on VAVEL.