We hope you enjoyed the Raya2 vs Morelia matchday 17 of the Liga MX Expansion League. Continue to visit the VAVEL portal to stay up to date with all the information that comes up throughout the day.
8:59 PM6 months ago

The match between Morelia and Raya2 ends, the team from Monterrey is eliminated from the competition. Morelia scored in the last minutes of the match and eliminated the team coached by Aldo De Nigris.
8:45 PM6 months ago

LAST TEN MINUTES OF THE MATCH! Rayados' life is over, if they don't score the winning goal, the tournament is over for the gang.
8:34 PM6 months ago

20 MINUTES LEFT! Time is running out for Rayados, and little by little the drama begins for the home team.
8:22 PM6 months ago

WHAT RAYA2 MISSED! Juan Vega flies in and spares Morelia. He missed the winner.
8:16 PM6 months ago

Jaziel Huerta is yellow carded. Los Raya2 continue to try to score the goal that will put them in the playoffs, while Morelia defends their goal.
8:08 PM6 months ago

THE SECOND HALF BEGINS!

The second half kicks off from the Steel Giant's turf, both teams are tied at 0-0 at the moment.
7:49 PM6 months ago

Raya2 and Atlético Morelia played to a scoreless draw at the Steel Giant.
7:40 PM6 months ago

Vergara got off the mark with an extraordinary waist movement and took a shot from the half-moon looking for the goalkeeper's near post, but the keeper was able to make a save and send it to a corner.
7:21 PM6 months ago

Goal that does not count. Morelia had scored the first goal of the match, however, the goal was disallowed due to offside.
7:14 PM6 months ago

RAYA2 IS SALAVA SALAVA! Vergara took advantage of Acosta's through ball to generate an attack on the inside left of the field and crossed his shot for goalkeeper Perez to save and send it to a corner.
7:09 PM6 months ago

Sosa broke down the right flank and sent a cross to Martín Barragán, who shot without pressure and sent Raya2's goal into a tizzy as his shot went just past the post.
7:06 PM6 months ago

MORELIA WAS SAVED! Alfonso Alvarado's shot was a biting one, but the ball went just past the post. Morelia continues to drop off the pressure.
7:01 PM6 months ago

The match kicks off on the BBVA pitch in Monterrey, Nuevo León. Los Raya2 go for all or nothing. Morelia wants to close the tournament with a win.
6:51 PM6 months ago

In a couple of minutes we will start with the broadcast of the match: Raya2 vs Atlético Morelia, match corresponding to the 17th round of the Liga de Expansión MX.
6:45 PM6 months ago

The Regio goalkeeper is already on the field ready to warm up for the start of the match.

THE CANARY ELEVEN IS READY!

This is how Morelia will line up at the BBVA stadium to face the Raya2 from Monterrey. 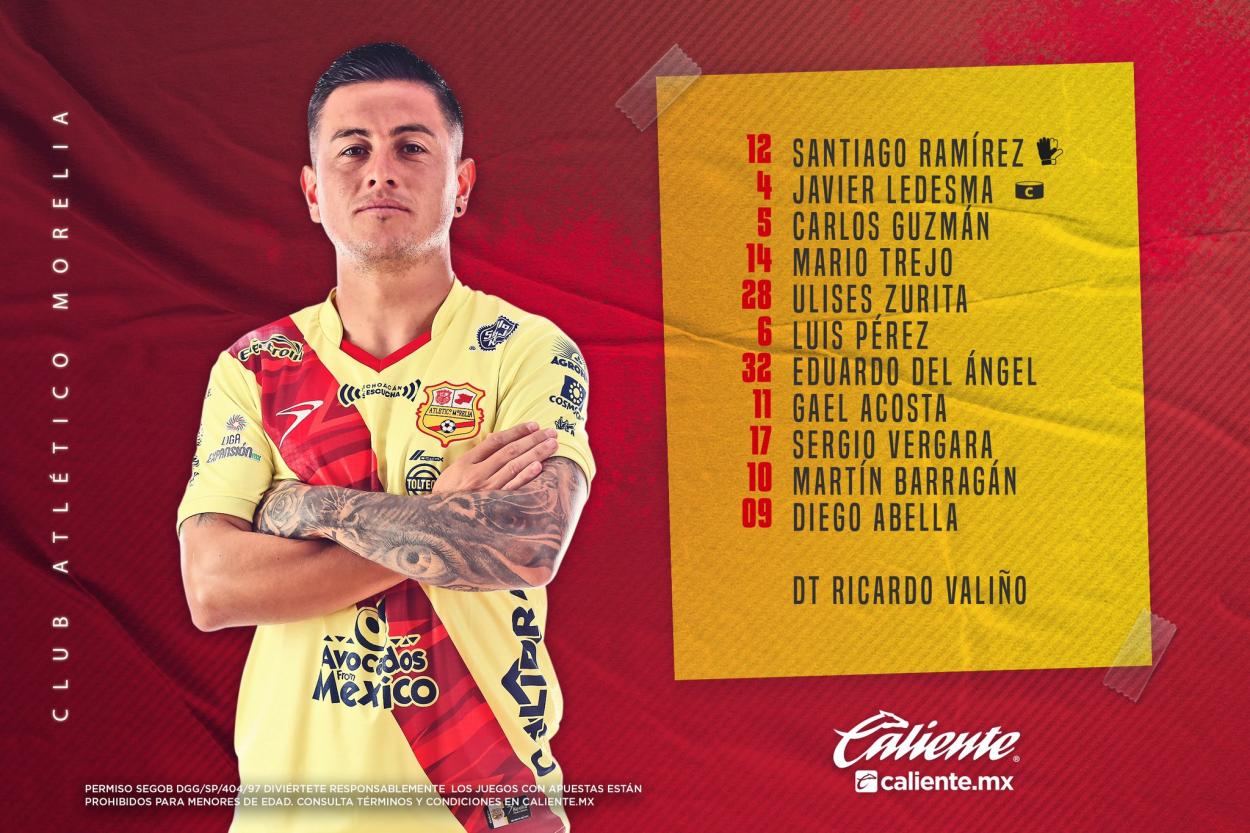 Here is the outlook for qualification

If the albiazules take a point, they will reach 19, with a difference of -1. They can drop to twelfth place if Mineros and Correcaminos win their respective games. If Tepatitlán wins by more than four goals against UdeG, Tapatío beats Venados by 14 goals or Cancún beats Celaya by 7 goals, Raya2 will be eliminated.

If it loses, it will have to hope that Mineros and Tlaxcala do not draw, Correcaminos falls or draws against Cimarrones, Tepatitlán does not beat Leones Negros and Cancún does not beat Celaya by more than 7 goals.

With 18 points in the 16 games played, the albiazul affiliate is one win away from securing the playoffs to fight for a ticket to the Liguilla. However, if they draw or lose, things will be complicated and they will have to hope for a miracle if their closest pursuers do not win in the last match of the tournament.

De Nigris's team has long since run out of chances of reaching the Playoffs. In fact, prior to the start of the last matchday, the difference between Leones Negros, in fourth place in the tournament, and Monterrey is nine points. The albiazul team will be aiming for ninth place if they win, while Venados loses or draws against Tapatío and Tlaxcala loses or draws with Mineros.

They didn't add up to what they wanted!

The Canaries have 1 win and 2 draws in their last five games. The same results have helped them to get into the qualification zone, however, just like their rival, they are coming from a tough defeat, so it will be very important to say goodbye to the regular phase with a victory.
6:25 PM6 months ago

They haven't won since October 5!

The Raya2 team has had a difficult closing of the championship, accumulating only one victory in their last five games. Their last victory dates back to October 5 of this year when they defeated Tlaxcala by a score of 4-1 at the Steel Giant. From that match, they lost to Dorados, UDG, a draw with Pumas Tabasco and another defeat against the Roadrunner.
6:17 PM6 months ago

For their part, Morelia has been one of the protagonists of the championship and they want to go all the way to the final phase. They have 7 wins, 4 ties and have lost 4 other games.

The Michoacanos are coming from a tough and surprising defeat last week when they received the Coyotes of Tlaxcala, being beaten 1-3, so they have to put that behind them.

THE CANARIES ARE HERE!

Atlético Morelia is also present at the Steel Giant, the Canaries are already qualified to the final phase of the tournament, however, a victory could boost the team's confidence even more, so today they will try to end the Raya2's hopes and return home with a victory. 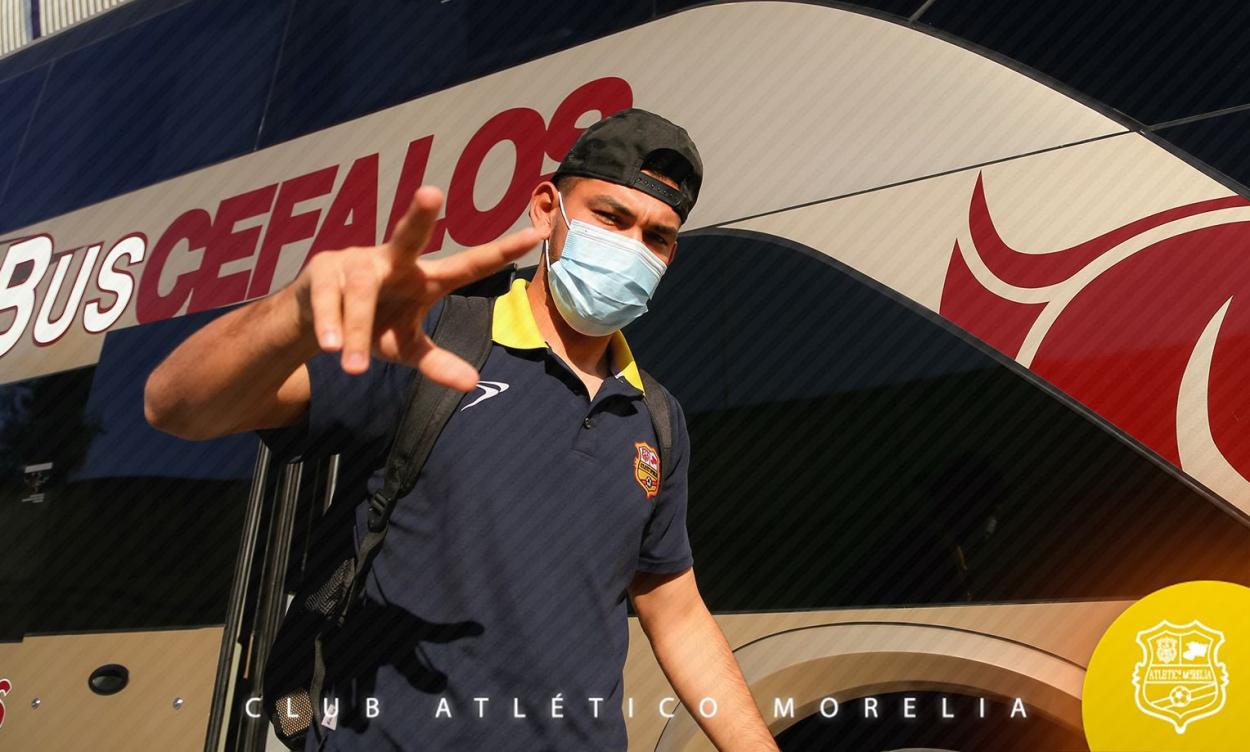 THEY ARE ALREADY AT HOME!

The Raya2 are already in the vicinity of the BBVA to play one of their most important duels of the campaign. If they win, they will qualify for the playoffs; if they lose, they will be out of the tournament. 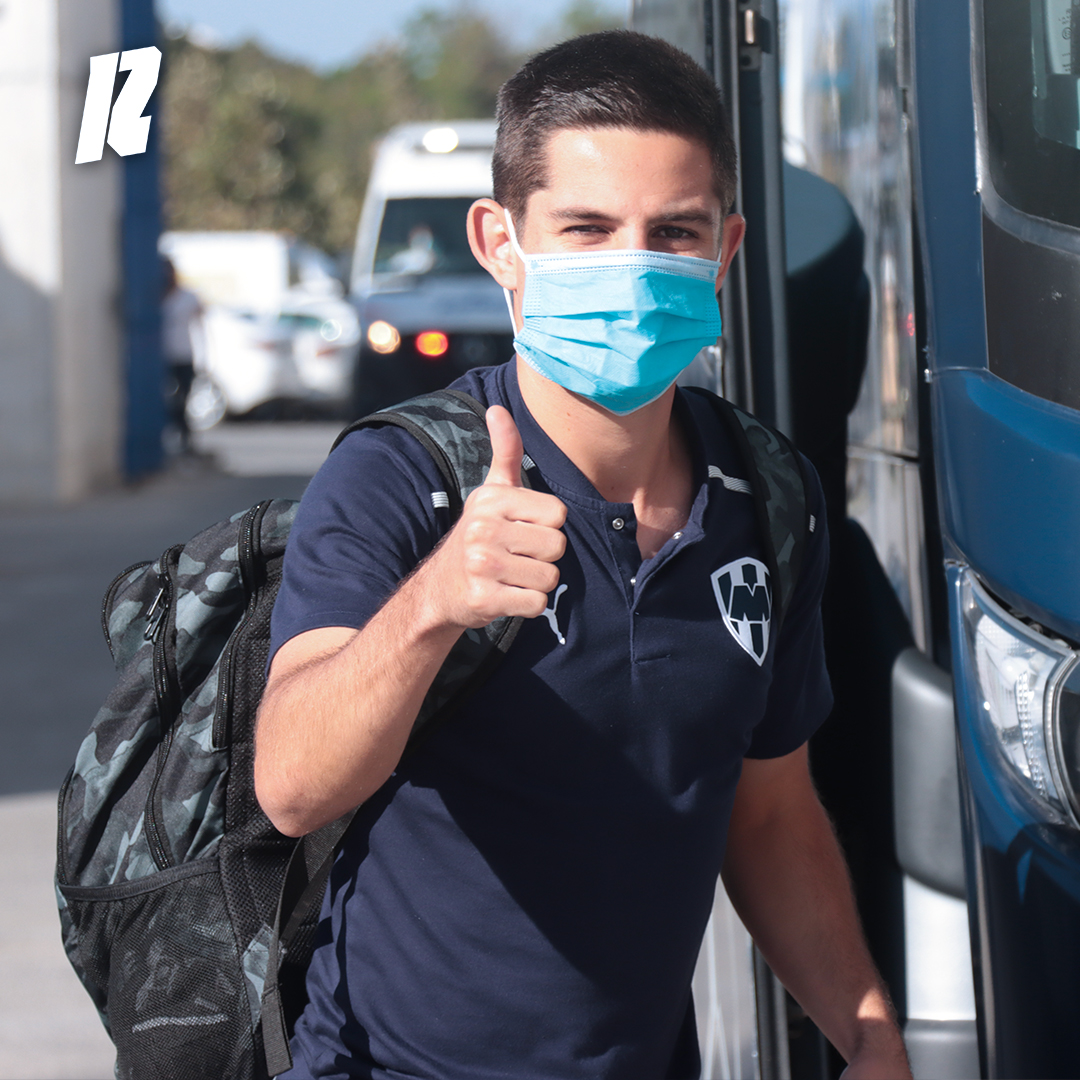 How are the Raya2 team doing?

The Raya2 team has had a very irregular campaign that has them in the playoff zone, but with no margin for error if they do not want to be eliminated. After 15 games, they have 4 wins, 5 draws and have been defeated in 6 games.

Los Regios are coming off a tough defeat last matchday when they visited Correcaminos and were beaten 2-1.

The wait is over, action resumes in the Liga de Expansión MX between Monterrey Raya2 and Club Atlético Morelia. Both teams will play their last match of the season. On the one hand, the locals will have to go in search of the three points if they want to earn a place in the playoffs, on the other, Morelia, already assured of a place, will be looking to finish the tournament in the right way.
8:22 PM6 months ago

Do not miss a detail of the match with the live updates and commentaries of VAVEL. Follow along with us all the details, commentaries, analysis and lineups for this Raya2 vs Morelia match.
8:17 PM6 months ago

What time is Raya2 vs Atlético Morelia match for Liga Expansión MX?

This is the start time of the game Raya2 vs Morelia of 16th November in several countries:

Watch out for this Atlético Morelia player:

Formed in the Puebla youth academy, with a stint with the Diablos Rojos del Toluca and current Atletico Morelia killer, Diego Abella Calleja will be the player to watch for this match. He has played 13 games so far, in which he has played 5 games as a starter and scored 5 goals, averaging a goal every 134 minutes. He also has 2 yellow cards. The native of Córdoba, Veracruz could be the one to tip the balance in favor of the visitors and put the last nail in Raya2's coffin. 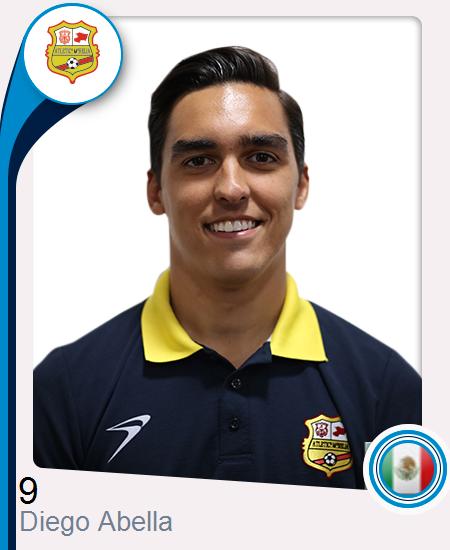 Watch out for this Raya2 player:

One of the future jewels of the gang and little by little he has begun to shine in the Regia institution, José Alfonso Alvarado Pérez will be the player to watch for this match. The native of Sinaloa has seen action with the first team of Monterrey after debuting on August 22, 2018 against Lobos BUAB and having minutes in the different tournament from then on, however, the youth was required in emergency to solve the situation of the Raya2 and that option was effective since in his first 90 minutes as a starter he scored a goal with the regio box so he could tip the scales throughout the match and give the classification to the B box of Monterrey. 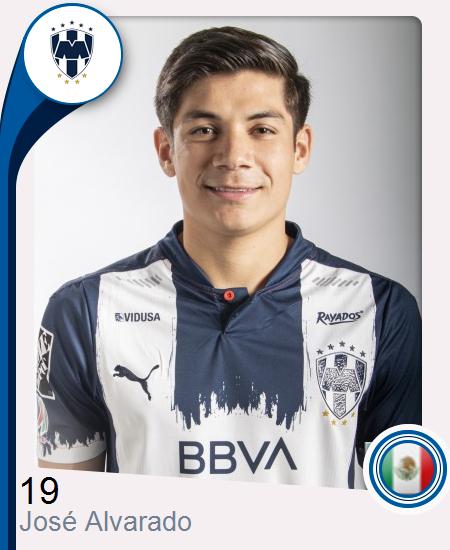 Rayad2 Expansion and Atletico Morelia have never faced each other in all their history, this will be their first confrontation so it will be an attractive match to see the beginning of this rivalry. The main spice for this match is that the locals are playing their qualification to the playoffs and the visitors could be the villains if they come out on top.
7:47 PM6 months ago

For this match, Francia María will serve as the central referee, will be accompanied by Mayra Alejandra and Damaris Saray as the assistants 1 and 2 respectively, finally, Orlando Delgadillo will serve as the fourth referee.
7:42 PM6 months ago

Staying at the top

For their part, Atlético Morelia have had a great season and will be looking to finish the tournament with one more victory to vindicate their confidence heading into the start of the big party in the silver league. The visitors have the thorn in their side of having fallen one step short of glory last season, after losing the final at home and in front of their own fans, which is why in this match they will be looking to give a hard blow to the table and secure third place in the general table. They currently have 28 points from 7 wins, 4 draws and 4 defeats. Likewise, they average a total of 21 goals for and 18 goals against.
7:37 PM6 months ago

To make the Steel Giant weigh

The Monterrey Rayad2 squad will be looking to reach the final phase of the tournament in order to qualify for the big party in the silver league, however, to do so they will have to overcome several obstacles, the first of which is Atletico Morelia. The gang is currently in 11th place overall with 18 points, the result of 4 wins, 5 draws and 6 defeats so far this season. It will be very important for the gang to win this game if they want to have a chance of getting into the playoffs, since Tlaxcala F.C. is in 10th place with one more point than them, and if they do not win, they would be eliminating themselves from the competition. 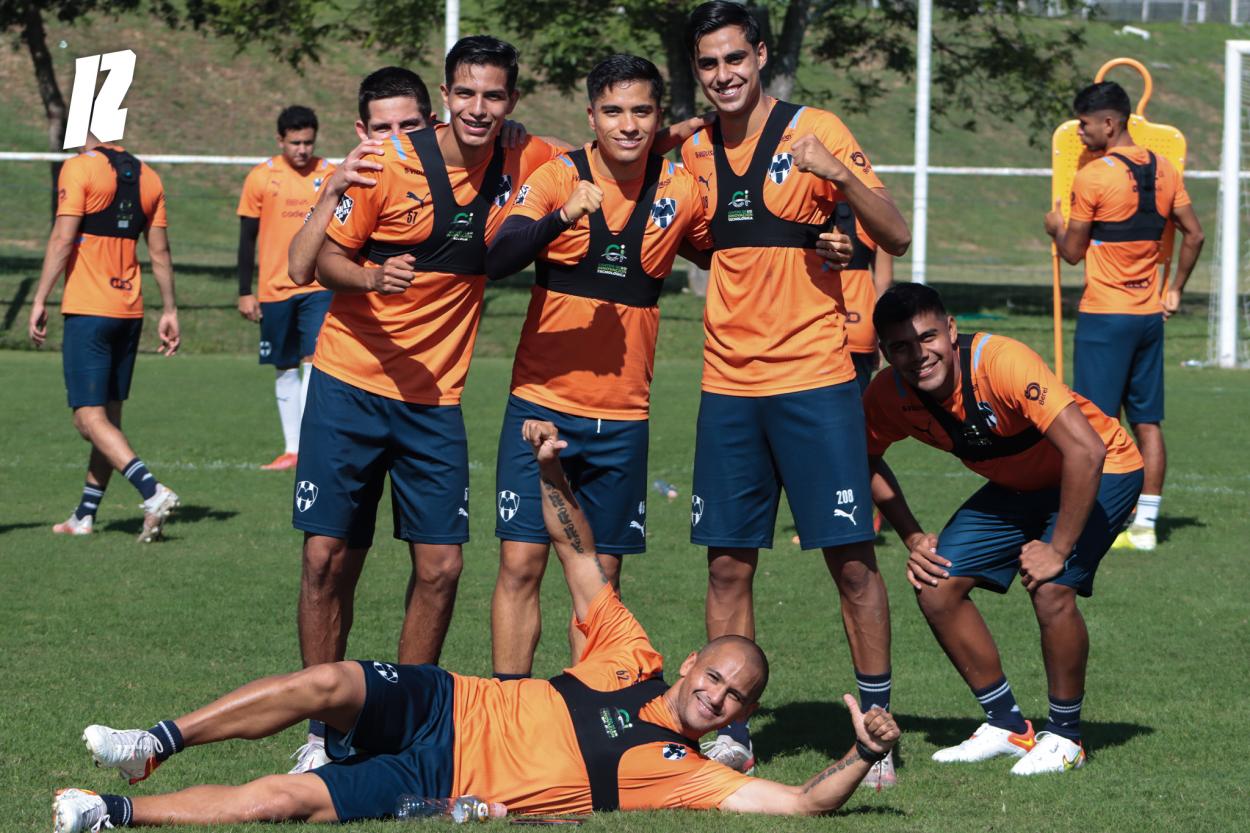 On the one hand, Rayad2 is in 11th place in the overall standings with 18 points and is still hoping to get into the playoff zone to have a chance to aspire to the title in this Apertura 2021. On the other side of the coin, Atlético Morelia is having a great campaign as usual, they are already qualified for the playoffs of the silver league and are currently in third place overall. Different realities and different obstacles for both clubs, the locals with more pressure than the visitors, but both teams have the same dream; to be crowned champions of the Liga de Expansión MX.
7:27 PM6 months ago

The Raya2 vs Morelia match will be played at The BBVA Stadium, in Monterrey, Mexico. The kick-off is scheduled at 18:00 pm ET.
7:22 PM6 months ago

Welcome to VAVEL.com’s LIVE coverage of the 2021 Liga MX: Raya2 vs Morelia!