Thank you for following the broadcast of the game between Oman and Japan in the Asian qualifiers.
12:52 PMa year ago

Even if it was by the narrowest of margins, Japan achieved their goal and took the win away to Oman to earn three valuable points in the Asian qualifiers.
12:47 PMa year ago

Ito closes the pincer inside the six-yard box and sends the ball into the net to make it 1-0.

Nayakama with an impact inside the box that is deflected by the defender and ends up in the corner.
12:22 PMa year ago

Al-Yahmadi and Fawaz are in.

Al-Alawi and Rabia Al-Alawi come out.

Furahashi and Nakayama are in.

Nagatomo and Minamino out

The VAR reviewed a possible penalty that in the end was not sanctioned at all.
12:02 PMa year ago

Endo Wataru makes a strong tackle and the Japanese is cautioned.
11:52 AMa year ago

Minamino had the first, but his shot went wide of the area and he wasted the chance.
11:47 AMa year ago

Tanaka Ao took advantage of the rebound from a corner kick to shoot the ball high and wide.
11:42 AMa year ago

The second half begins between Oman and Japan.
11:37 AMa year ago

Foul on goalkeeper Faiyz Al Rashidi as he tried to make a quick clearance.
11:22 AMa year ago

The game has ceased to have insinuations on the opponent's goal due to the tightness that has become in the midfield.
11:17 AMa year ago

Issam Al Sabhi has been left lying on the field and there will be a change.
11:07 AMa year ago

Ito Junya arrives at the far post alone, but his right-footed strike sails wide of the goal.
11:02 AMa year ago

Now Osako Yuya takes a shot from outside the box that misses the target.
10:57 AMa year ago

Ito with a dangerous service to the far post that is denied by the defense.
10:47 AMa year ago

A delayed diagonal inside their own penalty area is cleared by the Japanese defense.
10:42 AMa year ago

Tanaka Ao's half-volley from outside the area hit the defender.
10:37 AMa year ago

The match between Oman and Japan kicks off.
10:32 AMa year ago

We are minutes away from the start of the game between Oman and Japan in the Asian qualifiers for the Qatar 2022 World Cup.
10:27 AMa year ago

Results at the moment

Two games have already been played in these qualifiers:

Two games are in progress at halftime

And still to be played: Syria vs Iran.

This was the arrival and field reconnaissance of the team of the rising sun, which has an unbeatable opportunity to get three points that will put them ahead of leaders Saudi Arabia and Australia.

This is what the Sultan Qaboos Sports Complex Stadium looks like a few minutes before the match takes place. 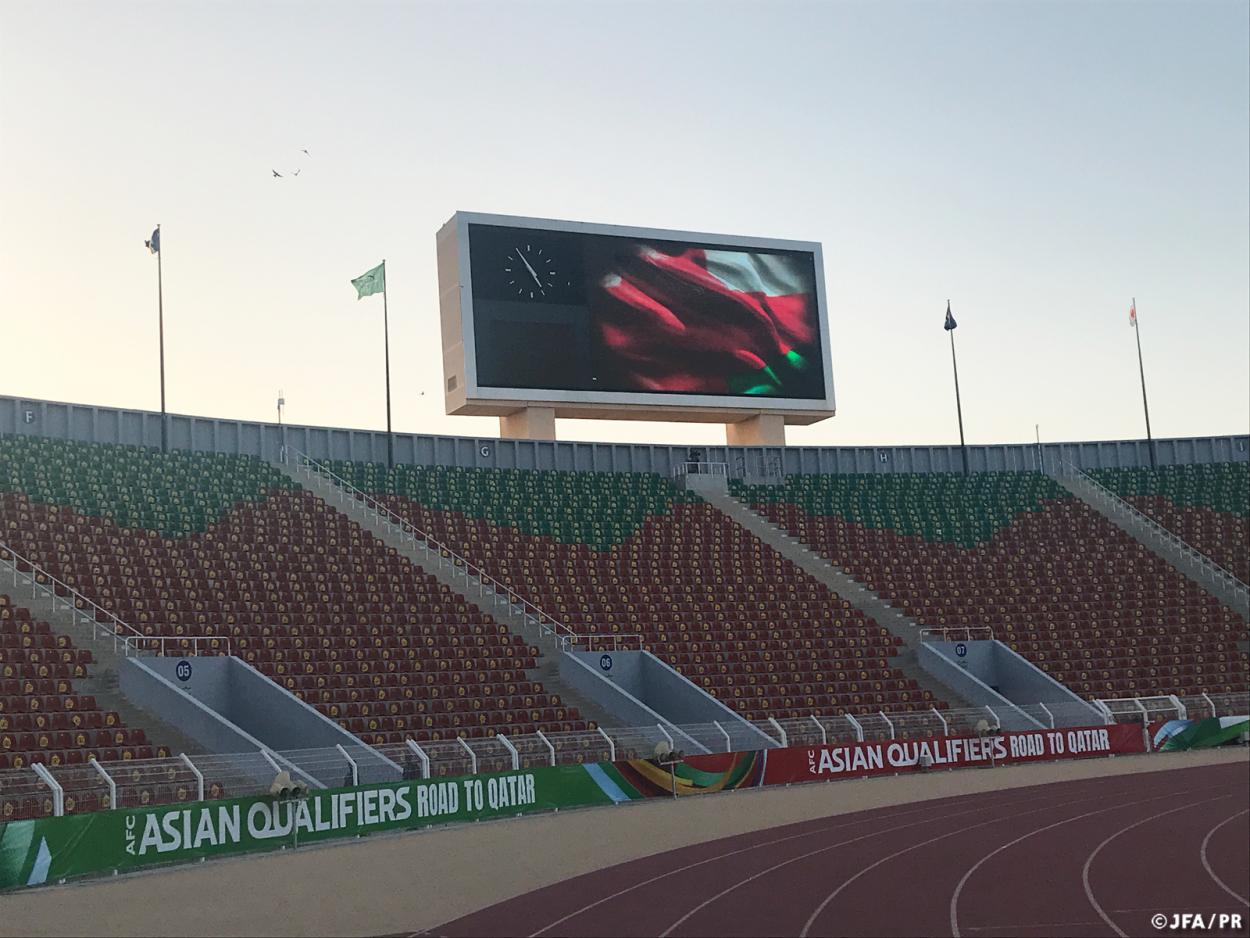 It should be recalled that the first meeting between these two teams in the qualifiers took place a few months ago in Japan, where Oman pulled off a shock victory by the minimum difference with a goal by Issam Al Sabhi, so this Tuesday they will try to repeat the feat to climb positions in the standings.
9:47 AMa year ago

Japan has won three of its last four games, which has put it back on track in the playoffs in third place after a dismal start that alarmed all Japanese fans.
9:42 AMa year ago

A crucial match for Japan on Tuesday, where they have to win against an Oman team that also dreams of attending the Qatar 2022 World Cup. We begin with coverage of the game.
9:37 AMa year ago

Do not miss a detail of the match with the live updates and commentaries of VAVEL. Follow along with us all the details, commentaries, analysis and lineups for this Oman vs Japan match for the Qatar 2022 World Cup Qualifiers.
9:32 AMa year ago

What time is Oman vs Japan match for Qatar 2022 World Cup Qualifiers?

This is the start time of the game Oman vs Japan of 16th November in several countries:

Although Japan has won four of their last five matches, they have already met in this qualifier on Japanese soil, where Oman pulled off the upset by winning by the narrowest of margins to take all three points.

His contribution and experience in recent matches has been reflected in a better defensive performance, also the player of Stuttgart of Germany, Wataru Endo, has the specialty of being a risk player in fixed tactical plays. 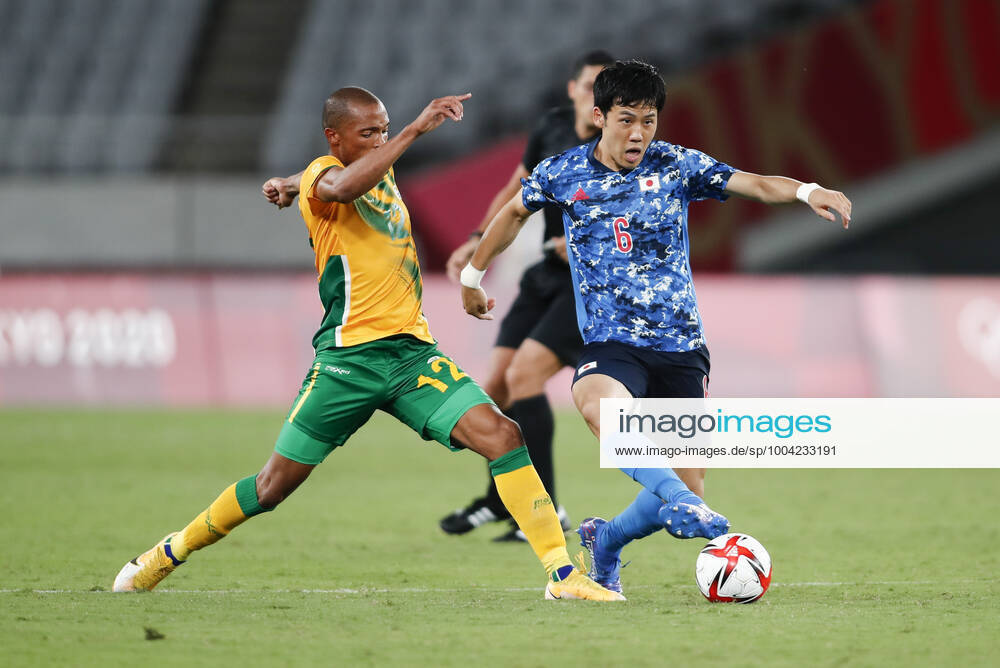 Watch out for goalkeeper Faiyz Al-Rushaidi, who is expected to have a lot of work to do against the Japanese and whose saves will be key to keep the game tight in order to get a positive result. 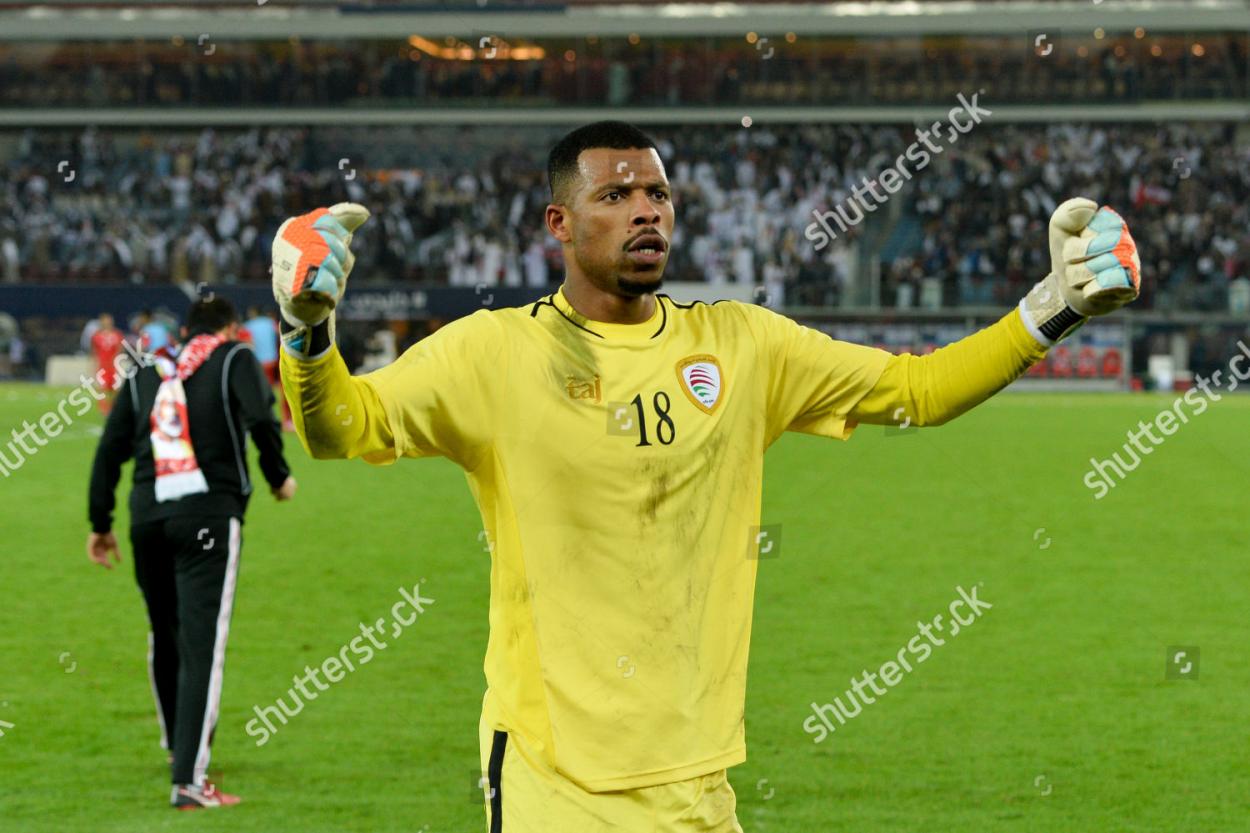 Japan have failed to convince and failed to get the desired results, but they are third in the standings with nine points and are coming off two straight wins, at home against Australia and recently away against Vietnam.
8:57 AMa year ago

Despite everything, Oman is currently in the qualification zone and this game is crucial as they are only two points behind Japan and could overtake them with a win, hence the importance of this game.
8:52 AMa year ago

The Oman vs Japan match will be played at the Sultan Qaboos Sports Complex Stadium, in Mascate, Oman. The kick-off is scheduled at 11:00 am ET.
8:47 AMa year ago