We hope you enjoyed watching the Philadlephia Union vs New York Red Bulls MLS Play Offs. Keep checking back on VAVEL.COM for updates throughout the day.
5:14 PMa year ago

The match ends, Philadlephia Union gets the winning goal in the last minutes of the second overtime through Glesnes who becomes a hero.
5:08 PMa year ago

GOOOOOOOOOOOLAZOOOOOOO Philadelphia Union scores the game-winning goal in the closing stages of the match to advance to the next round of the Play Offs.
5:01 PMa year ago

INCREDIBLE GOALKEEPER! Blake comes up big again and keeps his goal from falling after saving a ball from Duncan. Philadelphia is still alive!
4:54 PMa year ago

The second half of extra time begins, this is the last chance for both teams if they want to avoid a penalty shootout.
4:52 PMa year ago

The first 15 minutes of the first overtime ended and both teams are still tied at the moment.
4:41 PMa year ago

AGAIN THE VISITOR FORGIVES! Patrik Kimala headed alone towards the goal and missed his shot, crashing it into goalkeeper Blake.
4:38 PMa year ago

The referee blows the whistle and action resumes, Philadelphia and New York will look to score the first of the match in these first 15 minutes.
4:32 PMa year ago

The match ends, Philadelphia Union and New York Red Bulls go to overtime after a scoreless draw in the 90 minutes.
4:28 PMa year ago

The referee adds 5 minutes to the clock. The game starts to set up more for overtime.
4:20 PMa year ago

WHAT PHILADELPHIA MISSED! Sergio Santos Gomes got into the six-yard box and miskicked his shot over the crossbar after leaving the goalkeeper beaten.
4:18 PMa year ago

Last 10 minutes of the match! Little by little we are reaching 90 minutes, so far the match remains tied. If it continues like this, there will be extra time and penalties if necessary.
4:14 PMa year ago

NO CRIME. The VAR decides that no penalty kick can be awarded and play is restarted.
4:03 PMa year ago

CHANGE IN THE HOME TEAM! Youth player Pantex Aaronson comes out and Sergio Santos Gomes comes in.
3:55 PMa year ago

THE ONE THAT PHILADELPHIA MISSED! Aaronson went past defenders and took a shot from outside the box, but again the shot went just wide of the goal.
3:50 PMa year ago

Fabio once again created danger from the edge of the box, but Paswell saved and pushed the ball as far away from the home side's goal as possible.
3:43 PMa year ago

The second half begins, both teams are still tied 0-0. If the tie continues, their ticket will be up for grabs in a penalty shootout.
3:26 PMa year ago

First half ends at Saburu Park, Philaelphia Union and New York RB tied 0-0 at the moment.
3:22 PMa year ago

Cásseres gets off a weak header and the shot ends up in Blake's hands. The match is still 0-0 with little arrivals and intensity from both teams.
3:13 PMa year ago

Again Aaronson appears in the six-yard box and hits a volley that ends up in the stands.
3:09 PMa year ago

Philadelphia is knocking on the door again! Aaronson put in a dangerous cross that went all over the area, but the Red Bull defensive saga cleared correctly.
3:03 PMa year ago

Fabio receives a shot with his back to the goal, turns and sends a shot that goes over the top.
2:55 PMa year ago

NEW YORK IS SAVED! Powels sent a bomb that crashed into the great figure of the goalkeeper. Philadelphia has already knocked on the door.
2:43 PMa year ago

First arrival of the Bulls! Duncan dribbles down the left side of the field but the goalkeeper keeps the ball in the right way.
2:39 PMa year ago

The ball is rolling, Philadelphia Union and New York Red Bulls are fighting for a ticket to the next round of the MLS Play Offs.
2:32 PMa year ago

The ball is rolling, Philadelphia Union and New York Red Bulls are fighting for a ticket to the next round of the MLS Play Offs.
2:20 PMa year ago

In a couple of minutes we will start with the Philadelphia Union vs New York Red Bull; duel corresponding to the MLS Play Offs.
2:12 PMa year ago

The New York Red Bull team is already warming up before kickoff.

Left back Kai Wagner is suspended for this match after picking up his eighth yellow card of the season in the final game against New York City two weeks ago.
Ilsinho and Sergio Santos will remain sidelined for Philadelphia with the attacking duo suffering muscle injuries, but could figure later in the playoffs if their teammates can progress. The host midfield three is likely to consist of Leon Flach, Jose Andres Martinez and Alejandro Bedoya, while Przybylko will lead the line.

The New York Red Bulls also have suspension issues, as midfielder Sean Davis will be forced to sit out Saturday and is likely to be a major miss after starting all 34 Red Bulls games this season. Aaron Long continued to be absent due to injury, but Struber will certainly set his team up in a 3-4-3 formation with Andrew Gutman, Sean Nealis and Andres Reyes making up the back line.

This is how the venue where the first MLS playoffs will be played looks today, the grass is in perfect condition to host one more game between Philadelphia Union and New York RB. 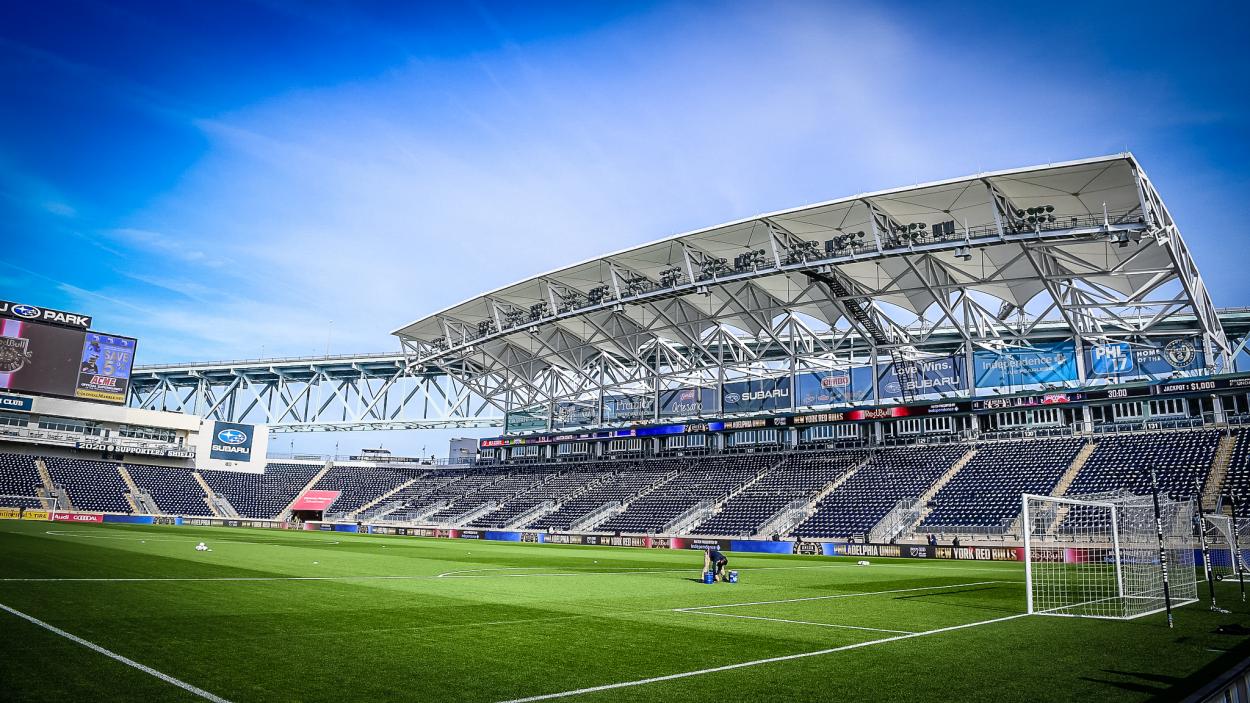 This is how the visiting team from the Big Apple will start, looking to take away the ticket to the next round of the Play Offs from the local team.

How are New York RB coming along?

Here's how the Philadelphia Union start!

This is how the home team will come out looking to get their pass to the next round of the Paly Offs.

How are New York RB coming along?

The fans are coming to the venue!

Little by little, the fans begin to arrive at the stadium to support their hometown team. Today Philadelphia could take advantage of the home field and make it reflect on the scoreboard. 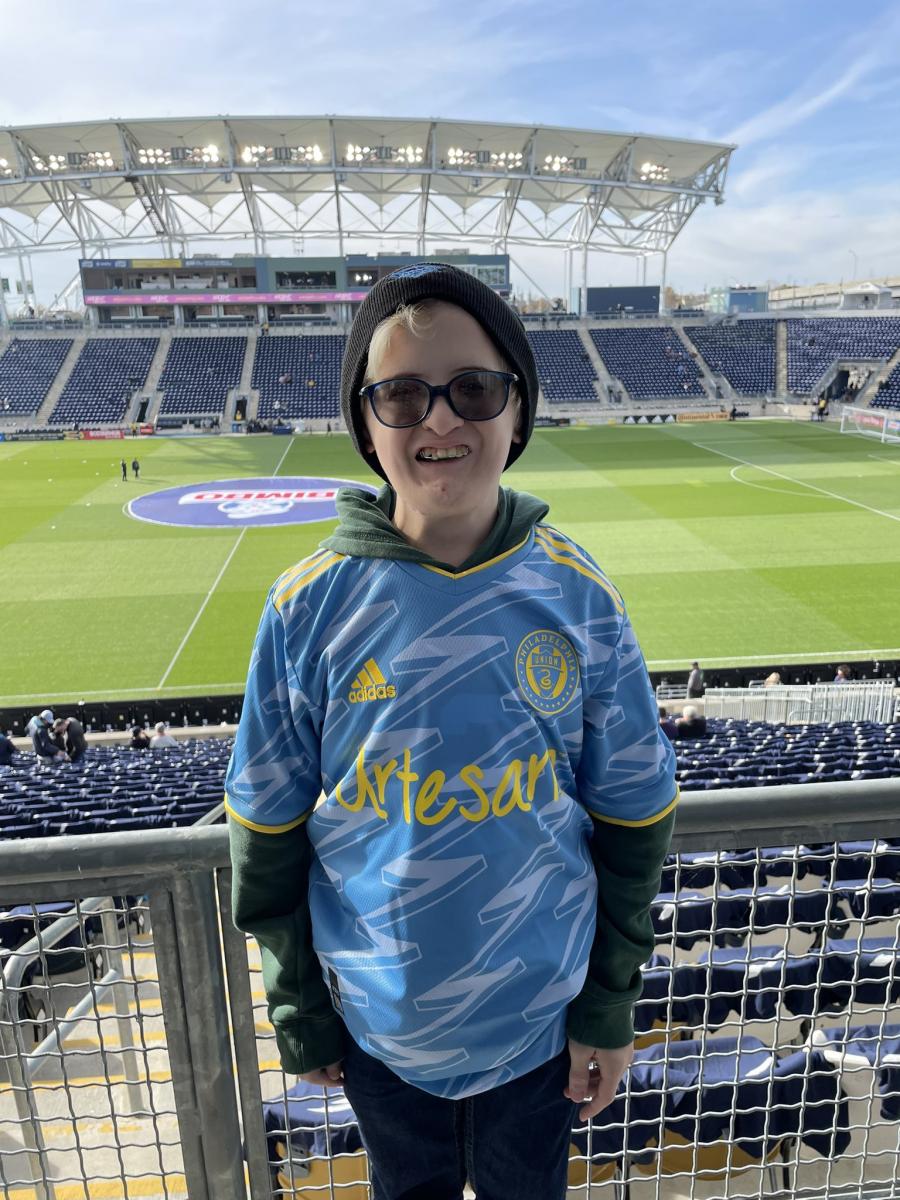 THEY'RE ALREADY AT THE STADIUM!

New York RB's team is already checking out the field that will witness a great game today, the Playoffs are starting!

How does the Philadelphia Union fare?

The wait is over. The MLS playoffs kick off between Philadelphia Union and New York Red Bulls. Both teams made it to this stage of the tournament and today they will look to continue advancing towards the championship of the 2021 season.
1:23 PMa year ago

Do not miss a detail of the match with the live updates and commentaries of VAVEL. Follow along with us all the details, commentaries, analysis and lineups for this Philadelphia vs New York RB match.
1:18 PMa year ago

What time is Philadelphia vs New York RB match for MLS?

This is the start time of the game Philadelphia vs New York RB of 20th November in several countries:

Watch out for this New York RB:

Andrew Gutman will be the player to watch for this match, the united statesman is one of the most regular players on the left side of the Bulls and is characterized by his great speed in attack and defense. Also, thanks to him his team got three golden points so he could tip the scales in favor of his team at any moment. 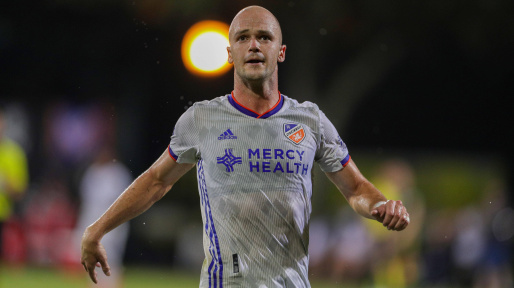 Watch out for this Philadelphia player:

Kacper Przybyłko is in a good moment, as he has scored 11 goals, one of them giving the victory to Philadelphia Union, likewise, he has become an essential piece for his D.T and could tip the balance in favor of his team. 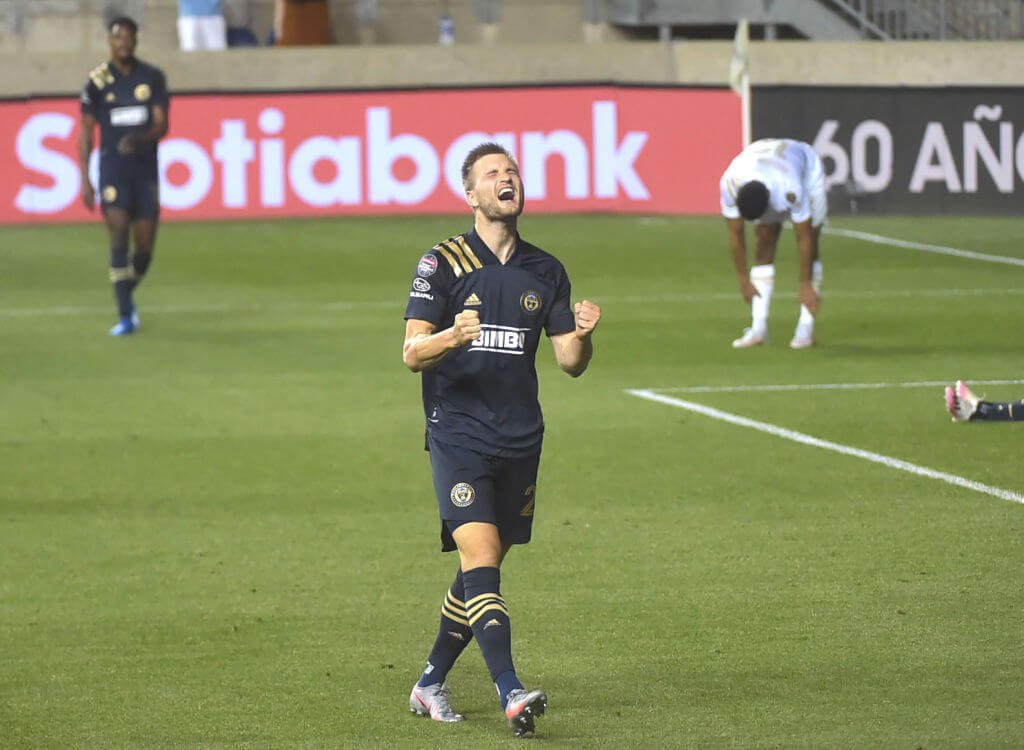 Philadelphia Union and New York have met on a total of 37 occasions (14 wins for New York, 9 draws and 14 wins for Philadelphia) where the scales have not tipped to either side, so this will be one of the most even duels in the season. In terms of goals, in the thirty-seven matches played there have been goals, with 51 goals for the visitors and 50 for the locals. Their last meeting dates back to matchday 6 of the current season, where both teams drew by the minimum goal on the scoreboard.
12:48 PMa year ago

For this match, Anthony Taylor will be who will serve as the central referee, will be accompanied by Gary Beswick and Adam Nunn as the assistants 1 and 2 respectively, finally, Craig Pawson will serve as the fourth referee. In the VAR, referees Stuart Attwell and Constantine Hatzidakis will be in charge of monitoring any dubious play inside the box or that merits a red card.
12:43 PMa year ago

On the other hand, New York RB has gone from strength to strength so far this season and everything seems to indicate that they will fight for this end of the regular season to secure a place in the MLS Play-Offs, also, they are in high spirits after having drawn away against Nasville, so it will be an important mission to recover and get the three points to get away from their pursuer. Currently, the team is in 7th place overall, being the last place with a ticket to the conference play-offs with 48 points obtained from 13 wins, 9 draws and 12 defeats. They also have 39 goals scored and 36 conceded, making them one of the most balanced teams in MLS. 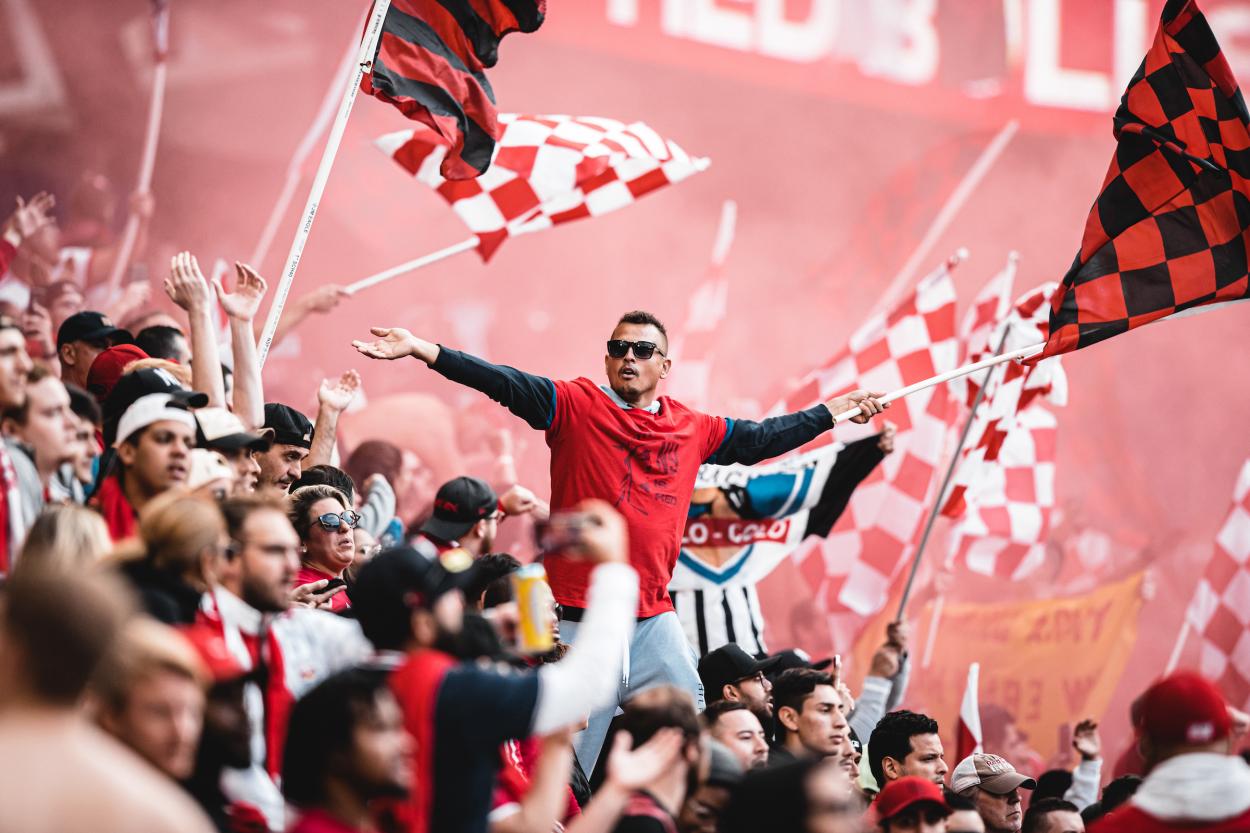 The Philadelphia Union have had a good season so far this season, so far they have shined in their conference, being one of the teams that are at the top of the general table. They are currently in 2nd place out of 14 with 54 points, which have come from 14 wins, 12 draws and 8 losses. They are also one of the most solid defensively, with 48 goals scored and only 35 conceded by the Philadelphia-based team. With a place in the MLS Play-offs already secured, this team will only have to go out and play in the MLS Play-offs.
12:33 PMa year ago

A new matchday will start for the Philadelphia Union and the New York RB, so far in the Eastern Conference everything is going as it was a few days ago, however, this is something relatively good for these two teams since they are at the top of the general table of their conference in positions 2 (Philadelphia Union) and 7 (New York RB), also, both teams are among the highest scorers in the MLS, so this will be a duel where the best offense can give the victory to their team.
12:28 PMa year ago

The Philadelphia vs New York RB match will be played at Sabaru Park Stadium, in Pensilvania, USA. The kick-off is scheduled at 14:30 pm ET.
12:23 PMa year ago

Welcome to VAVEL.com’s LIVE coverage of the 2021 MLS: Philadelphia vs New York RB!