SHE3
END5 hours ago

Thank you for following the Conmebol qualifiers between Chile and Ecuador.
9:12 PMa year ago

Dreaming of the World Cup

Ecuador earned three valuable points against Chile that put it in an excellent position to qualify in the next few rounds and return to the World Cup.
9:07 PMa year ago

Moisés Caicedo from just outside the box slammed the ball into the back of the net to make it 2-0 and seal the victory.

Estrada missed it. Ecuadorian counter-attack where the striker takes a shot from outside the area and the ball goes wide.
8:47 PMa year ago

Franco and Sarmiento come out

Núñez's shot from half distance goes wide of the goal.
8:27 PMa year ago

The ball fell to Estrada inside the area, but his right-footed shot went wide when it looked like it might have been more.
8:17 PMa year ago

Jean Menezes, player of Leon and Chile, has been painted yellow.
8:12 PMa year ago

Claudio Baeza's shot from half distance goes over the goal.
8:07 PMa year ago

The second half begins between Chile and Ecuador.
7:57 PMa year ago

Five more minutes are added and Alan Franco has been cautioned.
7:47 PMa year ago

Ángel Mena had a chance in front of the goal and hit it with a crushed shot, so the ball went wide.
7:42 PMa year ago

Sánchez and Valdés come out.

Due to injury, Suazo enters and it was all for Mena. Change of Chile.
7:32 PMa year ago

Castillo is fouled just outside the area and the Ecuador player receives a yellow card.
7:27 PMa year ago

Chile had a chance to equalize, but Alexander Domínguez made a timely appearance under the three posts.
7:22 PMa year ago

Alan Franco had the second but missed the goalkeeper with a one-on-one shot.
7:17 PMa year ago

Arturo Vidal makes a mistake and is sent off. Chile is down to one man.
7:12 PMa year ago

Pervis Estupiñán with a low cross shot that beats the goalkeeper to open the score 1-0.

Estrada took off the goalkeeper, but he ran out of field. He asked for a foul that was not sanctioned.
6:57 PMa year ago

The match between Chile and Ecuador begins.
6:52 PMa year ago

The national anthems of Ecuador and Chile are sung, respectively.
6:47 PMa year ago

Results at the moment

Two matches have already ended: Bolivia 3-0 Uruguay and Venezuela 1-2 Peru; at this moment Colombia and Paraguay and Argentina and Brazil are in the first half with a goalless draw.
6:42 PMa year ago

They thank their fans

Despite the fact that they will be playing as visitors, many Ecuadorian fans made the trip to Chile to support their national team and did so from the very hotel where they were staying.

The fans of "La Roja" have gathered at the stadium to support their team in order to win again at home.

Ecuador is coming off a narrow victory over Venezuela and is in third place with 20 points. A win would take them to 23 points and move them six points behind fourth-place Colombia, with only 12 points left to play for.
6:02 PMa year ago

Chile is currently in sixth place in the standings with 16 points after the results, but a win would move them back to fourth place and put them just one point behind their rivals.
5:57 PMa year ago

Chile and Ecuador face each other in an important match that could make the difference when it comes to the last dates of the Conmebol. We begin with the coverage of the game.
5:52 PMa year ago

Do not miss a detail of the match with the live updates and commentaries of VAVEL. Follow along with us all the details, commentaries, analysis and lineups for this Chile vs Ecuador match for the Qatar 2022 World Cup Qualifiers.
5:47 PMa year ago

What time is Chile vs Ecuador match for Qatar 2022 World Cup Qualifiers?

This is the start time of the game Chile vs Ecuador of 16th November in several countries:

Chile has imposed conditions in the last five clashes with a balance of three wins, one draw and one loss. In these qualifiers, they have already met in Quito and shared points after failing to score.

Toluca's Michael Estrada has not worked with his club, but he has worked with the national team, where he has become the Tricolor's goal man with five goals, some of them of high relevance that have translated into victories that have placed them at the top of the Conmebol qualifiers. 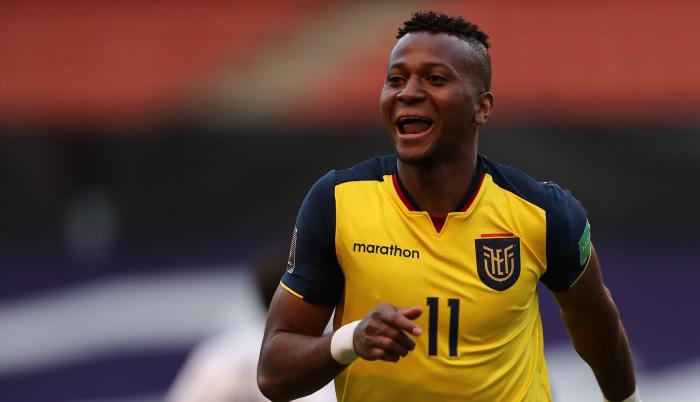 As the years go by, the importance of having a player like Alexis Sanchez in the attacking front, who has just been key in the victory against Paraguay by participating in the goal that went past goalkeeper Silva, is becoming more and more important. 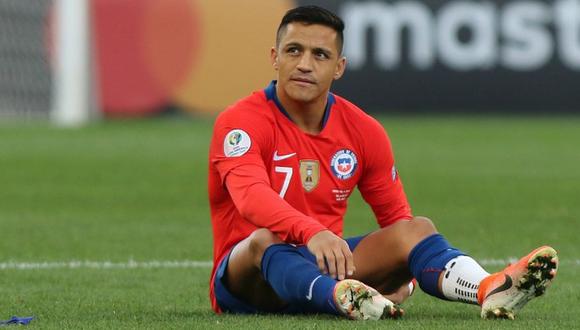 How are Chile and Ecuador doing in the qualifiers?

With its resurgence, Chile has moved into fourth place with 16 points thanks to its better goal difference, while Ecuador is one rung higher, but with 20 points.
5:12 PMa year ago

Ecuador's good qualification could be better if they had a good performance as visitors, a matter that has cost them too much and where they have only scored one point out of the last nine possible by tying with Colombia, but losing with Venezuela and Uruguay; last Thursday they won by the minimum against the Vinotinto team.
5:07 PMa year ago

Three games ago it seemed that Chile would be almost eliminated from the qualifiers for Qatar, but the Andean team has been on a winning streak with three consecutive victories, the last of them last Thursday against Paraguay, which moved them into the top four places and, at a direct rival, winning will be the most important thing.
5:02 PMa year ago

The Chile vs Ecuador match will be played at the San Carlos de Apoquindo Stadium, in San Carlos, Chile. The kick-off is scheduled at 7:15 pm ET.
4:57 PMa year ago