It's over! Canada beats Mexico for the first time.
12:05 AM6 months ago

The goalkeeper again! Córdova doesn't finish well and the goalkeeper prevents another equalizer.
12:03 AM6 months ago

Goalkeeper! Borjen saves the ball on the line and avoids the equalizer.
12:00 AM6 months ago

Goal, goal, goal for Mexico! After Corona's cross, Herrera appeared inside to head the ball into the back of the net.
11:57 PM6 months ago

Gallardo's cross ends up being cut by goalkeeper Borjan.
11:55 PM6 months ago

Mexico seeks to generate danger looking for the first, but fails to reach dangerously.
11:46 PM6 months ago

A dangerous shot by Jiménez, but the ball ended up going over the goal.
11:44 PM6 months ago

Alvarado's cross, but Laryn ends up deflecting the ball.
11:36 PM6 months ago

Gallardo's cross, but Alvarado fails to make the right contact.
11:29 PM6 months ago

Alvarado's cross is headed by Alvarado, but the ball ends up in the goalkeeper's hands.
11:22 PM6 months ago

Goal, goal, goal for Canada! Laryn finishes off the free kick and increases the lead.
11:17 PM6 months ago

The second half gets underway in Edmonton.
11:17 PM6 months ago

First half ends, Canada wins by the margin
10:55 PM6 months ago

Goal, goal, goal for Canada! Ochoa saves a shot, but the ball drifts wide and Larin smashes it home to open the scoring.
10:51 PM6 months ago

Mexico looks for the first, but they are not able to define correctly.
10:45 PM6 months ago

Buchanan arrived with danger, but Ochoa made a great save to keep Canada from shooting.
10:40 PM6 months ago

Close to Mexico! Jorge Sanchez sent in a cross, but the home defense prevented it from creating danger and a good opportunity was missed.
10:34 PM6 months ago

Gallardo's dangerous cross, but the ball ended up in Borjan's hands.
10:29 PM6 months ago

Good save by Ochoa, preventing Canada's offense from shooting at goal.
10:28 PM6 months ago

A filtered ball is send to Lozano, but the latter fails to get there.
10:24 PM6 months ago

Mexico and Canada try, but neither manages to reach and generate danger in the opponent's area.
10:15 PM6 months ago

The match started off quite difficult for both teams, and they were unable to generate any danger.
10:07 PM6 months ago

Canada-Mexico match gets under way
9:59 PM6 months ago

Both teams will be looking to practice before the match and warm up to get ready for the final match of this FIFA matchday.
9:51 PM6 months ago

The Canadians, led by John Herdman, are also already in Edmonton and will be looking to take advantage of the weather and defeat the Mexicans.
9:46 PM6 months ago

Mexico is already present in the Commonwealth; Martino's team will be looking for a return to victory against Canada.
9:41 PM6 months ago

The Canadian property in Edmonton looks like this after the snowstorm in the area. 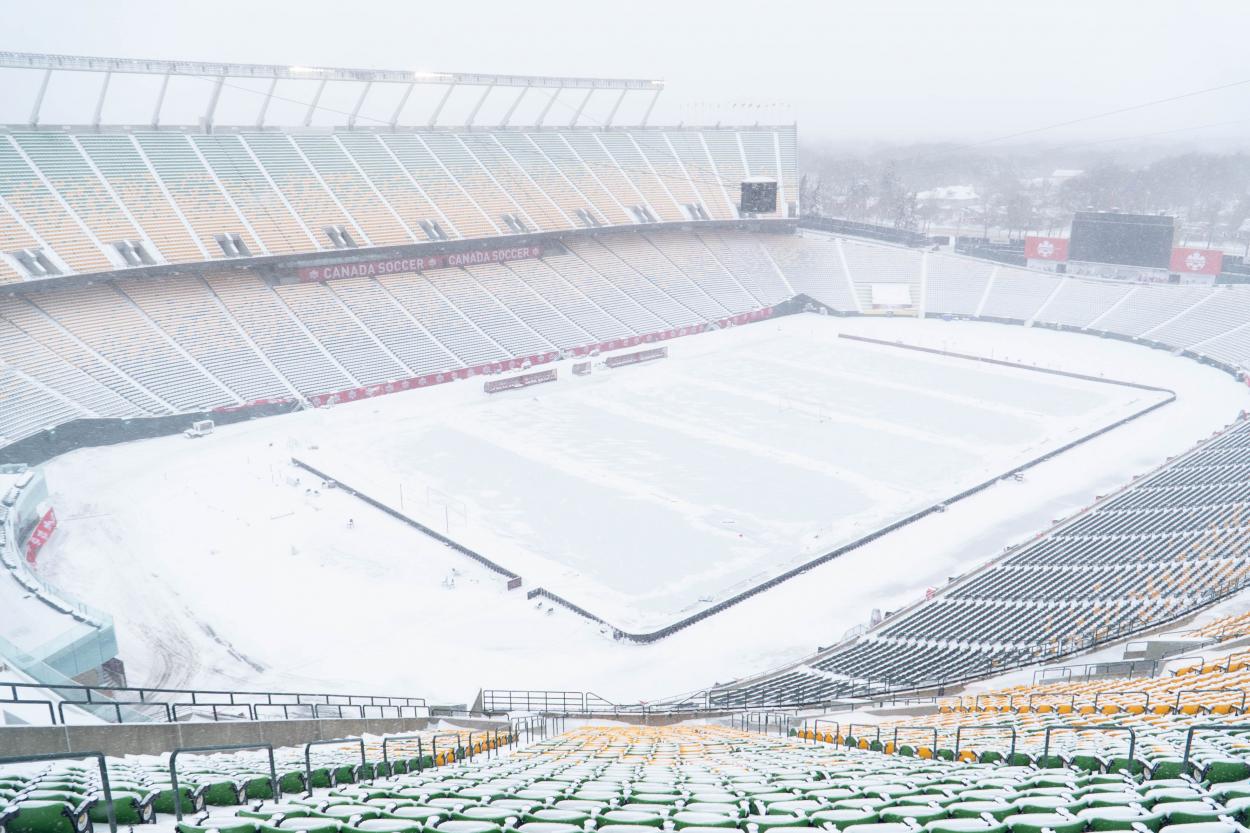 Orbelín Pineda is the one the Canadian saga needs to pay special attention to. The midfielder is the best player on the field in terms of ball distribution and has four goals to his name.
9:31 PM6 months ago

Mexico will face Canada in the midst of very low temperatures, the estimated temperature for tonight is -3 degrees to -9. 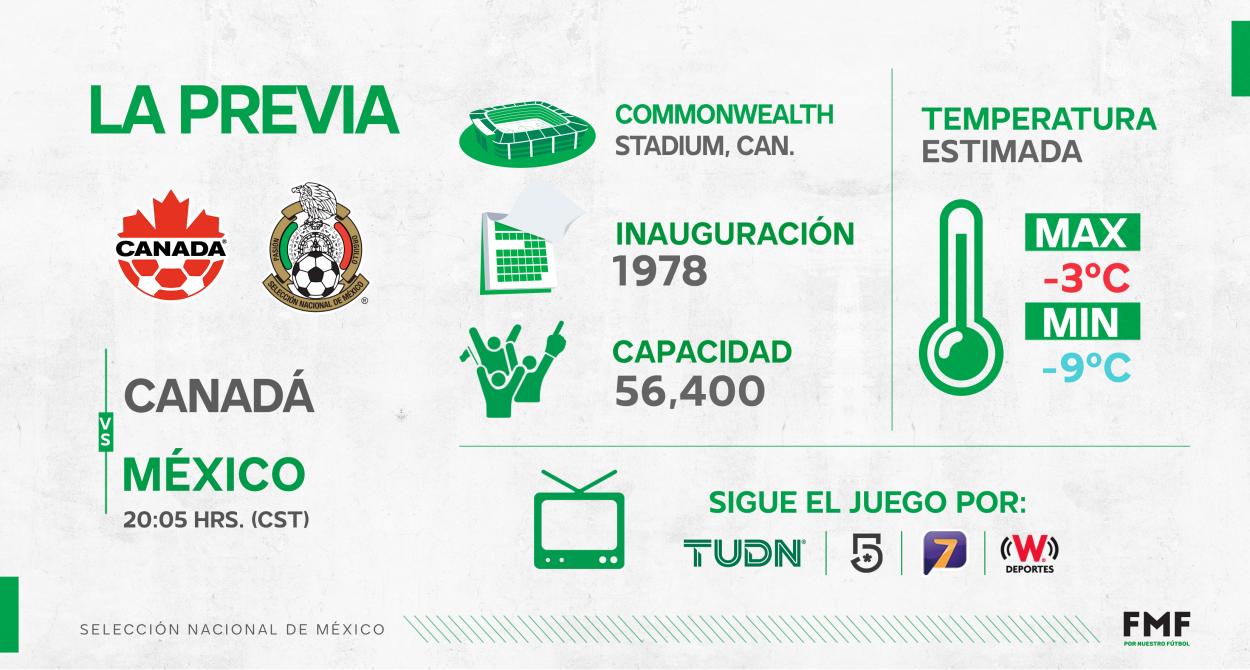 There have been 13 matches between these teams, 9 wins for Mexico and 4 draws; Canada has not been victorious on any occasion.
9:21 PM6 months ago

John Herdman spoke about the weather conditions: "I think the field has been a challenge for both games, but that's not going to matter when we are playing Mexico because it will be a war, they are coming with everything, both teams want to finish first in the group at the end of the year, this is the CONCACAF championship and they are historically the best team and it's a great opportunity for our team, for our country to step up and make a statement".
9:16 PM6 months ago

Welcome to the coverage of the match between Mexico and Canada corresponding to the eighth day of this final round. We will shortly share with you the confirmed lineups, as well as the most relevant information about this match.
9:11 PM6 months ago

The duel between Canada and Mexico will have an extra ingredient that will make the game more difficult for the Mexicans; the temperature will be a key factor, as very low temperatures are expected, in addition to the snow.
9:06 PM6 months ago

He already knows the way

John Herdman spoke prior to this match: "The United States showed us the way, they have three wins in a row against Mexico, that kind of players and that kind of mentality have done a great job. The U.S. coach and I talked about our work and we've learned from that. We have a wounded warrior, they are going to come and challenge us with the best they have, but we are ready for this fight".
9:01 PM6 months ago

Center back Héctor Moreno could not be available for this match. Despite working out in double sessions in order to recover, the Monterrey player ended up being out for this match.
8:56 PM6 months ago

Stay tuned for the Canada vs Mexico live stream

In a few moments we will share with you the starting lineups for Canada vs Mexico live, as well as the latest information from Commonwealth Stadium. Stay tuned for up-to-the-minute live online coverage of the match on VAVEL.
8:51 PM6 months ago

How to watch Canada vs Mexico Live Stream on TV and Online?

If you want to watch the game Canada vs Mexico live on TV, your options is: TUDN.

What time is the Canada vs Mexico CONCACAF Qualifying match?

This is the kickoff time for the Canada vs Mexico match on November 16 in several countries:

Gerardo Martino spoke ahead of the match against Canada: "No (thinking about resigning). It's the first game we've lost in the qualifiers, the team is still in the top places, we only lost the lead on goal difference. The truth is that recognizing that I lead the national team implies wear and tear, I have known it for 25 years, so no, there is nothing that modifies the reasons for which one could resign, it is not due to the wear and tear or not due to the wear and tear of playing elimination matches".

"The reasons for a resignation have to do fundamentally with the decline in the team's performance and lack of response of the players to what the coach and the coaching staff require, none of that happens to us, the other day we played the first half more than correct and we should have won it in that first half".

"The reality is that we have gone in performance from better to worse. We started 2019 and part of 2020 well, it cost us the inactivity due to pandemic, and from June until now we have not been able to see a team that has completed high performance matches. We have not been the team we could see in 2019. There is a lot of work ahead, beyond the fact that times are getting shorter."

"It is not easy to maintain the intensity, especially because of the pace of the match in the first half. There are players who are too important to do without. The U.S. can sustain a high level of intensity with any team, but it's true that with the intensity matched we could have opened the scoring earlier."

"Until last dates the team had 14 out of 18 having played half of them away, we closed the first round with a painful defeat that was with the United States, but we cannot think that because of a lost first game we have to be careful, neither should we expect that after seven games played and only one lost we are at the bottom of the abyss."

Will their place go up?

Canada comes in after a narrow win over Costa Rica to finish in third place; if they beat Mexico, they would pass them and finish this FIFA matchday in second place. 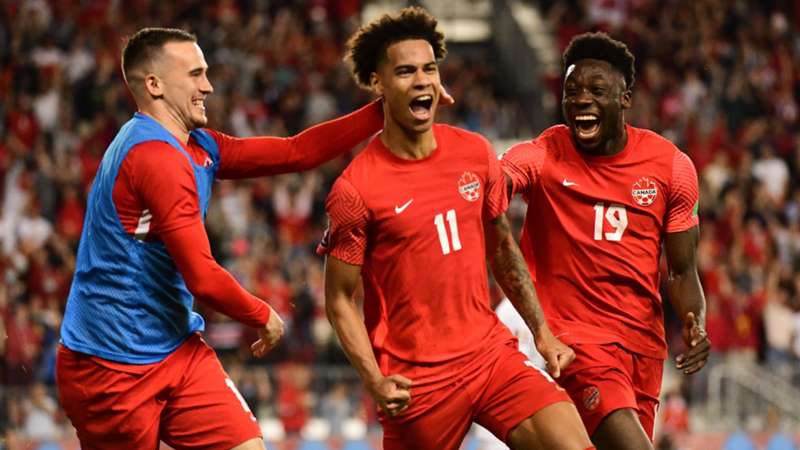 Making it three out of three

Mexico arrives after suffering a heavy defeat against the United States, a situation for which it will seek to return to winning ways in this match. The loss against their similar team pushed them to second place in the standings on goal difference. 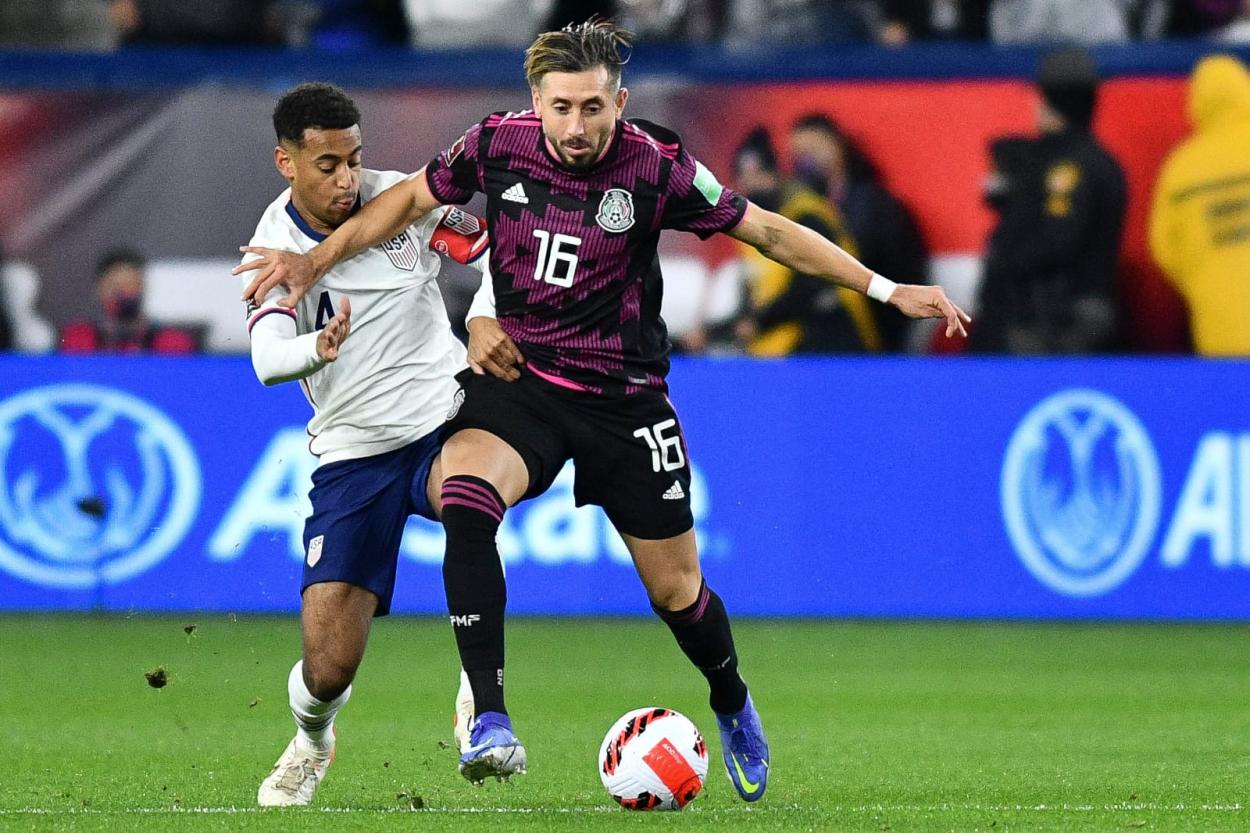 The match will be played at the Commonwealth Stadium.

The Canada vs. Mexico match will be played at Commonwealth Stadium, located in Edmonton, Canada. The stadium has a capacity of 60,081 people.
8:21 PM6 months ago