It's over! Tepatitlán beats Leones Negros on the last day.
7:54 PMa year ago

Guajardo's shot, but the ball goes wide.
7:48 PMa year ago

Alba's header is cleared out of the area.
7:41 PMa year ago

Guzmán's cross, but the defense appears and prevents further danger.
7:33 PMa year ago

Goal, goal, goal for Tepatitlán! Víctor Guajardo scored the first goal of the game with a tremendous free kick.
7:28 PMa year ago

Ceballos' cross, but the ball is too long and he misses a clear opportunity.
7:23 PMa year ago

He's leaving! Paul Bellón prevents Tepatitlán from continuing the play with a foul and the referee shows him the second yellow card and sends him out of the match.
7:21 PMa year ago

Tepatitlán was leading, but the referee signals offside.
7:18 PMa year ago

Mosquera's flick, but the ball ends up in the hands of Lopez.
7:14 PMa year ago

Changes in Tepatitlán. Valadéz and Jorge Mora are replaced by Duvier Mosquera and Víctor Guajardo.
7:14 PMa year ago

The second half began with little clarity for either team.
7:07 PMa year ago

The second half kicked off at Tepa Gómez.
6:51 PMa year ago

At the end of the first half, the score is currently tied.
6:47 PMa year ago

A shot that ends up crashing into Lemus' post.
6:39 PMa year ago

The ball doesn't want to go in, both Tepatitlán and Leones Negros are looking to get in front.
6:26 PMa year ago

The match is very tight in the midfield, both teams are looking for the opponent's goal, but are unable to define correctly.
6:14 PMa year ago

Good intervention by Bellón who delivers the ball to his goalkeeper with his head.
6:06 PMa year ago

Change of Tepatitlán. José Ramírez is replaced by Fernando Ponce.
6:04 PMa year ago

Goal, goal, goal for Leones Negros! José González appears inside the box with an accurate header to open the scoring.
6:02 PMa year ago

The meeting starts in Jalisco.
5:58 PMa year ago

Both Tepatitlán and Leones Negros are already present at the Tepatitlán stadium, where they will be looking for three points to close the tournament.
5:46 PMa year ago

These two teams have only played two matches; of those, Tepatitlán dominates with two victories, a situation that Leones Negros will be looking to reverse. 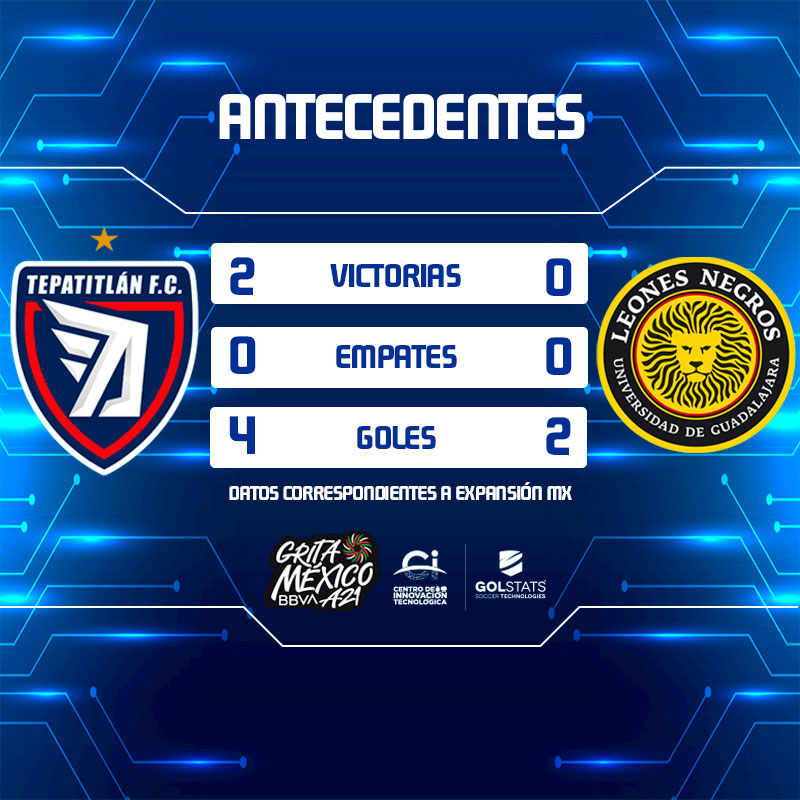 For a better position

Leones Negros will be looking to increase their goal tally by 20 goals, while they have 16 goals against.
5:29 PMa year ago

Tepatitlán comes into this game with 19 goals against and 15 for; this afternoon they will be looking to increase their goals for and avoid an increase in goals against, as well as to make it three out of three.
5:25 PMa year ago

This is what the Gregorio Tepa Gómez stadium looks like, prior to the game against Leones Negros. This match will determine whether or not the local team will be in the playoffs.

Marco Granados leads the Leones' offense, he has 5 goals and will be looking to score and also come out victorious to secure his place in the Liguilla.
5:11 PMa year ago

Víctor Mañón is in charge of the home team's offense; with six goals, Mañón will be looking to continue scoring goals and also achieve the victory to qualify.
5:06 PMa year ago

Welcome to the coverage of the match between Tepatitlán and Leones Negros. This match corresponds to the last matchday and will define the playoffs.
5:01 PMa year ago

Stay tuned for the Tepatitlán vs Leones Negros live stream.

In a few moments we will share with you the Tepatitlán vs Leones Negros live starting lineups, as well as the latest information from the Gregorio Tepa Gómez Stadium. Don't miss any details of the match with VAVEL's minute-by-minute live online coverage.
4:56 PMa year ago

How to watch Tepatitlan vs Leones Negros Live Stream on TV and Online?

If you want to watch the game Tepatitlan vs Leones Negros live on TV, your options is: TUDN.

Alfonso Sosa, coach of Leones Negros, spoke before the match: "We focused on collective strength. They were convinced based on the results, the performance they were bringing to the team. We had to give order to the team, they looked weak. We were structuring".

"There are no easy or comfortable matches. Today was proof of that. We knew that it was important for both them and us to win in order to reach the fourth place, in search of the direct pass. It wasn't easy, neither this one, nor Thursday. But we have it clear.

Francisco Ramírez, Tepatitlán's coach, spoke before the match: "We knew that Pumas was a very complicated team. In the end we looked for a result, we got a draw and now it's up to us to qualify".

"This point keeps us alive. The team has suffered throughout the tournament every time we concede a goal. We are not demotivated and we are focused on trying to qualify."

"There are no easy opponents. All the matches we have played have been complicated, and the next one will be no exception. We are going to fight to the death to qualify".

"Since the preseason it has been complicated for us, but I believe in our work. It is what it is and happily it still depends on us".

Aiming to secure the Liguilla

Leones Negros is also in a great moment; the team coached by Alfonso Sosa will be looking to make it three points from three and take fourth place from Celaya, securing the quarter-final match. 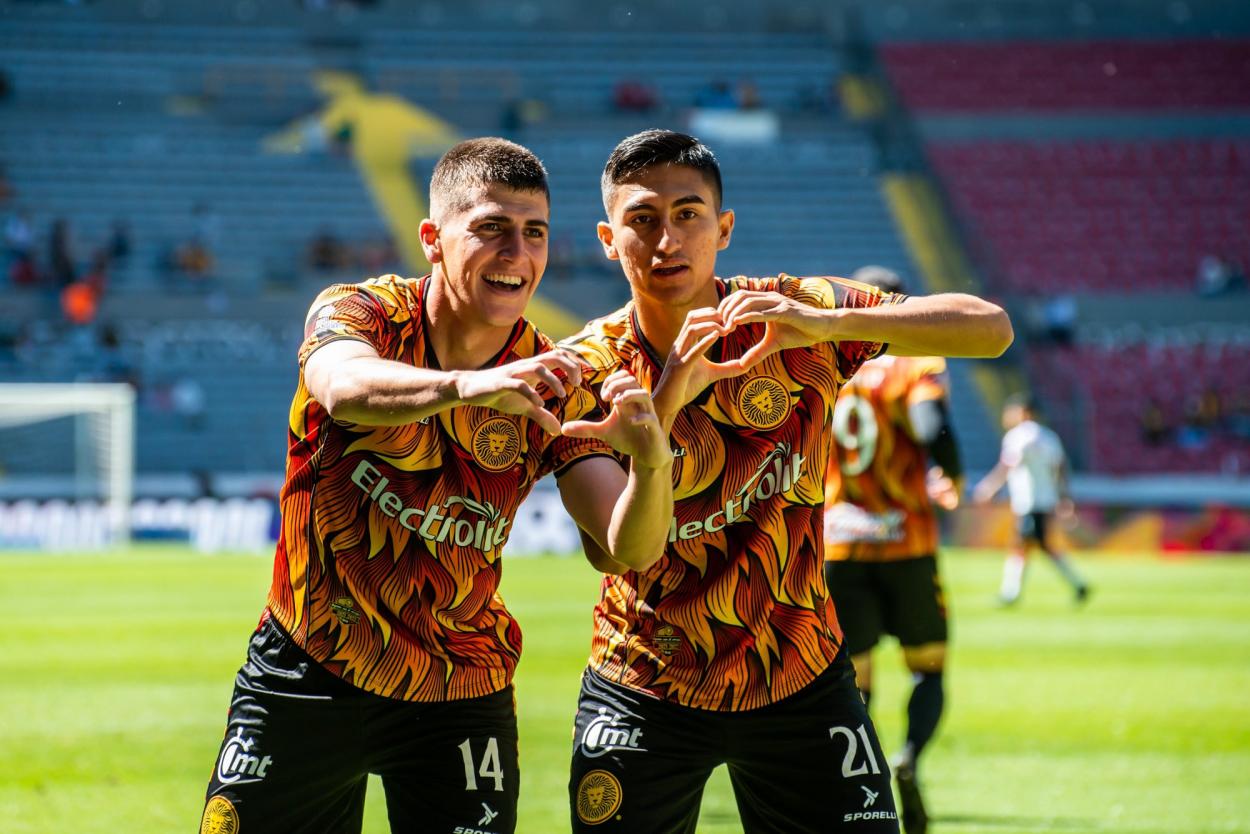 Tepatitlán arrives to this match after tying against Pumas Tabasco; the Jalisco team will be looking to make it three wins out of three and qualify for the playoffs in the last available spot, thus depriving Raya2 of this benefit. 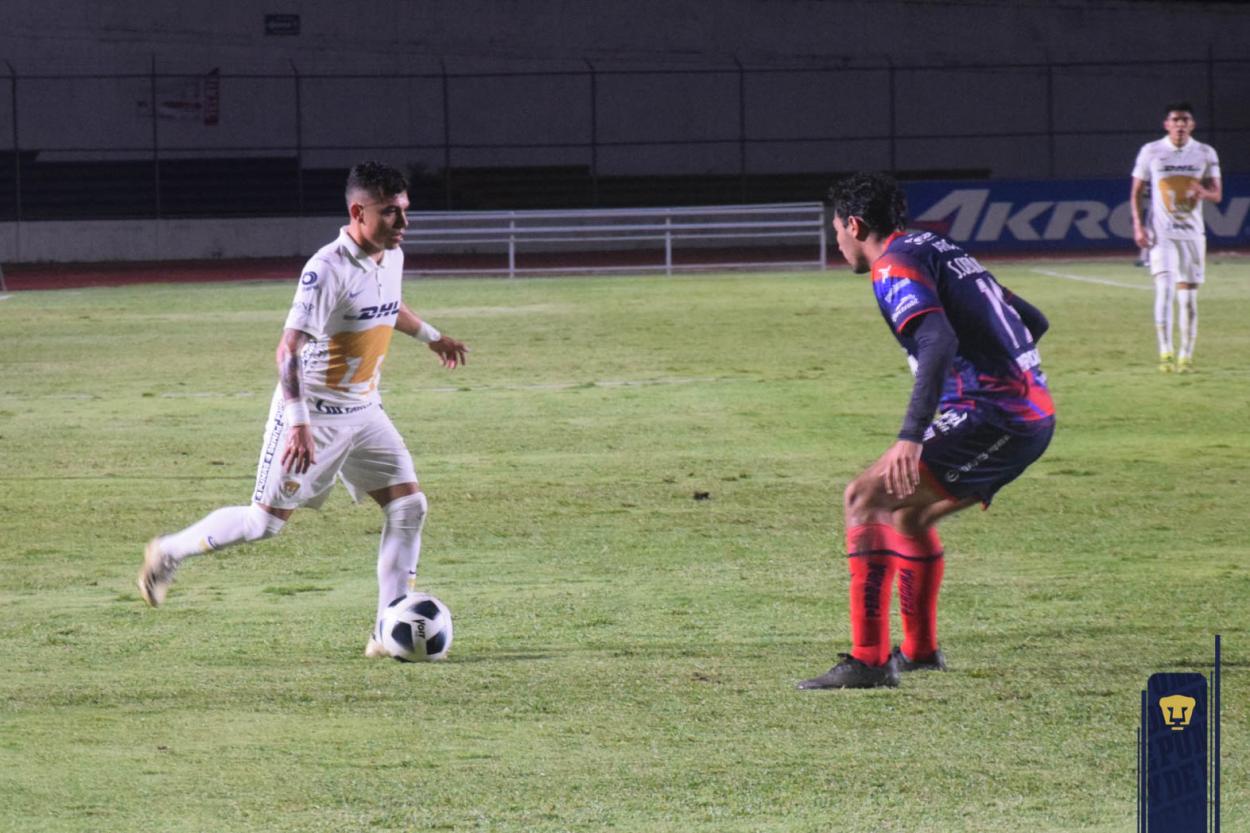 The match will be played at the Gregorio Tepa Gómez Stadium.

The Tepatitlán vs Leones Negros match will be played at Estadio Gregorio Tepa Gómez, located in Tepatitlán, Jalisco. The capacity of the stadium is 8,085 people.
4:26 PMa year ago