Thank you for following the broadcast of the game between Atlético de Madrid and Osasuna on LaLiga.
2:24 PM17 days ago

Carrasco's shot from outside the area and without the goalkeeper, which incredibly hit the post.
2:14 PM17 days ago

Torres with a left-footed shot that Oblak again saves to become the hero.
2:09 PM17 days ago

Newly-entered Carlos Martín has been cautioned.
1:59 PM17 days ago

Felipe's header from a corner kick to open the score 1-0.

Atlético substitution: Martín came on and Šime Vrsaljko came off.

A shot inside the area that goes close after Carrasco's cross, but again it was offside.
1:44 PM17 days ago

David García has been cautioned.
1:39 PM17 days ago

Carrasco with the overflow, but his right-footed shot goes wide.
1:34 PM17 days ago

Kondogbia and Cunha come in.

Llorente and Llorente come out

Budimir and Sanjurjo join the team

Suárez and De Paul come in

A soft service to the area that is controlled by goalkeeper Oblak.
1:14 PM17 days ago

A cross to the near post is headed by Lemar and goes wide.
1:09 PM17 days ago

Antoine Griezmann's goal is disallowed for offside.
1:04 PM17 days ago

The second half begins between Atlético de Madrid and Osasuna.
12:54 PM17 days ago

Griezmann is cautioned for complaining.
12:39 PM17 days ago

Griezmann missed it on a delayed diagonal, although he claimed a corner, the referee did not sanction anything.
12:34 PM17 days ago

Hermoso's cross is cut out by the Osasuna defense at the near post.
12:29 PM17 days ago

The match is stopped because an Atlético player was left lying on the field.
12:24 PM17 days ago

Hermoso is encouraged with a long-range shot that goes slightly over the top of the goal.
12:19 PM17 days ago

Kike's mid-range shot that Oblak stretches to save his goal.
12:14 PM17 days ago

Jon Moncayola's cross shot passes through the area, but fails to find a recipient.
12:09 PM17 days ago

Avila's delayed diagonal shot hits a defender.
11:59 AM17 days ago

Correa's right-footed shot goes high, but was ruled offside.
11:44 AM17 days ago

Dangerous play by Osasuna on a direct free kick where the service went wide.
11:34 AM17 days ago

The match between Atlético and Osasuna begins.
11:29 AM17 days ago

We are minutes away from the start of the game between Atlético de Madrid and Osasuna in LaLiga.
11:24 AM17 days ago

Pamplona's players are already on the field warming up and performing the last activities before the starting whistle.

The visitors arrived in Madrid in search of three points.

Atlético de Madrid has already arrived at the Wanda, led by the Argentinean Cholo Simeone. 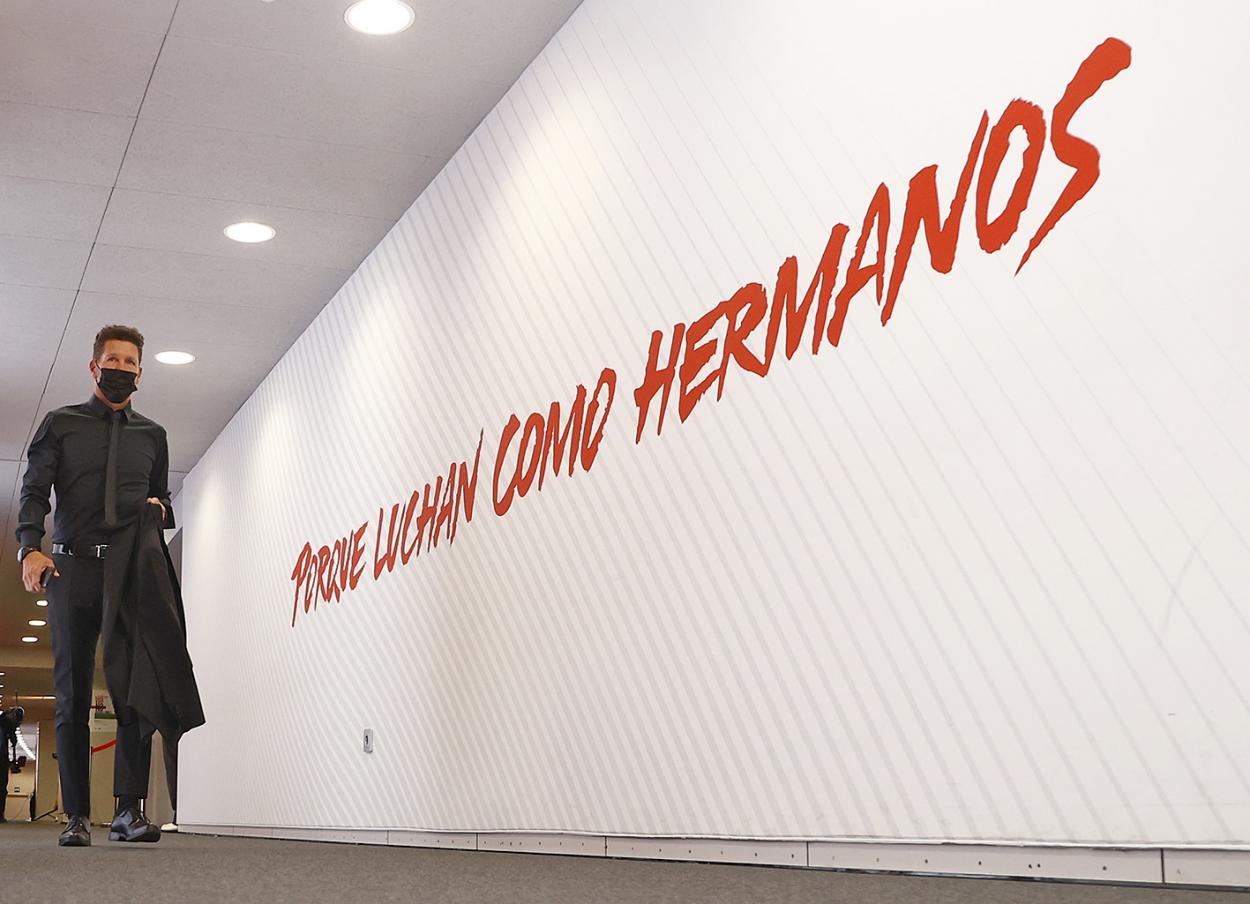 What happens if Osasuna wins?

Osasuna is in eighth place with 19 points and should they take the full haul from Madrid they would reach 22, with the hope of climbing up to fifth place depending on some results.
10:44 AM17 days ago

What happens if Atlético wins?

Atletico is in fourth position with 23 points and, if they win, they would reach 26 points but would not climb any position this matchday. In the middle of the week they have Champions League activity.
10:39 AM17 days ago

Atlético de Madrid and Osasuna are back in action after the FIFA break when they meet this Saturday at the Estadio Wanda Metropolitano. We begin with coverage of the game.
10:34 AM17 days ago

Do not miss a detail of the match with the live updates and commentaries of VAVEL. Follow along with us all the details, commentaries, analysis and lineups for this Atletico Madrid vs Osasuna match for the LaLiga.
10:29 AM17 days ago

What time is Atletico Madrid vs Osasuna match for LaLiga?

This is the start time of the game Atletico Madrid vs Osasuna of 20th November in several countries:

The colchonero team has had a clear dominance over the Pamplona side, winning six consecutive victories and having their last defeat against them since the 2014 season when they lost 3-0 as visitors.

On several occasions in the tournament, goalkeeper Sergio Herrera has had outstanding performances to leave his frame in zeros that has been reflected in points for those from Pamplona and, this Saturday, he must have an outstanding performance against the luxury artillery that will impose the team of "Cholo" Simeone. 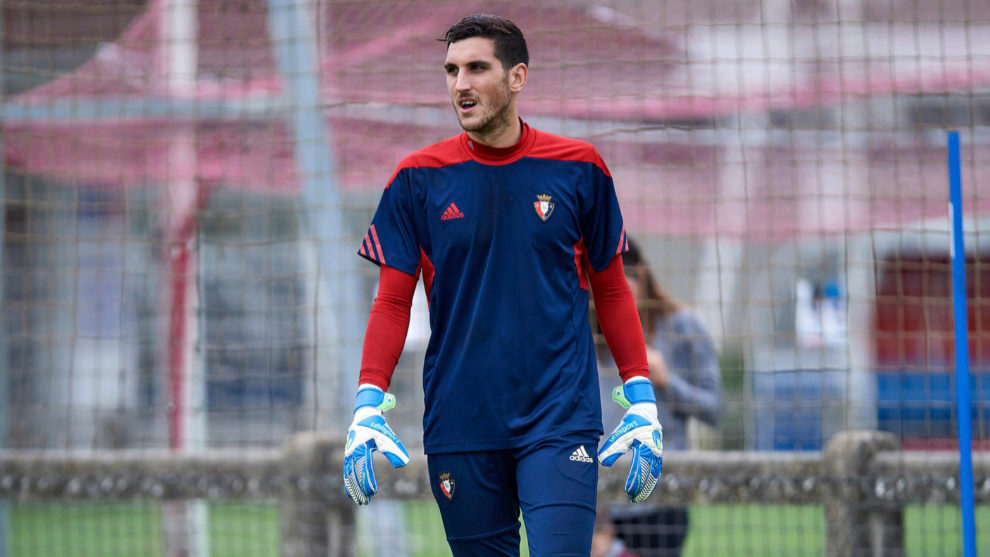 Despite the fact that his level was questioned due to his age and that is why he left Barcelona, the Uruguayan Luis Suarez has responded on the field with goals since last season and, in this campaign, he already accumulates seven goals only behind the French Karim Benzema. 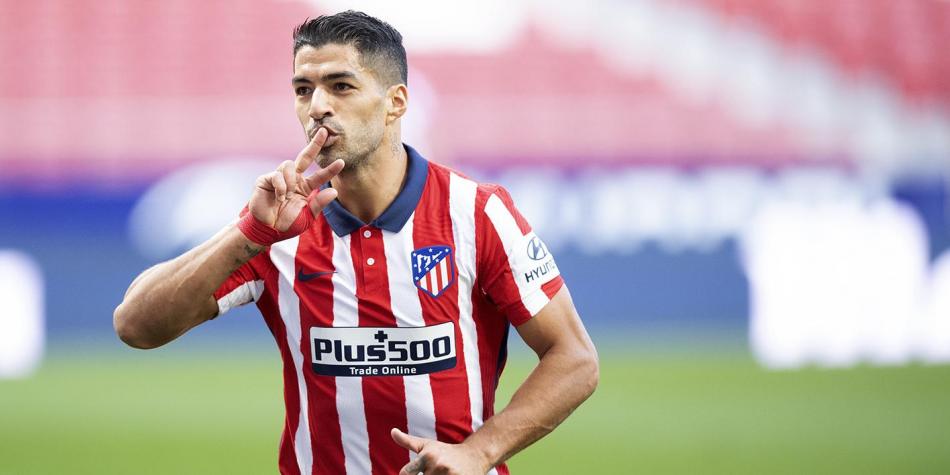 Although it is still very early in the season, the performance that Osasuna has had has been better than expected and they are seventh with 19 points, although they have lost the last two games by 2-0 against Sevilla and Real Sociedad, so the clash against Atlético looks for them to take confidence with a positive result.
9:54 AM17 days ago

Atlético de Madrid: not to drop any more points

With one game in hand, Atletico Madrid is in fourth place with 23 points at the start of this round, however, they have dropped points that could be needed in the future and have drawn three of the last four, the most recent being 3-3 against Valencia; reason why the colchonero team cannot afford to keep dropping points, especially at home.
9:49 AM17 days ago

The Atletico Madrid vs Osasuna match will be played at the Wanda Metropolitano Stadium, in Madrid, Spain. The kick-off is scheduled at 12:30 pm ET.
9:44 AM17 days ago

Welcome to VAVEL.com’s LIVE coverage of the LaLiga: Atletico Madrid vs Osasuna!