Match ends. Cruz Azul falls to Rayados and is eliminated from Grita Mexico 2020
10:09 PM9 days ago

GOAL. Vincent Janssen seems to settle the score and heads the ball between the Celeste center backs after Aguirre's service to beat Corona.
10:01 PM9 days ago

Offside! Angulo puts it into the Rayado goal but the refereeing body disallows the goal for offside.
9:55 PM9 days ago

Orbelín tries to finish off a dangerous move with a half-scissors kick but the ball goes over the crossbar.
9:52 PM9 days ago

Héctor Moreno is cautioned for sweeping behind Angulo's back.
9:46 PM9 days ago

Double! Rogelio Funes Mori steals the ball behind Domínguez's back after Aguirre's cross to make it 1-3.
9:37 PM9 days ago

Erick Aguirre makes the effort and gets in a powerful cross that is not reached by any boot to put it into the net.

Great defensive coverage by Erick Aguirre who arrives to cut off Jonathan Rodriguez on the back line.
9:25 PM9 days ago

The match restarts. Cruz Azul and Monterrey will play the last 45 minutes of the match.
9:08 PM9 days ago

The first half ends. Rayados wins it 1-2. Jesús Corona and Sebastian Vegas have words with each other and both end up with a caution card.
9:07 PM9 days ago

Juan Escobar holds Rogelio Funes Mori by the neck in a play in the area, however, after consulting the VAR, the referee decided that it was not a penalty kick.
9:01 PM9 days ago

Free kick for La Máquina. Rivero takes the ball and with a right-footed shot forces Andrada to send it to the corner with a cross.
8:57 PM9 days ago

Warning card for Alfonso González for foul on Ignacio Rivero.
8:51 PM9 days ago

He misses it! Pol' Fernández misses the equalizer in a great play where Andrada saves and ends the danger.
8:49 PM9 days ago

The penalty is derived from a foul by Héctor Moreno on Ignacio Rivero.

Juan Escobar tries to react and serves a diagonal shot that cannot be connected by his teammates.
8:45 PM9 days ago

GOOOOL! Maximiliano Meza takes advantage of a series of lapses in the Cementera defense and increases the difference on the scoreboard.
8:38 PM9 days ago

Santiago Giménez is encouraged with the shot when he sees that the goalkeeper Andrada was a little ahead of his goal, but the goalkeeper dives and deflects with a handball.
8:28 PM9 days ago

GOOOOL! Rogelio Funes Mori scores from the penalty spot to make it 0-1 and reach 5 goals in the tournament.
8:27 PM9 days ago

After reviewing the VAR, Fernando Guerrero awards Rayados a penalty for contact with a hand by Julio Domínguez.
8:22 PM9 days ago

Actions kick off on the Azteca Stadium field
8:06 PM9 days ago

Stay tuned, in a few moments we will bring you minute-by-minute coverage of Cruz Azul vs. Monterrey for the last ticket to the Liguilla.
8:01 PM9 days ago

The statistics indicate that although these teams always generate a lot of expectation, goals do not come easily. Eight of the last 10 meetings between these two teams in all competitions have ended with less than 2.5 goals in total.
7:36 PM9 days ago

La Pandilla' is also making its appearance at the Azteca Stadium and is already on the pitch for warm-up exercises just minutes before the opening whistle. 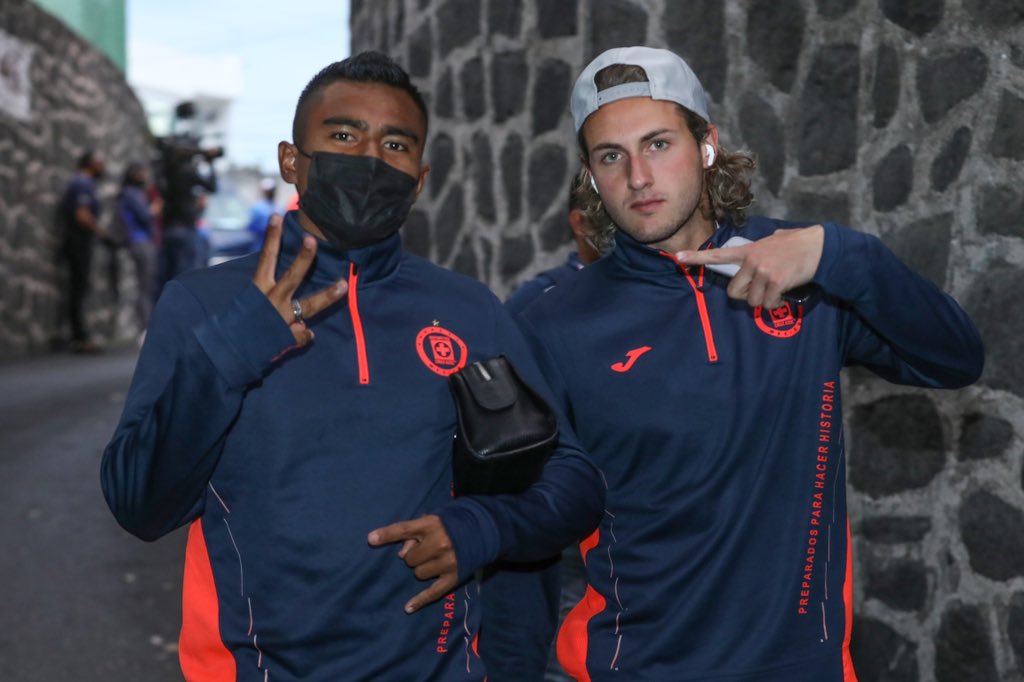 Cruz Azul is in home

La Máquina' has arrived at the Coloso de Santa Úrsula to face Rayados in the playoffs, where they will play a single match to qualify for the Mexican soccer's big party. Thanks to their position in the standings, one step higher than their current rivals, Cruz Azul will take advantage of their home
7:21 PM9 days ago

César Montes has not recovered from the micro-tear he suffered last matchday, while Stefan Medina is still recovering from a tear he suffered on matchday 16.
7:16 PM9 days ago

Orbelín Pineda's contract with the Cementeros ends in the winter, so the match against Rayados could be his last game with La Máquina if he does not make it out of the playoffs.
Orbelín already has an agreement with Celta de Vigo in Spain. When asked if this will be his last match wearing the Celeste jersey, the player stated: "I don't know if it will be this (last match) or later, I can't tell you, but I will try to give my best to help my teammates and try to leave a good image".
7:11 PM9 days ago

Duel on the bench

Cruz Azul vs Monterrey is one of the most anticipated duels of the playoffs. The duel that will be experienced on the bench is the confrontation between Javier Aguirre and Juan Reynoso. El Vasco' has already been crowned champion of Mexican soccer by overcoming the playoffs in the winter of 99, with the Tuzos of Pachuca. Reynoso, on the other hand, made the playoffs with 'La Franja' in 2020.
7:06 PM9 days ago

Stay hereo not miss a detail of the match Cruz Azul vs Monterrey live updates and commentaries of VAVEL.
7:01 PM9 days ago

How to watch Cruz Azul vs Monterrey Live Stream on TV and Online?

If you want to watch the game Cruz Azul vs Monterrey live on TV, your options is: TUDN.

What time is Cruz Azuul vs Monterrey match for Liga MX?

This is the start time of the game Cruz Azul vs Monterrey of 21th November 2021 in several countries:

The last five matches between the two teams have been divided into three in Liga MX, and two during their participation in the CONCACAF Champions League. Monterrey has the advantage with three wins: two in the league and one in the CCL, they have tied on one occasion and Cruz Azul has only one win, so the historical statistics are in Monterrey's favor. The match will be played at the Estadio Azteca, that is to say, under the Celeste's home ground.
6:46 PM9 days ago

On the Rayados de Monterrey side, it seems that they will be at their peak after being crowned champions of the Concachampions against Club América just days before the conclusion of the regular phase of the Liga MX. The title restored confidence in Javier Aguirre's process at the helm of Rayados, which was beginning to be questioned for its limited effectiveness. Rayados entered the playoffs in ninth position, with five wins, seven draws and five losses, the Monterrey-based team had a total of 22 points. Rogelio Funes Mori, the man to watch on offense for La Pandilla, has also fallen short in his scoring duties and only scored 4 goals, as has Duván Vergara, with whom the Rayados attack has fallen back. 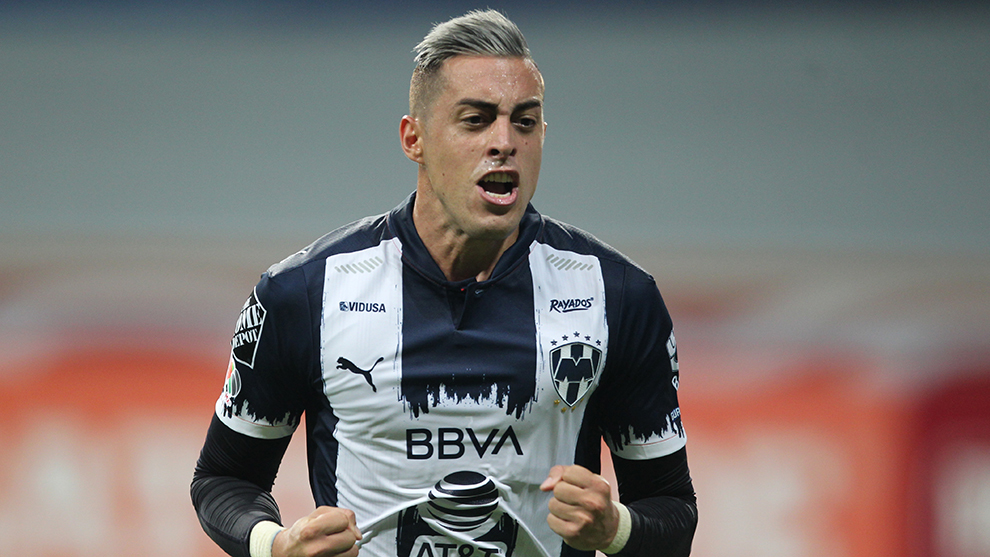 Cruz Azul, the reigning champion of Mexican soccer, is looking to defend the title it won with its eighth star, however, the road has been more complicated than expected and with a performance that leaves more doubts than certainties for the sky blue fans, La Máquina will be facing Rayados de Monterrey in search of a ticket to the Liguilla. Juan Reynoso's team has not found the most spectacular and dominant game during this Grita México 2021, due to injuries and absences due to national team call-ups. Juan Reynoso has stated that Cruz Azul has struggled to find its core team and that is the reason for the multiple changes in the starting eleven. In addition, the lack of lethality of the players who made a difference in the championship tournament this semester has contributed to the lack of goals scored by the Celestes. Jonathan Rodríguez, who was the Celeste goal-scoring leader in the previous season, was only able to score three times this time around, which exemplifies the lack of goals for the Cementeros. Cruz Azul is in eighth place in the playoffs. With five wins, eight ties and four defeats, with a total of 23 points, 21 goals scored and 17 conceded. 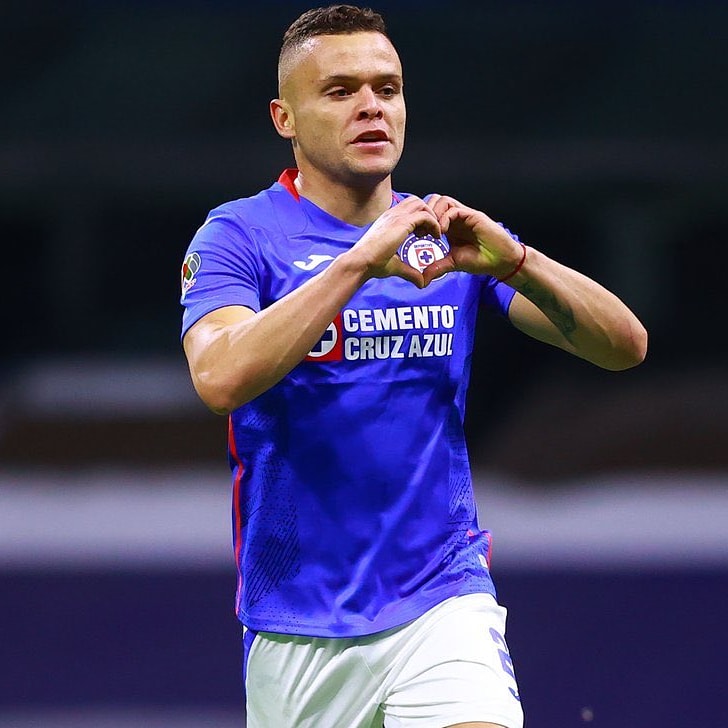 In the Guardianes 2020, the playoff system was introduced, an instance prior to the Liguilla in which the teams that finish the regular tournament in positions 5 to 12 face each other for four tickets to the Mexican soccer's big party. Number 5 will face number 12, number 6 will face number 11 and so on. This completes the eight teams that will seek the Liga MX title.
In this phase, a single match will be played in which the teams will have to play a series of penalty kicks in case of a tie.