We hope you enjoyed the Dinamo Zagreb vs Genk matchday five of the UEFA Europa League. Keep checking back on VAVEL.COM for updates throughout the day.
2:36 PMa year ago

The match ends in Croatia, Dinamo Zagreb draws with Genk and both teams will play each other in the next round.
2:23 PMa year ago

last 10 minutes of the match!
The end of the match is near, both teams change their strategy to play with everything for the last game.
2:15 PMa year ago

Paintsil's cross goes just over the crossbar - Genk wants to win it!
2:08 PMa year ago

Gerardo Artega is in the field to receive medical attention.
2:01 PMa year ago

Orsic's cross looked to surprise Vandervoort but Petkovic failed to get on the end of it.
1:54 PMa year ago

Arteaga's shot in an attempt to turn the score around.
1:49 PMa year ago

The second half starts from Croatia, both teams are dividing points at the moment.
1:33 PMa year ago

The first half ends in Croatia, Dinamo and Genk tie at one apiece.
1:32 PMa year ago

GENK GOAL! In the delirium of the first half, Canadian Ugbo turns and sends the ball into the back of the net.
1:22 PMa year ago

GOOOOOOOOOOAL FOR DINAMO ZAGREB. Melano's merciless shot into the goal puts the Croatians ahead.
1:15 PMa year ago

Orsic sends a cross into the box but goalkeeper Vandervoordt makes the correct save.
1:07 PMa year ago

Ito's attempt to generate pelirgo but Dianamo Zagreb's defensive saga intercepts the ball in a good way.
1:03 PMa year ago

The home team came closer. Petkovic gets off a shot but Vandervoort makes a good save.
12:58 PMa year ago

Gerardo Arteaga got into the kitchen to put in a dangerous cross but Boganda failed to make contact in the box.
12:46 PMa year ago

The match between Dinamo Zagreb and Genk kicks off, both teams are playing today for their qualification to the next round of the UEFA Europa League.
12:35 PMa year ago

In a couple of minutes we will start with Dinamo Zagreb vs Genk; duel corresponding to the fifth date of the group stage of the UEFA Europa League.
12:25 PMa year ago

Dynamo Zagreb is on the verge of earning a ticket to the Europa League playoffs. To do this, the team just needs to win at home against the team they beat confidently in September. But then Zagreb Dynamo was on a good run. But now we have a defeat of Zagreb Lokomotiv (0: 1) and a 1: 1 draw with Osijek in the Austrian Championship: the team can not win 2 games in a row.
12:18 PMa year ago

In the history of head-to-head meetings between these rivals, there is only 1 match: on September 30, the Croatians won without problems against Genk in a 3:0 scoreline party. Can they also win at home?

As for the visitors, Genk, they have won just one of their last 14 European matches, including qualifiers (Draws - 3, Defeats - 10), but as that win came in the group stage, they still have a chance if they are able to defy the odds and win here.

However, this will be easier said than done as they face a Zagreb side that has not lost 12 of their last 14 home games in the Europa League. The fact that the last six Belgian teams to face Zagreb have failed to even score a goal casts doubt on Genk's chances.

As for the visitors, Genk, they have won just one of their last 14 European matches, including qualifiers (Draws - 3, Defeats - 10), but as that win came in the group stage, they still have a chance if they are able to defy the odds and win here.

However, this will be easier said than done as they face a Zagreb side that has not lost 12 of their last 14 home games in the Europa League. The fact that the last six Belgian teams to face Zagreb have failed to even score a goal casts doubt on Genk's chances.

The goal is simple: avoid defeat and Dinamo Zagreb will remain in the top two going into the final day of the group stage. However, with just two points ahead of Genk and a trip to Premier League rivals West Ham awaiting them, Zagreb will want to take all three points here.

Given what's at stake and Zagreb's solid form against Belgian opponents (Wins - 5, Draws - 2, Losses - 1), betting on the home side to get the job done at what looks like a good price is a good option.

Thursday's Europa League at the Stadion Maksimir pits Dinamo Zagreb and Genk, the two teams vying for second place in Group H. Dinamo Zagreb did well to beat Rapid Vienna 3-1 in their final group game, bringing the team a step closer to qualifying for the round of 16.
Genk, meanwhile, drew 2-2 with West Ham United in their final group stage match. The Belgians are likely to stick to their attacking style of play, but beating Dinamo in Zagreb is easier said than done.
11:43 AMa year ago

This is how the Belgian team will start to face what could be their last chance to continue dreaming of advancing in the competition. 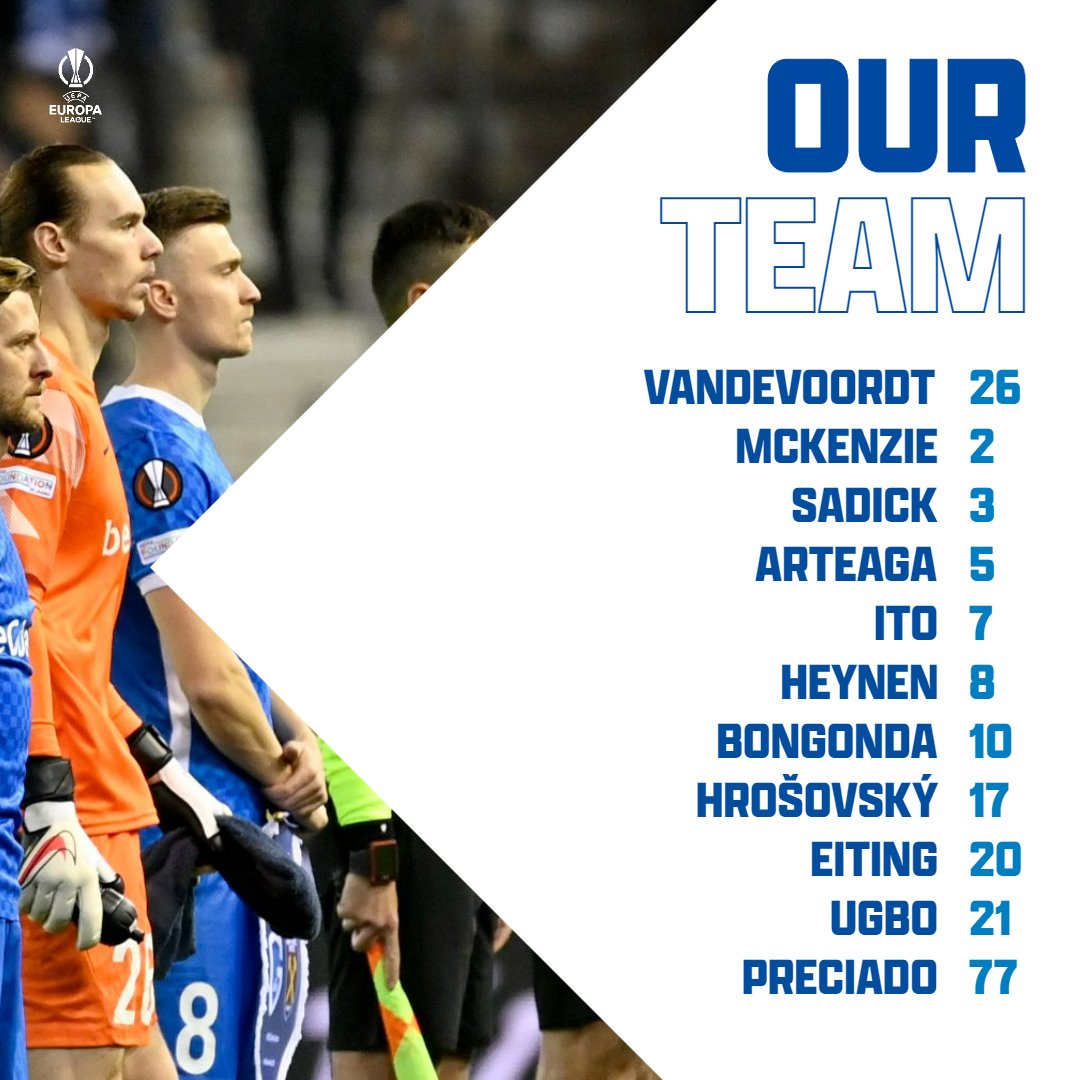 The wait is over, the UEFA Europa League action resumes with the match between Dinamo Zagreb vs Genk in group H. If the home team wins, the Croatian team will qualify to the next round, but if the visitors come away with all three points, the group will be much tighter.

Do not miss a detail of the match with the live updates and commentaries of VAVEL. Follow along with us all the details, commentaries, analysis and lineups for this Dinamo Zagreb vs Genk match.
11:28 AMa year ago

What time is Dinamo Zagreb vs Genk match for UEFA Europa League match?

This is the start time of the game Dinamo Zagreb vs Genk of 25th November in several countries:

Watch out for this Dinamo Zagreb player:

Bruno Petkovic has become one of the fundamental pieces that the Dinamo Zagreb team possesses, the center midfielder or sometimes center forward has gone from less to more since his arrival in the First Division of Croatia being undisputed starter and increasing each time much more his value in the transfer market. At the moment he has played 9,504 minutes with the Croatian team, in 143 times he has appeared in the starting lineup and has scored 48 times, he also has 35 assists since he has worn the colors of Dinamo and has only received the yellow card 22 times. Bruno could tip the scales in his team's favor at any moment and give them a place in the next round of the Europa League. 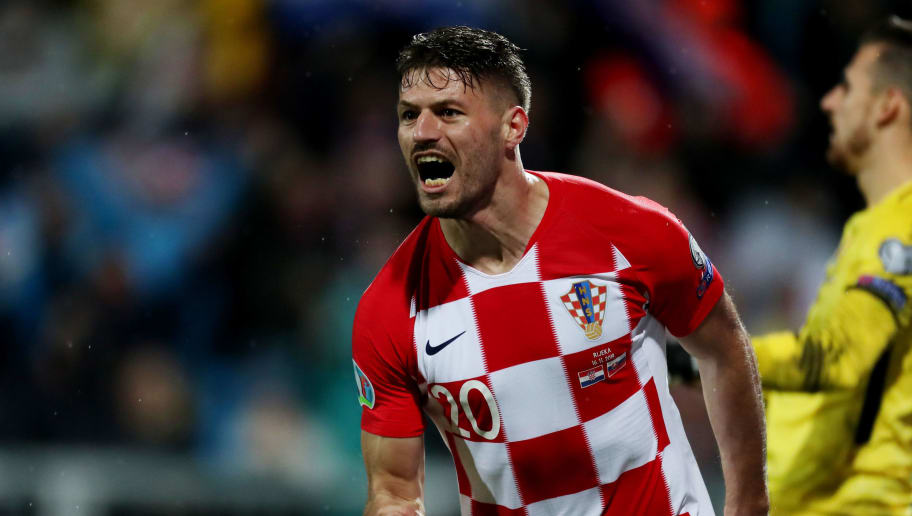 Watch out for this Genk player:

From Mexico for the whole world, formed in the youth academy of Santos Laguna and one of the jewels with more projection in national team, Gerardo Arteaga, will be the player to follow for this match. The Mexican, signed in 2020 by Genk, has so far accumulated 3,838 minutes played with the Belgian team, 47 appearances in the starting lineup, 3 goals with the blue jersey and 6 assists. He has also recorded 6 yellow cards, but has never seen the red card so far, the Mexican could be the one who balances the balance in favor of Genk and give them the victory their team needs so much. 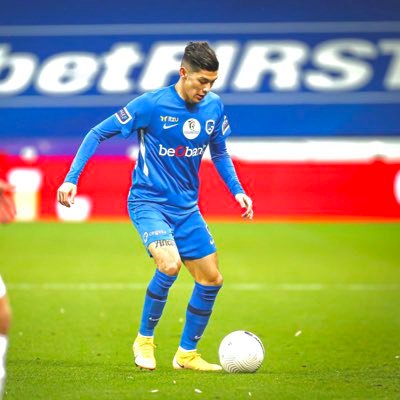 Interestingly, the two teams had never met in all of history until two months ago when they met for the first time in the UEFA Europa League. On that occasion, Dinamo Zagreb won away to Genk 3-0 at the end of the second round of the UEFA Europa League group stage. On that occasion, the scorers were Luka Ivanusec, Bruno Petkvic and an own goal by Daniel Munoz.
10:58 AMa year ago

For this match, Craig Pawson will be the central referee, accompanied by Ian Hussin and Scott Ledger as assistants 1 and 2 respectively, and Michael Salisbury will be the fourth referee. In the VAR, referees Michael Oliver and Dan Cook will be in charge of monitoring any dubious play inside the box or that merits a red card.
10:53 AMa year ago

The Modri's team is experiencing one of its best moments so far this season, for starters, they are third in the Croatian First Division with 28 points so far this season and in the UEFA Europa League they are second in the group with 6 points obtained from 2 wins and 2 defeats. Likewise, they have 7 goals scored and 5 goals conceded, which leaves them with a +2 goal difference, a statistic that gives them a slight advantage over their opponents who have allowed more goals in their goal. In case of winning, the Croatian team could be sealing their qualification to the next round of the championship and thus reach the last matchday without worries, however, in case of losing, they would be putting their qualification at risk.
10:48 AMa year ago

The Genk team is in trouble that could end in their elimination from the current UEFA Europa League, for starters, they are at the bottom of Group H with only three points, which have come from one win, one draw and two defeats in the first round. They have only scored 3 goals, while they have allowed 8 goals to be conceded, resulting in a goal difference of -5. However, the Belgian team is dreaming of getting into the next round at the last minute after drawing with West Ham in a 2-2 heart-stopping match, although it is not all happiness, since, if they cannot beat Dinamo Zagreb, the Belgian team would be signing their sentence and would almost be completely eliminated from the competition.
10:43 AMa year ago

All great moments began in a dream and there are only a few lucky ones who can boast in their lives that they once got to hold Europe in their arms and were named "princes of Europe". Once again, the dreams of 48 teams seeking to engrave their name in eternal glory begin, but to do so, they will have to overcome a long road full of obstacles to reach the main event, Seville, and have the honor of being crowned as the new champions of the old continent. In Group "H", KRC Genk and Dinamo Zagreb will face each other in another UEFA Europa League group stage duel, with the English side remaining leaders of the competition, while the locals will be looking to win to have aspirations of getting out of the bottom of the group.
10:38 AMa year ago

The Dinamo Zagreb vs Genk match will be played at Maksimir Stadium, in Zagreb, Croatia. The kick-off is scheduled at 12:45 pm ET.
10:33 AMa year ago