We thank you for your attention during the broadcast of this match. To keep up to date with what is happening in the UEFA Champions League, stay tuned to VAVEL.com.
2:41 PMa year ago

Serhiy Sydorchuk shot from outside the box and the ball hit the post. It was Dynamo Kyiv's equalizer
2:37 PMa year ago

Viktor Tsygankov receives a long pass, looks for possession of the ball but Leon Goreztka closes perfectly and sends the ball wide
2:31 PMa year ago

Lewandowski receives an important ball in the Dynamo Kiev box, shoots and passes very close to the home goal.
2:23 PMa year ago

DYNAMO KYIV HAD THE EQUALIZER, SYDORCHUK SHOT FROM CLOSE RANGE AND NEUER SAVED THE SHOT
2:18 PMa year ago

Alphonso Davies tries a shot from outside, but the Bayern Munich player sends it wide.
1:59 PMa year ago

Mykola Shaparenko had the home side's clearest chance of the match, but Manuel Neuer twice got his hands to the ball.
1:57 PMa year ago

In: Denys Garmash and Vitinho

The second half of the match kicks off
1:43 PMa year ago

Presented by gioscore.com
1:35 PMa year ago

With a two-goal lead, Bayern Munich leaves the first half as a winner
1:33 PMa year ago

Corentin Tolisso receives a ball on the edge of Dynamo Kiev's box, has a chance to get a shot off, but the home keeper makes a save.
1:30 PMa year ago

Viktor Tsygankov has a shot on goal for Bayern Munich, but Manuel Neuer saves.
1:20 PMa year ago

Thomas Müller plays down the right, sends a killer pass and Illia Zabarnyi almost scores an own goal. Nervousness in the Dynamo Kyiv penalty area.
1:18 PMa year ago

ATTACK BY DINAMO KYIV, GORETZKA CUTS THE BALL, IT IS LEFT TO NEUER AND HE UNUSUALLY LETS IT GO THROUGH, THE BALL DOES NOT GO IN, IT HITS THE POST AND BAYERN MUNICH IS SAVED FROM THE EQUALIZER.

IT WAS THE BLOOPER OF THE YEAR FOR MANUEL NEUER.

Serhiy Sydorchuk plays on the right, gives the Kiev team an outlet, throws a long pass to Vitaliy Buyalskiy, but Neuer holds it back.
1:12 PMa year ago

A cross from the right for Lewandoski, the Pole looks to head in, but Georgiy Bushchan saves the ball. All the action is in Bayern Munich's favor.
1:11 PMa year ago

Benjamin Pavard takes a free kick, but his Bayern Munich teammates are unable to connect with the ball.
1:08 PMa year ago

ROBERT LEWANDOWSKI'S GOAL. CATCHES A REBOUND IN THE DINAMO KYIV PENALTY AREA AND SCORES WITH A BICYCLE KICK. 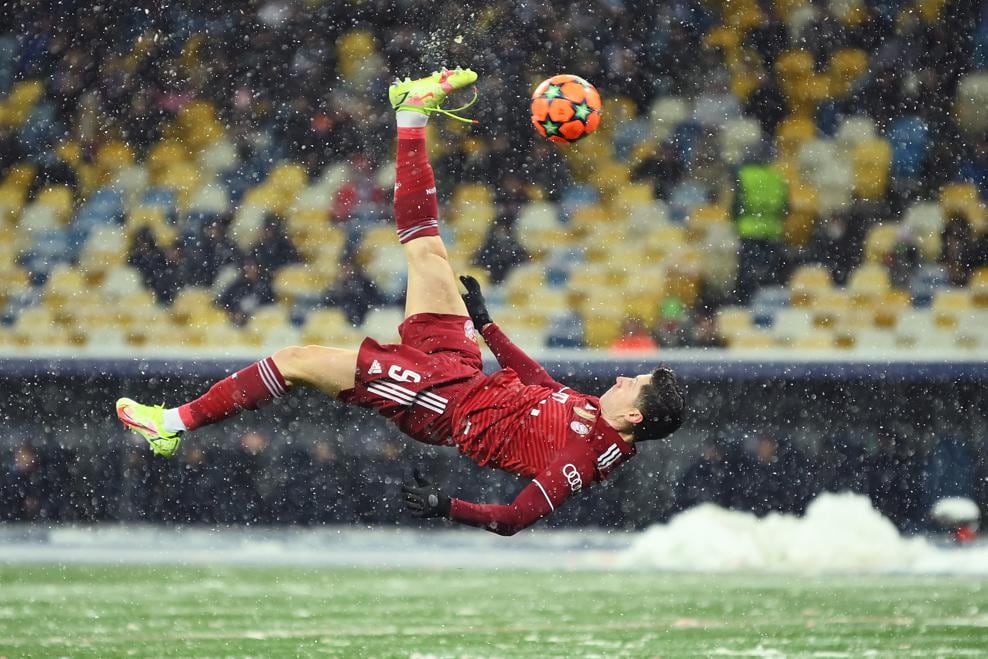 Viktor Tsygankov takes a corner for the Kiev team, but the ball goes wide.
1:04 PMa year ago

Tolisso plays into space, looks for Thomas Müller, but the German was ahead of him. It is offside
1:03 PMa year ago

Leon Goretzka shoots for the first time in the match and the ball goes over the Dynamo Kyiv goal.
1:01 PMa year ago

The ball is rolling and the match is underway from the Olympic Stadium in Kiev.
12:17 PMa year ago

The court is covered by snow, so far there is no news of suspension. 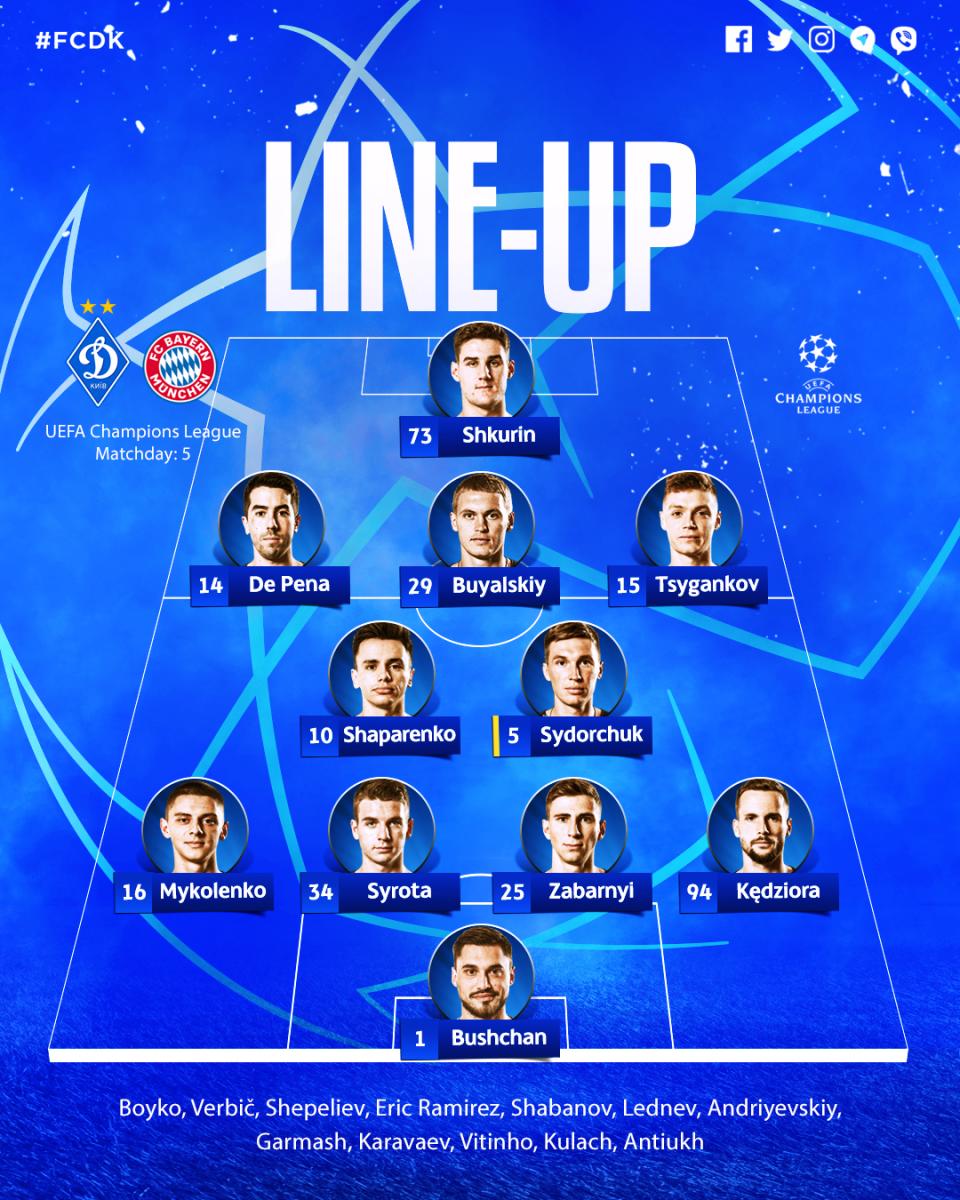 History between the two teams

In total, Dynamo Kyiv and Bayern Munich have faced each other in a number of different UEFA competition matches.

Bayern Munich have won six of them, Dynamo Kyiv have been victorious in two and they have drawn just once.

In less than an hour the match between Dynamo Kyiv vs Bayern Munich will kick off for UEFA Champions League 2021-22 Group E matchday 5.
12:30 AMa year ago

Everything is ready to enjoy the start of the UEFA Champions League 2021 group stage. Do not miss a detail of the match Dynamo Kyiv vs Bayern Munich live updates and commentaries of VAVEL.com
12:25 AMa year ago

How to watch Dynamo Kyiv vs Bayern Munich Live Stream on TV and Online?

If you want to watch the game Dynamo Kyiv vs Bayern Munich live on TV, your options is: Sky Sports.

For many, Robert Lewandowski is the best center forward in the world. The Pole commands Bayern Munich's attack and is currently the German club's top scorer in the UEFA Champions League with eight goals in four games played.
12:10 AMa year ago

Mykola Shaparenko is a 22-year-old midfielder who stands out at Dynamo Kiev as the club's most talented player. Wearing the number 10 jersey on his back, Shaparenko has an excellent ability to play as a team player and deliver accurate passes into space. 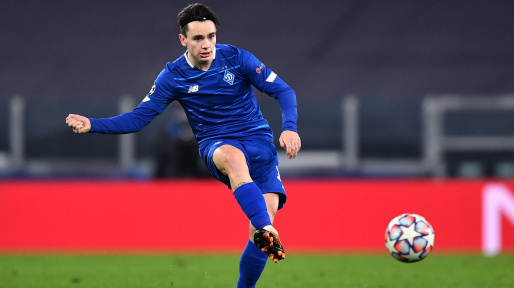 Bayern Munich, the best of the tournament

The Bavarians are the favorites to win the UEFA Champions League again. Currently, Bayern Munich is the leader of Group E with a perfect score, scoring 17 goals and conceding only two. The German club wants to maintain this perfect record and reach the round of 16 as the big favorite.
11:55 PMa year ago

Dynamo Kiev, for their last chance

Dynamo Kiev is eliminated from the UEFA Champions League, but still has hopes of reaching the UEFA Europa League. To do so, they will have to beat Bayern Munich and hope that Benfica does not win against Barcelona. Only in this way, the Kiev team will arrive at the last matchday with the hope of defining its pass to the UEFA Europa League against the Portuguese.
11:50 PMa year ago

The match will be played at the Kiev Olimpic Stadium

The Kiev Olympic Stadium was built on August 12, 1923. Subsequently, it was rebuilt in 2011. It has a maximum capacity of 70,050 spectators and has hosted the final of the UEFA Champions League. 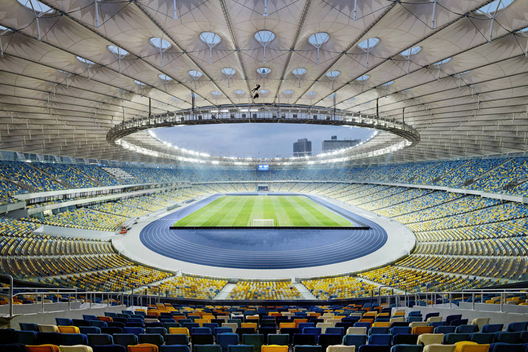