Not a single point

Ajax maintains its perfect winning streak with five wins in a row and Besiktas has not been able to pick up a single point.
2:30 PMa year ago

Haller had scored the third, but inside the six-yard box he was in an advanced position.
2:20 PMa year ago

Ajax's Haller and Besiktas' Larin have been cautioned, the strikers of these teams.
2:10 PMa year ago

Mert Günok flies under the three posts to deny the ball and save his team from a third goal.
2:05 PMa year ago

Out goes Noussair Mazraoui and in comes Timber, Ajax change.
1:45 PMa year ago

Bozodogan with a mid-range shot that goes high over the goal.
1:40 PMa year ago

From a direct free kick, Haller appears at the far post to deflect the ball with his right foot and complete the turnaround in Turkey.

Ghezzal is replaced by Michy Batshuayi for Besiktas.
1:30 PMa year ago

Georges-Kévin Nkoudou is caught offside and the offensive advance is cancelled.
1:25 PMa year ago

Besiktas change. Alex Teixeira is replaced by Can Bozdogan.
1:20 PMa year ago

Haller closes to the far post and puts in a shot that goes wide.
1:10 PMa year ago

Three-quarter of a goal is played to Haller, who just pushes the ball into the net to level the score.

Steven Berghuis's powerful shot from outside the area was blocked by the goalkeeper with both fists.
1:00 PMa year ago

Second half kicks off between Besiktas and Ajax.
12:55 PMa year ago

Larín had a chance inside the box, but Onana saved with his foot.
12:35 PMa year ago

Larín with a shot that is saved at the near post by the goalkeeper.
12:30 PMa year ago

Mohammed Daramy with a shot that is saved by the goalkeeper.
12:25 PMa year ago

Cyle Larin was one-on-one, but was unable to finish when he tripped in front of the goalkeeper. Offside was flagged.
12:20 PMa year ago

Rachid Ghezzal hits it with power and sends the ball into the net for 1-0.

The VAR reviews the play and has flagged a penalty in favor of Besiktas.
12:10 PMa year ago

Now it was David Neres with a left-footed shot from the edge of the area that went just wide of the goalkeeper's far post.
12:05 PMa year ago

Valentin Rosier's shot from half distance goes wide of the goal.
12:00 PMa year ago

Another mid-range attempt from Mohammed Daramy goes over the top of the goal.
11:55 AMa year ago

Perr Schuurs' shot from half distance goes wide of the goal.
11:50 AMa year ago

The match between Besiktas and Ajax in the Champions League kicks off.
11:45 AMa year ago

We are just minutes away from the start of the game between Besiktas and Ajax on matchday 5 of the Champions League.
11:40 AMa year ago

Will not be present

Mexico's Edson Álvarez will not be present for this game due to an accumulation of yellow cards, although he was still scheduled to be rested due to his travels with his national team.
11:35 AMa year ago

Ajax will not wear its traditional uniform, but will wear the alternative one, all in black and yellow. 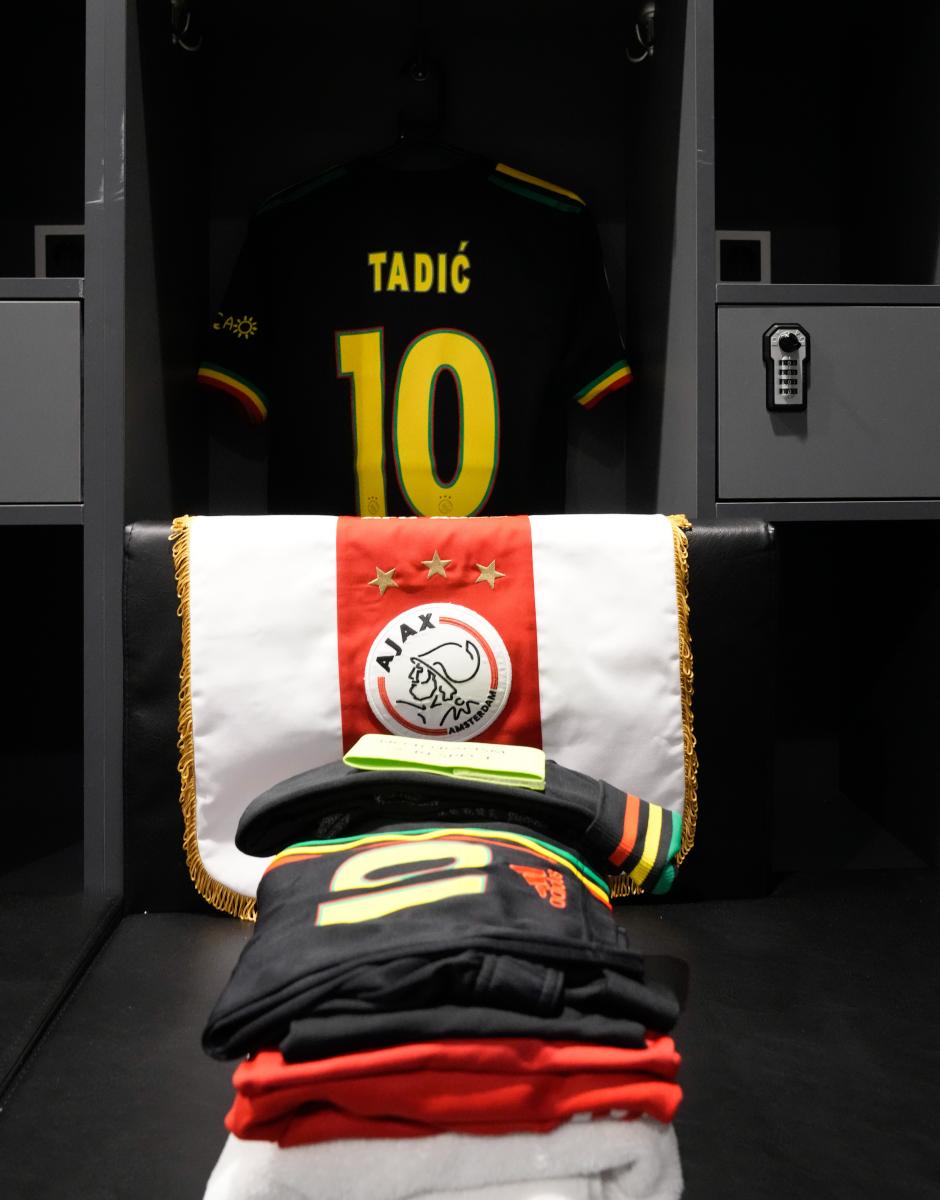 This was Ajax's arrival in Turkey for their fifth Champions League group stage game.

How is Besiktas coming along?

Besiktas, on the other hand, comes into this match with one win in their most recent five games, which has them in a very complicated situation in the Turkish league and almost eliminated from the Champions League (thinking somewhere in the Europa League).
11:00 AMa year ago

How is Ajax coming along?

The Dutch side, leaders of the Eredivisie, are on a seven-game unbeaten streak in any competition and are also coming off a 5-0 win over Waalwijk in the local competition.
10:55 AMa year ago

Ajax wants to continue their perfect run in the Champions League when they visit the weak Besiktas, who want to pull off a shock. We begin with VAVEL's coverage of the game.
10:50 AMa year ago

Do not miss a detail of the match with the live updates and commentaries of VAVEL US. Follow along with us all the details, commentaries, analysis and lineups for this Besiktas vs Ajax match for the UEFA Champions League.
10:45 AMa year ago

What time is Besiktas vs Ajax match for UEFA Champions League?

This is the start time of the game Besiktas vs Ajax of 24th November in several countries:

The only time they have met was on September 28 in the Netherlands, where the home team defeated the Turkish team by a score of 2-0. On that occasion, Steven Berghuis and Sébastien Haller scored the goals.
10:35 AMa year ago

Part of Ajax's great season in both the Eredivisie and the Champions League is due to Dusan Tadic, who is undoubtedly the most talented player in the attacking front and who has contributed with several goals to add important victories in the second half of 2021. 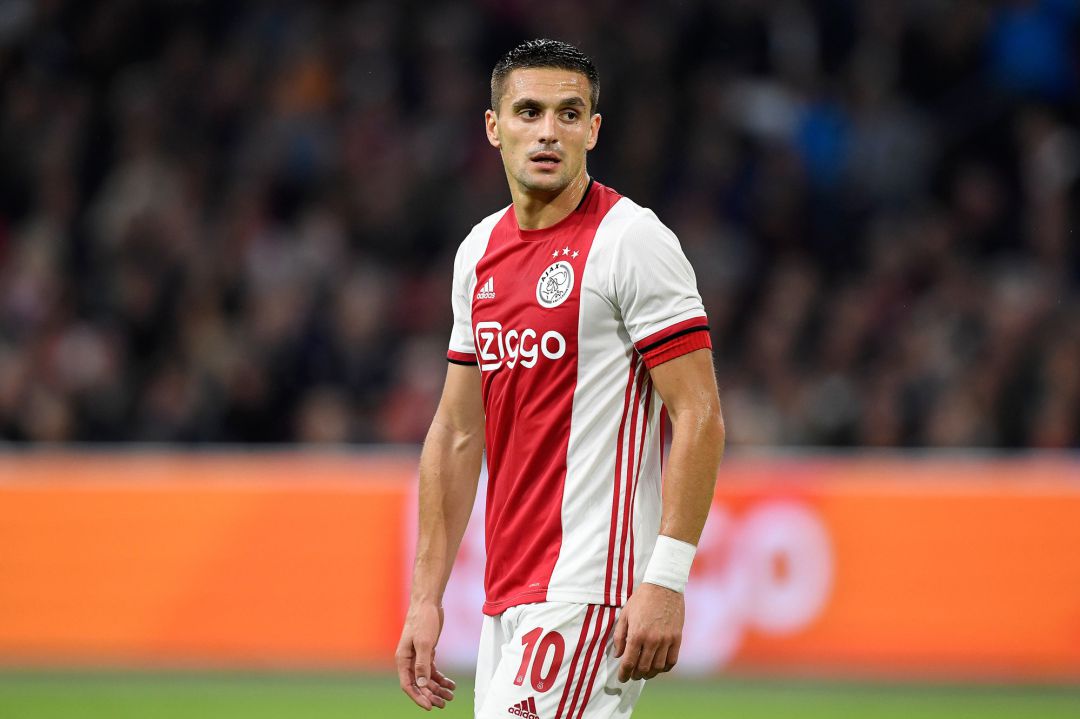 He comes from an inspired participation with the Canadian national team, so the expectations for what Cyle Larin can do in front of the attack are great for this campaign, although he has not responded with goals and should start to reflect the confidence placed in him on the field. 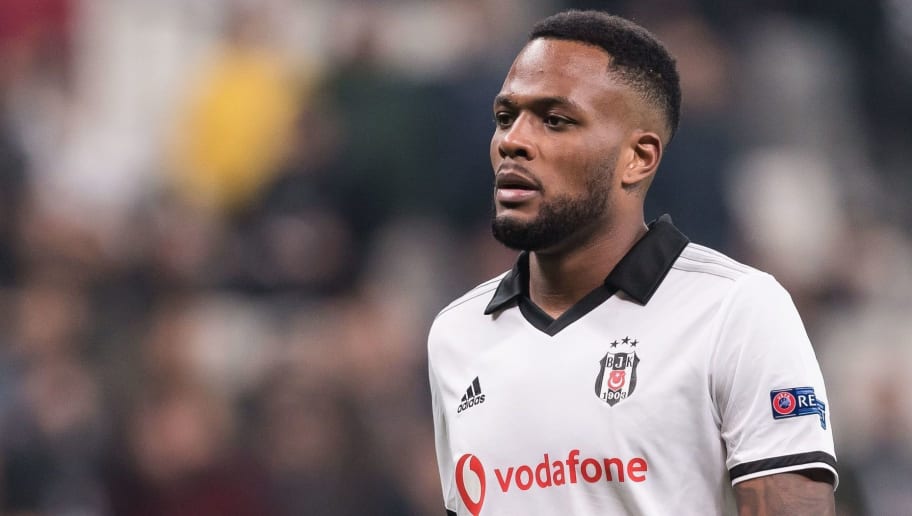 Ajax: tie for the lead

One of the serious problems Ajax could have for this game would be themselves if they fall into overconfidence, knowing they are superior to their opponents and that they have first place in the group almost in their hands. They will have to score a goal in the first half so that the pressure does not haunt them in the second half, considering that they will face an opponent that has not even put their hands in.
10:10 AMa year ago

Although they have looked bad in the tournament and have accumulated four defeats, Besiktas still has a slim hope of finishing third in the group and for that they will have to start by winning this match, which they can take advantage of against Ajax, who are in perfect form and could make some changes to rest their players.
10:05 AMa year ago

How is Group C of the Champions League going?

After four games, Ajax needs a point to secure first place in the group and a place in the next round, as it is the leader with 12 points, while Besiktas is in last place with zero points.
10:00 AMa year ago

The Besiktas vs Ajax match will be played at the Vodafone Park, in Istanbul, Turkey. The kick-off is scheduled at 12:45 pm ET.
9:55 AMa year ago

Welcome to VAVEL.com’s LIVE coverage of the UEFA Champions League: Besiktas vs Ajax!