Thank you very much for tuning in, don't miss all the content that VAVEL has for you.
2:38 PMa year ago

The match is over Lazio defeats Lokomotiv 3-0 and takes the 3 points of the match.
2:35 PMa year ago

Goooooool! of Lazio 3-0 and the curtain closes on a match that was completely dominated by the Italians.
2:31 PMa year ago

Last minutes of this match, Lazio will take the 3 away points in a very lively game.
2:21 PMa year ago

The intensity of the match has dropped, the locals have stopped insisting
2:17 PMa year ago

Lokomotiv attacks dangerously but leaves gaps in the defensive end
2:08 PMa year ago

Goooooooool! Lazio's double from Immobile makes it 2-0.
2:06 PMa year ago

Another penalty for Lazio, and a yellow card for Barinov.
2:04 PMa year ago

Lokomotiv presses and seeks to tie the match
2:01 PMa year ago

Goooooooool! by Lazio, great shot by Immobile to open the score 1-0.
1:59 PMa year ago

Penalty for Lazio
1:58 PMa year ago

First minutes of the second half and Lazio with more ball possession.
1:50 PMa year ago

The second half starts with a change for Lazio:

The first half is over, draw at Lokomotiv Stadium.
1:32 PMa year ago

Dangerous counter-attack by the visitors that Lokomotiv's defense cuts off without a problem.
1:24 PMa year ago

Last minutes of this first half, neither team shows clarity at the moment.
1:22 PMa year ago

Luis Alberto of Lazio is cautioned.
1:19 PMa year ago

A fierce fight for the ball in the midfield
1:17 PMa year ago

Very close lokomotiv, a lot of intensity in the game
1:12 PMa year ago

Lazio do not lend the ball to the home team, who commit many fouls to prevent the play from continuing.
1:02 PMa year ago

Lazio now have the ball and they are the ones who are looking for the goal.
12:58 PMa year ago

The first minutes of the match and the locals took possession of the ball, going forward with the intention of opening the scoreboard quickly.
12:51 PMa year ago

Yellow card very quickly in the match for Lokomotiv's Kamano.
12:46 PMa year ago

Lokomotiv and Lazio face each other in the penultimate Group E match.
12:42 PMa year ago

Everything is ready for the starting whistle, just minutes before the UEFA Europa league anthem is heard and the teams take the field.
12:25 PMa year ago

On the other hand, in a few hours the other match of this group will be played, Galatasaray as leader will face Marseille of France, in a match that will spark off sparks in the face of the last matchday.
12:12 PMa year ago

The two teams are warming up just a few minutes before kick-off between Lokomotiv and Lazio.
12:02 PMa year ago

This is the lineup of the Italian team:

This is the lineup of the Russian team:

💥 Our starting eleven for the #UEL home match against Lazio

💪🏼 We are ready to come back into the game!

The referee for this match will be Artur Manuel Ribeiro Soares Dias.
11:50 AMa year ago

The last match between the two teams was in the first leg of the Group, when the Italians defeated Lokomotiv 2-0 at the Lazio stadium, with goals by Spanish player Patric Gil and Croatian player Tomac Basic, which indicates the dominance of the Italian team, the Russians always suffer when they play against Italian teams.
11:40 AMa year ago

In a few moments we will share with you the starting lineups for Lokomotiv vs Lazio, as well as the latest information from the Lokomotiv Stadium. Don't miss any details of the match with VAVEL's minute-by-minute live online coverage.
11:35 AMa year ago

Located in Moscow, Russia, it is a World Cup stadium with a capacity for 27,320 fans and inaugurated on July 5, 2002, it will be the venue for tomorrow's UEFA Europa League match.
11:30 AMa year ago

Where and how to watch Lokomotiv vs Lazio online and live:

The match will be broadcasted on ESPN

Watch out for this Lazio player

Italian player of 31 years old born on February 20, 1990, is the pillar and standard bearer of the Italian team, currently has 1 goal in the tournament, and with his national team has 15 goals scored, a very complete player, skilled and with great potential.

Watch out for this Lokomotiv player:

Russian player of 31 years old, and center forward is one of the most important players is a born scorer, has played matches with his national team and has 16 goals currently, surely tomorrow we will see as a starter against Lazio.

This is Lazio's latest lineup ahead of their match against Lokomotiv: 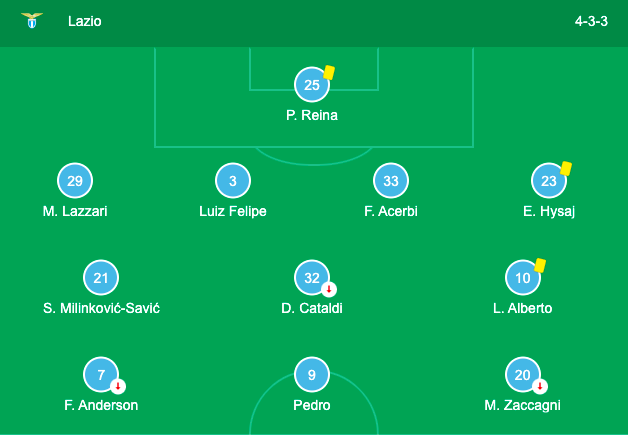 This is the last lineup that Lokomotiv came out with: 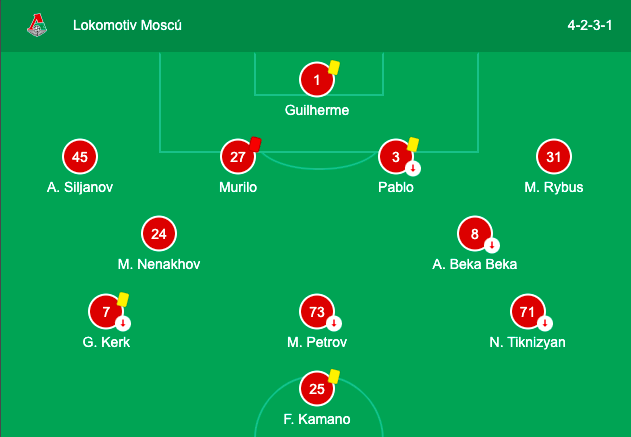 Lazio arrives with 5 points, 3 points behind Galatasaray, facing a Lokomotiv team that is currently in last place, Lazio arrives as the favorite but in a field that always makes the home team feel the pressure, will they manage to take the lead in Group E?
11:00 AMa year ago

Lokomotiv comes into this match as last place in Group E, looking to climb positions against a tough Lazio team and not finish in last place, if they win tomorrow they would pass Marseille.
10:55 AMa year ago

Good morning and welcome to all VAVEL readers! Welcome to the Lokomotiv vs Lazio live stream, corresponding to the UEFA Europa League Match day 5. The match will take place at the Lokomotiv Stadium, at 11:45 am.