Thank you for following FC Midtjylland 3-2 Braga in the UEFA Europa League.

Stay tuned to all that VAVEL has to offer.

The match is over FC Midtjylland won the match with a come-from-behind victory.

This way they reach 8 points and tighten group F

3 minutes were added in the second half.

3 minutes were added in the second half.
2:37 PMa year ago

The penalty kick gives the home team the lead and, if nothing strange happens, the victory.

After a review, the penalty is awarded to the home team.

The Portuguese team gets the equalizer with a great goal by Galeno, who puts the ball into the corner.

Sporting Braga tries everywhere but can't get past the home defense.

The clock is against them

With the momentary results in group F

Red Star would take the lead with 10 points followed by Braga with 9 and FC Midtjylland with 8.

Brumado and Paulinho come off

Charles and Dyhr come in

Medeiros, Oliveira and Rodrigues come out.

In Ruíz, Moura and González

Incredible miss by Isaksen, who fails to score with the goal alone and bursts the crossbar.
2:12 PMa year ago

The game is in a tense lull, but as time goes on the visitor will have to break the order
2:07 PMa year ago

Red Star is winning its match and Group F is getting very close in the last 30 minutes of the match.
2:02 PMa year ago

The visitors continue to stifle the home side with possession but the rout continues
1:59 PMa year ago

Braga tries to press to find the equalizer but the home side is ready to score on the counterattack
1:55 PMa year ago

Braga player hits the crossbar and the home team is saved

Second goal for the home team thanks to a play from left to right, for Isaksen to score alone.

Second half begins in Denmark
1:34 PMa year ago

First half ends in Denmark

The teams tied at 1 after a very tight first half

3 minutes of extra time are added in the first half.
1:30 PMa year ago

Ricardo Horta scores to tie the match after a play on the left side.

62% of possession for Sporting Braga, which has a lot of the ball but cannot find clarity in attack.
1:22 PMa year ago

A very tight game in the midfield, both teams neutralize each other and fail to create danger in the different areas.
1:18 PMa year ago

Very tense match in Denmark, the score remains the same and Braga are losing their comfortable lead as group leaders
1:15 PMa year ago

With this result, FC Midtjylland would have the same number of points as Red Star.
1:09 PMa year ago

Braga keeps trying to have the ball but the Danish team starts to get out of their own half, the partial victory is maintained.
1:01 PMa year ago

Braga takes the ball and already has 57% of the possession, looking to open up the defense of the home team.
12:56 PMa year ago

Sporting Braga starts to gain meters in the opponent's area but without success in finding the equalizer
12:53 PMa year ago

The home team has possession of the ball and control of the game as it leads by the slightest of margins.
12:50 PMa year ago

Matchday 5 of the UEFA Europe League is played

All set in Denmark

We are minutes away from the Group F match between FC Midtjylland vs Sporting Braga.
12:26 PMa year ago

The Portuguese team has 3 wins in 4 matches and only one loss, 9 points that place them at the top of the group.
12:24 PMa year ago

The XI chosen for the visiting team are ready

Sporting Braga field eleven players for away game, with Galeno leading the way as they look to score more goals

The other meeting of the group

In the same sector, Red Star hosts Ludogorets, with the Serbian team looking for a win to stay in the qualification places.
11:55 AMa year ago

Away team ready for victory

Sporting Braga arrives as sector leader and prepares with the intention of qualifying for the next round.

The home team is at its stadium to continue its good run and look to advance to the next round.

Do not miss a detail of the match with the live updates and commentaries of VAVEL. Follow along with us all the details, commentaries, analysis and lineups for this FC Midtjylland vs Sporting Clube de Braga match in UEFA Europe League.

This is the start time of the game FC Midtjylland vs Sporting Clube de Braga of 25th November in several countries:

Watch out for this Sporting Clube de Braga player.

Wenderson Galeno has 4 goals so far in the continental competition being the top scorer of his team, in his legs he carries much of the responsibility for Braga to get the pass in this match. 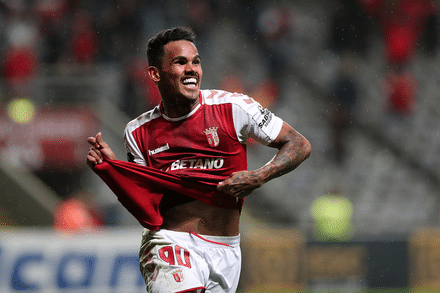 Watch out for this FC Midtjylland player

Júnior Brumado is the leading scorer for the Danish team in their league, as he has 7 goals so far in the tournament and will be a key player for them to achieve their third consecutive victory. 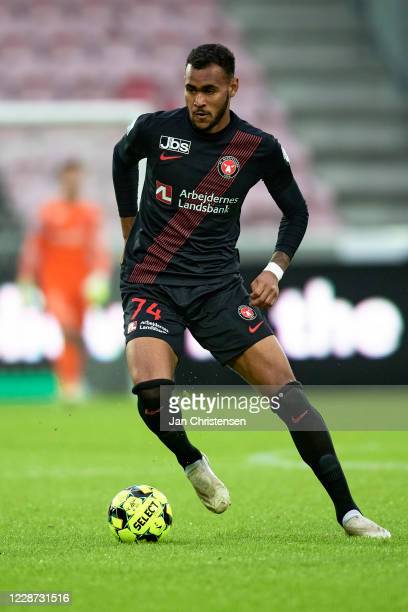 Last results of the two teams in the UEFA Europa League

The visitors come in after consecutive wins over Ludogorets both home and away, so they will be looking to keep their streak going.

The home side picked up two crucial wins against Red Star that put them in a position to fight for qualification.

The Portuguese team is in fifth place in the Portuguese championship, 10 points behind leaders Porto, but in the continental competition they are leaders of their sector.
11:05 AMa year ago

The Danish champions have managed to dominate their league over teams like Kobenhacn, Randers or Brondby, but after playing their first Champions League in quite some time, they will be looking for better fortune in the second continental competition.
11:00 AMa year ago

Matchday 5 of the UEFA Europa League in Group F brings with it the match between leaders Braga, who with 9 points are very close to the next stage, and FC Midtjylland, who with a win put themselves in a qualification position.
10:55 AMa year ago