ALA0
END7 hours ago

Thank you very much for joining us

Thank you very much for tuning in to follow all the content that VAVEL has for you.
11:06 PM2 months ago

Last minutes of the game, Leon will take the pass to the semifinals.
10:57 PM2 months ago

The referee reviews a possible handball by Reyes in Puebla's six-yard box.
10:39 PM2 months ago

In: Meneses Out: Omar Fernandez

With Leon close to the second goal, the match did not let up in intensity and became increasingly tense.
10:30 PM2 months ago

Puebla looks for dangerous crosses into Cota's area, but the Mexican goalkeeper is very attentive.
10:25 PM2 months ago

A back and forth game with a lot of pressure from both teams.
10:16 PM2 months ago

Puebla started the second half with a lot of intensity, looking for a goal to tie the match.
10:12 PM2 months ago

At the end of the first half, León defeats Puebla 1-0 (aggregate 2-2) with this score the home team qualifies.
9:52 PM2 months ago

Last minutes of the first half, and it looks like we will go to the break with a 1-0 lead for Leon.
9:45 PM2 months ago

Strong foul by Javier Salas on Barreiro.
9:41 PM2 months ago

The intensity of the match drops, after an exciting start
9:37 PM2 months ago

León suffocated the Puebla defense and got closer and closer to the second score.
9:32 PM2 months ago

A possible handball in the Puebla area was reviewed, but the referee indicated that there was no foul.
9:27 PM2 months ago

León is approaching the Puebla area, and they are getting closer and closer to opening the scoring.
9:22 PM2 months ago

Yellow card for Ferrareis of Puebla.
9:21 PM2 months ago

Vibrant match, which started with a lot of intensity, little by little both teams began to generate dangerous plays.
9:17 PM2 months ago

Rodolfo Cota was attentive at the back and saved his team.
9:12 PM2 months ago

At the start of the match, the home team quickly gained possession of the ball.
9:07 PM2 months ago

The match between León and Puebla kicks off, corresponding to the second leg of the Quarter-Finals.
8:46 PM2 months ago

Qualifiers for the semifinals

The teams that have already qualified for the semifinals are Pumas and Atlas, who in their respective matches surprised and eliminated leaders America and Monterrey.
8:37 PM2 months ago

Both teams take the field to make their moves prior to the quarterfinal match, it should be noted that neither team has any absentees or injuries, so tonight at the Nou Camp Stadium we will see both teams complete and with their best weapons.
8:36 PM2 months ago

This is the lineup with which the Puebla team will take the field for the second leg of the quarterfinals: 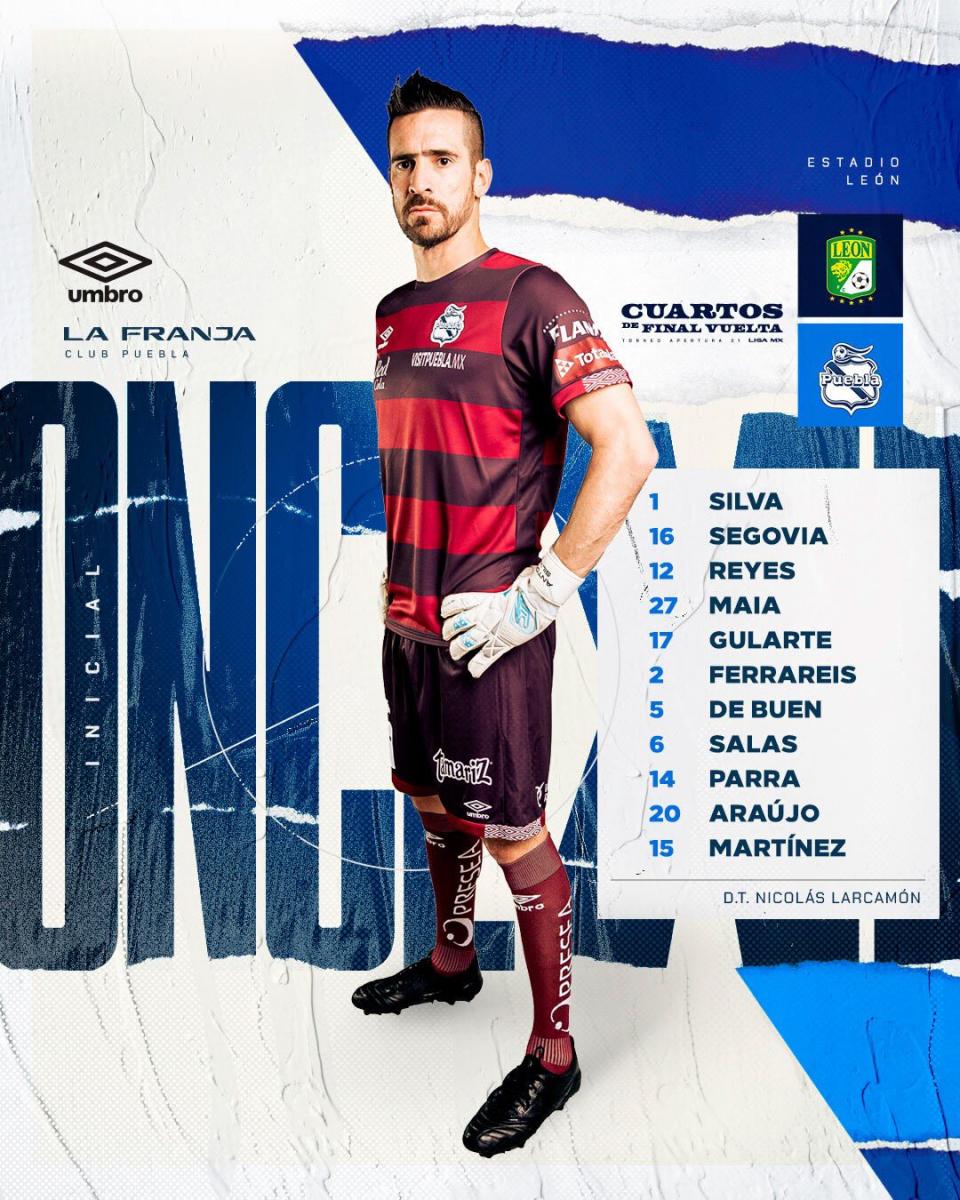 This is the lineup with which the Emerald squad will take the field for the second leg of the quarterfinals: 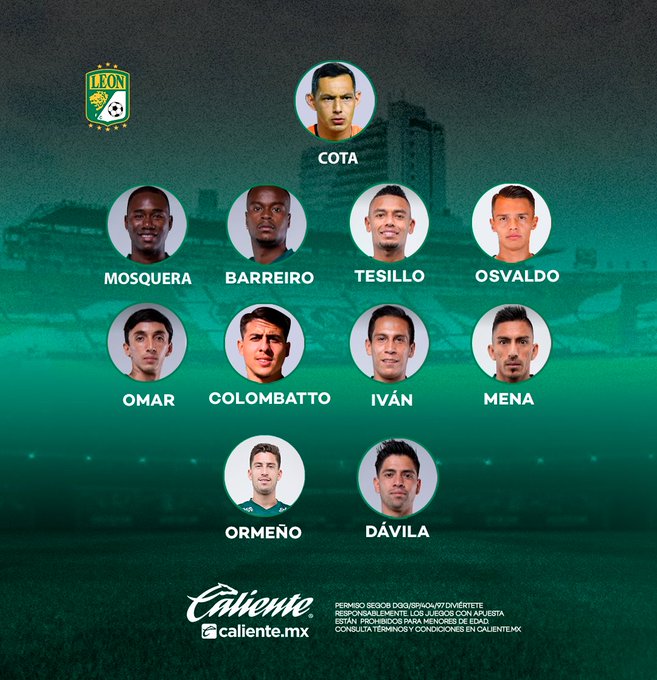 Little by little, the stands at the Nou Camp Stadium are starting to fill up, the Emerald squad is looking to reach the semifinals again, while the Puebla side wants to return to the semifinals since the 2009 Clausura, can they do it tonight in Leon?
8:21 PM2 months ago

This is the background of the match between León and Puebla: 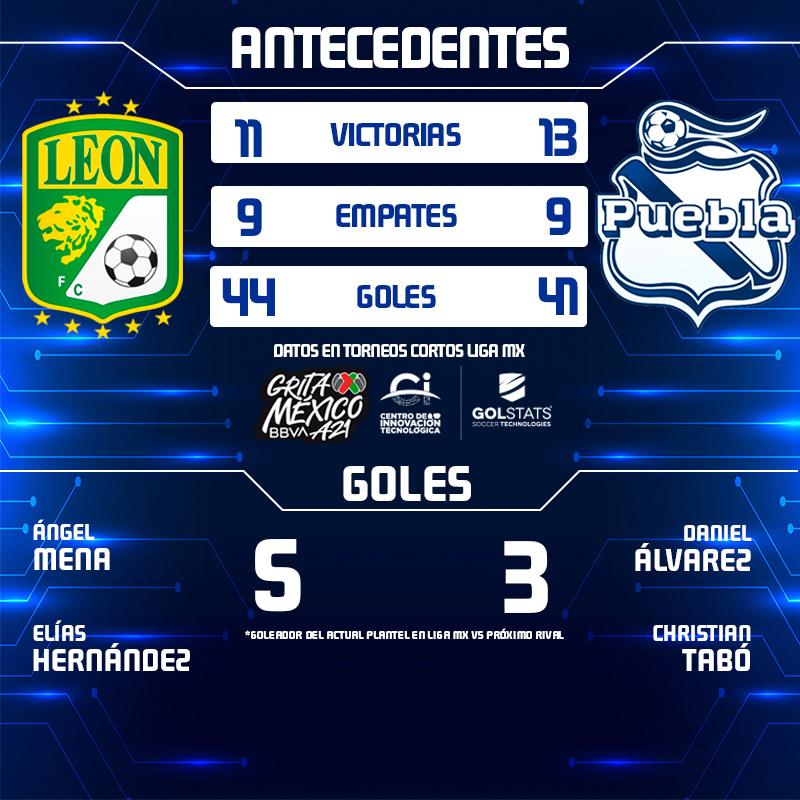 The referee for this match will be Jorge Antonio Pérez Durán, his assistants will be Alberto Morín Méndez and Jonathan Maximiliano Gómez and the fourth referee will be Oscar Macías Romo.
8:11 PM2 months ago

Stay tuned for live coverage of Leon vs Puebla.

In a few moments we will share with you the starting lineups for Leon vs Puebla, as well as the latest information from the Nou Camp Stadium. Keep an eye on the match with VAVEL's minute-by-minute live online coverage.
8:06 PM2 months ago

Located in Leon, Guanajuato and with a capacity for 31,297 spectators, its owner is Grupo Pachuca and was inaugurated on March 1, 1967. It has had unforgettable matches including the finals of Liga MX, Copa Libertadores, Concachampions, Copa MX, World Cup 1970, 1986, among others, a historic stadium for Mexican soccer.
8:01 PM2 months ago

Where and how to watch León vs Puebla online and live:

The match will be broadcasted on Fox Sports and Claro Sports

Watch out for this Puebla player:

Paraguayan goalkeeper, born on February 27, 1984 in Asuncion, Paraguay, he is 37 years old and is one of the figures that this team directed by Larcamon has, he has 14 games as a starter and 1260 minutes played, in the current tournament he has been one of the most important players, giving him the pass to the Quarterfinals by saving 2 penalties and eliminating Chivas in the playoffs, this Sunday he will seek to repeat the dose against Leon and thus classify his team to the semifinals. 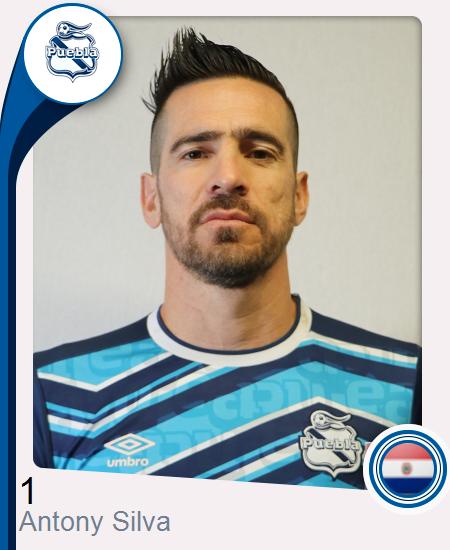 Watch out for this player from Leon

Center forward, born in Tarapacá, Chile on November 4, 1997, he made his debut in the league played with Necaxa against Lobos Buap, on October 28, 2017, already with a great step in teams like Necaxa, Pachuca and currently in León, in the current tournament he has 12 games as a starter and 6 goals, being one of the most important strikers in the current tournament since he has a hat trick, he has also played 1036 minutes, will we see him on Sunday be the figurehead for his team and thus give them the pass to the semifinals? 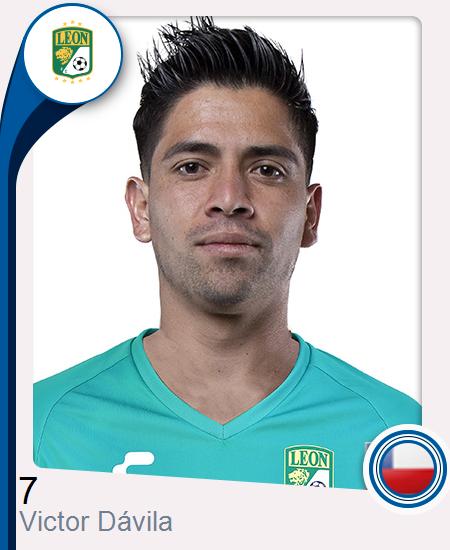 Win or draw the two options for Puebla

After defeating León 2-1, Larcamon and company go to a complicated field with the intention of winning or tying in order to qualify for the semifinals. León is only going for one goal to tie the aggregate and qualify, which is why it is so important for them to have won by the minimum.
7:31 PM2 months ago

Victory is the only option for León

After losing 2-1 in the first leg against Puebla, La Fiera only has one option, which is to win at home, a draw does not work for them, so next Sunday they will have to bring out their best players to win and qualify for the semifinals of the Grita México 2021, remember that León uses its stadium as a fortress, so it will be a heart-stopping match from start to finish for the visitors.
7:26 PM2 months ago

Good afternoon and welcome to all VAVEL readers! Welcome to the live broadcast of the León vs Puebla match, corresponding to the second leg quarterfinals of the Grita Mexico AP 2021, the match will take place at the Nou Camp Stadium, at 8:00 pm.