It's over! The second half comes to an end with Atlético winning away.
2:21 PM2 months ago

A cross from the home team, but Oblak keeps the ball.
2:17 PM2 months ago

Cadiz goal! Lozano's shot ends up in the visitor's net.
2:16 PM2 months ago

Cádiz is looking for the goal with intensity.
2:07 PM2 months ago

Cádiz changes. Sobrino and Savic come on for Arzamendía and Chapela.
2:06 PM2 months ago

Atlético de Madrid goal! Great play that culminates in a filtered ball from Lemar to Correa, the latter sends an accurate shot that Ledesma fails to stop.
2:05 PM2 months ago

Lemar's shot, but Haroyan appears inside the box and prevents the third from going in.
2:03 PM2 months ago

Close! Cádiz came close to scoring an own goal, but the defense saves on the line.
2:03 PM2 months ago

Change of Cádiz. Perea is replaced by Álvaro Negredo.
1:53 PM2 months ago

Ledesma saves his goal from the second after a good save against Lemar's arrival.
1:46 PM2 months ago

Goal, goal, goal for Atlético Madrid! After Carrasco's cross, Thomas Lemar pops up inside the box and heads in to open the scoring.
1:41 PM2 months ago

Savic gets a shot on goal, but Ledesma prevents his goal from falling.
1:40 PM2 months ago

Lemar's cross is headed by Felipe, but the ball goes wide.
1:37 PM2 months ago

Near Cádiz! Lozano misses the cross and misses the first.
1:37 PM2 months ago

The actions begin for the second half.
1:19 PM2 months ago

The first half is over, the scoreboard is still unopened at the Carranza
1:14 PM2 months ago

Llorente arrived with danger, but Salvi prevented him from passing into his goalkeeper's area.
1:11 PM2 months ago

The one that failed! Luis Suárez was left in front of goal, but his shot went into the stands.
1:10 PM2 months ago

Atletico looked for the home goal, but the defense prevented the attacks.
1:05 PM2 months ago

Change of Atlético Madrid. José Giménez is replaced by Felipe.
1:01 PM2 months ago

Oblak intervenes in a ball that was looking for his goal.
12:54 PM2 months ago

Savic tries to shoot at goal, but the ball goes wide.
12:42 PM2 months ago

Both teams take the field at the Carranza Stadium looking to get ready and warm up before the match that will kick off in a few minutes.
12:16 PM2 months ago

They are already in Carranza!

Atlético Madrid is already at the home of Cádiz, the team will be looking for three points and an important victory to continue climbing positions.
12:14 PM2 months ago

Cadiz is already at the Carranza Stadium and will be looking to beat Atletico, a tough opponent in this match. 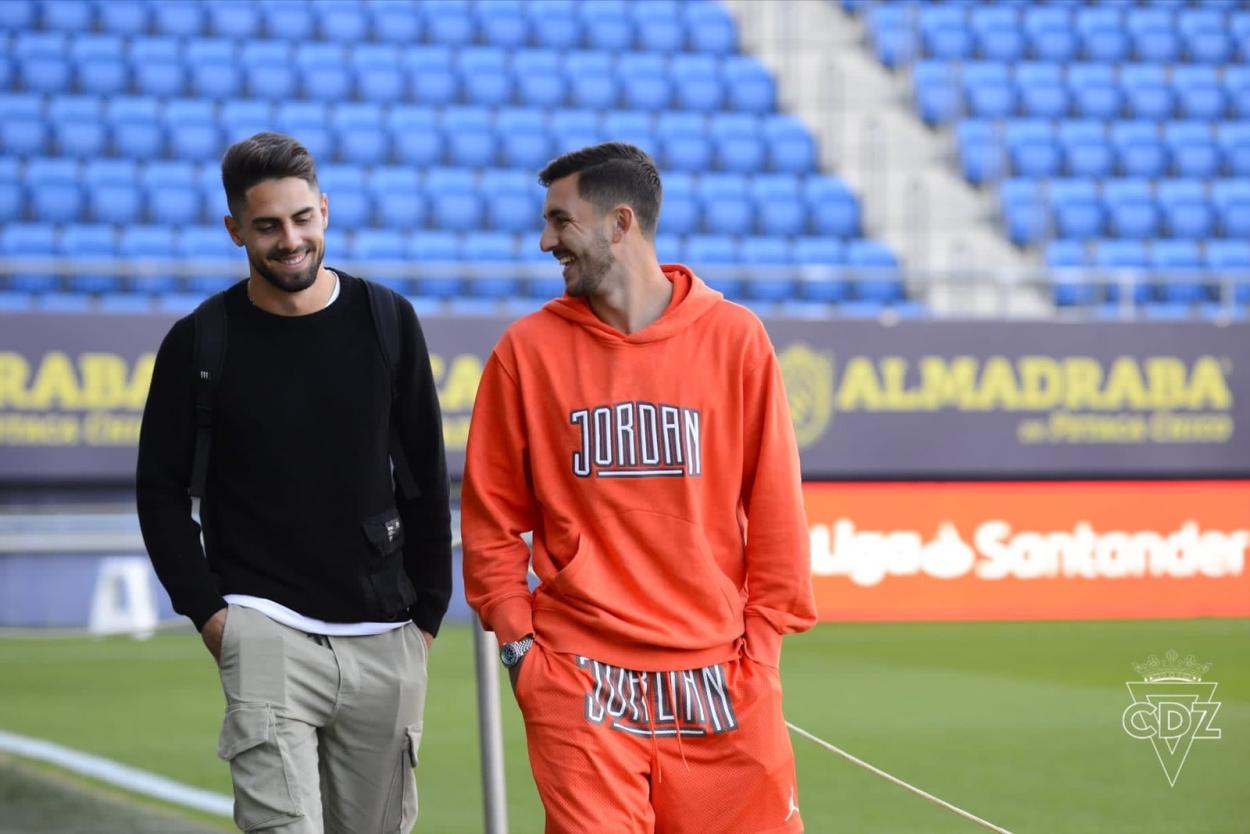 The fans of both Cádiz and Atlético are starting to show up at the Carranza stadium, which will enjoy a good duel today.
11:58 AM2 months ago

Jesús Gil Manzano will referee today's match between Cádiz and Atlético de Madrid. In addition to refereeing in LaLiga, the referee is a FIFA referee.
11:52 AM2 months ago

"We are facing one of the best".

Perera spoke ahead of the match: "We are facing one of the best teams in Europe. We are very excited. It's going to be difficult, but we're not going to lack the desire to fight for the three points".
11:47 AM2 months ago

Cádiz has negative numbers against Atlético, as the last 12 duels played between these teams, they have not managed to win, a situation that they will seek to change in this match.
11:37 AM2 months ago

Welcome to the minute by minute of the match between Cadiz and Atletico Madrid, the match corresponds to the 14th matchday and is a duel where the locals will look for the result in their favor. Soon we will share with you the lineups and the most important information.
11:32 AM2 months ago

Stay tuned for the Cadiz vs Atletico Madrid live stream.

In a few moments we will share with you the starting lineups for Cadiz vs Atletico Madrid live, as well as the latest information from the Estadio Carranza. Keep an eye on the action with VAVEL's minute-by-minute live online coverage of the match.
11:27 AM2 months ago

How to watch Cadiz vs Atletico Madrid Live Stream on TV and Online?

If you want to watch the game Cadiz vs Atletico Madrid live on TV, your options is: ESPN.

Diego Simeone spoke before this match: "I understand and perceive in training and matches that the attitude to win and compete as always is there. Afterwards, there are the successes, the mistakes and the things we have to correct inwards as we did for ten years and we are not going to change now".

"We did what we were looking for. We were looking to throw crosses, generate a bad clearance, try to connect to be able to get in where there is a cage well enclosed and it's not easy. Osasuna did well and we looked for what we thought could hurt."

"Mainly, we are in a place where criticism always has to be and is going to be. Beyond that, I don't get worked up about an important moment for the team and nice words from the environment, nor when there is criticism of a situation. I am quite balanced in that thinking and I try to look for what makes me feel identified with what I see".

"It's a complex team, that has a very hard way of working, that feels very identified with what they do and that is always dangerous, and that manages to maintain concentration throughout the game playing in a defensively very strong way. They have very fast players, especially Lozano, up front and that will give them the chance to play the way they feel most comfortable and the way they felt identified with last season".

Atlético de Madrid arrives at this match after beating Osasuna by the minimum; it is also in fourth position in the general table with 26 points. 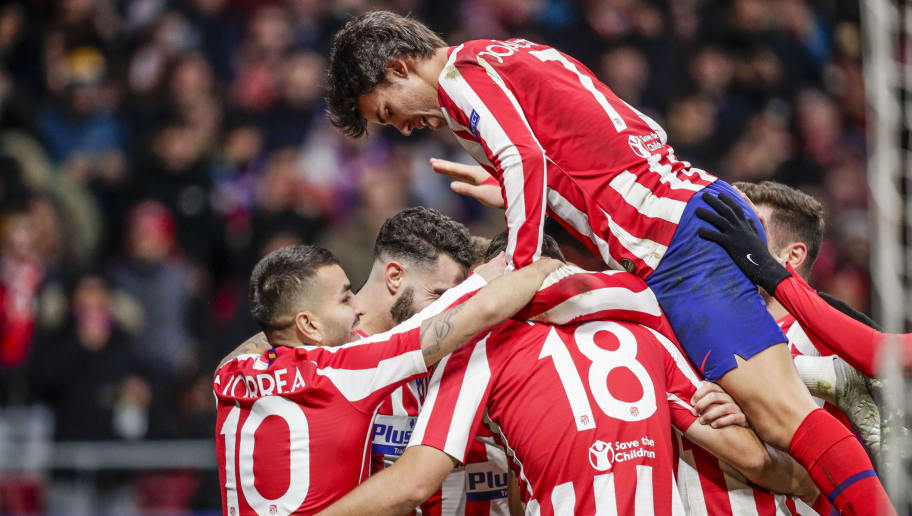 Cádiz arrives at this match after losing to Getafe by four goals to zero, and has not had a great tournament, with only two wins, six draws and six defeats. 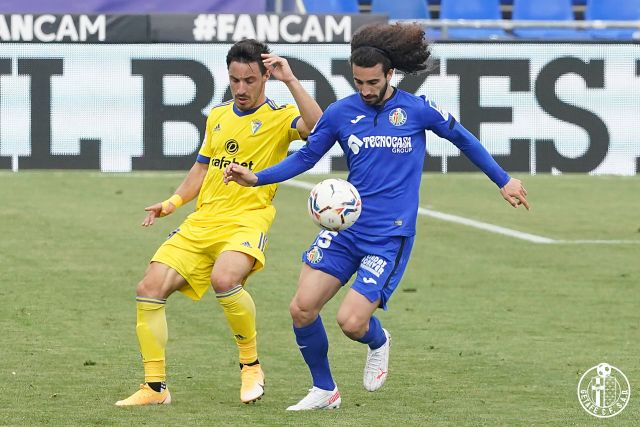 The match will be played at the Carranza Stadium.

The match of Cadiz vs Atletico Madrid will be played at the Carranza Stadium, located in Cadiz, Spain. The capacity of the stadium is 25,033 people.
11:02 AM2 months ago