GET0
ENDa day ago

Thank you for watching the match on VAVEL.COM

We hope you enjoyed the Newcastle vs Norwich matchday 14 of the Premier League. Continue to visit the VAVEL website to keep up to date with all the information that comes up throughout the day.
4:27 PM2 months ago

THE MATCH IS OVER.

The match that opened the 14th round of the Premier League ends, Newcastle misses the opportunity to get three points for the first time by joining Norwich. Both teams remain in the relegation zone. The scorers of the match were Callum Wilson from the penalty spot and Temuu Pukki near the end of the match. 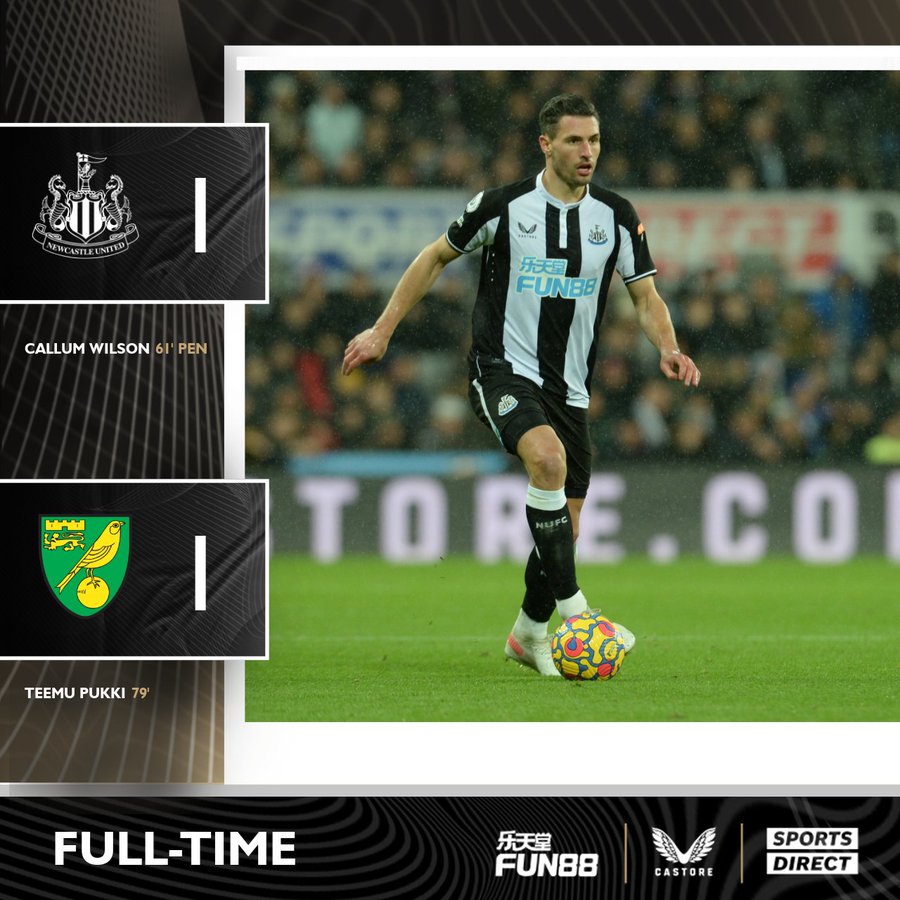 NORWICH GOAL!
Temuu Pukki ties things up and puts his team back in the match.
4:00 PM2 months ago

This is how Callum Wilson scored the penalty to put Newcastle ahead on the scoreboard.

Tim Krul gets a hand on the penalty, but it's not enough to stop the Magpies going ahead!#PLonPrime #NEWNOR pic.twitter.com/jPTIzuQBbq@primevideosport

NEWCASTLE GOAL!
Callum Wilson gets on the scoreboard with a penalty kick. The first victory for the home team is near.
3:44 PM2 months ago

The second half begins, New Castle and Norwich are still tied on the scoreboard.
3:18 PM2 months ago

The first half ends, Newcastle with a man down draws with Norwich City.
3:09 PM2 months ago

Newcastle remain on top.  Callum Wilson gets a shot away and the ball goes for a Norwich goal kick.
3:04 PM2 months ago

Norwich City has already knocked on the door! Teemu Pukki sends a sensational pass to Christos Tzolis who receives and shoots dangerously towards the home goal.
2:57 PM2 months ago

Newcastle came close again! Joelinton took a right-footed shot from outside the box but again the ball didn't grab the conva to generate danger.
2:51 PM2 months ago

Jonjo Shelvey is at it again and this time his shot goes just wide of the posts.
2:45 PM2 months ago

Ciaran Clark (Newcastle United) has been shown the red card.
2:40 PM2 months ago

Newcastle close! Jonjo Shelvey's shot from outside the box is high and wide to the right.
2:36 PM2 months ago

Christos Tzolis has been fouled in the defensive half by Ryan Fraser. Norwich have been awarded a free kick.
2:31 PM2 months ago

The match between Newcastle and Norwich begins, both teams will be looking for those three points to try to get out of the basement of the general.
2:20 PM2 months ago

In a few minutes we begin with the duel between Newcastle vs Norwich City; match corresponding to the 14th round of the Premier League.
2:15 PM2 months ago

This is how Norwich City will go out!

This is how the visiting team will start looking for the three points. 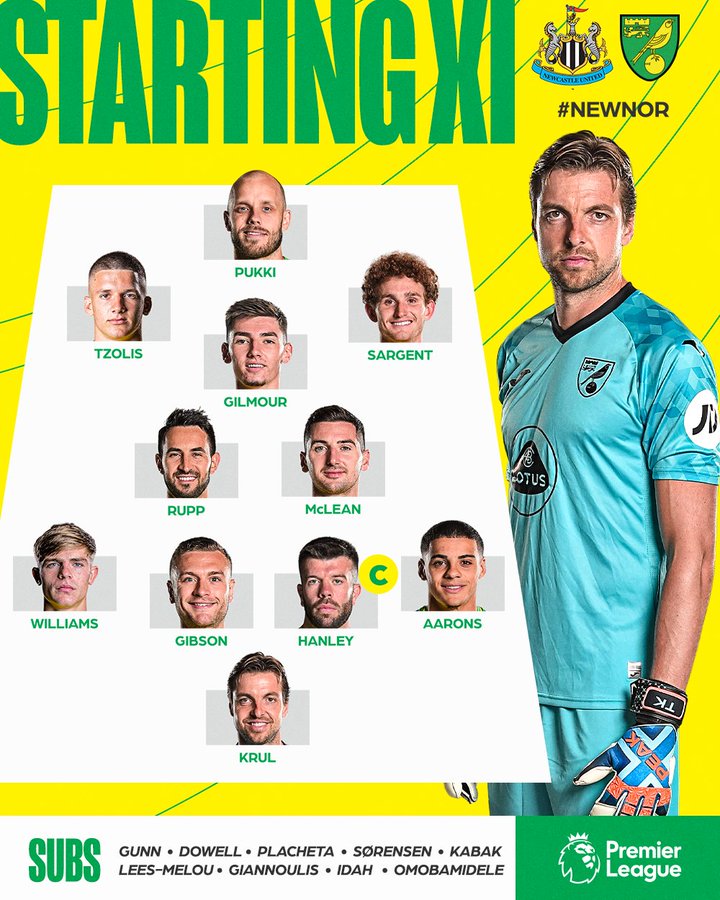 Newcastle United is eager to get back to winning ways in the match corresponding to the fourteenth matchday after suffering a defeat against Arsenal in the previous match by a score of 2-0. Since the start of the competition, the home side have not won any of the 13 matches played so far and have managed to score 15 goals for and 29 against.

As for the away team, Norwich City had to settle for a 0-0 draw against Wolverhampton Wanderers during their last encounter, so they come into the match with the pretensions of taking all three points this time. So far, of the team's 13 Premier League games to date, they have won two of them with a record of seven goals scored against 27 conceded.

This is how Newcastle will start today's match. 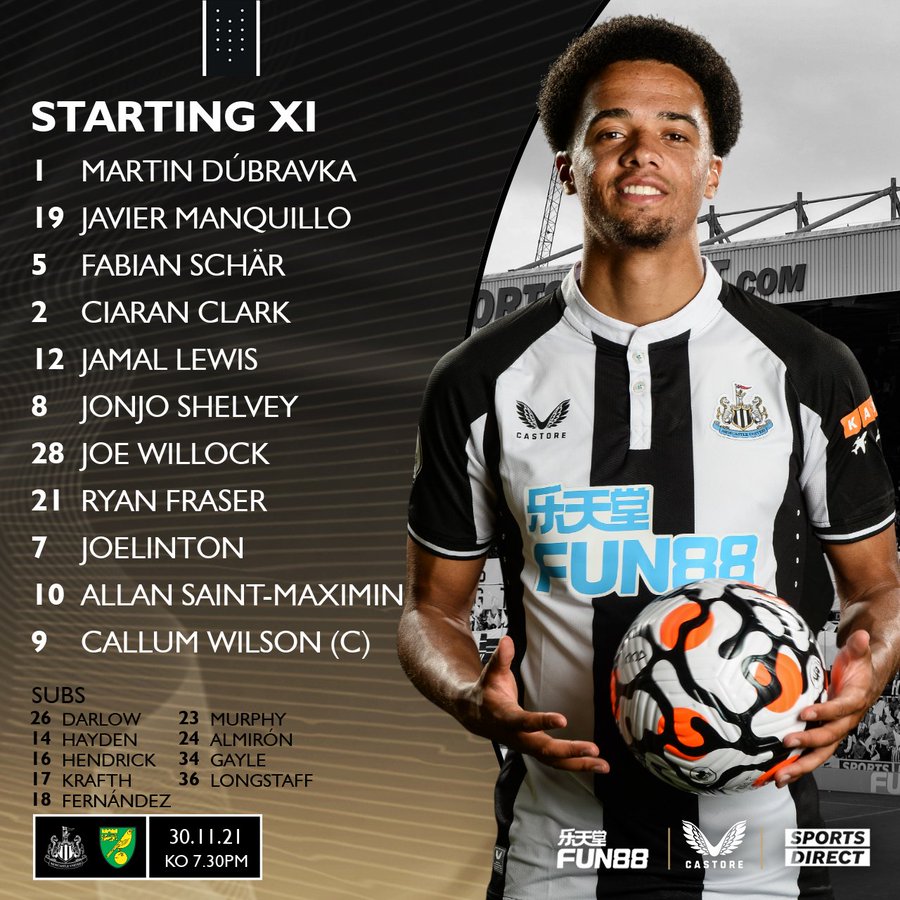 Norwich is second to last with 9 points from 13 games played, 2 wins, 3 draws and 8 defeats.

One of the promoted from the Championship this season, has been having a very complicated life in this Premier League, having already fired the coach who was at the club for a few seasons, Daniel Farke, having signed Dean Smith, who had recently resigned from Aston Villa, to replace him.

The debut match could not have gone better, and on the last matchday they drew goalless at home against Wolves, and are now unbeaten in three consecutive matches with 2 wins and 1 draw. Their top scorer is Temmu Pukki, who has 4 goals scored so far.

Newcastle is at the bottom of the Premier League with only 6 points from 13 games played, 15 goals scored and 29 conceded (but league defense), 6 draws and 7 defeats.

Newcastle made headlines around the world recently for having been acquired by a Saudi consortium. The first move was to resign coach Steve Bruce and sign Eddie Howe, who was without a club after the last experience at Bournemouth when the club was still in the Premier League.

No signings have been announced yet but due to the complicated sporting situation in which the team finds itself, a wave of signings is expected in the winter transfer window to try to save Newcastle from relegation.

Eddie Howe failed to win since his arrival, drawing at home, 3-3, against Brentford in the debut match and losing on the last day, 0-2, in London, against Arsenal.

Newcastle have a very vulnerable defense, being even the worst defense in the league, and are usually very dependent on their goal man, Callum Wilson up top.

Has not won in each of its last 14 matches in a row.
They have conceded in 16 of their last 17 Premier League home games.

They've arrived at the Stadium!

The Newcastle team is already at the Stadium, ready to face Norwich. 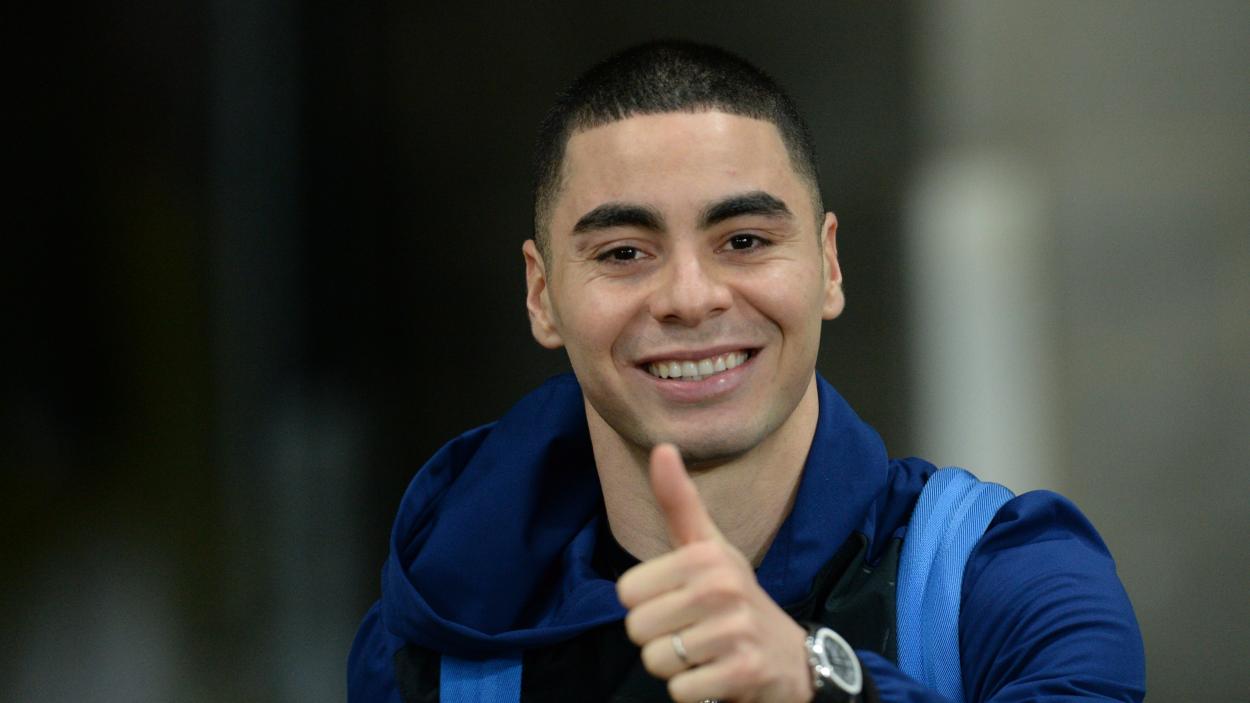 So far this year, the teams have played only one friendly match. The match was played in early August and ended with Newcastle winning 3-0. Note that in the 2019/20 season, the clubs also met in the Premier League. One win stayed with Norwich (3-1) and the second match ended in a 0-0 draw.
1:30 PM2 months ago

Do not miss a detail of the match with the live updates and commentaries of VAVEL. Follow along with us all the details, commentaries, analysis and lineups for this Newcastle vs Norwich match.
8:54 PM2 months ago

What time is Newcastle vs Norwich match for Premier League?

This is the start time of the game Newcastle vs Norwich of 30th November in several countries:

Teemu Pukki is a Finnish footballer who plays as a striker for Norwich City and the Finnish national soccer team.

He made his international debut for Finland in 2009 and has played 99 international matches, scoring 33 goals. He is his country's all-time leading scorer, recently surpassing Jari Litmanen. Pukki scored ten goals in ten games in the qualifying stage for Euro 2020, helping his team reach its first international tournament. 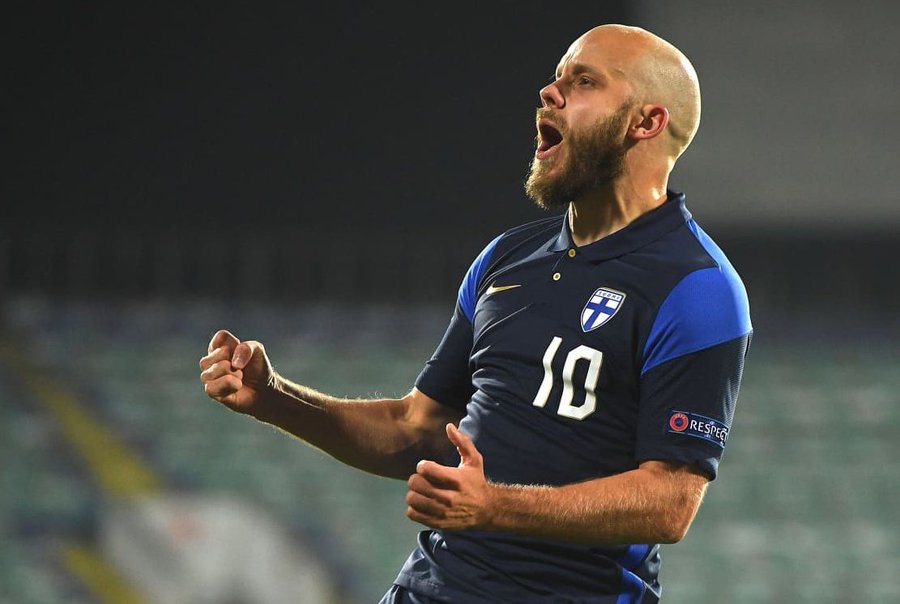 Watch out for this Newcastle player

Callum Wilson is an English player who plays as a striker and has shown a good level and has collaborated in the team's offense so far this season.

He is a striker with a great ability, with characteristics of a classic 9, who goes well through the air, more of an area striker, who holds the ball and knows how to generate goal options and define them. 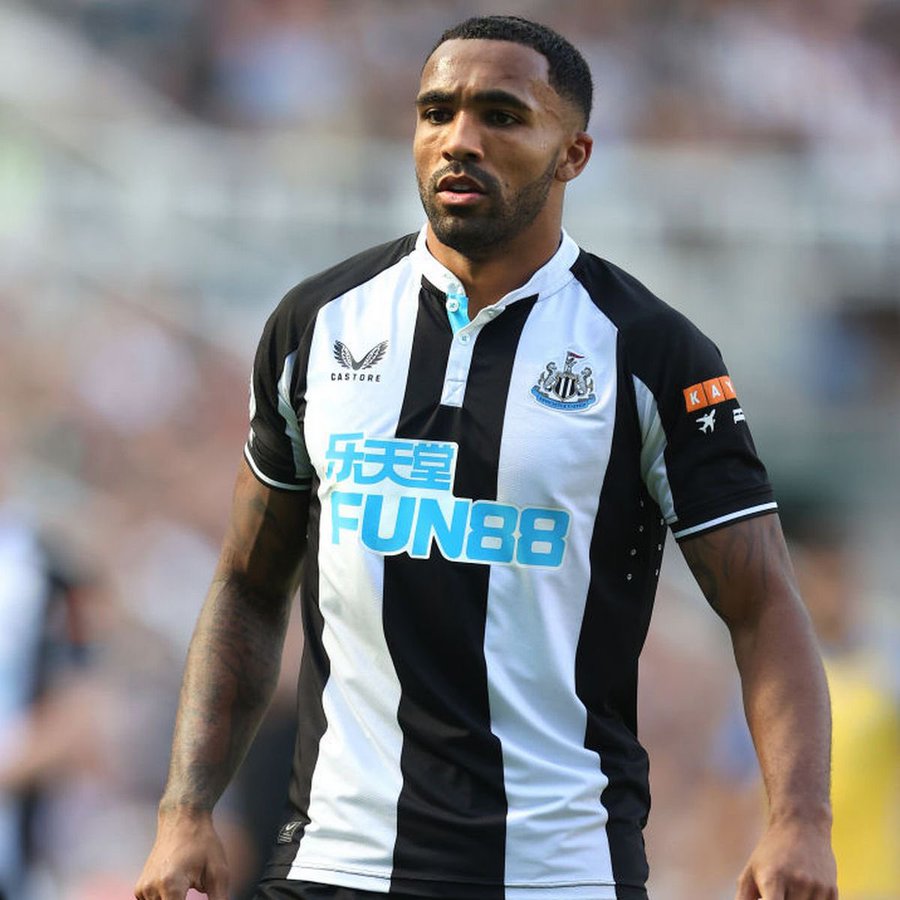 Newcastle and Norwich have met on a total of 59 occasions (25 wins for Newcastle, 17 draws and 17 wins for Norwich) with the scales tipping heavily in favor of the Qataris. In terms of goals, Newcastle is much better, with 96 goals scored while Norwich has scored 72 goals. Their last meeting dates back to matchday 25 of the 2020-21 season, when the two sides drew 0-0 in a duel with little excitement.
8:24 PM2 months ago

For this match, Anthony Taylor will be the central referee, he will be accompanied by Gary Beswick and Adam Nunn as the assistants 1 and 2 respectively, finally, Craig Pawson will act as the fourth referee. In the VAR, referees Stuart Attwell and Constantine Hatzidakis will be in charge of monitoring any dubious play inside the box or that merits a red card.
8:19 PM2 months ago

Norwich will try to take advantage of the bad mood of their opponents and get out of the three relegation places in the Premier League to stay at least one more year in the top flight of English soccer. So far, the green and yellow team arrives to this match occupying the penultimate place in the general table with 9 points from 2 wins, 3 draws and 8 defeats, They also average a total of 7 goals for and 27 goals against, a situation that leaves them with a -20 goal difference and positioned as the worst offense of the championship, however, the victory factor may play in their favor since this team already knows what it means to win this season, also, they come from a draw against Wolverhampton so it will be important to take advantage of it.
8:14 PM2 months ago

The team acquired by the Qataris is extremely sunk at the bottom of the general table and with ample possibilities of going to the silver league in England, so far the Black and Whites have only 6 points so far this season, which have been the result of 6 draws and 7 defeats, also, they average a total of 15 goals for and 29 goals against, a situation that leaves them with a difference of -14 goals, placing them as the second team with the second worst defense in the English league. Also, another important factor to take into account is the fact of not knowing the victory after thirteen dates of championship played, which turns on the alarms in the Newcastle team, so it will be important to take advantage of the rival they will face to look for their first victory.
8:09 PM2 months ago

The most even duel of the tournament

The Newcastle vs Norwich match will be played at St. James Park, in Newcastle, England. The kick-off is scheduled at 14:30 pm ET.
7:59 PM2 months ago

Welcome to VAVEL.com’s LIVE coverage of the 2021 Premier League: Newcastle vs Norwich!