Thank you for following the broadcast of the game between Morocco and Palestine of the Arab Cup 2021.
12:54 PMa year ago

Benoun tricks the goalkeeper and through the middle converts the penalty and makes it the fourth of the match.

The referee awards Morocco a penalty kick.
12:38 PMa year ago

With victory assured, Morocco controlled the game and carried it into the final minutes.
12:33 PMa year ago

Morocco's direct free kick is deflected by the wall and passes very close to the goal.
12:28 PMa year ago

Azarou's precise pass inside the box in the one-on-one that Azarou had defined to increase the difference in this match, but the VAR indicated that there was a millimeter offside.

Bencharki is encouraged by the mid-range shot that this time goes high.
12:18 PMa year ago

Hafidi's mid-range shot drilled into the net to put the score on future World Cup soil.

Palestine's offensive play is disallowed for offside.
12:08 PMa year ago

Hafidi closes to the far post and with the inside of his right foot sends the ball into the net to increase the lead on the scoreboard.

Dangerous service to the far post that is denied by the Palestine defense.
11:58 AMa year ago

The second half begins between Morocco and Palestine.
11:53 AMa year ago

Palestine had scored the equalizer, but the play was disallowed for a previous offside.
11:38 AMa year ago

The VAR reviews the sweep and decides that the yellow was enough to punish the Morocco player.
11:28 AMa year ago

Morocco's Chibi is cautioned for a late sweep.
11:23 AMa year ago

Palestine's play is disallowed for a clear offside.
11:18 AMa year ago

Mohammed Nahiri's shot from half distance to the angle, with the goalkeeper's help, opens the scoring.

Layth Kharoub has been cautioned for a hard tackle with his shoes in front of him.
11:08 AMa year ago

Achraf Bencharki closes the pincer at the far post, but his contact goes over the top of the goal.
11:03 AMa year ago

Morocco continued to dominate the ball, but were no longer able to convert this into dangerous chances.
10:58 AMa year ago

Morocco again missed a clear opportunity, but it had already been flagged offside.
10:53 AMa year ago

The match between Morocco and Palestine kicks off.
10:38 AMa year ago

We are minutes away from the start of the game from Qatar between Morocco and Palestine.
10:33 AMa year ago

Morocco's head coach is Bosnian Vahid Halilhodžić, who has extensive experience in the dugout since 1990 and has national team experience having coached Ivory Coast, Japan and Algeria.
10:28 AMa year ago

This is how Morocco announced its participation in the Arab Cup against Palestine in a duel that promises to be a sparkling affair.

At the World Cup venue

The World Cup will be held in Qatar in a year's time and the Arab Cup is being held as a taster, which will serve to check the logistics of the event in preparation for 2022.
9:58 AMa year ago

The Arab Cup got underway this morning with no major surprises as Algeria defeated Sudan 4-0 in Group D and Egypt won by the narrowest of margins against Lebanon.
9:53 AMa year ago

It should be recalled that Morocco is coming off the back of a perfect qualifying campaign in Africa and is one of the top contenders to win the title in this competition.
9:48 AMa year ago

Morocco and Palestine make their debut in the Arab Cup this Wednesday and will be looking to do it on the right foot. We begin with VAVEL's coverage of the game.
9:43 AMa year ago

Do not miss a detail of the match with the live updates and commentaries of VAVEL. Follow along with us all the details, commentaries, analysis and lineups for this Morocco vs Palestine match for the Arab Cup 2021.
9:38 AMa year ago

What time is Morocco vs Palestine match for Arab Cup?

This is the start time of the game Morocco vs Palestine of 1st December in several countries:

The only precedent in recent years between these two teams was on November 14, 2016 in a friendly match where they did not hurt each other after a 0-0 draw in the 90 minutes.
9:28 AMa year ago

The Asian team will depend a lot on the interventions under the three posts that Anas Abusaif can make, because as long as they keep the scoreboard closed the chances of getting a good result will increase.
9:23 AMa year ago

Turkey's Hatayspor player, Ayoub El Kaabi, was key to Morocco's dominance in the qualifiers by becoming the team's top scorer with five goals and is expected to continue to increase his scoring quota with his national team. 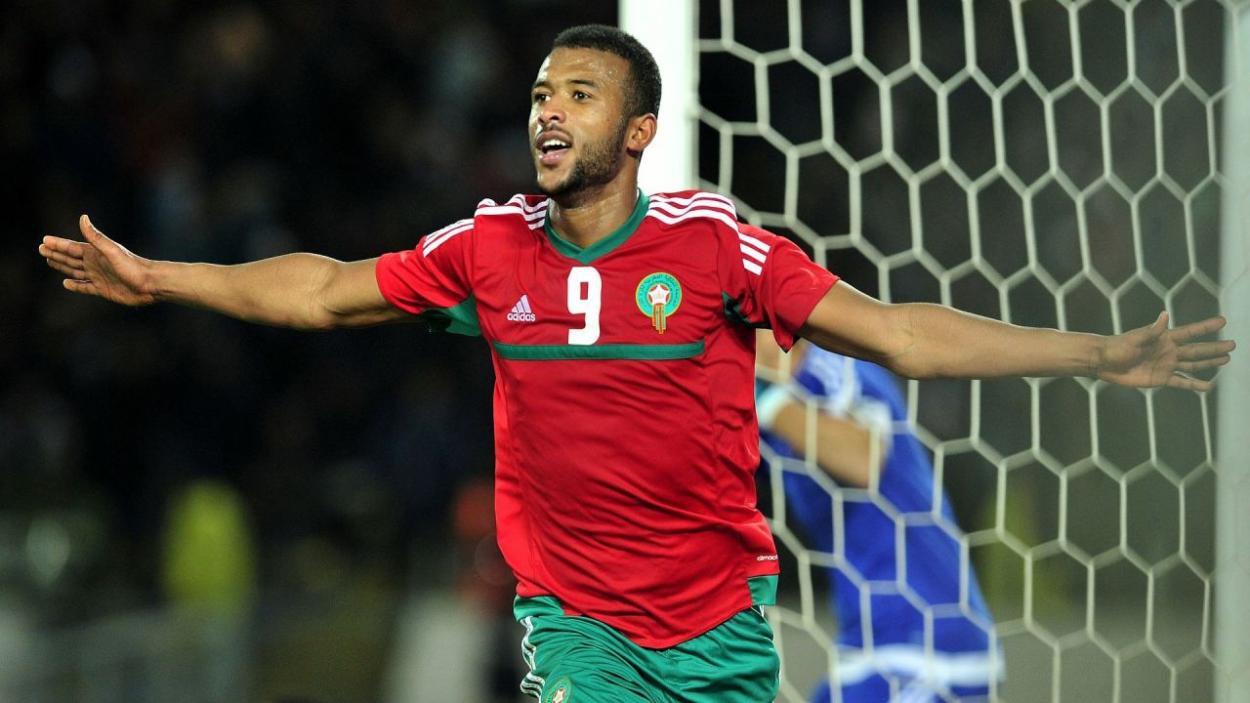 Palestine: to make a splash

While Palestine does not come to this tournament with high expectations after being eliminated from the Asian qualifiers, this could make them a dangerous team with everything to gain and nothing to lose.
9:03 AMa year ago

Morocco: to assert their status as favorites.

Morocco is coming from a great group stage in the World Cup qualifiers where it won all six matches and will be in the definitive phase for a place in the World Cup in Qatar, which makes it the favorite to advance to the next round.
8:58 AMa year ago

What is the composition of Group C of the Arab Cup 2021?

In addition to Morocco and Palestine, Saudi Arabia and Jordan will also be present in this sector, remembering that the first two in each sector will advance.
8:53 AMa year ago

The Morocco vs Palestine match will be played at the Al Janoub Stadium, in Al Wakrah, Qatar. The kick-off is scheduled at 11:00 am ET.
8:48 AMa year ago

Welcome to VAVEL.com’s LIVE coverage of the Arab Cup: Morocco vs Palestine!