GET0
ENDa day ago

Thank you for following the Primeira Liga game between Benfica and Sporting CP. See you next time.
6:15 PM2 months ago

Afonso's shot from outside the box to score the goal.

Ugarte and Pedro come out

Adel Taarabt is cautioned by Benfica.
5:55 PM2 months ago

Tomás came in and Sarabia came out, Sporting substituted.

Afonso and Ramos came on, Souza and Núñez came off, Benfica substitutions.

After an intense review, it was ruled that Benfica's goal was offside.
5:45 PM2 months ago

Taarabt and Moraes on the field

It was all for Weigl and Almeida.

Ricardo Escagio has been suspended.
5:35 PM2 months ago

Nunes masterfully defines the counter-attack for the goal at the Estadio da Luz.

Clear play by Benfica that Darwin crashes against the crossbar.
5:15 PM2 months ago

Paulinho passes the ball to the keeper in a one-on-one situation to extend the lead.

João Mário shoots a diagonal shot and the goalkeeper saves.
5:05 PM2 months ago

A cross to the far post that Sporting's defenders were able to deny.

Then with Darwin's header to the post after the corner kick.

Rafa Silva's cutback and shot from outside the area went high and, although he claimed a deflection, there was no corner kick.
4:55 PM2 months ago

The second half begins between Benfica and Sporting CP.
4:45 PM2 months ago

The goal was disallowed for offside.
4:35 PM2 months ago

Sporting goal. Paulinho with the left-footed shot that pierces the net, although the VAR is reviewing the play right now:
4:30 PM2 months ago

Paulinho steps into the box and unleashes a shot that hits the base of the post. Sporting close.
4:20 PM2 months ago

The scorer of the goal, Pablo Sarabia, has been cautioned.
4:15 PM2 months ago

Julian Weigl with the strong tackle and for that he receives the yellow card.
4:10 PM2 months ago

Pedro enters the box again, but his shot goes high over the goal.

Benfica counter with Darwin's cross shot that is controlled by the goalkeeper.

Silva was offside and the offensive play was disallowed.
3:55 PM2 months ago

Darwin Núñez's overhead header is no longer valid because it was offside.
3:45 PM2 months ago

Everton with the cutback and takes the shot that hits the defensive wall.
3:40 PM2 months ago

Sarabia's powerful first-time shot from Sarabia put it in the corner to open the scoring.

Pedro enters the area and takes a shot that goes high.
3:30 PM2 months ago

Fedal and Paulinho, both of Sporting, have been cautioned.
3:25 PM2 months ago

The match between Benfica and Sporting kicks off.
3:20 PM2 months ago

We are minutes away from kick-off at the Estadio da Luz when Benfica takes on Sporting in the Primeira Liga.
3:15 PM2 months ago

Benfica fine-tunes the final details before the opening whistle at the Estadio da Luz. 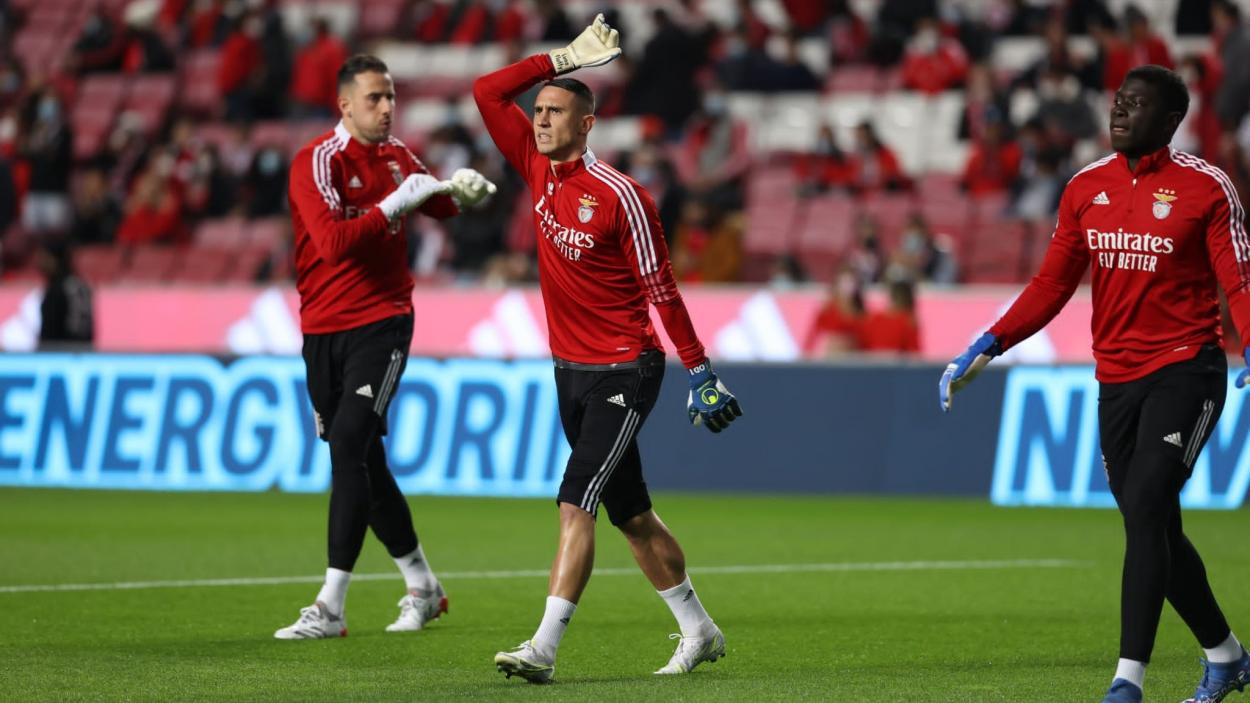 Ready for the derby

Sporting arrived at the stadium and this is what their dressing room looks like before the game. They will wear their traditional green and white uniform for the Portuguese derby. 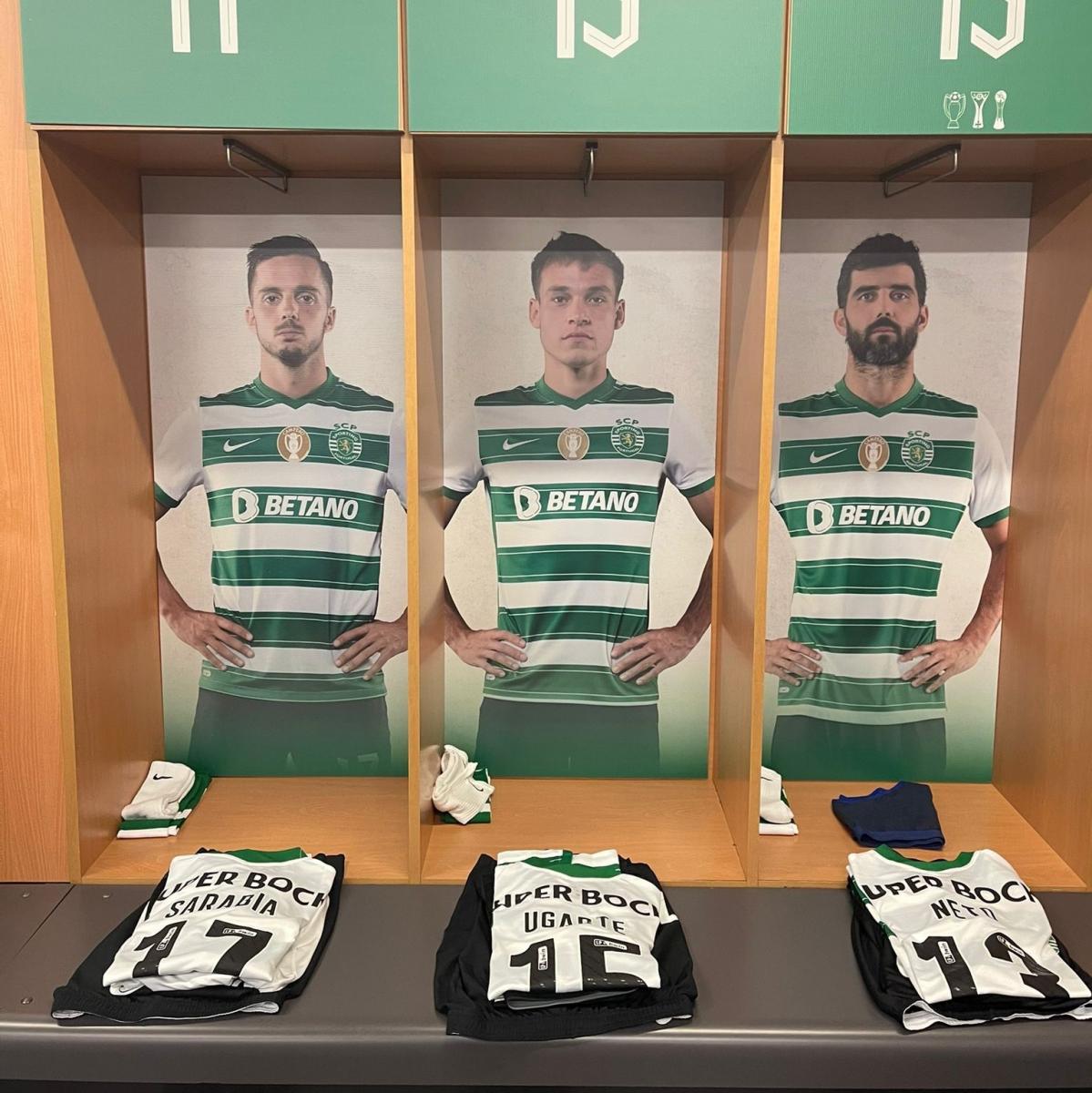 Benfica arrived at the Estadio da Luz in search of an important victory in the Primeira Liga, with a strong security presence and the full conviction of getting the three points.

How are Sporting coming along?

Sporting is one of two teams in the Primeira Liga that has not lost, with 32 points and a streak of 11 consecutive victories in any tournament.
2:35 PM2 months ago

How are Benfica coming along?

Benfica comes in third in the table with 31 points, four points behind Porto with a game in hand, and is coming off a 7-9 win over B-SAD last weekend.
2:30 PM2 months ago

Benfica and Sporting Lisbon play a transcendental game between two of the best three teams in the Primeira Liga. We begin with VAVEL's coverage of the game.
2:25 PM2 months ago

Do not miss a detail of the match with the live updates and commentaries of VAVEL. Follow along with us all the details, commentaries, analysis and lineups for this Benfica vs Sporting CP match for the Primeira Liga.
2:20 PM2 months ago

What time is Benfica vs Sporting CP match for Primeira Liga?

This is the start time of the game Benfica vs Sporting CP of 3rd December in several countries:

Benfica has not lost at home since 2015 against Sporting and, in the last five games on any field, boasts a positive streak of four wins to one loss, a situation it will be looking to extend this Friday:

If there is a key player for Sporting to be the best defense of the championship is the Uruguayan centerback Sebastian Coates, who gives order to the defensive sector and with his height helps to have a greater solidity in set pieces. 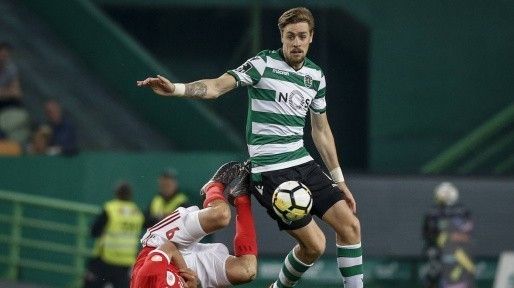 The Uruguayan Darwin Núñez has had an explosive start in the attack where he has scored eight goals to become the second best scorer of the championship, highlighting that he has just scored a hat-trick in the victory against B-SAD.
2:00 PM2 months ago

After getting their pass to the next round in the UEFA Champions League, Sporting CP's mission now is to maintain their undefeated record and climb to the top but, to do so, they will have to keep prioritizing the defensive scheme because they are the best defense in the championship with only 4 goals allowed in 12 matches; last weekend they defeated Tondela 2-0.
1:45 PM2 months ago

Given the tightness at the top, this game could make the difference for the end of the season and Benfica must make the most of their home advantage to beat one of their fiercest rivals, remembering that they are coming from a 7-0 away win over B-SAD.
1:40 PM2 months ago

The Benfica vs Sporting CP match will be played at the Da Luz Stadium, in Lisbon, Portugal. The kick-off is scheduled at 3:15 pm ET.
1:35 PM2 months ago

Welcome to VAVEL.com’s LIVE coverage of the Primeira Liga: Benfica vs Sporting CP!