It's over! Getafe and Athletic fail to hurt each other and split the points.
4:50 PMa year ago

A cross for Williams, but Mitrovic rises to head the ball away from danger.
4:44 PMa year ago

Athletic changes. Alex Petxarroman and Berenguer are substituted by De Marcos and Zarraga.
4:33 PMa year ago

Goalkeeper! Unai Simon makes a great save from Sandro's shot.
4:32 PMa year ago

García's shot, but Soria prevents the goal from falling.
4:19 PMa year ago

Damian's shot, but the ball ends up in the stands.
4:17 PMa year ago

Iñigo Martínez pushes away a dangerous ball that was being looked for in the area
4:10 PMa year ago

Athletic tries to generate danger in Getafe's area, keeps possession, but fails to penetrate the last line.
4:03 PMa year ago

Both teams are looking to open the scoreboard.
3:47 PMa year ago

The first half ends, with little excitement at the Alfonso Pérez stadium.
3:46 PMa year ago

Williams' shot, but the ball ends up in Soria's hands.
3:40 PMa year ago

Athletic is on top of the visitors' goal, but the defense is well stopped.
3:30 PMa year ago

Excellent intervention by Dakonam, preventing Athletic from getting there.
3:26 PMa year ago

Soria's rebound, the ball is left to Zarraga, but the ball ends up in the stands.
3:22 PMa year ago

Athletic's shot, but Soria dives correctly and prevents the ball from going in.
3:19 PMa year ago

Athletic's cross, but the defense ends up coming out correctly.
3:14 PMa year ago

The match started off quite lively, with both teams disputing the ball and staying more in the midfield.
3:06 PMa year ago

Getafe is also present and will be looking for three points in this very important duel.
2:52 PMa year ago

Athletic Bilbao players are already at the stadium, ready to get ready and look for the victory in this match. 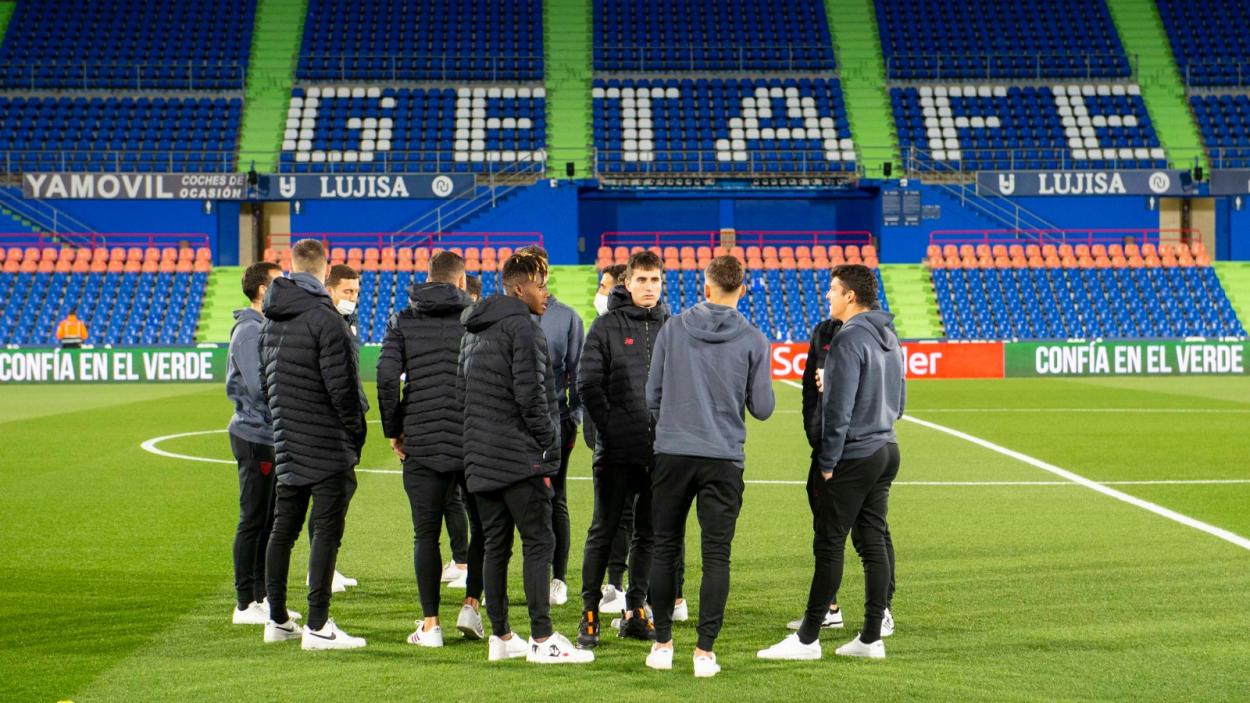 To continue on the path

Getafe has only lost one of its last five matches in the competition, against Villareal at the beginning of November, losing by the minimum score.
2:32 PMa year ago

The fans are already present at the stadium, ready to support their teams in this match.
2:30 PMa year ago

Getafe has not managed to win a single match of the last four played on Monday; in addition to not scoring in the last three.
2:14 PMa year ago

Athletic has won only one of the last eight matches between the two teams, a 5-1 win in January of this year.
2:11 PMa year ago

Of the 32 meetings that these teams have had, 12 have ended in a draw, eight of which have taken place in this building.
2:09 PMa year ago

Welcome to the minute by minute of the match between Athletic Bilbao and Getafe. Shortly we will share the most relevant information of the match as well as the confirmed lineups.
12:43 AMa year ago

Stay tuned for the Getafe vs Athletic Bilbao live stream.

In a few moments we will share with you the starting lineups for Getafe vs Athletic Bilbao live, as well as the latest information from the Estadio Alfonso Perez. Keep an eye on the match with VAVEL's minute-by-minute live online coverage.
12:38 AMa year ago

How to watch Getafe vs Athletic Bilbao Live Stream on TV and Online?

If you want to watch the game Getafe vs Athletic Bilbao live on TV, your options is: ESPN.

Marcelino García Toral, Athletic's coach, spoke before Monday's match: "The dressing room is fine because when you are aware of a job well done, you have to have a clear conscience. Undoubtedly, after the match at the Bernabéu we were sad, because we were convinced that we had deserved a lot and had played an extraordinary match against the most in-form opponent in our league, as it shows, and that it was not rewarded, but that does not take away our ambition or illusion. We have to see that the team is solvent, difficult to beat and has arguments. In general terms, I see the team doing well, as they don't give us too many chances. From that point of view, it's not our job. We are busy finding the opponent's net and that would increase our very high defensive level a little bit more".

"The numbers are very concrete and, when they are like ours, I think there is little you have to change except to pull out a magic wand or keep working as we are doing. I'm convinced that the dynamics change and I'm not giving it a lot of thought all the time. We absolutely believe in our attacking players and we give them all our support. It's not very normal to have a run like this with what the team has shown in these 15 games. The most important thing is to be bold and decisive. The coaching staff is trying to create a happy atmosphere. In many areas we are among the best and in those where we are not, we have to work with enthusiasm".

Athletic lost to Real Madrid by the minimum last matchday, and they are in tenth position, so they will be looking to move up one or two positions. 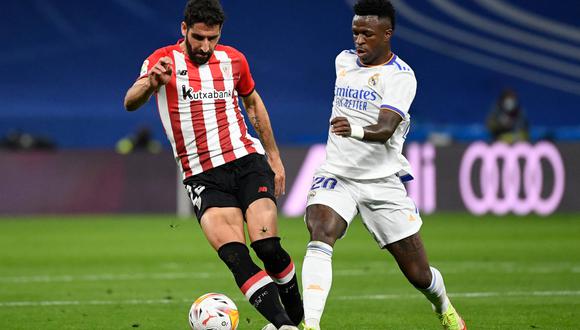 Urgent need to get up

Getafe arrives to this duel in the penultimate position of the general table, and also drew 0-0 against Mallorca, they need to win three points to climb up positions. 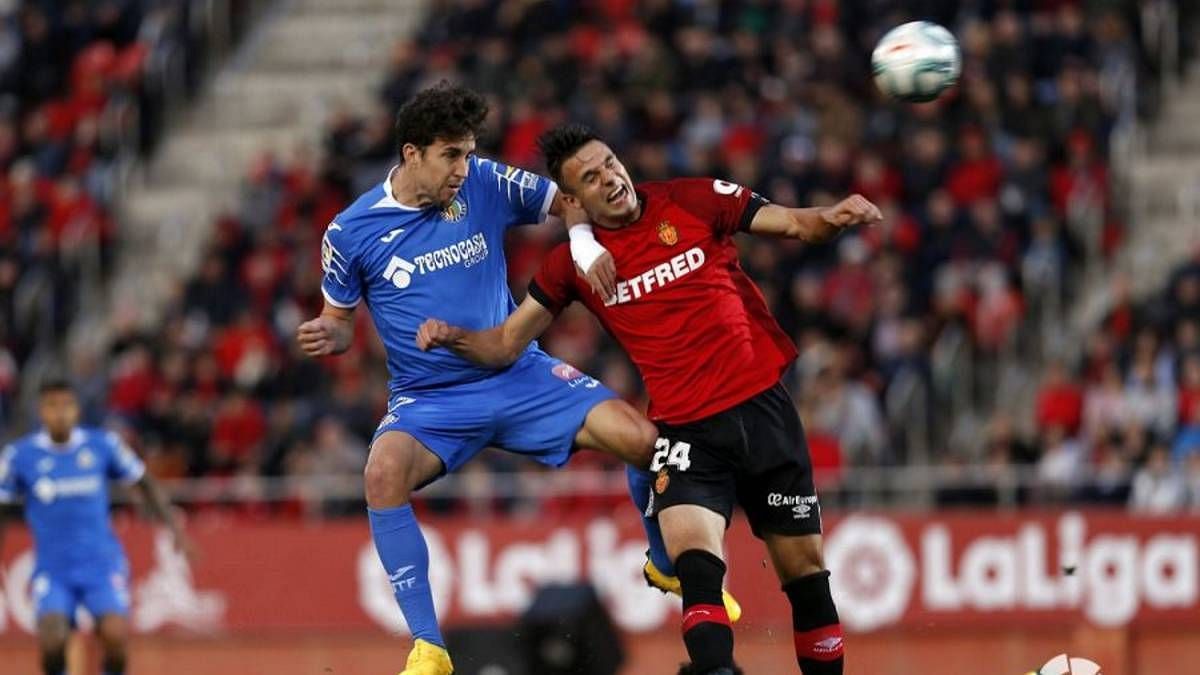 The match will be played at the Alfonso Pérez Stadium.

The match of Getafe vs Athletic Bilbao will be played at the Alfonso Pérez Stadium, located in Getafe, Spain. The capacity of the stadium is 17,000 people.
12:13 AMa year ago