End of the match. Algeria and Egypt draw at one goal, and as predicted, the top of the group will be defined under the tie-breaker criteria of the Arab Cup.
3:54 PMa year ago

Algeria change, Draoui out, Titrapui in.
Yellow card for A. El Soudani
3:52 PMa year ago

5 minutes of compensation are added
3:46 PMa year ago

Double change for Egypt. M. Sherif and El Sououlia are out, O. Kamal and A. Sayed are in.
3:40 PMa year ago

The game has broken down in midfield, although Egypt looks slightly more dominant and with more ball possession in these last minutes.
3:33 PMa year ago

Draoui's hard tackle from behind on Sherif, free kick for Egypt
3:21 PMa year ago

Captain Amr El Soulia takes the spot-kick to equalize for the visitors
3:20 PMa year ago

Penalty for the visitors. Tougai commits a foul in the area and gets a yellow card.
3:19 PMa year ago

Egypt claims a handball in the area after Yasin's mid-range shot. The referee says there is no foul
3:16 PMa year ago

The first half of the match ends. Algeria wins by the narrowest of margins
2:47 PMa year ago

Yellow card for Belaili for elbowing Tawfik
2:36 PMa year ago

New change for Egypt, again due to injury. Enter A. Yasin, exit A. Hegazy
2:25 PMa year ago

GOOOOL! Algeria takes a set piece and Mohamed Tougai hits a left-footed shot through the legs of a defender.
2:16 PMa year ago

Algeria started with the arrival in the Egyptian area, who responded with a counter-attack but the attentive defense prevented the passage.
2:11 PMa year ago

The referee stops the match because of Ashraf's injury, M. Fathi enters in his place.
2:09 PMa year ago

The Algerian national team starts with a controlled ball from its own half.
2:03 PMa year ago

Match kicks off at Al Janoub Stadium
1:55 PMa year ago

We are about to start the Arab Cup match between Algeria and Egypt, stay tuned.
1:52 PMa year ago

These teams have not met in over ten years. The last time they did so was at the 2010 Africa Cup of Nations, with Egypt winning 4-0.
1:38 PMa year ago

In Algeria, their most lethal weapon is striker Andy Delort, who plays in La Ligue with O.G.C. Nice and is valued at 13.00 million euros. 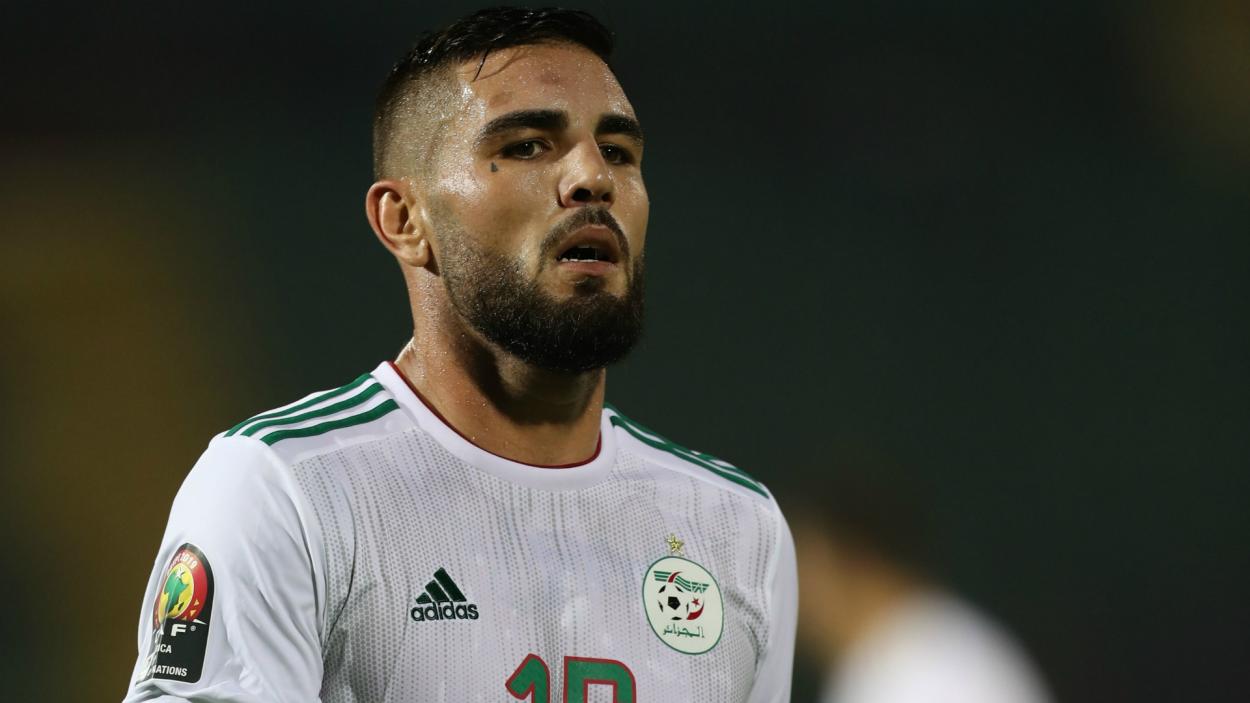 Mohamed Salah is the star of the Egyptian team, where he is also captain of the national team. The striker plays in the Premiere League for Liverpool. 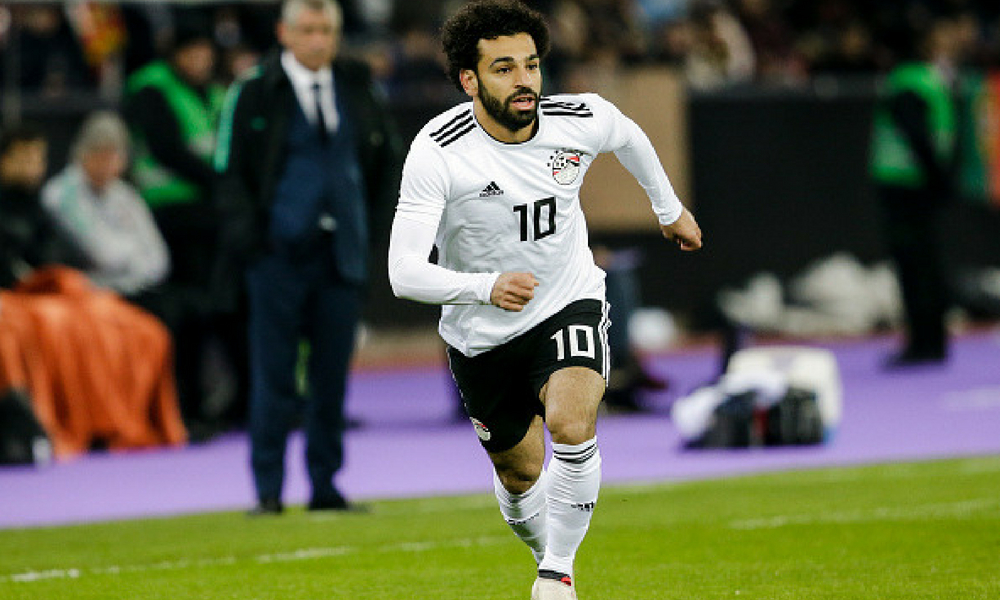 Egypt two matches from Qatar. Carlos Queiroz brings the Egyptian national team closer to its participation in the next World Cup. 10 teams will take part in a round-robin final round-robin playoff from which the 5 African invitees will be drawn. The draw will be held on December 18 in Doha.
1:14 PMa year ago

The coach of the Algerian National Team knows that he will be facing an extremely strong team and considers this clash as a classic at the national team level:
"Egypt-Algeria is a colossal derby. As you know, a derby comes with its own difficulties, so we have to prepare well for this game," Madjid Bougherra told FIFA.COM.
1:09 PMa year ago

We are back for the last day of the group stage of the Arab Cup, where Group D will define the leadership of the sector in this close and attractive duel.
1:04 PMa year ago

Stay with us and do not miss a detail of the match Algeria vs Egypt live updates and commentaries of VAVEL.
12:59 PMa year ago

How to watch Algeria vs Egypt Live Stream on TV and Online?

If you want to watch the game Algeria vs Egypt live on TV, your options is: Sky Sports.

If you want to directly stream it: Streaming services and FIFA TV app.

What time is Algeria vs Egypt match for Arab Cup?

This is the start time of the game Algeria vs Egypt of 7th December 2021 in several countries:

The match will take place at the Al Janoub Stadium, formerly called Al Wakrah, located in Qatar, this multi-purpose stadium has a soccer field and an athletics track. It is home to Al Wakrah SC. Inaugurated in 2016, it hosted the final of the Emir of Qatar Cup and has a capacity of around 38,678 people. 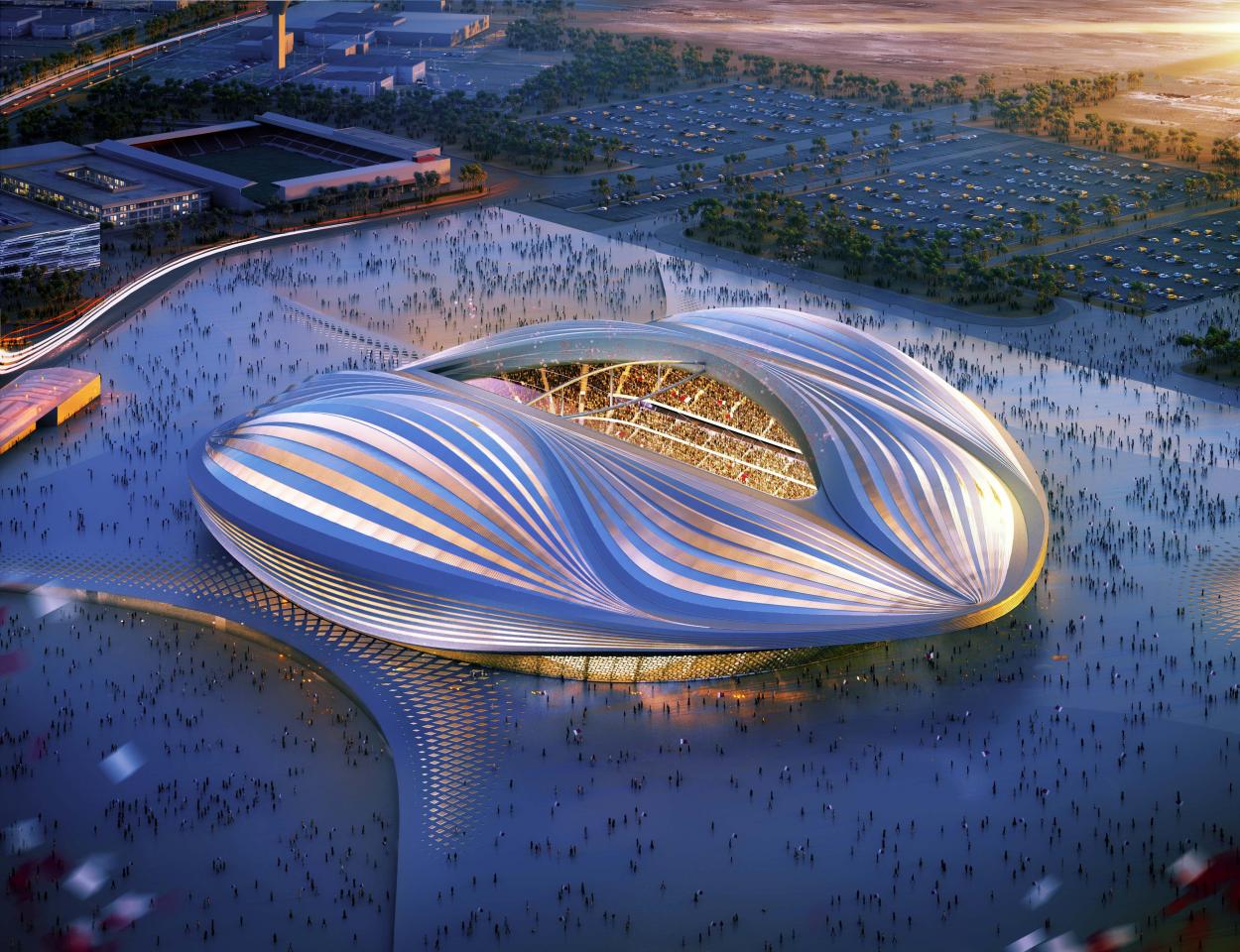 On the side of the Egyptian national team there is good news, Egypt is in the top 50 of the FIFA rankings and is one of the nations with the highest number of titles on the African continent. In the last World Cup 2018, the team did not have the best of performances , losing three matches in the group stage. Since then, Egypt has played 27 matches with a record of 20 games won, 5 draws and two losses. In the preliminary selection for the Qatar 2022 World Cup, the team won 4 of its matches, drew twice and was placed in the first group. At this stage, Egypt has 6 points after two rounds.
12:39 PMa year ago

Algeria has a great unbeaten streak of 22 matches, 14 of which have been official matches, with a record of 10 wins and 4 draws. They have also played 8 friendly matches, winning 7 and drawing 1. The squad coached by Jamel Belmadi is one of the strongest teams in all its lines, which makes the team stand out from the rest of the African teams.
The Algerian National Team was the winner of its group in the second stage of the African qualifiers for the Qatar 2022 World Cup. They have 14 points in six rounds. At this stage it has 6 points and 2 rounds of difference.
12:34 PMa year ago

Algeria hosts Egypt in round three of the Arab Cup group stage in an attractive duel that will define the group leadership in a very tight competition. The teams are placed in Group D and have secured the two final berths in the group. However, both teams are tied in all areas: points, goal difference, goals scored and even points obtained for sportsmanship. Therefore, the winner of this match will be the leader. In the event of a tie, the rules and tie-breaking criteria will be applied.
12:29 PMa year ago