Thank you for following the broadcast of the game between Chelsea and Zenit.

Champions Chelsea remain in second place in the group after Juventus' victory.

Ozdoev's shot into the corner of the net to equalize in the closing stages.

Werner makes the cut inside the box and puts the right-footed shot into the back of the net for an important win that will give them the group lead.

A shot from outside the area that Kepa let go because it ended up as a goal kick.
2:08 PMa year ago

Sardar's angled and diving header is saved by Kepa at the three posts.
1:48 PMa year ago

Malcom with a hasty shot that goes wide.
1:38 PMa year ago

Lukaku scores alone in the box after Werner's pass and the champions have already equalized.

Dejan Lovren is fouled just outside the area and is cautioned.
1:28 PMa year ago

Ñíguez's shot was saved by the goalkeeper, but the Blues continued to insist.
1:23 PMa year ago

Ross Barkley rushes in and takes the shot that lands in the goalkeeper's hands.
1:18 PMa year ago

Malcom's left-footed shot and a great save by Kepa.
1:13 PMa year ago

The second half kicks off between Zenit and Chelsea.
1:03 PMa year ago

Sardar with a shot inside the box that the goalkeeper saves with his hand.
12:38 PMa year ago

Sardar gets past the goalkeeper and sends the ball into the net to seal the turnaround after a ball recovered in midfield.

Claudinho with a header inside the six-yard box to open the scoring 1-1.

Hudson is cautioned after a hard foul in the midfield.
12:23 PMa year ago

Werner with the service to the far post that Mount finishes off, but the goalkeeper under the three posts saves his goal.
12:18 PMa year ago

Ñíguez anticipates at the near post to head the ball over the top of the goal.
12:13 PMa year ago

Serdar's header at the near post goes high of the goal.
12:08 PMa year ago

Malcom enters the area and takes a shot that Kepa manages to keep out to save his goal.
12:03 PMa year ago

Lukaku tried to enter the box, but the defense disarmed him.

Then a Zenit counterattack that Malcom couldn't finish because of the defensive coverage.

Claudinho with a shot from outside the area that goes well over the top of the goal.
11:53 AMa year ago

Werner with the service that cuts through the defense.
11:43 AMa year ago

A corner kick is deflected to the near post and Werner inside the six-yard box sends the ball home to open the scoring 1-0.

Ñíguez with a shot inside the area that the goalkeeper saves.
11:33 AMa year ago

The Champions League match between Zenit and Chelsea kicks off.
11:28 AMa year ago

Chelsea and Zenit take the field under the UEFA Champions League anthem.
11:23 AMa year ago

Just a few days ago Zenit performed a wonderful act when he took to the field in the company of cute puppies that went around the world.

This is what the Kretovsky Stadium looks like on a cold night in Russia, but with ideal weather conditions for this match.

Pitchside at the Gazprom! 📌#UCL pic.twitter.com/YmseqolazH

What does Zenit need?

Zenit can no longer qualify for the next round of the Champions League round of 16, but they can stay alive for the Europa League and, to do so, they have to win at home this afternoon or hope for a slip-up by Malmo on Italian soil to seal their ticket.
10:48 AMa year ago

What does Chelsea need?

The reigning UEFA Champions League champions have already secured their place in the round of 16, but they are not yet in first place and will have to win or wait for Juventus to lose at home to Malmo.
10:43 AMa year ago

Chelsea will be looking to take top spot in the group against a Zenit side looking to bow out of this UEFA Champions League group stage with a win. We begin with coverage of the game.
10:38 AMa year ago

Do not miss a detail of the match with the live updates and commentaries of VAVEL. Follow along with us all the details, commentaries, analysis and lineups for this Zenit vs Chelsea match for the UEFA Champions League 2021.
10:33 AMa year ago

What time is Zenit vs Chelsea match for UEFA Champions League?

This is the start time of the game Zenit vs Chelsea of 8th December in several countries:

They have only faced each other once in their history and it happened last September 14 when the "Blues" won by the minimum difference at home with a goal by Romelu Lukaku.
10:23 AMa year ago

Much has been said about him, but Jorginho has been fundamental in the last year and a half, with his good recovery in midfield and his ability to distribute balls, so from his boots he starts the offensive play. 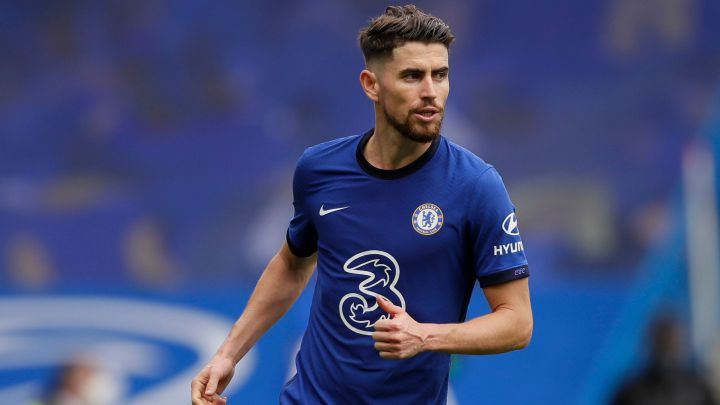 Claudinho could be the man to watch for the Russian team because, after collaborating with a double in the draw against Rostov, Zenit needs him to appear in the final zone to have chances to get a positive result. 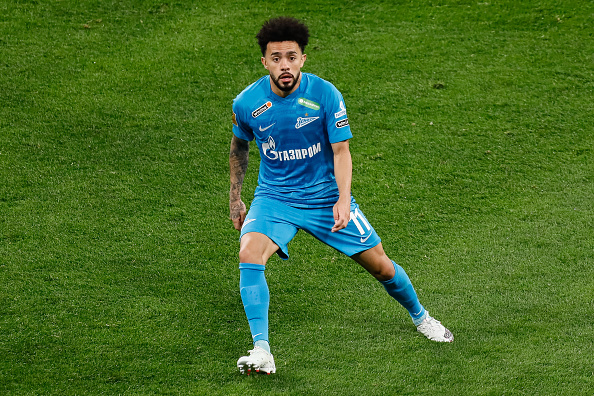 Chelsea: not to relax

Chelsea is aiming for great things for next year but, to close 2021, they have to not fall into overconfidence and use their best weapons to not fall to second place in the sector and thus avoid the heavyweights; in the group stage they accumulate 4 wins for one setback and come from losing in the Premier League 3-2 at the hands of West Ham.
9:58 AMa year ago

Zenit: to say goodbye with a win

What could be better for Zenit after a complicated tournament than to beat the reigning champion and give their fans some joy, however, Zenit will have to prioritize the defensive aspect and helped by the weather and their fans, be able to get a positive result to avoid having to depend on Malmo's game.
9:53 AMa year ago

How is Group H of the Champions League going?

Chelsea is already qualified in this sector with 12 points, just like Juventus, but needs a win to secure the first place in the group; Zenit is third with four points and needs at least a draw to secure its place in the UEFA Europa League.
9:48 AMa year ago

The Zenit vs Chelsea match will be played at the Krestovski Stadium, in San Petersburg, Russia. The kick-off is scheduled at 12:45 pm ET.
9:43 AMa year ago

Welcome to VAVEL.com’s LIVE coverage of the UEFA Champions League: Zenit vs Chelsea!