Thank you for following the broadcast of the game between Oman and Tunisia for the quarterfinals of the Arab Cup 2021.
11:50 AM2 months ago

Mejbri leaves and Zaddem enters, Tunisia change to make time.
11:30 AM2 months ago

Bguir's direct free kick goes straight into the goalkeeper's hands.
11:25 AM2 months ago

From a set piece, Msakni gets in front at the near post and delivers a thunderous header to regain the lead.

Al Kaabi of Oman has been cautioned.
11:10 AM2 months ago

Oman's attempt is disallowed due to offside.
11:00 AM2 months ago

Youssef Msakni with a shot from half distance that goes over the top of the goal.
10:55 AM2 months ago

Ghailene Chaalali with the service to the near post that is rejected by the rival defense.
10:45 AM2 months ago

Drager's shot from half distance goes wide.
10:40 AM2 months ago

Sliti with a service to the near post that was deflected by the defense and almost ended in an own goal.
10:35 AM2 months ago

The second half begins between Tunisia and Oman.
10:30 AM2 months ago

Jaziri's serve is too long and Tunisia misses a chance to extend the lead.
10:15 AM2 months ago

Harib Al Saadi's shot from outside the box goes wide of the goal.
10:10 AM2 months ago

Harib Al Saadi volleyed the ball just over the crossbar with the inside of his right foot.
10:05 AM2 months ago

Salaah Al Yahyaei errs with the service going too high.
10:00 AM2 months ago

Salaah Al Yahyaei with a powerful right-footed shot that the goalkeeper deflects with his fists for a corner kick.
9:55 AM2 months ago

Tunisia continued to insist, but this time Ahmed Al Khamisi at the near post turned the ball away.
9:50 AM2 months ago

Jaziri with a header inside the six-yard box after a poor save by the goalkeeper to open the scoring.

Msakni is encouraged with a shot that deflects the defense for a corner kick.
9:40 AM2 months ago

Salah's mid-range shot goes wide of the Tunisian goal.
9:35 AM2 months ago

Fawaz's pass is a bit long and the goalkeeper controls it without any problems.
9:30 AM2 months ago

In the first minutes of the game, Tunisia has had possession of the ball but, so far, without being able to reach the opponent's area.
9:25 AM2 months ago

The match between Tunisia and Oman kicks off.
9:20 AM2 months ago

In a few minutes, the game between Tunisia and Oman will kick off at the Qatar Foundation, in the quarterfinals of the Arab Cup 2021.
9:15 AM2 months ago

This is how Tunisia's dressing room looks, completely in white because of the uniforms they will be wearing this afternoon, in search of the victory that will take them to the next round. 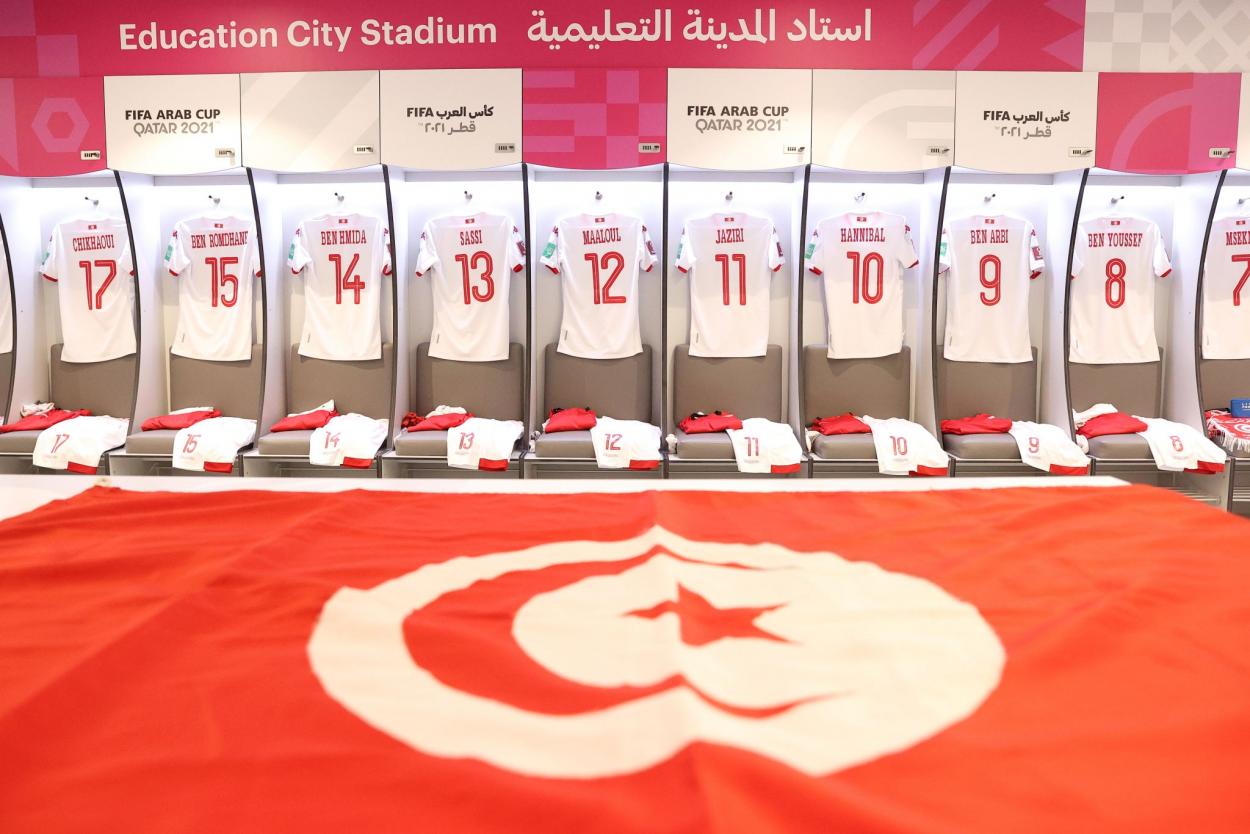 Due to the seriousness of the red card he received against Syria, Mohamed Ali Ben Romdhane was suspended for two matches and will also miss this match against Oman. If he reappears, it will be until the semifinals.
8:45 AM2 months ago

The Qatar Foundation Stadium, one of the main stadiums in Qatar, will host this game to open the quarter-final round of the Arab Cup:

How does Oman arrive?

Oman finished second in Group A with 4 points thanks to a draw on the first day against Iraq and a win over Bahrain. They had lost 2-1 to hosts Qatar on the second matchday.
8:35 AM2 months ago

How does Tunisia arrive?

Tunisia topped Group B with six points after defeating UAE and Mauritania, despite a surprise loss to Syria on the second matchday.
8:30 AM2 months ago

Tunisia and Oman open the quarterfinal stage of the Arab Cup 2021 with the mission to stay alive and get into the top 4 of the tournament. We begin with the coverage of the game.
8:25 AM2 months ago

Do not miss a detail of the match with the live updates and commentaries of VAVEL. Follow along with us all the details, commentaries, analysis and lineups for this Tunisia vs Oman match for the Arab Cup.
8:20 AM2 months ago

What time is Tunisia vs Oman match for Arab Cup?

This is the start time of the game Tunisia vs Oman of 10th December in several countries:

This is the first time that Tunisia and Oman will face each other in an official competition, since they played a friendly match in 2011, where the Africans won by a score of 2-1.
8:10 AM2 months ago

He is one of the most explosive men in the front line and has a good nose for goal, so Rabia Said Al Alawi Al-Manar wants to continue to contribute with goals as he did in the victory over Bahrain.
8:05 AM2 months ago

The center forward and the main axis of the attack is Seifeddine Jaziri, who in a tight match could make the difference, as he did in the narrow win over the United Arab Emirates. 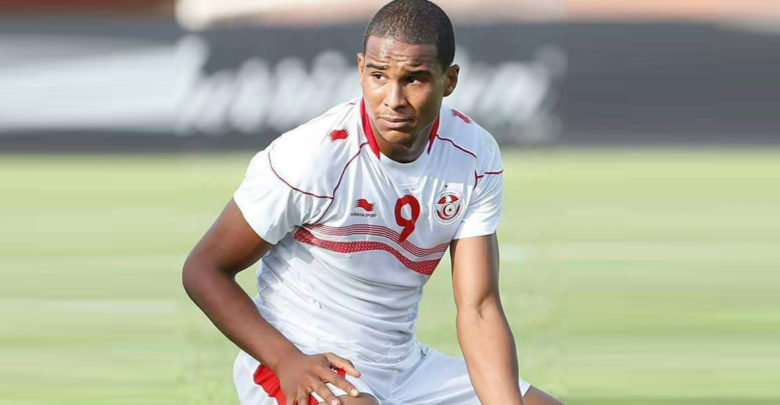 Oman: nothing to lose

Whatever happens in this tournament and in the Asian qualifiers, a team that has surprised has been Oman, which with few resources has done a lot and in the group stage thanks to a drubbing against Bahrain managed to sneak to this stage, remembering that they only lost to the host Qatar.
7:45 AM2 months ago

Tunisia: advance to the semifinals

Despite losing and complicating their situation by losing to Syria, Tunisia won the other two matches, which were enough for them to win the group and will seek to consolidate their tag of favorites to win and advance to the semifinals.
7:40 AM2 months ago

The Tunisia vs Oman match will be played at the Qatar Foundation Stadium, in Doha, Qatar. The kick-off is scheduled at 10:00 am ET.
7:35 AM2 months ago

Welcome to VAVEL.com’s LIVE coverage of the Arab Cup: Tunisia vs Oman!