The only goal of the match

Thank you for following the broadcast of the game between El Salvador and Chile in preparation match 2021.
1:24 AM5 months ago

Vegas heads in a corner kick to score the only goal of the night.

Montecinos' shot and Romero's save, the ball hits the crossbar and goes over the top.
1:09 AM5 months ago

Baeza leaves and Saavedra enters, change for Chile.
12:54 AM5 months ago

Morales' pass, Morales' shot and the goalkeeper's save to keep the ball out of his net.
12:49 AM5 months ago

Núñez enters and Allende leaves, changes for Chile.
12:44 AM5 months ago

Landaverde had the first and a saving leg prevented the goal.
12:39 AM5 months ago

Cerén is cautioned for a hard tackle.
12:34 AM5 months ago

Parra tries on frame, but his attempt is wide of the mark.
12:29 AM5 months ago

Zavala, Valencia, Ibañez and Mendez are out

Kuscevic was cautioned for Chile.
12:19 AM5 months ago

A small brawl broke out between Salvadorans and Chileans which, fortunately, did not escalate.
12:14 AM5 months ago

Raul Renderos and Isaac Portillo are out.

Portillo takes advantage of the rebound to fire a shot that goes high over the opponent's goal.
12:04 AM5 months ago

A timely defensive sweep and El Salvador will have its third corner kick of the match.
11:59 PM5 months ago

The second half begins between El Salvador and Chile.
11:54 PM5 months ago

Eric Calvillo's shot from half distance hits the goalkeeper's hands.
11:39 PM5 months ago

José Zúñiga is late with his shot and in his sweep takes the defender with him, for which he is cautioned.
11:34 PM5 months ago

Rojas is fouled and there will be a direct free kick for El Salvador.
11:24 PM5 months ago

Valencia's header where he turns his neck, but it goes out to the goalkeeper's location.
11:19 PM5 months ago

Dangerous service that no Chilean player was able to finish and the ball went wide.
11:14 PM5 months ago

Claudio Baeza is cautioned for Chile.
11:09 PM5 months ago

Valencia's left-footed shot goes over the top of the goal.
11:04 PM5 months ago

Suazo took advantage of the rebound and headed the ball just wide.
10:59 PM5 months ago

Allende's free kick is deflected by the defensive wall and the ball ends up in the corner.
10:54 PM5 months ago

Rómulo Villalobos brings down the opposing player just outside the area and is cautioned.
10:49 PM5 months ago

Henríquez's shot from half distance into the goalkeeper's hands.
10:44 PM5 months ago

A lot of inaccuracy from both teams in the first minutes of the game.
10:39 PM5 months ago

The match between El Salvador and Chile begins.
10:34 PM5 months ago

El Salvador finishes warming up at the Banc of America and in a few minutes they will be kicking the ball around against Chile:

Chile is already on the field performing the final warm-up exercises.

El Salvador and Chile are already preparing the final details to take the field and seek victory in their last game of 2021.
10:14 PM5 months ago

The Chilean national team arrived at the Banc of America with the objective of winning against El Salvador. 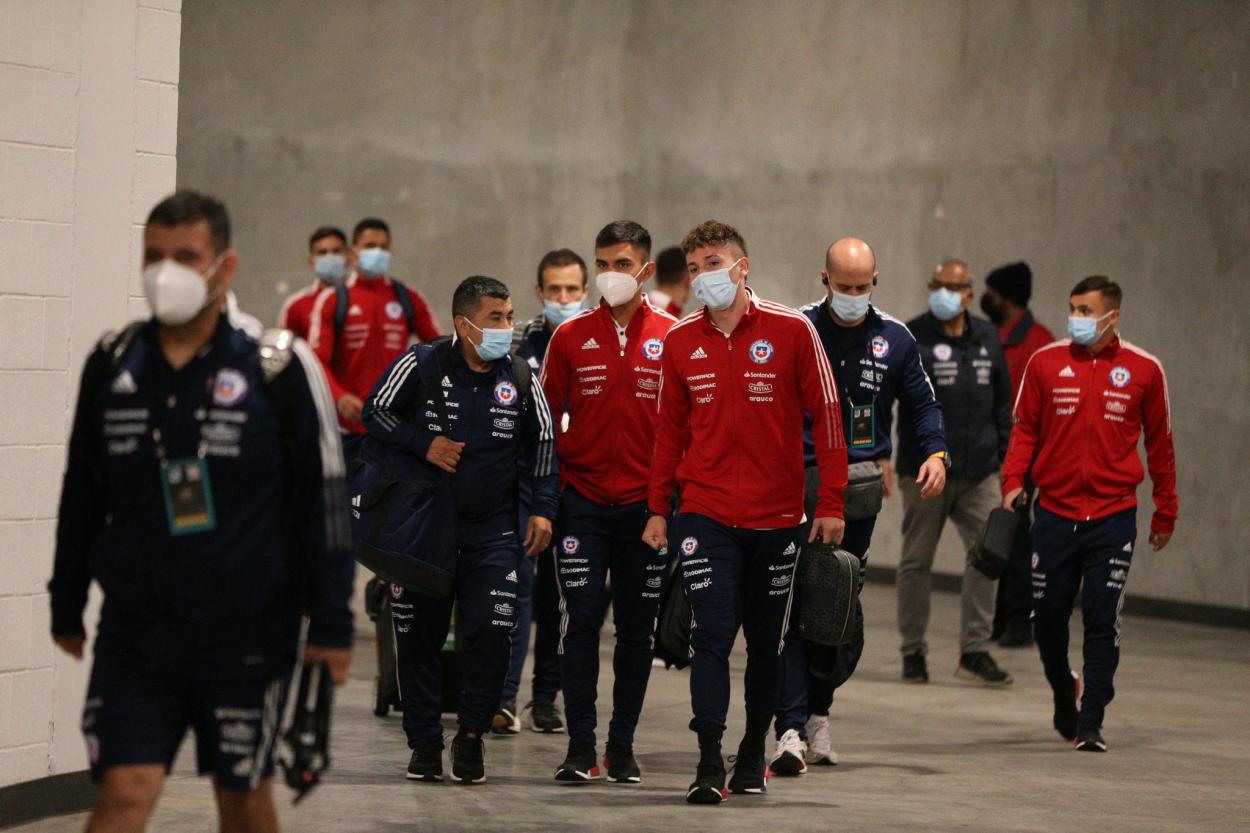 This is what Chile's dressing room looks like at the Banc of America, where the Andean people are also expected to support La Roja in its last match of 2021: 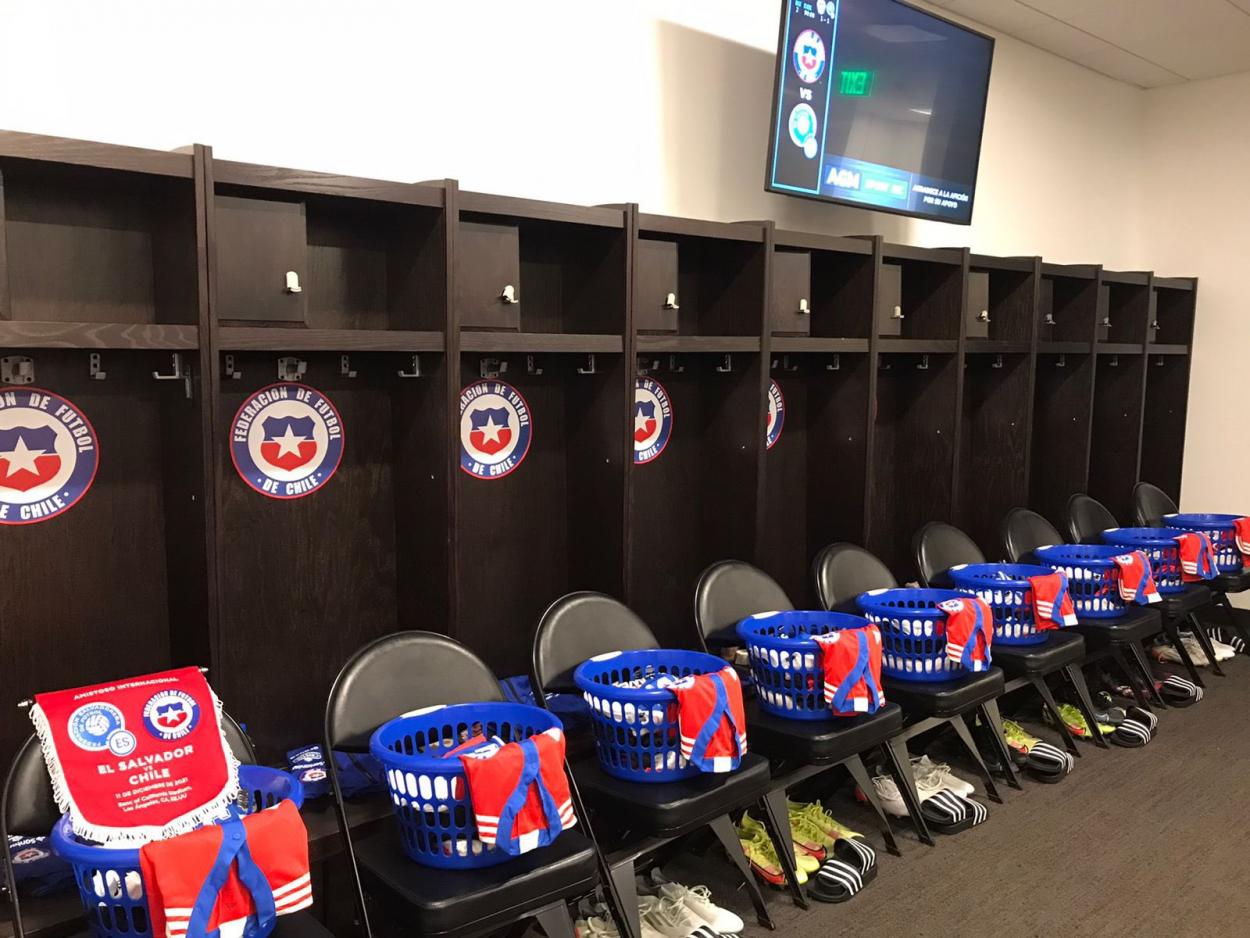 This is how El Salvador arrived at the Banc of California in search of the best way to close this complicated 2021 for them where, at the moment, they are out of the World Cup.

Due to all the Salvadorans living in the United States, a good entry is expected in Los Angeles, with a majority of fans from El Salvador to cheer on their fans.
9:34 PM5 months ago

Second game in the USA

Chile already played a game in the United States last Wednesday in a 2-2 draw against Mexico, so the coach will continue to test players for the final stretch of the Conmebol qualifiers.
9:29 PM5 months ago

El Salvador and Chile will play their last match of 2021 in search of a victory that will help motivate them for the crucial year of 2022. We begin with coverage of the game.
9:24 PM5 months ago

Do not miss a detail of the match with the live updates and commentaries of VAVEL. Follow along with us all the details, commentaries, analysis and lineups for this El Salvador vs Chile in Friendly Game 2021 in United States.
9:19 PM5 months ago

What time is El Salvador vs Chile match for Friendly Game 2021?

This is the start time of the game El Salvador vs Chile of 11th December in several countries:

The last and only precedent in this millennium took place on June 5, 2015, also in a friendly match where "La Roja" managed to win by the minimum to "La Selecta" with a goal by Jorge Valdivia.
9:09 PM5 months ago

Joaquín Montecinos was the most unbalanced player against Mexico and, in fact, attracted the attention of several teams in Liga MX but, beyond that, he will have to continue with that performance to help his national team to obtain a victory that will help them to lift their spirits. 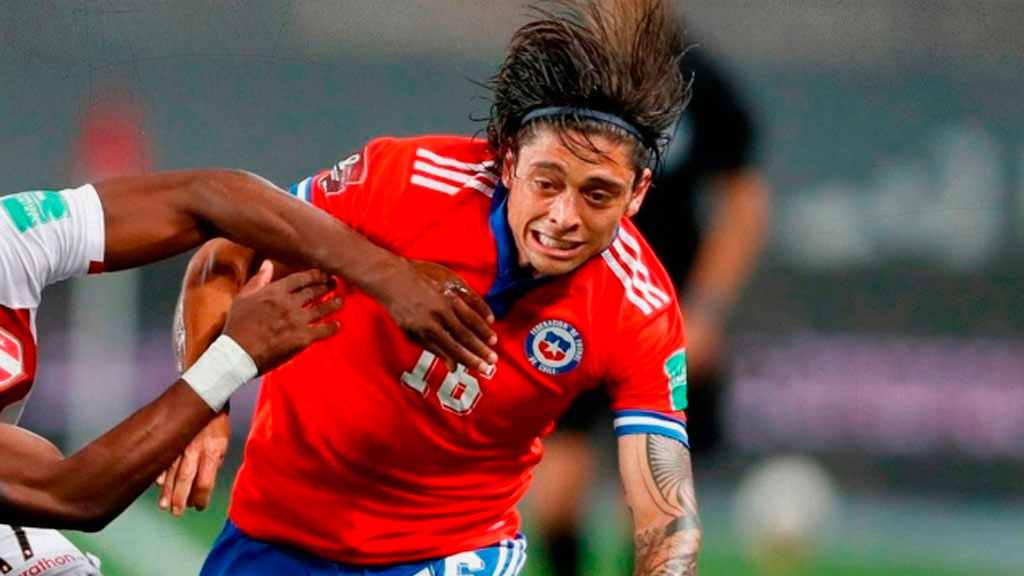 A man of great experience and with a great technical contribution, Darwin Cerén's performance could make the difference the minutes he is on the field, highlighting the importance he has had in the Salvadoran country in recent years.
8:59 PM5 months ago

Chile: closing the year with a victory

The Chilean national team held a friendly match against Mexico in which it tied 2-2 but, beyond the result, some players stood out and have raised their hands for future qualifiers in which the Andean country is in trouble because it could be left out of Qatar 2022.
8:44 PM5 months ago

With a view to the definition of the World Cup qualifiers for next year, where they still have a chance to qualify, this friendly game will serve to test players and for Hugo Ernesto Perez to define which elements could be useful for the fast-paced closing of the CONCACAF.
8:39 PM5 months ago

The El Salvador vs Chile match will be played at the Banc of California Stadium, in Los Angeles, Mexico. The kick-off is scheduled at 10:30 pm ET.
8:34 PM5 months ago

Welcome to VAVEL.com’s LIVE coverage of the 2021 Friendly Game 2021: El Salvador vs Chile!