After 70 years of drought, Atlas is crowned champion!
1:20 AM5 months ago

Goal, goal, goal by Atlas!  Julio Furch scores the goal that gives Atlas the long-awaited title.
1:18 AM5 months ago

It was saved by Vargas! Camilo Vargas guesses the direction of Montes' shot and avoids another León goal.
1:17 AM5 months ago

Goal, goal, goal by Atlas!  Great shot by Trejo who sends his ball low and into the corner.
1:16 AM5 months ago

Goal, goal, goal by Leon! Tesillo scores another great goal for La Fiera.
1:15 AM5 months ago

Goal, goal, goal by Atlas!  Édgar Zaldívar sends a shot, Cota guesses, but can't prevent the ball from going in.
1:14 AM5 months ago

Goal, goal, goal by Leon! Great definition of Mena that ends up beating Vargas and embeds the ball in the net.
1:13 AM5 months ago

He missed it! Aldo Rocha misses the goal that gave the home team the lead.
1:12 AM5 months ago

It was saved by Vargas! Fernando Navarro sends his shot and the goalkeeper prevents it from going in.
1:11 AM5 months ago

Goal, goal, goal by Atlas! Jesús Angulo sends the ball into the back of the net to tie the score.
1:10 AM5 months ago

Goal, goal, goal by Leon! Elías Hernández scores the first for the visitors.
1:02 AM5 months ago

It's over! The aggregate score ends in a global tie and everything will be defined from the penalty spot.
1:02 AM5 months ago

The duel is back and forth, with both teams looking for the winning goal.
12:52 AM5 months ago

Atlas change. Gaddi Aguirre and Jairo Torres are substituted for Luis Reyes and Brayan Garnica.
12:50 AM5 months ago

The one that got lost! Great play by Elías, but when it was time to shoot, Vargas kept the ball.
12:46 AM5 months ago

The last fifteen minutes of the match begin.
12:44 AM5 months ago

First overtime ends
12:42 AM5 months ago

Excellent save by Vergas, preventing Leon from entering his area.
12:37 AM5 months ago

Barbosa's cross, but the visiting defense gets up inside the box and prevents Atlas from scoring.
12:33 AM5 months ago

Anibal Chalá was looking for the ball alone in front of Cota, but the goalkeeper got in the way and prevented the play from growing.
12:29 AM5 months ago

The first extra time starts in Guadalajara.
12:23 AM5 months ago

At the end of regulation time, the match will go to overtime.
12:22 AM5 months ago

One more! After an elbow, Gigliotti receives a second yellow card, leaving León with ten men.
12:17 AM5 months ago

He's leaving! The referee sends off Meneses after protests.
12:12 AM5 months ago

Close! Zaldívar came close to scoring the second, but the ball bounced between the crossbar and the line and didn't go in, then Cota appeared to keep the ball.
12:04 AM5 months ago

Change of Leon. Ramiro González comes off and Osvaldo Rodríguez takes his place.
12:01 AM5 months ago

Excellent save by Cota, preventing Reyes from shooting at his goal.
12:00 AM5 months ago

Leon tries to generate dangerous plays, but fails to find the net.
12:00 AM5 months ago

He's off! Quiñones ends up asking for his substitution and leaves the match on a stretcher and Brayan Trejo takes his place
11:59 PM5 months ago

Double change of Leon. Gigliotti and Luis Montes are substituted by Colombatto and Omar Fernández.

Goal, goal, goal for Atlas! Rocha appears again, deflecting the ball past the goalkeeper to score the first.
11:41 PM5 months ago

Goalkeeper! Aldo Rocha's shot, but Cota appears at the back and avoids the tie on aggregate
11:40 PM5 months ago

Close! Atlas came close to a header, but the ball went wide.
11:32 PM5 months ago

Quiñones tries to shoot, but the Emerald defense avoids the onslaught.
10:59 PM5 months ago

One more! Cota comes out to deny Quiñones, the striker gives the ball away, but the León defense appears to prevent his goal from falling.
10:56 PM5 months ago

Great save by David Ramírez, preventing Reyes' shot from passing into Cota's area.
10:49 PM5 months ago

Poste! Quiñones sent a shot, but the ball ended up hitting the post.
10:46 PM5 months ago

Meneses arrived with danger, but Santamaría ended up saving the ball.
10:42 PM5 months ago

Mosquera tried to send a dangerous pass, but it ended up going over the end line.
10:36 PM5 months ago

The match is back and forth, with both teams looking for the opponent's goal.
10:26 PM5 months ago

Close! A cross from Reyes looking for Quiñones, but the striker can't hit the ball.
10:20 PM5 months ago

Both Atlas and León are already at the Jalisco Stadium, and both will be looking to emerge triumphant and win the Apertura 2021 Cup.
9:55 PM5 months ago

León's board of directors sent their players to the stadium in armored trucks, but without the players inside, in order to avoid aggressions from the local supporters.
9:49 PM5 months ago

Atlas received a great reception on their arrival at the Jalisco Stadium, and their fans will be looking to make their home feel the weight of the stadium so that they can win the long-awaited title. 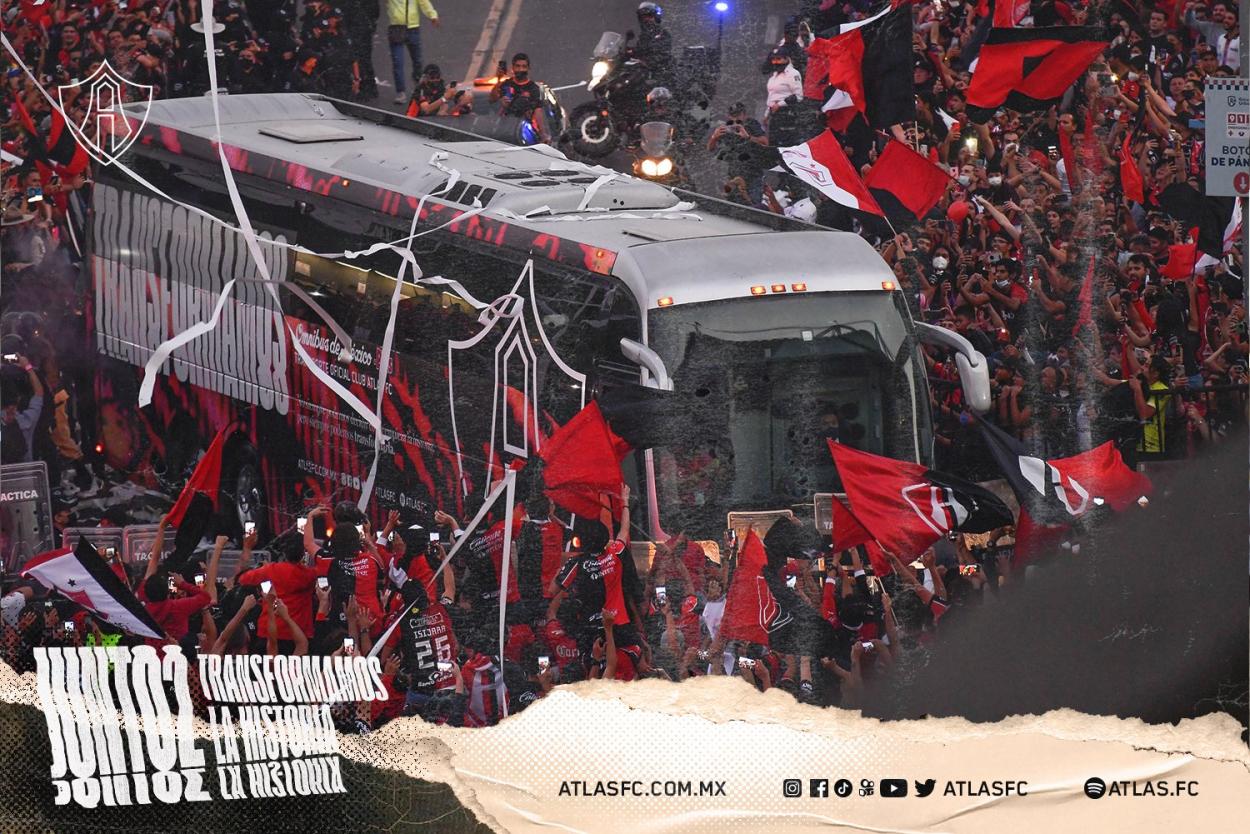 The refereeing quartet, with Marco Antonio Ortiz at the helm, is already at the Guadalajara stadium, ready to officiate the final.
9:35 PM5 months ago

To break the drought

Atlas has now gone 70 years without winning a Liga MX title, and in this match they will be looking to put an end to these bad numbers and lift the Cup tonight.
9:34 PM5 months ago

Julio Furch is the player on whom the Esmeralda saga must pay close attention, the forward will be looking to win the ball in the air and thus generate damage for the locals.
9:28 PM5 months ago

The Jalisco Stadium is already packed, with both Atlas and Leon fans looking to cheer on their team for the entire 90 minutes.

The final of this match will have a capacity of 90% of its capacity, which was permitted by the Government of Jalisco.
9:16 PM5 months ago

These teams have played 31 matches, of which León has 15 wins against Atlas' 9 and seven draws.
9:11 PM5 months ago

Red and black with good numbers

Good evening, welcome to the coverage of the match between Atlas and Leon, which corresponds to the final of the Apertura 2021. The last match ended in favor of La Fiera, but Atlas will be looking to reverse the score. The match kicks off in approximately one hour, and we will shortly share with you the confirmed lineups as well as the most relevant information about the match.
9:01 PM5 months ago

Watch out this player

Atlas has to pay close attention to Ángel Mena, the León striker has appeared when the team needs him most, becoming a key player in the last few games of the final phase.
8:56 PM5 months ago

Of the last eight meetings between these teams, León has only lost on one occasion, a situation they will be looking to take advantage of and win this match.
8:51 PM5 months ago

The last time Atlas played in a final was in the 1999 Summer, when they lost to Toluca on penalties, the red and black team was coached by Lavolpe.
8:46 PM5 months ago

Stay tuned for the Atlas vs. Leon live stream.

In a few moments we will share with you the starting lineups for Atlas vs. Leon live, as well as the latest information from the Estadio Jalisco. Keep an eye on the action with VAVEL's minute-by-minute live online coverage.
8:41 PM5 months ago

How to watch Atlas vs Leon Live Stream on TV and Online?

If you want to watch the game Atlas vs Leon live on TV, your options is: TUDN.

Ariel Holan made a statement after the victory of the Emerald team: "Having experienced players is important for this kind of games, but beyond this experience, the team had a lot of courage, a lot of predisposition and team attitude to turn the score around twice. Let's hope for the same passion to win the title on Sunday.

"The second leg will be a game that will have other spices. We must see with what resources we can fight to win the title. This series is not defined."

"The team played good soccer, wore down the opponent and won deservedly. I leave happy with those two issues because we played against a tough and difficult team."

"Mena is an extraordinary footballer, a national team player. He is a great person and professional, I am happy with him and he has been important in these matches. I am happy with the way he has given his all for the team".

"The fans transmitted a positive energy as always, this has been important for the team not to give up in adversity. I am very grateful and it is good for soccer to see the fans back in the stands filling the stadiums."

Diego Cocca spoke after the first leg of the final where his team lost: "This team does not manage, it goes forward, this team goes for the three points, today we came here to get the three points, we did not come here to tie. That's why we scored so many goals and Leon found the net. Usually we don't score so many goals, that's the problem. We were up against a team that has a lot of hierarchy and knows how to play in finals".

"We could have won something, the team made a great effort, we took the lead, they tied us and we made mistakes that cost us goals, the opponent took advantage of them, found them and we could have avoided them, these are things that happen, it's a rare thing in this team, It was a very nice match for the spectator, very nice and with emotions, there is still a lot to correct and the key remains open, we will go out to look for the win and this team has shown that it has risen, we will have a lot of faith on Sunday to win and to see the possibility of winning by one or two goals".

"Like what we talked about, this team has identity, it goes out to the field to defend the identity, if it is a semifinal or if it is full, we put on the shirt and go out to win, we do what we know, without changing our identity."

"Camilo (Vargas) has saved us a lot of times, the goalkeeper's position is very thankless, we fully trust in Camilo and we have no doubts that on Sunday he will be in one piece as always".

What time is the match Atlas vs. León for the Liga MX final?

This is the kick-off time for the Atlas vs León match on December 12, 2021 in several countries:

To leave everything on the pitch

Tonight at the Guadalajara stadium, the Champion of the Apertura 2021 will be defined. Both teams arrive after disputing a very tough duel full of emotions, which started with the red-and-black team winning by the minimum, between refereeing decisions and things they failed to do, the score ended up three goals to two in favor of León. For this match, Atlas will have to go out looking for a victory by two or more goals and prevent León from scoring. 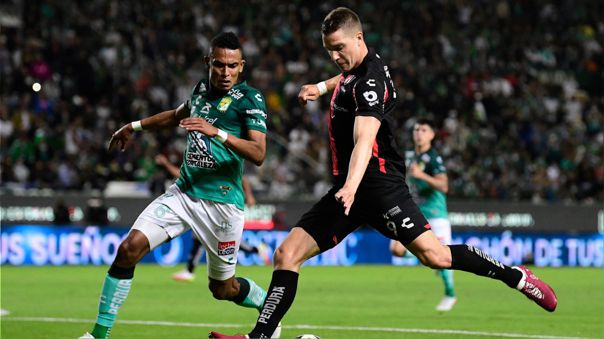 The Atlas vs. León match will be played at the Jalisco Stadium, located in Guadalajara, Jalisco. The stadium has a capacity of 55,110 people. 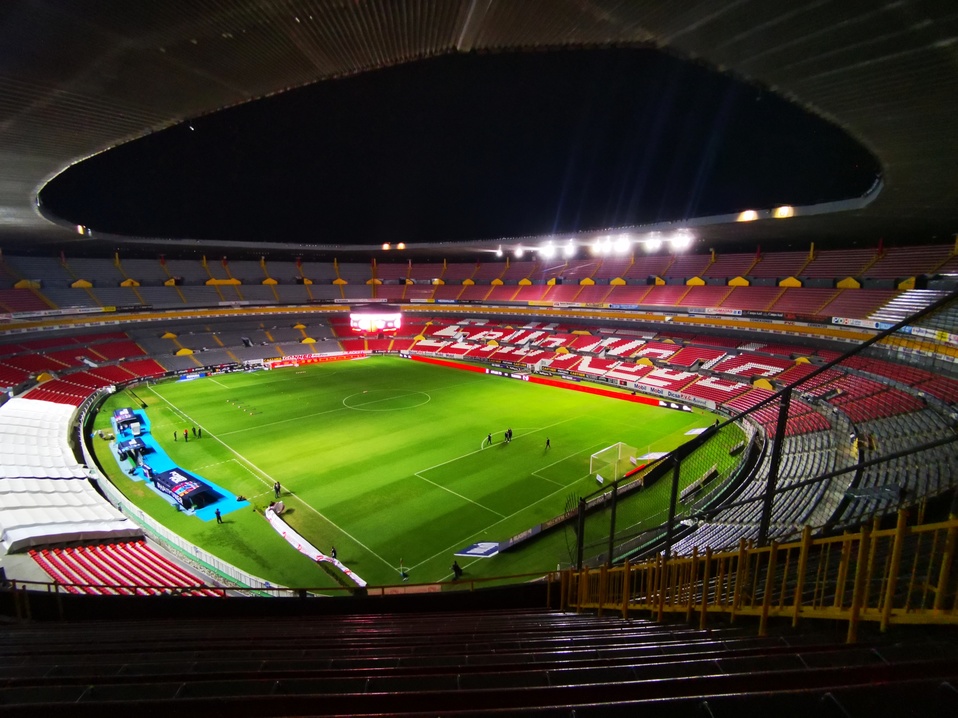