The match ends in a scoreless draw.
9:48 AM5 months ago

Lille came close to opening the scoring and missed a great opportunity.
9:38 AM5 months ago

Last 10 minutes of the match, Lille is pressing in these minutes.
9:33 AM5 months ago

A very close game, where there were few chances and the score remained tied.
9:27 AM5 months ago

The intensity of the game drops and the duel is very defensive and they are not able to hurt each other.
9:20 AM5 months ago

Corner kick for Lyon
9:16 AM5 months ago

Lille very close to opening the scoring
9:11 AM5 months ago

Both teams are unable to generate dangerous plays, and there is a lot of fighting for the ball.
9:07 AM5 months ago

Lyon starts this second half with more possession
9:03 AM5 months ago

Second part starts
8:48 AM5 months ago

The first half ends in a scoreless draw.
8:46 AM5 months ago

Last minutes of the first half in which both teams did not hurt each other.
8:38 AM5 months ago

More dangerous arrivals at the moment on Lille's side but they fail to finish them.
8:36 AM5 months ago

Lille do not lend the ball to Lyon, who are struggling for possession in these minutes of the match.
8:33 AM5 months ago

The home team continues to insist, and the game increases in intensity.
8:18 AM5 months ago

Yellow card for Benjamin André of Lille.
8:15 AM5 months ago

Lyon's Bruno is treated for a right ankle injury.
8:12 AM5 months ago

Little by little Lyon is trying to generate dangerous moves
8:06 AM5 months ago

The ball is fought hard in a great start of the match, very lively in these minutes.
8:02 AM5 months ago

The match kicks off and Lille immediately takes possession of the ball and gets its first corner kick.
8:00 AM5 months ago

The match kicks off, Lille and Lyon face each other in another Ligue 1 match.
7:54 AM5 months ago

Everything is ready for the start of the match, both teams are ready to take the field for the beginning of the game.
7:50 AM5 months ago

These will be the key players for today's game:

Little by little, the fans are starting to arrive at the stadium for a great Ligue 1 match.
7:40 AM5 months ago

This is the lineup with which the home team will take the field: 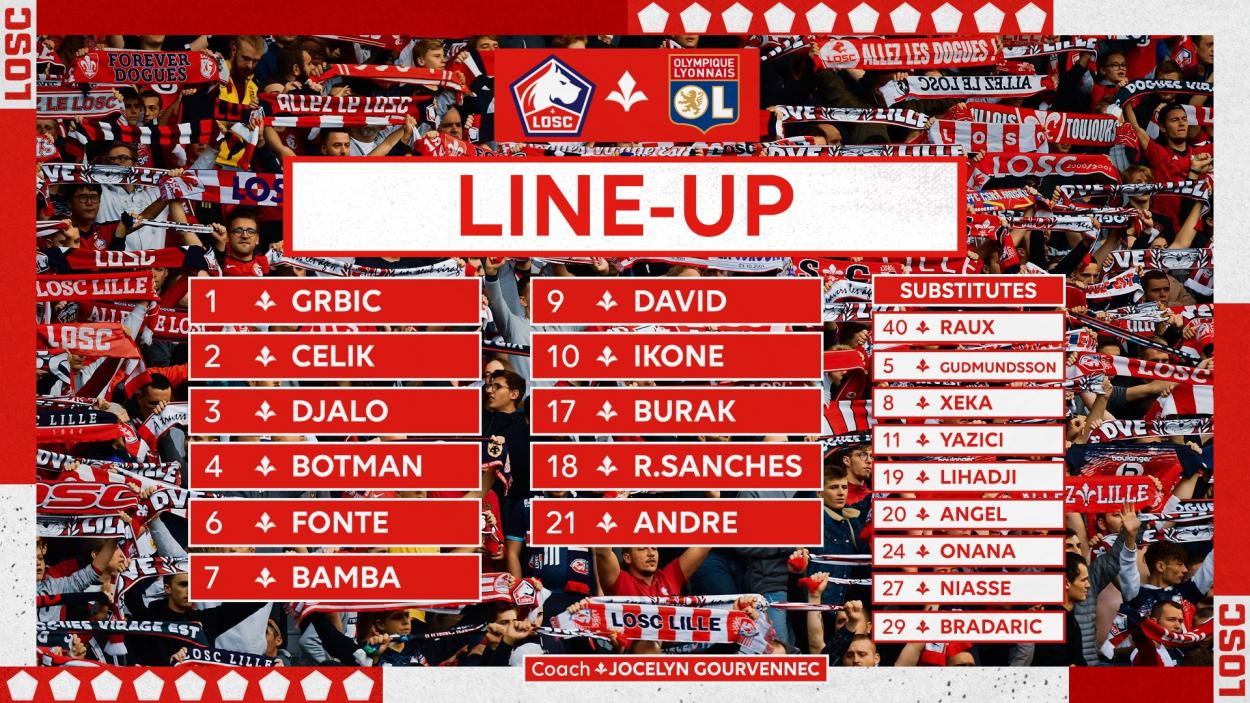 Both teams are warming up 30 minutes before kick-off, on the side of Lille there are no casualties or absences for today's game, but on the side of Lyon is in doubt the participation of Lucas Paqueta, a Brazilian player and not one of the pillars of the French team.
7:30 AM5 months ago

This is the lineup with which the visiting team will take the field: 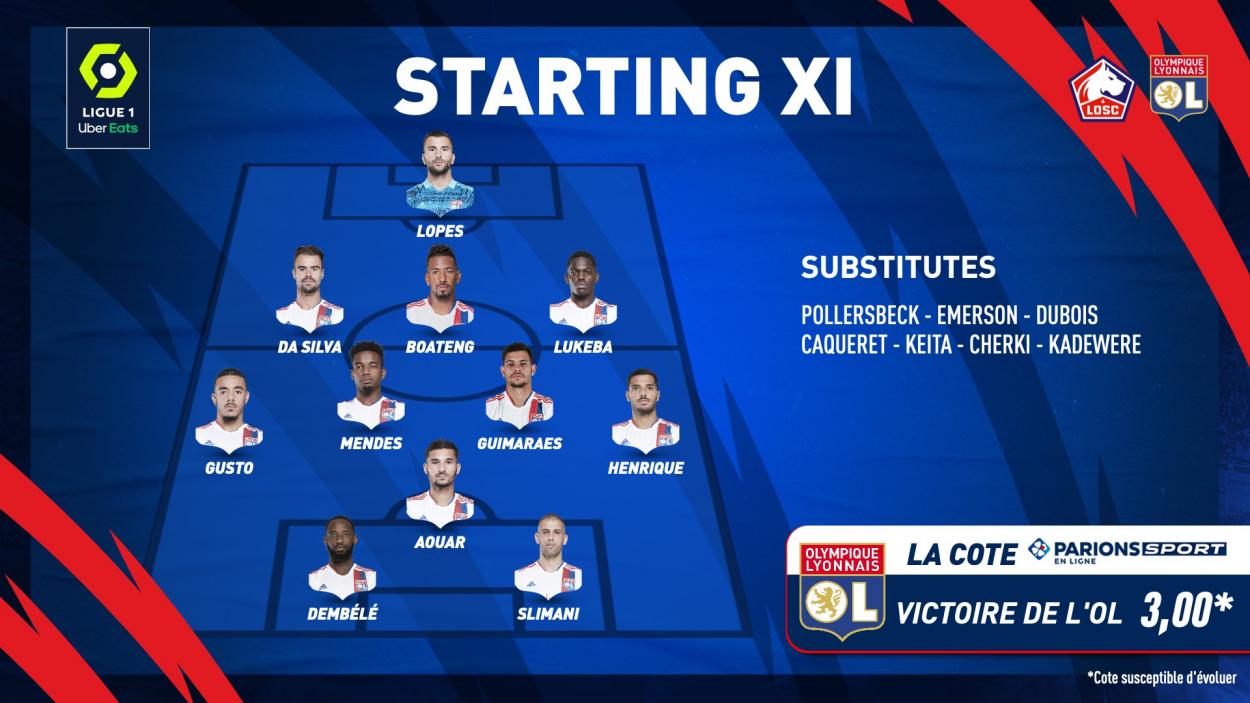 It is located in the city of Lille in France, has a capacity for 50, 186 spectators and was inaugurated in 2012, a very nice stadium to receive a thrilling match between Lille and Lyon.
7:20 AM5 months ago

These are the last encounters between the two teams: 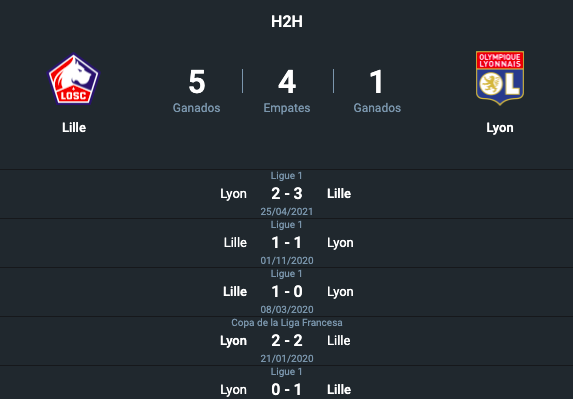 Lille are unbeaten in their last five Ligue 1 matches (2V 3E), their best run this season and Jocelyn Gourvennec's best with a club since April-September 2017 (14J 7V 7E with Bordeaux).
7:10 AM5 months ago

The central referee will be Amaury Delerue.
7:05 AM5 months ago

Stay tuned to follow Lille vs Lyon live in Ligue One.

In a few moments we will share with you the starting lineups for Lille vs Lyon live in another Ligue One match, as well as the latest information from the Stade Pierre Mauroy. Keep an eye on the action with VAVEL's minute-by-minute live online coverage.
7:00 AM5 months ago

Lille vs Lyon can be tuned in from the live streams of Star Plus and ESPN. If you want to watch the match live online, VAVEL Mexico is your best option.

Watch out for this Lyon player

Brazilian midfielder with 24 years of age and born on August 27, 1997, he is a really important player for Lyon, he has 16 games as a starter and 6 goals scored, in the same way he is national selected with Brazil with whom he has 26 games and 6 goals scored. 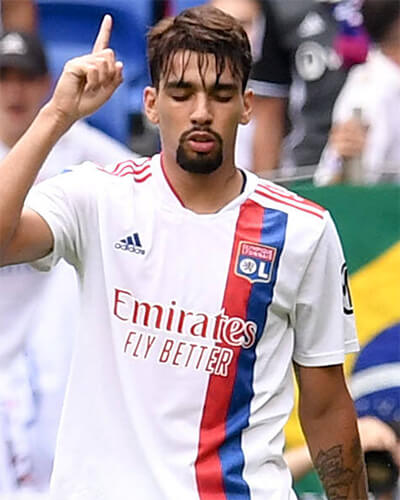 Watch out for this Lille player

Turkish player of 36 years of age, he is a center forward and is currently one of the great scorers of the French box, he has 15 games as a starter and 3 goals scored, he is selected national with Turkey where he is also a scorer with 30 goals, without a doubt a killer in the area. 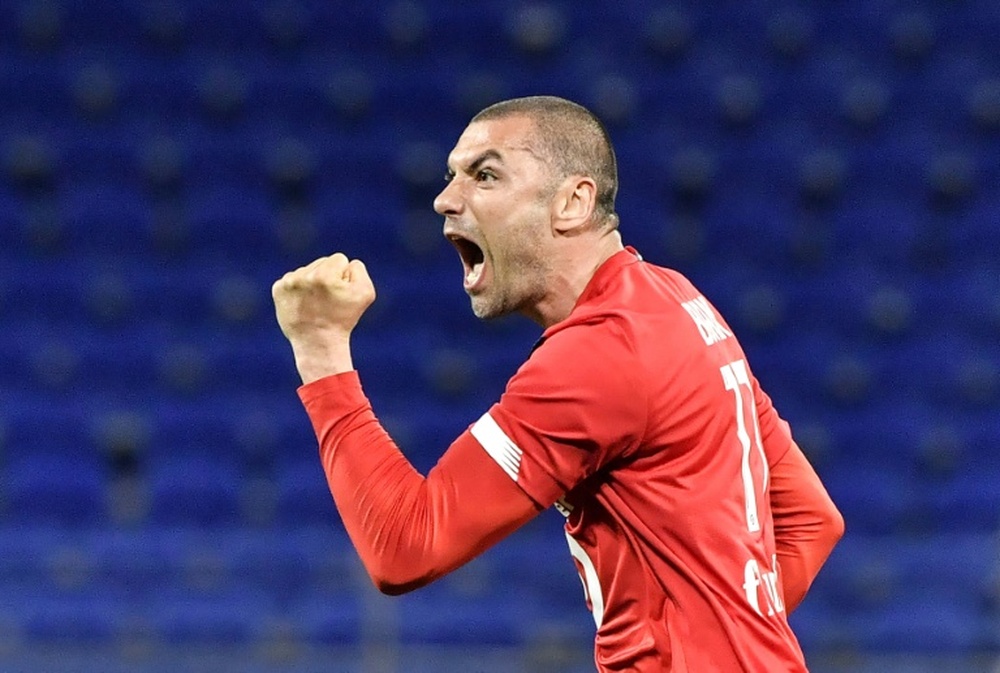 This is the last lineup with which the Lyon team took the field: 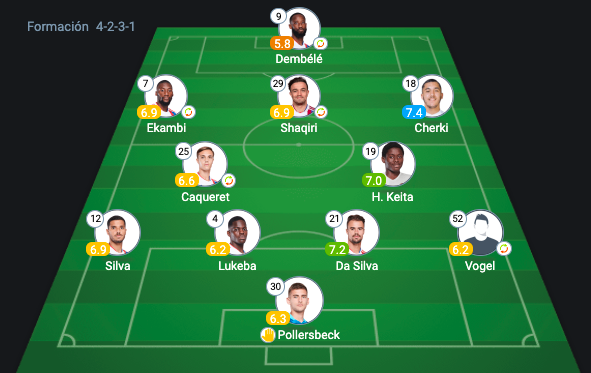 This is the last 11 with which the Lille team took the field: 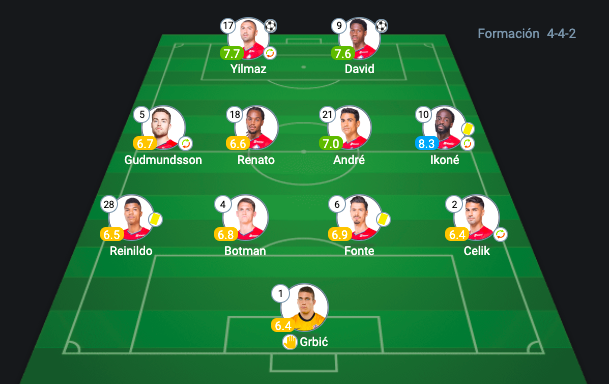 Lyon for the top 10 places

On the other hand, Lyon are further down the table with 22 points, if they defeat Lille they would be placed up to 10th position and would keep them in the fight for the top places, that is why it is important to get the 3 points.
6:30 AM5 months ago

Lille for the top 5 places

The home team has 24 points and if they beat Lyon, they could be placed in 5th position, already in the qualification places for European tournaments, although they will face a tough Lyon team.
6:25 AM5 months ago

Match of the needy

Good morning to all VAVEL readers! Welcome to the Lille vs Lyon live stream, corresponding to the Ligue One. The match will take place at the Stade Pierre Mauroy, at 06:00.