Thank you for following the broadcast of the Arab Cup semifinal, where Tunisia defeated Egypt in the last minute. See you next time.
12:54 PM5 months ago

On the last play of the game, Amr Al-Sulaya deflects the ball into his own net for the only goal of the game.

Jaziri wins the position, but his header inside the box goes into the stands. It stinks of overtime.
12:34 PM5 months ago

Mohamed Ali Ben Romdhane's shot from outside the box goes over the top of the goal.
12:29 PM5 months ago

Mejbri goes out and Sliti comes in, change for Tunisia.
12:24 PM5 months ago

Marwan Hamdy's shot from a set piece was deflected wide, although a previous offside had already been flagged.
12:19 PM5 months ago

Marwan Hamdy takes the shot away from his teammate and sends the ball high when it appeared to be the first.
12:14 PM5 months ago

Dangerous service to the near post that Mohamed El-Shenawy holds without major problems.
12:09 PM5 months ago

Hegazy's strong tackle and the Egyptian player has been cautioned.
12:04 PM5 months ago

Mohamed Sherif enters the box and fires a shot at the near post that the goalkeeper keeps out.
11:59 AM5 months ago

After the VAR reviewed the play, it was indicated that there was no foul and, therefore, no penalty.
11:54 AM5 months ago

Ali Ben Romdhane is brought down inside the area and the referee awards a penalty kick to Tunisia.
11:49 AM5 months ago

Msakni with the strong tackle and has been cautioned, for Tunisia.
11:44 AM5 months ago

The second half begins between Tunisia and Egypt.
11:39 AM5 months ago

A penalty was called for, but the ball hit Akram Tawfik's chest.
11:29 AM5 months ago

The Egyptian striker is unable to finish the ball inside the six-yard box, but the ball was ruled offside.
11:19 AM5 months ago

Mohamed Ali Ben Romdhane enters and Meriah leaves the field due to injury.
11:14 AM5 months ago

Yassine Meriah is left lying on the field and medical assistance has to be called in.
10:59 AM5 months ago

Hussein Faisal with a pass that looked to create danger in his opponent's goal.
10:54 AM5 months ago

Mohamed Dräger steps into the opponent's area, but fails to make a good impact on the defensive deflection.
10:49 AM5 months ago

Egypt's technical assistant has been cautioned by the center referee.
10:44 AM5 months ago

Once again Montassar Talbi wins the ball in the air and heads the ball into the goalkeeper's hands.
10:39 AM5 months ago

Too long a service to Ahmed Fatouh, who misses the ball on the baseline.
10:34 AM5 months ago

Tunisia owns the game with ball possession, but still struggles to create space on the flanks to break down the Egyptian defense.
10:29 AM5 months ago

Montassar Talbi soars through the air and fires a shot over the goal.
10:24 AM5 months ago

Hannibal Mejbri crashes the ball into the opponent and Tunisia with the first corner kick of the game.
10:19 AM5 months ago

The match between Tunisia and Egypt kicks off.
10:14 AM5 months ago

The first semifinal of the Arab Cup between Tunisia and Egypt will kick off in a few minutes, stay tuned for all the details of the game.
10:09 AM5 months ago

On the road to the grand finale

This is what the stage looks like this afternoon, the 974 Stadium that will host the first semifinal, remembering that it will host the World Cup just one year from now. 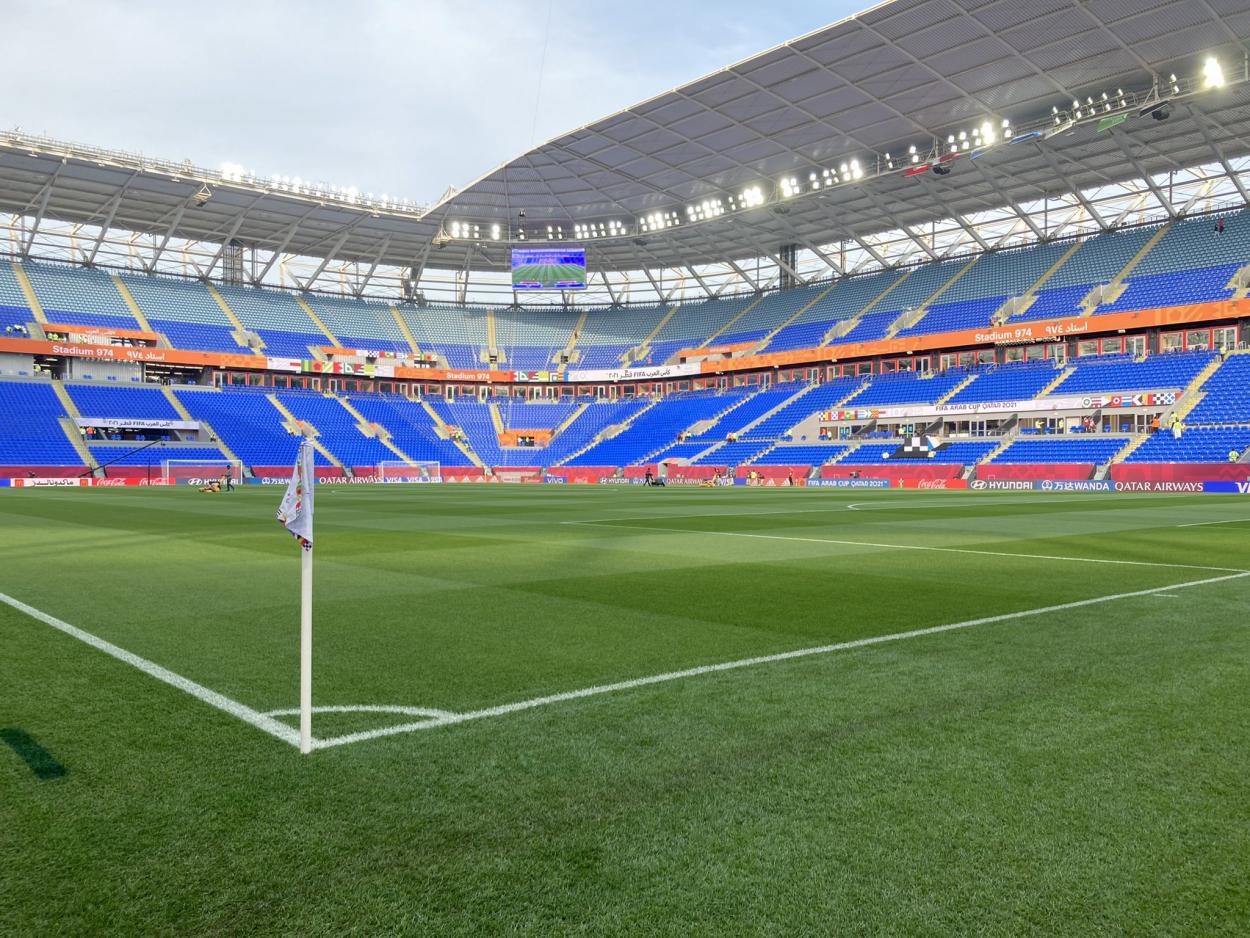 From the African Continent, Tunisia, Egypt and Algeria survive and will be looking for the Arab Cup title, and CAF wished them all the luck to win the title.

3️⃣ African giants are battling for a ticket to the #FIFArabCup final! 🎟️ pic.twitter.com/MCq4Htv2Hl

How did Egypt arrive?

Egypt comes in as group leader in Sector D with 7 points and, in the previous round, had no major problems in defeating Jordan 3-1.
9:29 AM5 months ago

How did Tunisia arrive?

Tunisia reached this stage after topping Group B with 6 points and defeating Oman 2-1 in the quarterfinals to reach the top 4 of the tournament.
9:24 AM5 months ago

Tunisia and Egypt meet in the first semifinal of the Arab Cup with the mission of advancing to the final. We begin with the coverage of the game.
9:19 AM5 months ago

Do not miss a detail of the match with the live updates and commentaries of VAVEL. Follow along with us all the details, commentaries, analysis and lineups for this Tunisia vs Egypt match for the Arab Cup 2021.
9:14 AM5 months ago

What time is Tunisia vs Egypt match for Arab Cup?

This is the start time of the game Tunisia vs Egypt of 15th December in several countries:

Two old acquaintances from the African Continent will meet again face to face, highlighting that in the last five matches Tunisia has minimal advantage with three wins and two defeats.

In the absence of Salah, Zamalek's Marwan Hamdy has had the responsibility of scoring the goals and has not disappointed, proof of this is that he scored one of the goals with which they beat Jordan in the quarterfinals. 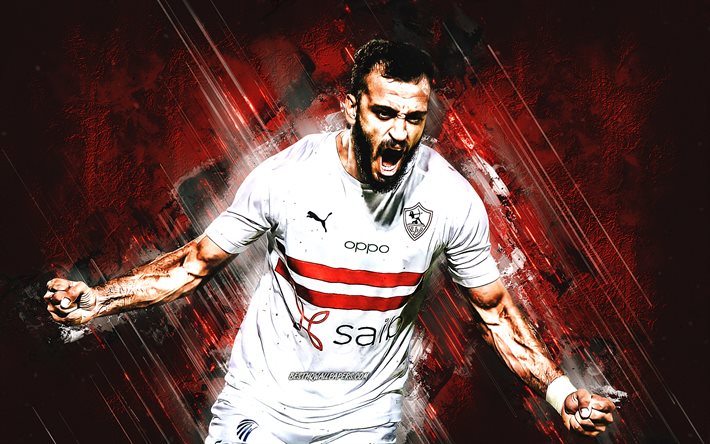 Given how dangerous Egypt tends to be throughout the 90 minutes, goalkeeper Mouez Hassen could become one of the important pieces under the three posts, in order to keep a game that seems very evenly matched.
8:54 AM5 months ago

Egypt: dreaming of the championship

Despite the absence of some stars such as Mohamed Salah, Egypt has not disappointed and has shown that it can be the new monarch of this tournament that it has not won since 1992. In the quarter-final round, they had no trouble defeating their Jordanian counterparts 3-1.
8:39 AM5 months ago

Tunisia: to be convincing

Tunisia has been one of the best teams of the tournament and has already reached the semifinal after defeating Oman 2-1 in the quarterfinals, however, they will have to be forceful with the approaches they can generate, as this complicated their game against Oman.
8:34 AM5 months ago

Welcome to VAVEL.com’s LIVE coverage of the Arab Cup: Tunisia vs Egypt!