Thank you for following the broadcast of the Bundesliga game between Bayern and Wolsfburg. See you next time.
4:15 PMa month ago

From Musiala to Lewandowski to put the icing on the cake and seal the win.

Richards, Sarr and Nianzou come in.

Hernandez, Gnabry and Davies come off.

Pavard's impact inside the area goes over the goal.
3:55 PMa month ago

Lewandowski's powerful right-footed shot is saved by Koen Casteels with his feet to prevent the fourth.
3:50 PMa month ago

Guilavoguia (in), Luca Waldschmidt (out), Wolfsburg .

Sabitzer (in) and Roca (out) for Bayern.

Lewandowski arrives at the far post and shoots wide.
3:30 PMa month ago

Sané strikes from outside the box and puts it inside the goalkeeper's far post to increase the lead in the blink of an eye.

A floated service is headed in by Upamecano to increase the lead.

Davis' cross is cut out by the defense at the near post and the goalkeeper takes the ball.
3:05 PMa month ago

Sané's volley goes over the goal.
3:00 PMa month ago

The second half begins between Bayern and Wolfsburg. No changes.
2:55 PMa month ago

Dayot Upamecano with a mid-range shot that goes high of the goal.
2:45 PMa month ago

Another shot inside the box by Wout Weghorst into Neuer's hands.
2:40 PMa month ago

Wout Weghorst is up inside the box and his shot goes wide.
2:35 PMa month ago

Sané's delayed diagonal shot is blocked by the defense.
2:30 PMa month ago

Lewandowski's header inside the six-yard box is saved by the goalkeeper as he dives for the photo.
2:25 PMa month ago

Musiala with a mid-range shot that hits the net from the outside.
2:20 PMa month ago

Luca Waldschmidt's shot from outside the box hits the defensive wall.
2:15 PMa month ago

Roca interrupts the advance by committing the foul.
2:10 PMa month ago

Another rebound that Lewandsowki now finishes over the top of the goal.
2:00 PMa month ago

Muller takes advantage of the rebound to send the ball into the net and make it 1-0.

Bavarian dominance at the moment against a Wolfsburg team that is deep in their own half.
1:50 PMa month ago

Sané's service is too long and the ball goes wide.
1:45 PMa month ago

The match between Bayern and Wolfsburg kicks off.
1:40 PMa month ago

Bayern Munich and Wolfsburg take the field under the Bundesliga anthem.
1:35 PMa month ago

In a few minutes, the game that kicks off the 17th Bundesliga matchday between Bayern Munich and Wolfsburg will be underway.
1:30 PMa month ago

In the last 450 minutes on an official basis, Wolfsburg have only scored three goals against Bayern and, in turn, have conceded 17 goals on any given pitch.
1:25 PMa month ago

Wolfsburg recalled the 5-1 thrashing they inflicted on Bayern a few years ago, and if they are looking for a repeat, at least they will be looking for a victory.

This is what Bayern's dressing room looks like for this match, where they will play in their traditional red uniform to bid farewell to 2021 with a victory. 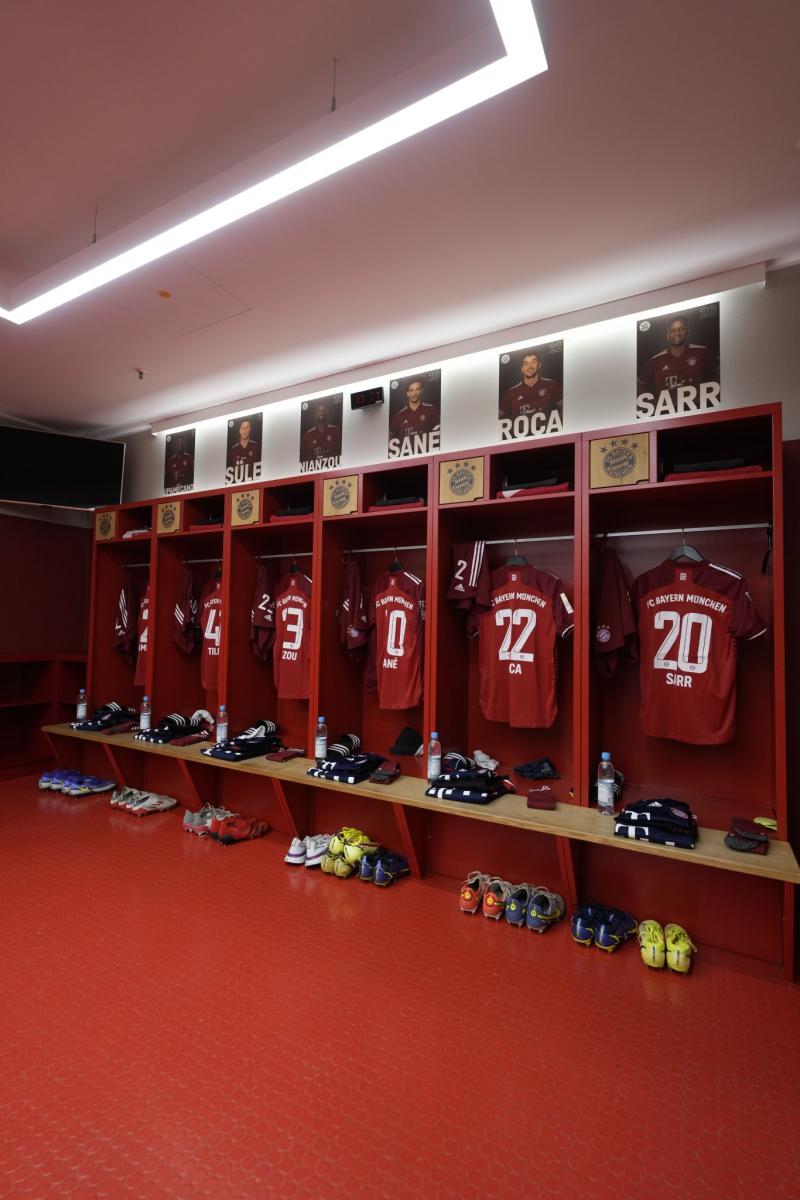 Since that unexpected slip-up against Augsburg, Bayern have now won six in a row in any competition, with this being their last game of 2021 before returning in January in search of the Champions League, Bundesliga and German Cup.
12:50 PMa month ago

The weekend will officially mark the end of the first round of the Bundesliga where Bayern Munich are winter champions, but will be looking to increase their gap with second-placed Borussia Dortmund, which currently stands at 6 points.
12:45 PMa month ago

A great match to open Matchday 17 of the Bundesliga when Bayern Munich hosts a Wolfsburg in need of points. We begin with VAVEL's coverage of the game.
12:40 PMa month ago

Tune in here Bayern vs Wolfsburg Live Score in Bundesliga

Do not miss a detail of the match with the live updates and commentaries of VAVEL. Follow along with us all the details, commentaries, analysis and lineups for this Bayern vs Wolfsburg match for the Bundesliga.
12:35 PMa month ago

What time is Bayern vs Wolfsburg match for Bundesliga?

This is the start time of the game Bayern vs Wolfsburg of 17th December in several countries:

Since 2015, Wolfsburg has not been able to defeat Bayern on any pitch and has gone 15 games without a win. In fact, in their most recent three visits they have only been able to score one goal.

He is the team's top scorer with five goals, but Lukas Nmecha will have to increase his quota and be lethal in the opponent's box to be able to think about pulling out a victory that would be the surprise of the day in the Bundesliga. 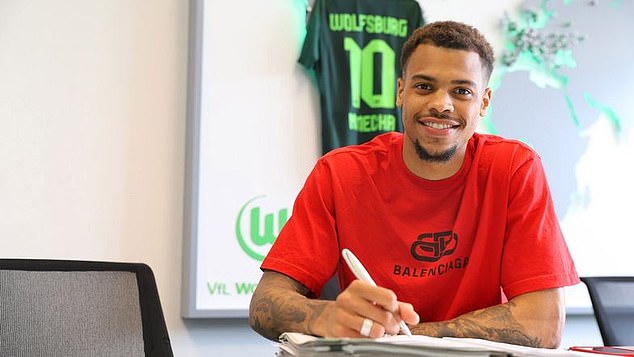 No matter what match it is or what competition, the Polish Robert Lewandowski does not stop scoring goals and, in this campaign, he is the leader in the table with 18 goals, highlighting that he has just scored a brace against Stuttgart. 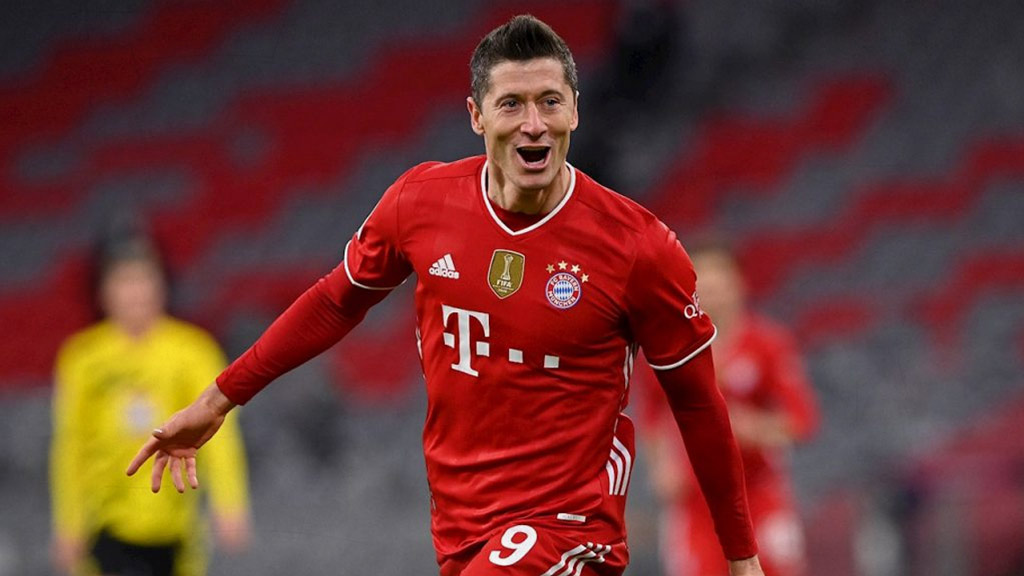 Wolfsburg: to pull off a shock

Out of the Champions League and out of any international competition for the next six months and with four defeats in a row, the last of them on Tuesday 3-2 at home against Cologne, Wolfsburg needs a win at any cost, especially to go into the Christmas vacations in a more relaxed mood.
12:00 PMa month ago

Bayern Munich wants to say goodbye in the best way this 2021 and will look to finish with a victory at home, noting that they have just beaten Stuttgart 5-0 and are more than six points ahead of their closest pursuers, Borussia Dortmund.
11:55 AMa month ago

The Bayern vs Wolfsburg match will be played at the Allian Arena, in Munich, Germany. The kick-off is scheduled at 14:30 pm ET.
11:50 AMa month ago

Welcome to VAVEL.com’s LIVE coverage of the Bundesliga: Bayern vs Wolfsburg!