It's all over! Inter beat Salernitana away and consolidate their position at the top.
5:31 PM5 months ago

Goal, goal, goal for Inter! Gagliardini takes the through ball and sends a tremendous shot that pierces the net.
5:27 PM5 months ago

Coulibaly sent a shot on goal, but it ends up crashing into the defense
5:25 PM5 months ago

Gondo's cross, Djuric appeared in the area and with a header, ends up sending the ball over the side.
5:21 PM5 months ago

Goal, goal, goal for Inter! Lautaro Martinez receives the ball and sends a tremendous shot that the goalkeeper can't stop.
5:16 PM5 months ago

Changes at Arechi. Inter enters Gagliardini for Brozovic. Salernitana brings off Ranieri and Ribéry for Jarozsynski and Gondo.
5:07 PM5 months ago

Perisic's flick, but the ball ends up crashing into the home defense.
5:02 PM5 months ago

Goal, goal, goal for Inter! Alexis Sanchez entered the box to receive the ball and shot between three to score the third.
4:51 PM5 months ago

The second half begins at the Arechi.
4:32 PM5 months ago

The first half is over, Inter leads two goals to nil at halftime.
4:28 PM5 months ago

Dumfries' cross, but the defense intervenes and prevents the ball from going any further.
4:21 PM5 months ago

Goal, goal, goal for Inter! Dumfries' shot, who sends a tremendous shot over the line to score the second.
4:14 PM5 months ago

Service for Barella, but the ball ends up in the stands.
4:07 PM5 months ago

Excellent intervention by Nwankwo, preventing Inter from shooting at goal.
4:04 PM5 months ago

Goal, goal, goal for Inter! Perisic got up inside the box and with a lethal header at the near post, ends up opening the scoring.
4:01 PM5 months ago

Inter tries to score the first, but the last line fails to define it
3:49 PM5 months ago

Salerno is underway, the ball is rolling at the Arechi.
3:47 PM5 months ago

Both teams are already on the field warming up before kickoff.
3:29 PM5 months ago

Inter are already at Arechi, where they will be looking to maintain their position at the top of the overall table with a win.
3:26 PM5 months ago

Salernitana is already at home, the Salerno team will have the difficult task of beating the tournament leader.
3:23 PM5 months ago

The dressing room of the visitors, Inter, is now ready with the kit in place to welcome the players, who will play tonight in Salerno. 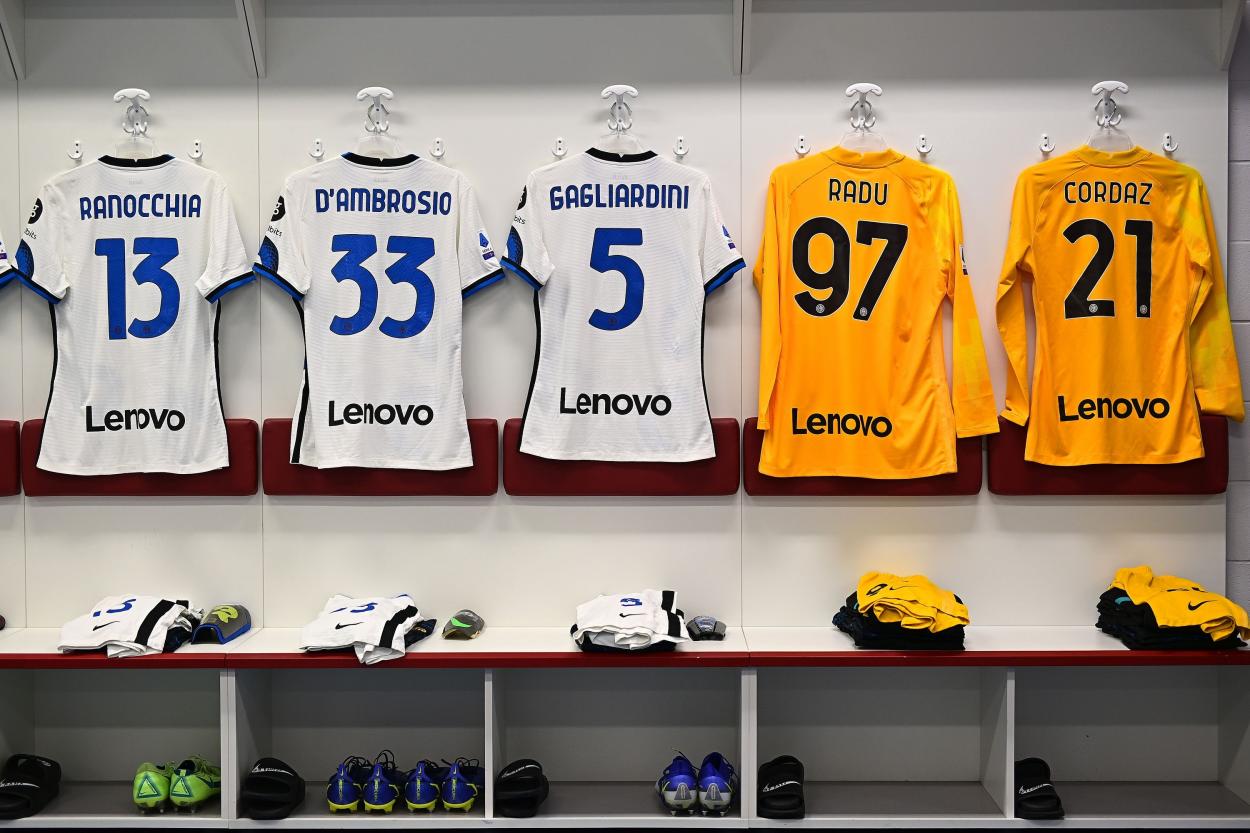 Inter comes into this game with 43 goals scored and only 15 conceded, tonight they will be looking to continue their positive numbers.
3:13 PM5 months ago

Salernitana accumulates 37 goals against and only eleven in favor, so in this game they will be looking to stand well at the back to avoid goals.
3:08 PM5 months ago

Following the incident at the European Championship where Eriksen fainted, Inter announced that the player and the team terminated their contract by mutual agreement. His medical history would prevent him from playing in this league.
3:03 PM5 months ago

Good afternoon to all VAVEL readers, welcome to the minute by minute of the match between Salernitana and Inter Milan, match corresponding to the 18th matchday of the Serie A. We will shortly share with you the most relevant information, as well as the confirmed lineups.
2:58 PM5 months ago

Stay tuned for the Salernitana vs Inter live stream.

In a few moments we will share with you the Salernitana vs Inter live starting lineups, as well as the latest information from the Arechi Stadium. Stay tuned for up-to-the-minute live online coverage of the match on VAVEL.
2:53 PM5 months ago

How to watch Salernitana vs Inter Live Stream on TV and Online?

If you want to watch the game Salernitana vs Inter live on TV, your options is: ESPN.

Simone Inzaghi, Inter coach, spoke before the match: "My boys were very good, I asked for concentration and attention. The road is long, we don't have to look at the qualification but at our next opponent".

"I am very happy with him. He is still our penalty taker. I know well that penalties can be missed: the one who doesn't take them never misses them."

"They were great. I had asked for concentration and attention. I had seen top teams struggling this weekend. We knew we would find an organized Cagliari, but we were great from the start."

"I always get important answers from everyone, even from those who play less. At this moment that is our strength: I change players and I always find great answers... Sanchez is growing more and more, Correa has done very well, Lautaro and Edin are doing great things."

"I would like to see better and better. We are the first, in Europe we passed the turn after eleven years. We arrived late but I was always positive because I saw the team playing like this. We are doing well, but the road is long. Being at the front now doesn't count: we want to stay there. We arrived late and we were able to catch up: we are confident but we don't have to look at the standings, but the next opponent ".

"We are a team: penalties can be lost. Today we did well and Lautaro also played a great game. He is an important player for us.  We are very strong and we have dominated the matches. We must continue like this.

Inter currently sits in first place after beating Cagliari four goals to nil, but is fighting for the top spot with Milan and Atalanta, who are close behind. 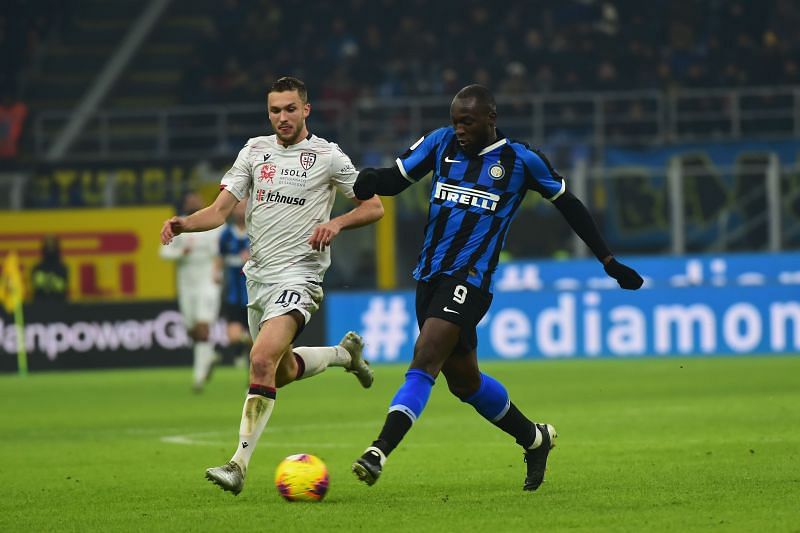 Salernitana has not had a good season, with only 8 points and being in the last position of the table, their last match they lost against Fiorentina four goals to zero; in this match, they will try to get three points and leave the basement. 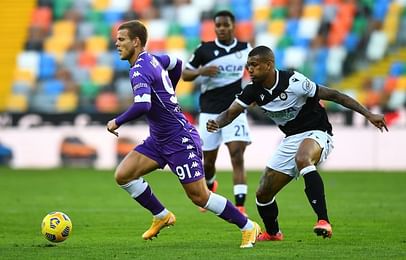 The match will be played at the Arechi Stadium.

The Salernitana vs Inter match will be played at the Arechi Stadium, located in Salerno, Italy. The capacity of the stadium is 37 180 people.
2:28 PM5 months ago

Welcome to VAVEL.com’s coverage of the 2021 Serie A match: Salernitana vs Inter Live Updates!