We thank you for your attention during the broadcast of this match. To keep up to date with what is happening in the 2021-22 Eredivisie, stay tuned to VAVEL.com.
11:26 AM5 months ago

Edson Álvarez's shot from outside the box for Ajax, but the ball goes wide of the Feyenoord goal.
11:21 AM5 months ago

The referee adds four more minutes
11:18 AM5 months ago

Ajax manages the result with tactical positioning. The visiting team is well positioned
11:15 AM5 months ago

Nelson sends in a cross from the left, Dessers heads it wide.

Dušan Tadić scores Ajax's second goal with a right-footed shot.
11:10 AM5 months ago

Devyne Rensch arrives in the opponent's area, Nelson crosses him and gives him a penalty.

It will be a penalty for Ajax

Yellow card for Feyenoord coach Arne Slot
11:02 AM5 months ago

Advanced position by Jens Toornstra in a promising attack by Feyenoord.
10:59 AM5 months ago

Antony makes a poor shot from outside the box for Ajax. The ball goes into the stands
10:52 AM5 months ago

Feyenoord tries to put pressure on Ajax and force an error
10:51 AM5 months ago

Yellow card for Fredrik Aursnes at Feyenoord
10:43 AM5 months ago

Yellow card for Reiss Nelson at Feyenoord
10:42 AM5 months ago

Nelson receives with his chest, shoots from the outside and the ball is held by the Ajax goalkeeper.
10:39 AM5 months ago

Nelson arrives dangerously at the Ajax goal, shoots but the ball goes wide.
10:38 AM5 months ago

The second half of the match is already in progress
10:24 AM5 months ago

First half statistics by gioscore.com

Embed from GioScore
10:21 AM5 months ago

END OF THE FIRST HALF ✔

With a surprise goal at the end, Ajax leaves the first half of the match as winners
10:18 AM5 months ago

The referee adds two more minutes
10:17 AM5 months ago

Ajax attack down the left, Dušan Tadić throws a killer pass and Marcos Senesi scores in his own goal.

Ajax's attack continues to come down the flanks. Sinisterra is forced to go down to help in the Feyenoord defense.
10:11 AM5 months ago

Tagliafico's furious shot from outside the area goes wide. Ajax alert
10:10 AM5 months ago

THE AJAX GOALKEEPER COMES OUT TO STEAL A BALL IN THE FEYENOORD ATTACK, SINISTERRA PRESSES HIM AND ALMOST WINS POSSESSION FROM THE VISITING GOALKEEPER.
10:06 AM5 months ago

Yellow card for Antony at Ajax
10:04 AM5 months ago

Yellow card for Sébastien Haller at Ajax
10:03 AM5 months ago

Ajax presses Feyenoord and attacks on the flanks, for now the visitors wait and are dangerous when they get the ball back.
10:02 AM5 months ago

Sébastien Haller gets into a goal-scoring position, the Ajax player's shot is sent wide.
10:01 AM5 months ago

Free kick in a dangerous place. Orkun Kökcü shoots for Feyenoord but the ball misses the target.
9:59 AM5 months ago

Jens Toornstra shot the ball after a low cross. Unfortunately he didn't hit the ball well, so it flew well over goalkeeper Pasveer.

Yellow card for Ryan Gravenberch at Ajax
9:55 AM5 months ago

Yellow card for Bryan Linssen at Feyenoord
9:54 AM5 months ago

Both Feyenoord and Ajax play a 4-2-3-1 formation. The two teams have the same tactical idea.
9:52 AM5 months ago

Haller catches a ball at Feyenoord's exit, the Ajax striker shoots wide.
9:51 AM5 months ago

Feyenoord's first attack down the right flank, but the home side have no luck
9:50 AM5 months ago

Kick-off at Stadion Feijenoord between Feyenoord vs Ajax
9:49 AM5 months ago

The game will soon begin

The two teams take the field and the protocol acts are performed.
9:46 AM5 months ago

Feyenoord has not beaten Ajax since Sunday, January 27, 2019. On that occasion, the Rotterdam team beat the Amsterdam side 6-2 at home. Since then, Feyenoord have gone four games without a win in the derby.
9:39 AM5 months ago

Feyenoord arrives at the stadium

In less than an hour the match between Feyenoord vs Ajax will start, corresponding to the 17th date of the Eredivisie 2021-22.
10:18 PM5 months ago

Everything is ready to enjoy the Eredivisie match. Do not miss a detail of the match Feyenoord vs Ajax live updates and commentaries of VAVEL.com
10:13 PM5 months ago

How to watch Feyenoord vs Ajax Live Stream on TV and Online?

If you want to watch the game Feyenoord vs Ajax live on TV, your options is: Sky Sports and ESPN.

What time is Feyenoord vs Ajax for Eredivisie?

Dušan Tadić is Ajax's captain and number 10. Thanks to his experience and great ability to team up in attack, the Serbian-born left winger is one of the great figures of Ajax and will undoubtedly be the key to solve the most complicated matches.

Luis Sinisterra is a 22-year-old Colombian player who stands out for being a great player in the left winger position. Thanks to him, Feyenoord's attack on the flanks generates an important danger for their opponents. Sinisterra not only has speed, he is also a player who knows how to win one-on-one duels and even has a good goal-scoring power. Undoubtedly he is a player with great qualities in front of the attack.
9:53 PM5 months ago

History between Feyenoord vs Ajax for Eredivisie.

In total, Feyenoord and Ajax have played 129 Eredivisie matches, of which Feyenoord has won 30 of them, while Ajax has emerged victorious in 61 and they have drawn in another 38 games.

The statistics clearly favor Ajax, as they have managed to score 272 goals in the derby, while Feyenoord has registered a total of 188 goals.

A key match for Ajax

Ajax and Feyenoord are equal on points in the overall standings of the 2021-22 Eredivisie. The direct confrontation between the two teams will be of the utmost importance as it represents the opportunity to leave a direct rival on the road and take advantage of them in the standings. Being the visitor, Ajax will have to row against the current to beat a team that has been doing very well in the Dutch league.
9:43 PM5 months ago

Feyenoord and a chance to take advantage

For Feyenoord, the match against Ajax is of great importance, as they will face their direct rival in the standings. Feyenoord currently occupies the third place in the Eredivisie with 36 points, equal in points with the second. Beating Ajax will mean overtaking them in the standings and also giving them a significant three-point advantage in the fight for the championship.
9:38 PM5 months ago

The match will be played at the Stadion Feijenoord

The Stadion Feijenoord, better known as De Kuip, is a sports venue located in the city of Rotterdam, Netherlands. It is the home of Feyenoord Rotterdam and has a maximum capacity for 51,117 spectators, This stadium was inaugurated on March 27, 1937. 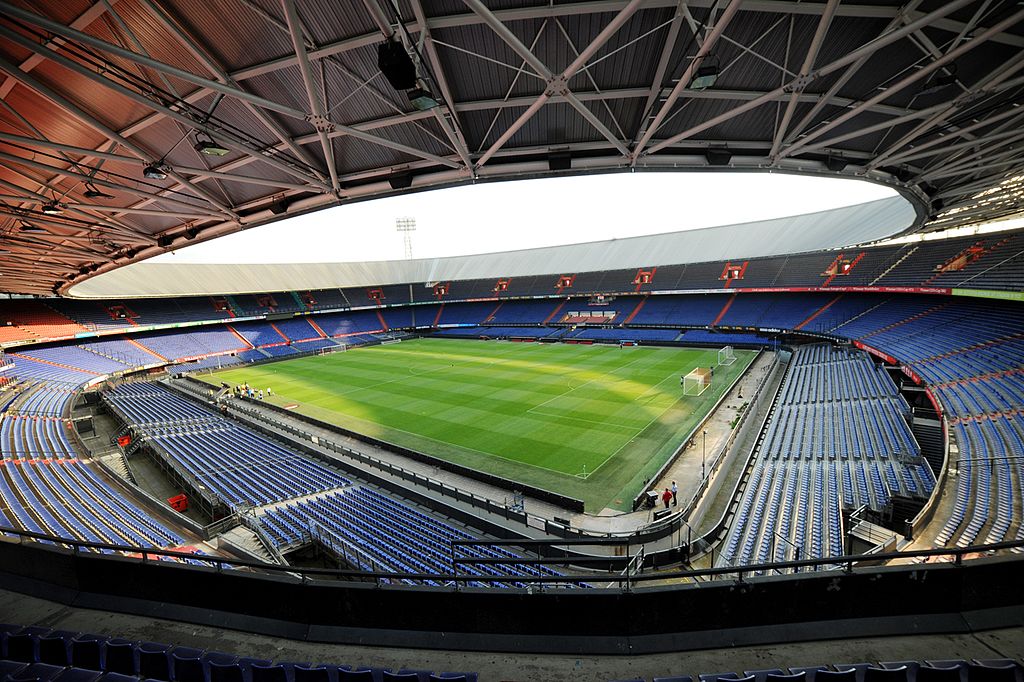 Welcome to VAVEL.com’s coverage of the 2021-22 Eredivise match, Feyenoord vs Ajax Live Updates!