We hope you enjoyed the Arsenal vs Sunderland Carabao Cup quarter-final. Continue to visit the VAVEL website to keep up to date with all the information that arises throughout the day.
4:38 PMa month ago

The match ends at the Emirates Stadium, Arsenal eliminates Sunderland from the Carabao Cup and continues its passage to the semifinals of the competition. 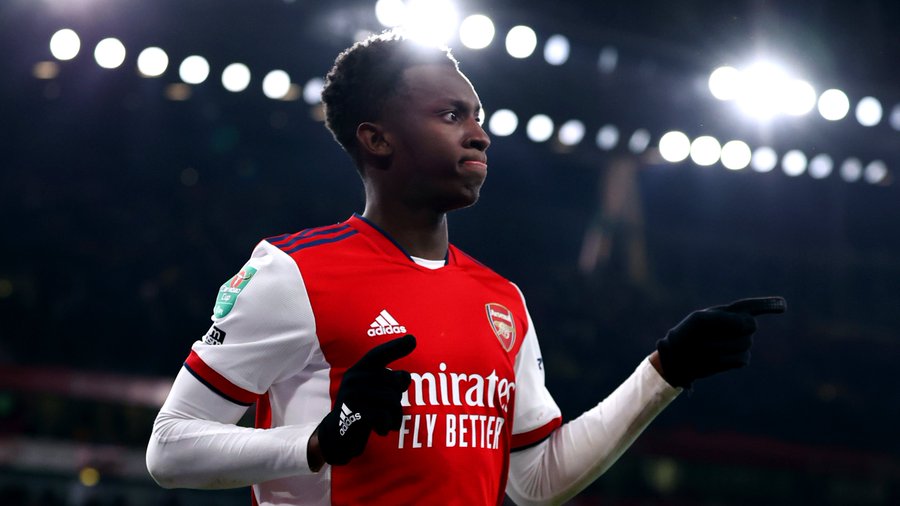 Last 10 minutes! The match begins to reach its end and everything seems to indicate that the Gunners will be in the semifinals of the Carabao Cup unless Sunderland does the feat.
4:12 PMa month ago

Nketiah looks for his fourth goal of the night, but the Sunderland defense neutralized the attack in great fashion.
4:01 PMa month ago

ARSENAL GOAL! NKETIAH'S HAT-TRICK! THE YOUNGSTER SCORES HIS THIRD GOAL OF THE NIGHT AND PROBABLY THE GAME-WINNER.
3:59 PMa month ago

PALOOOOO! Emblenton unleashes a shot from outside the box that crashes off the crossbar.
3:55 PMa month ago

ARSENAL GOAL! GOOOOOOOOOL FOR THE GUNNERS! NKETIAH SCORES HIS BRACE!
3:48 PMa month ago

The game is back in action at the Emirates Stadium, Arsenal is still up on the scoreboard, while Sunderland is still looking for an equalizer.
3:31 PMa month ago

The first half of the match ends, Arsenal is up on the scoreboard at the moment.
3:17 PMa month ago

GOOOOOOOL FOR SUNDERLAND! AFTER A GREAT ASSIST FROM PRTICHARD, BROADHEAD PUSHES THE BALL AND PUTS THE FIRST IN THE BLACK CATS' ACCOUNT.
3:12 PMa month ago

GOOOOOOOOOL FOR ARSENAL! GOAL BY PEPÉ! THE GUNNERS ALREADY WIN IT 2-0.
3:09 PMa month ago

Again, they stayed close. Balogun sent a low shot that was well controlled by the Sunderland goalkeeper.
3:03 PMa month ago

GOOOOOOAL FOR ARSENAL! ON THE REBOUND NKETIAH PUSHES THE BALL INTO THE BACK OF THE NET AND PUTS THE GUNNERS AHEAD ON THE SCOREBOARD.
2:58 PMa month ago

Arsenal tried to score the first of the day, however, the shot goes over the top of the three posts.
2:49 PMa month ago

An attempt by Sunderland that ends up in the goalkeeper's hands.
2:46 PMa month ago

The match kicks off from the Emirates Stadium, Arsenal hosts Sunderland in the quest for the Carabao Cup semifinals.
2:35 PMa month ago

In a couple of minutes we will start with Arsenal vs Sunderland, a duel corresponding to the quarterfinals of the Carabao Cup.
2:27 PMa month ago

Sunderland is fighting for a place in the Championship. After 22 rounds, the team is in 3rd place in The premier league, scoring 43 points. Jones' wards try to take the initiative into their own hands from the first minutes, so they often celebrate with goals. In the Cup, the Club started its journey from the first leg: 2-1 with Port vale, 3-2 with Blackpool, 2-0 with Wigan and 1-0 (after penalty shootout) with CRC. As you can see, the team had no Premier League opponents.
2:23 PMa month ago

The Gunners got the game back on track and put together a three-game winning streak. First, Arsenal beat Southampton (3-0) and West Ham (2-0), while in the last clash they defeated Leeds 4-1. In the current draw, Arteta started action with 1/32 of the final and achieved a crushing victory over West Bromwich (6-0). Wimbledon (3-0) and Leeds (2-0) followed. Overall, the team is in great shape.
2:22 PMa month ago

The last 5 meetings between Arsenal and Sunderland have ended in favor of the Gunners, with 4 wins and 1 draw, the last duel dating back to the 2017-18 season, where the Arsenal team won by a score of 2-0.
2:02 PMa month ago

The Last time the teams met was in 2017. The clash took place in the framework of the Premier League in London and ended with victory of the home team with a Score of 2:0. Recall that in the first round match, Arsenal also beat their opponents 4-1.
1:57 PMa month ago

The wait is over, Arsenal and Sunderland are back in action for the quarter-finals of the Carabao Cup at the Emirates Stadium. Both teams are on a good run and will be looking for a victory that will catapult them to the semifinals of the competition.
1:52 PMa month ago

Do not miss a detail of the match with the live updates and commentaries of VAVEL. Follow along with us all the details, commentaries, analysis and lineups for this Arsenal vs Sunderland match.
1:47 PMa month ago

What time is Arsenal vs Sunderland match for Carabao Cup?

This is the start time of the game Arsenal vs Sunderland of 22th December in several countries:

Aiden O'Brien will be the player to watch for this match, he is currently the second highest scorer in the Carabao Cup and will be looking to increase his goal tally on Tuesday night in London when he faces Arsenal. He currently totals 1,170 minutes with the Black Cats, which is distributed in 21 games as a starter, 5 goals and 3 assists. 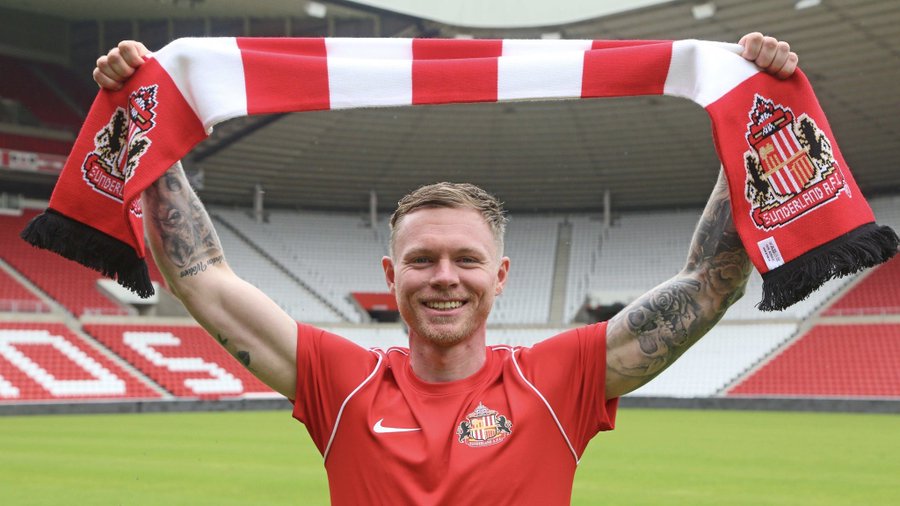 Watch out for this Arsenal player:

Emile Smith Rowe has become a standard bearer for the Gunners as the youth player has stood out in the league as the scorer of the London team and will be the player to watch for this match where he will look to give the victory with one of his goals to his teammates and fans. He currently has 1,281 minutes played in 18 games as a starter, 8 goals and 2 assists. 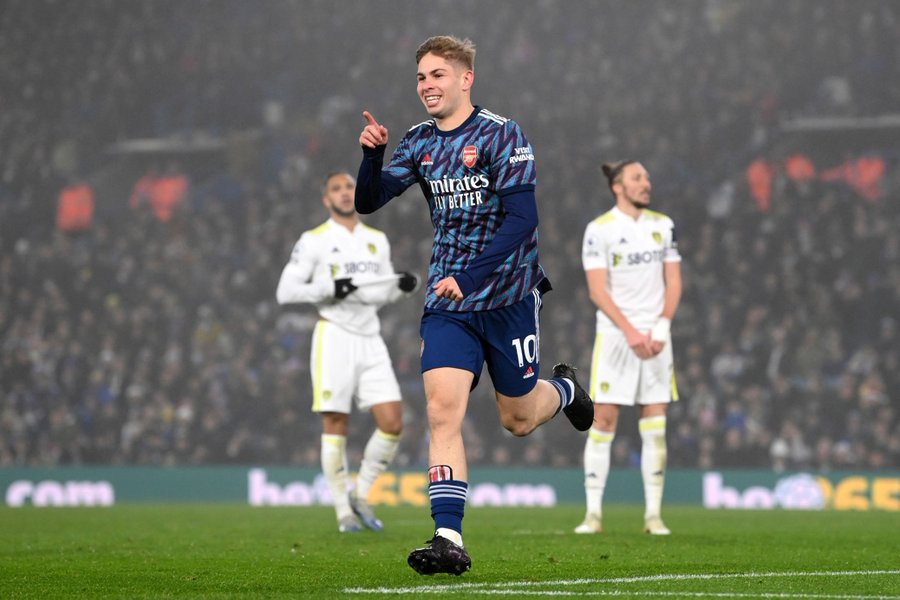 Gunners and Black Cats have met a total of 152 times (62 wins for Arsenal, 41 draws and 49 wins for Sunderland) where the balance is largely in favor of the London-based side. In terms of goals, the Gunners have the advantage with 246 goals, while Sunderland have 203 goals. Their last meeting dates back to matchday 34 of the 2016-17 season where Arsenal triumphed at the Emirates Stadium by a score of 2-0.
1:17 PMa month ago

Emirates Stadium (known as Ashburton Grove prior to Emirates sponsorship and as Arsenal Stadium for UEFA competitions), is a soccer stadium located in the Holloway district of the City of London, England. With a capacity of 60,260 people, it is the fourth largest soccer stadium in England after Wembley, Old Trafford and Tottenham Hotspur Stadium. It is owned by Arsenal Football Club of the Premier League.
1:12 PMa month ago

The mission: To surprise

For their part, the old acquaintance Sunderland will be looking to give something to talk about when they face Arsenal as in the days of yesteryear when they were still part of the Premier League, currently with the third best team in the bronze division and have one of the most powerful offenses in the league and the tournament as currently the second best scorer of the Carabao Cup belongs to Sunderland. The Black Cats team wants to continue to transcend and what better way to do so than by beating one of the members of the mighty Big 6.
1:07 PMa month ago

The Gunners will be looking to make their home advantage count when they host Sunderland in the quarterfinals of the EFL Cup, the London team will face one of the best teams so far this season in the bronze division, however, they will have to be careful because the fact of being in the top flight of English football does not assure them that Sunderland will be a surprise. Also, at the moment they have a great streak since after the terrible start of the season, they have been climbing places to the point of entering the famous big six and counting on their killer Smith Rowe who has been fundamental to define the matches.
1:02 PMa month ago

The road to the grand final of the Carabao Cup in England continues, after having completed the round of 16 to obtain the next 8 clubs to advance to the playoffs, now only 4 will be the ones who remain alive on this road with the hope of continuing to transcend in the competition. This time it will be the turn for Arsenal and Sunderland to face each other, both teams managed to survive the previous round and will seek to continue with the good pace for this elimination round, on the one hand, the Gunners are in 4th place in the general table, getting into and keeping themselves in UEFA Champions League places after the bad start of the season they had had, on the other hand, Sunderland is in 3rd place in the general table in Football League One and aspire to be promoted to return the club to the maximum circuit of England. For this match it would seem that the home side are the favorites, however, history dictates that in the Carabao Cup anything can happen.
12:57 PMa month ago

The Arsenal vs Sunderland match will be played at the Emirates Stadium, in London, England. The kick-off is scheduled at 14:45 pm ET.
12:52 PMa month ago

Welcome to VAVEL.com’s LIVE coverage of the 2021 Carabao Cup: Arsenal vs Sunderland!