We hope you enjoyed the Manchester City vs Leicester City matchday nine of the Premier League. Continue to visit the VAVEL website to keep up to date with all the information that comes up throughout the day.
12:53 PM7 months ago

Last 10 minutes! The final round of the match is approaching, both sets have given a great duel. Manchester City are still on top but Leicester will be looking to come back from behind and get back into the duel.
12:33 PM7 months ago

THIS IS HOW THE GOALS WERE SCORED

This is how the goals for the Foxes and Ciudadanos fell respectively.

MANCHESTER CITY GOAL! SPANISH CENTER BACK LAPORTE APPEARS AND PUTS A STOP TO THE UNBRIDLED ATTACK OF THE FOXES. THE CITIZENS ARE ONCE AGAIN IN CONTROL OF THE MATCH.
12:25 PM7 months ago

LEICESTER CITY GOAL! GOAL FOR THE FOXES! THEY ARE ONE GOAL AWAY FROM GETTING BACK INTO THE MATCH! KELECHI IS THE HERO AND THE VISITORS ARE ON THE LOOKOUT.
12:23 PM7 months ago

THIS IS HOW THE GOALS WERE SCORED

This is how the goals scored by the Foxes fell.

LEICESTER CITY GOAL! LOOKMAN PUTS THE SECOND IN THE FOXES' ACCOUNT AND THEY LOOK TO GET BACK IN THE GAME!
12:17 PM7 months ago

The second half begins at the Etihad Stadium, Manchester City is still up on the scoreboard and has the chance to go for more.
11:49 AM7 months ago

At the end of the first 45 minutes at the Etihad Stadium, Manchester City beat Leicester City by a score of 4-0.
11:31 AM7 months ago

Stearling put the fourth goal on the scoreboard from the eleven penalty kicks.

MANCHESTER CITY GOAL! THE MAGICIAN, RAHEEM STEARLING, CAME ON TO SCORE THE FOURTH GOAL AND CONTINUE TO BEAT THE VISITORS.
11:28 AM7 months ago

This is how Gündogan scored the third for the Citizens.

MANCHESTER CITY GOAL! ILKAY GÜNDOGAN POPPED UP TO PUT THE THIRD ON THE SCOREBOARD AND SET UP WHAT LOOKED LIKE THE BEGINNING OF A ROUT FOR THE FOXES.
11:20 AM7 months ago

This is how Riyad Mahrez scored the second goal for the Citizens.

MANCHESTER CITY GOAL! RIYAD MAHREZ SCORES A SPECTACULAR GOAL FROM THE 11 PENALTY KICKS!
11:13 AM7 months ago

Thus the Citizen team takes the lead on the scoreboard.

MANCHESTER CITY'S GOAL! KEVIN DE BRUYNE SCORED A SHOT FROM OUTSIDE THE BOX TO PUT THE CITIZENS AHEAD.
11:06 AM7 months ago

Close to the Foxes! The Leicester City player takes a low cross-shot and the attempt goes over the end line.
11:00 AM7 months ago

The match between Ciudadanos and Zorros kicks off, both teams are looking for the three points.
10:48 AM7 months ago

In a couple of minutes we will start with Manchester City vs Leicester City; duel corresponding to the 19th round of the Premier League.
10:41 AM7 months ago

Manchester City have won to nil in each of their last three games, scoring an average of 4 goals per game and have become firm favorites for the Premier League title after taking advantage of their rivals' slips in recent weeks.

Manchester City have 44 points and are 3 points ahead of Liverpool who are on 41 points. And Leicester City in 9th with 22 points and is 6 points behind first with European aspirations.

Manchester City scored 44 goals so far and is the second highest scoring team. Liverpool scored 50 goals. And something that is striking is the defense that has conceded only 9 goals and is the team that conceded the fewest goals.

Leicester gave a good match with Liverpool in the English League Cup, but failed to advance to the semifinals (3-4 after penalty shootout). Yes, as usual, vardy gave some great soccer, but it was not enough for a positive result. In the Championship, Rogers Halls are still not in the best shape. After 16 rounds, the Club has only the ninth line and 22 points in the piggy bank. Note that the boys have gaps in the defensive plan.
10:37 AM7 months ago

The "Citizens" show a powerful offensive soccer, thanks to which they scored 11 goals in two previous matches: 7-0 with Leeds and 4-0 with Newcastle. To date, Guardiola's protégés lead the standings with 44 points by 18 points. It is worth noting that the Club has the best goal difference scored and lost +35.
10:32 AM7 months ago

THIS IS HOW THE FOXES COME OUT

This is how the Foxes will go out at Leicester looking to get the last win of the year. 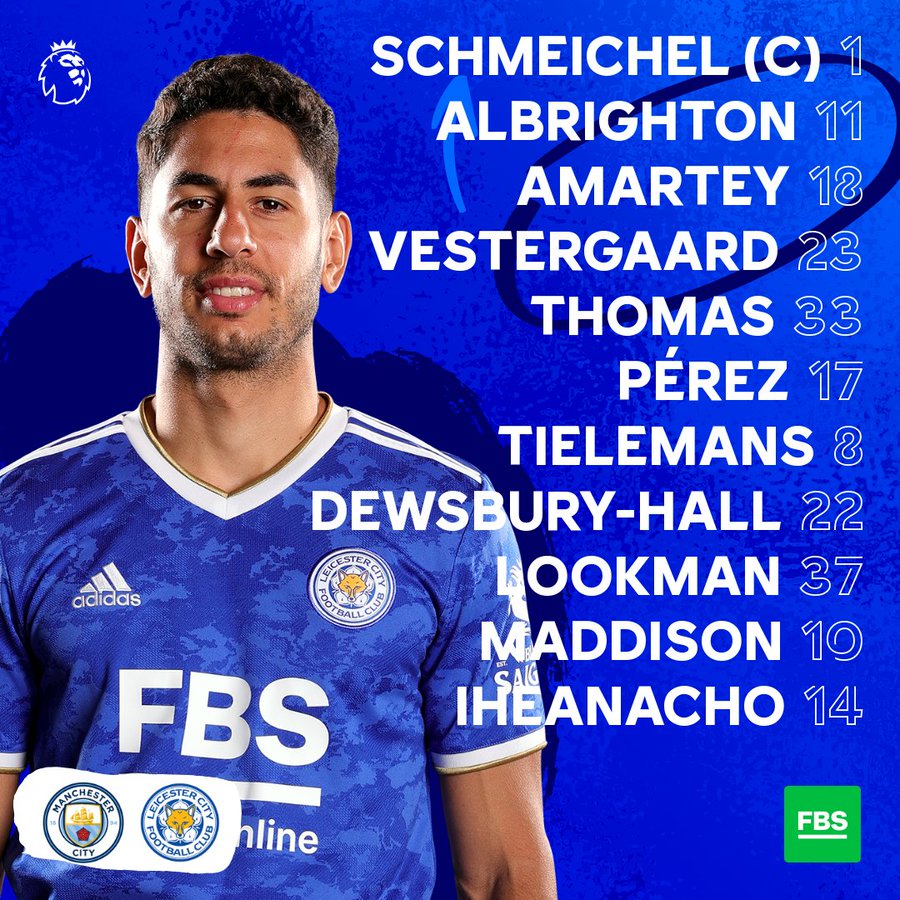 THIS IS HOW MANCHESTER CITY GOES OUT

This is how Pep Guardiola will line up his players for today's victory at the Etihad Stadium. 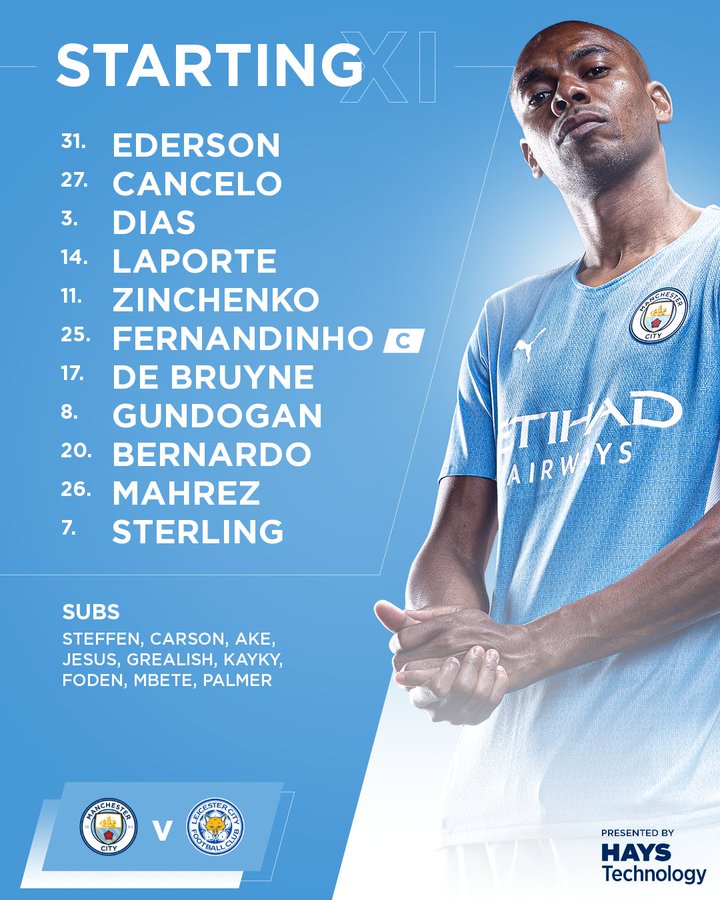 This year, the teams have met three times. Man City conquered two victories with an aggregate score of 3-0, while Leicester got the victory (in the final of the Super Cup) with a minimum score of 1-0. It is worth noting that in four of the last five matches, one of the teams left with zero on the scoreboard.
9:57 AM7 months ago

The wait is over, the Premier League is back in action with a great duel between Manchester City Citizens and Leicester City Foxes. Both teams come from a different mood, however, for both teams it will be important to get a win and continue with a good pace in the league.
9:52 AM7 months ago

Do not miss a detail of the match with the live updates and commentaries of VAVEL. Follow along with us all the details, commentaries, analysis and lineups for this Manchester City vs Leicester City match.
9:47 AM7 months ago

What time is Manchester City vs Leicester City match for Premier League?

This is the start time of the game Manchester City vs Leicester City of 26th December in several countries:

City's standard bearer and the team's star scorer, Jamie Vardy will be the one the Azzuri defense will have to watch out for. The 34-year-old center forward has already come a long way in the best league in the world, he has won almost everything with Leicester and has managed to establish himself as one of the idols of the fans, since his debut he has played 393 games as a starter, has broken the net 181 times and has assisted on 78 occasions. With more than 30,000 minutes played, the Sheffield born will be one of the players who could tip the balance in favor of the Foxes at any minute. 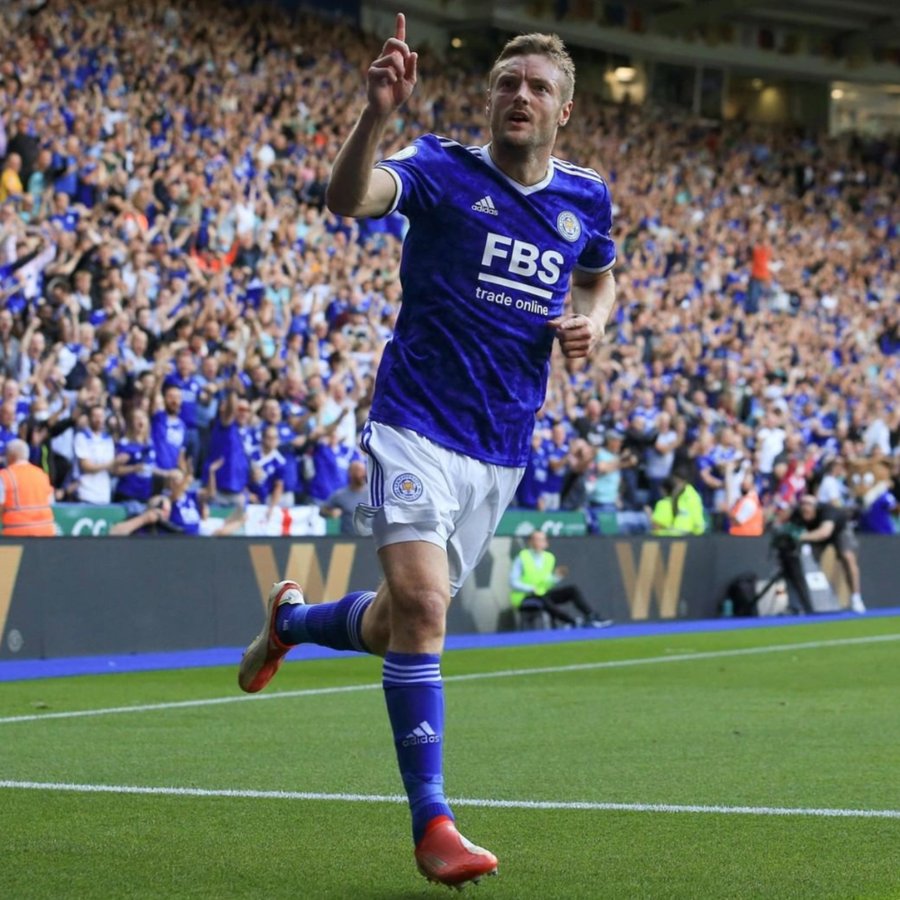 Joao Cancelo has become one of the fundamental pieces that Pep Guardiola owns, the right-back has gone from strength to strength since his arrival in the Premier League being an undisputed starter and increasing much more and much more his value in the transfer market. Last season he was selected in the best eleven of the English league where he stood out for playing 28 games as a starter, scoring 2 goals and contributing with 3 assists, he is also one of the most experienced figures of the Portuguese national team, so for this match, Cancelo will be the player to follow for the possible problems he could cause Tottenham when attacking.

For this match, Chris Kavanagh will be the center referee, accompanied by Harry Lennard and Dan Robathan as assistants 1 and 2 respectively, and David Coote will be the fourth official. In the VAR, referees Paul Tierney and Scott Ledger will be in charge of monitoring any doubtful play inside the area or that deserves a red card.
9:07 AM7 months ago

The Foxes are wounded

Leicester City is wounded for this match, the Foxes faced Liverpool at Anfield in the quest to advance to the semifinals of the Carabao Cup, however, after having gone ahead very early on the scoreboard and seeming to have everything under control, the Red's returned to the duel and tied everything in the match's delirium. With the score even, the tie had to be decided in a penalty shootout and with a spectacular save by the Red's goalkeeper, the Foxes were eliminated from the competition. With no Cup or Europa League, Leicester will be looking to stay alive in the Premier League, climb up the table and get into the European places in order to return to international competitions.
9:02 AM7 months ago

Looking to get back to winning ways

The team led by Pep Guardiola will seek to continue as the current monarch of the Premier League after having regained the leadership and so far remain as leaders after what they have done, however, they are forbidden to stumble because a simple defeat could complicate things since Liverpool is only 3 points away and could overtake the Citizens by goal difference, it is worth remembering that in the 2018-2019 season, the situation was almost similar and only one point ended up decreeing the Citizens champions over the Red's. Likewise, at the moment they have the second best offense of the championship so it will not be expected that for this duel they will bring out all the arsenal they have to secure the three points at home and with their people 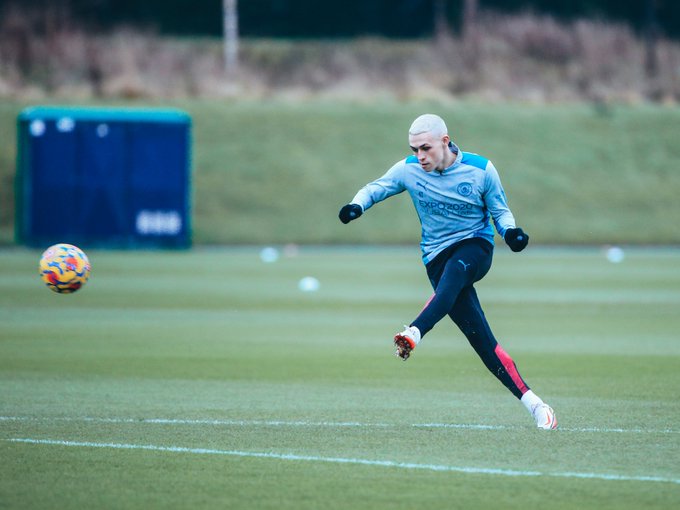 A great match for the halfway point of the season

The mid-season is here and will have one of the best matches so far this season with Manchester City hosting the Foxes of Leicester City at the Etihad Stadium. Pep Guardiola's team has been working like a real sweeper as it has broken the record of most goals scored in the first half of the campaign, also, they managed to snatch the lead from Chelsea and stay above Liverpool, the team that is their closest pursuer. Likewise, the Citizens qualified as first to the round of 16 of the UEFA Champions League, their only failure so far being their elimination against the Hammers in the Carabao Cup on penalties. On the other side, the Foxes are hurting as they were eliminated in midweek by Liverpool at Anfield, after taking an early lead in the match, the Red's came back from behind to equalize at the last minute through Minamino and seal their defeat in the penalty shootout, now, out of the Carabao Cup and Europa League, their only goal will be to concentrate on the Premier League and try to get a place in the European competition if they do not want to disappoint their fans.
8:52 AM7 months ago

The Manchester City vs Leicester City match will be played at the Etihad Stadium, in Watford, England. The kick-off is scheduled at 10:00 am ET.
8:47 AM7 months ago

Diaz, Zelarayan lift Columbus in 3-2 win over NYCFC 11 hours ago