Thank you for following the Premier League game between Norwich and Arsenal.
12:48 PM5 months ago

Pépé crosses to Smith Rowe at the far post for the equalizer.

Lacazette tricks the goalkeeper from the penalty spot to seal the away win.

Smith Rowe comes on and Martinelli goes off, Arsenal change.

The referee has also awarded a penalty to the Gunners.

Elneny comes on and Partey goes off, Arsenal substitution.

Placheta goes off and Tzolis comes on, Norwich substitution.

Sargent goes off and Idah comes on, Norwich change.
12:08 PM5 months ago

Saka with the impact just outside the box to cross the ball in and add to the scoreline.

Thomas Partey of Arsenal has been cautioned.
11:53 AM5 months ago

Gabriel Martinelli had scored the goal, but the referee disallowed it for a previous offside.
11:48 AM5 months ago

Gilmoure with a shot from outside the box that finds a defensive deflection and the ball goes wide.
11:43 AM5 months ago

Tierney's cross shot is saved by a defensive leg.
11:38 AM5 months ago

Second half kicks off between Norwich and Arsenal.
11:33 AM5 months ago

Kieran Tierney goes alone down the flank and takes a cross-shot that hits the post and into the back of the net to increase the lead.

Norwich's Przemyslaw Placheta is also cautioned.
11:13 AM5 months ago

Yellow card for Arsenal's Granit Xhaka.
11:08 AM5 months ago

Gabriel Martinelli is left lying on the field and the referees are already talking about it.
11:03 AM5 months ago

Saka's attempt at a bicycle kick goes over the top of the goal.
10:58 AM5 months ago

They stop the game because Martin Ødegaard is lying on the field.
10:43 AM5 months ago

The service looked for Przemyslaw Placheta inside the box, but the ball was played into the goalkeeper's hands.
10:33 AM5 months ago

Saka with the service looking for Lacazatte, which is very untidy and gets into the hands of the rival goalkeeper.
10:28 AM5 months ago

Saka takes the shot inside the box low to beat the keeper and open the scoring.

Very close game with both teams imprecision, so that the dangerous plays have not been able to arrive.
10:18 AM5 months ago

The match between Norwich and Arsenal kicks off.
10:13 AM5 months ago

The Premier League game between Norwich and Arsenal will kick off in a few minutes.
10:08 AM5 months ago

Last week it was Norwich's turn, but on this day three Premier League games were suspended due to high cases of Covid-19 in some teams' squads. The games that were not played were:

Thus came the home team, Norwich, with the mission of being able to win or, at least, get a point to help them get out of the pressing zone in which they find themselves in the overall standings.

Carrow Road is in excellent condition for this game, although it is cold and a bit foggy so players will need to warm up very quickly. 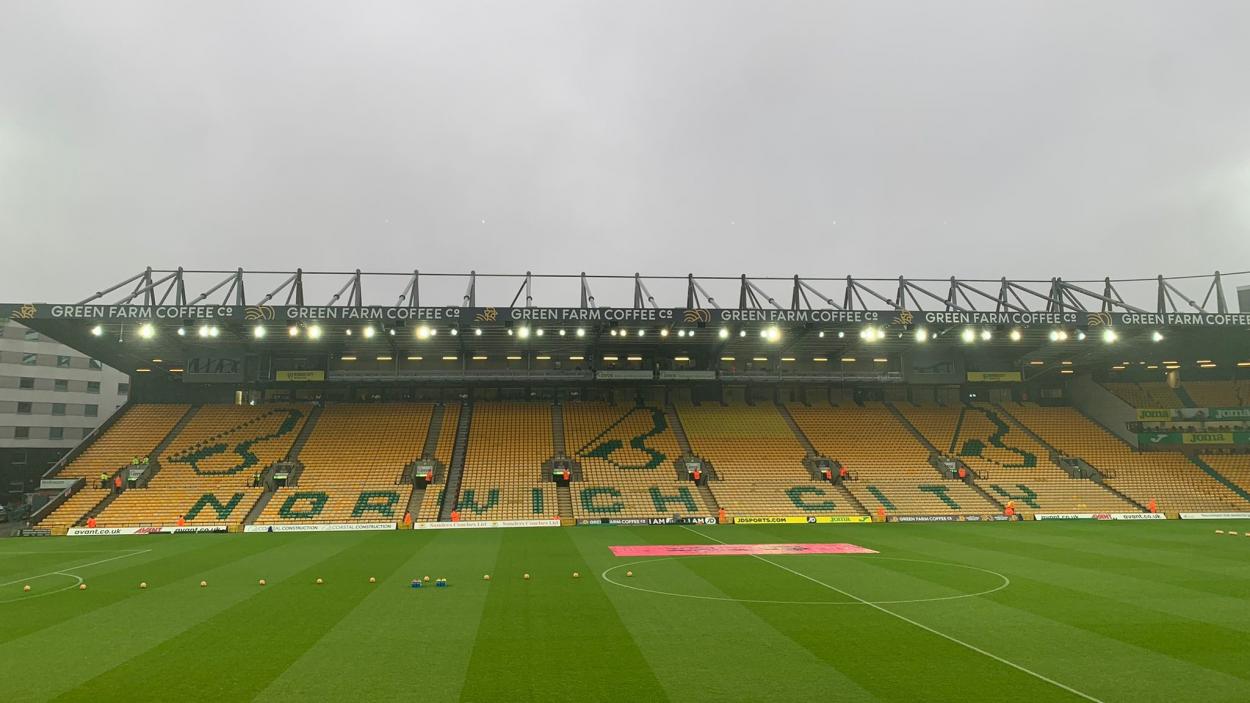 It has been a season to forget for Norwich with just 10 points in 17 games, however, a victory this day would help them to make an important leap and get closer to teams like Watford and Leeds, who are hovering around the relegation zone.
9:28 AM5 months ago

In the last few hours players such as Albert Sambi, Pablo Mari and Calum Chambers tested positive for the coronavirus virus, which is why Arsenal will have some youth players for this game.
9:23 AM5 months ago

The famous Premier League Boxing Day kicks off with Arsenal visiting bottom side Norwich. We begin with VAVEL's coverage of the game.
9:18 AM5 months ago

Do not miss a detail of the match with the live updates and commentaries of VAVEL. Follow along with us all the details, commentaries, analysis and lineups for this Norwich vs Arsenal match for the Premier League 2021.
9:13 AM5 months ago

What time is Norwich vs Arsenal match for Premier League?

This is the start time of the game Norwich vs Arsenal of 26th December in several countries:

Since 2012 Norwich have been unable to get a win against the Gunners at any ground; in fact, they have lost four of their last five and have only been able to salvage one draw at home, which happened two years ago.

At just 21 years of age, Emile Smith Rowe is proving to be one of the sensations in the league and, more importantly, has made the most of his opportunities with Arsenal, noting that he is the club's current top scorer with seven goals. 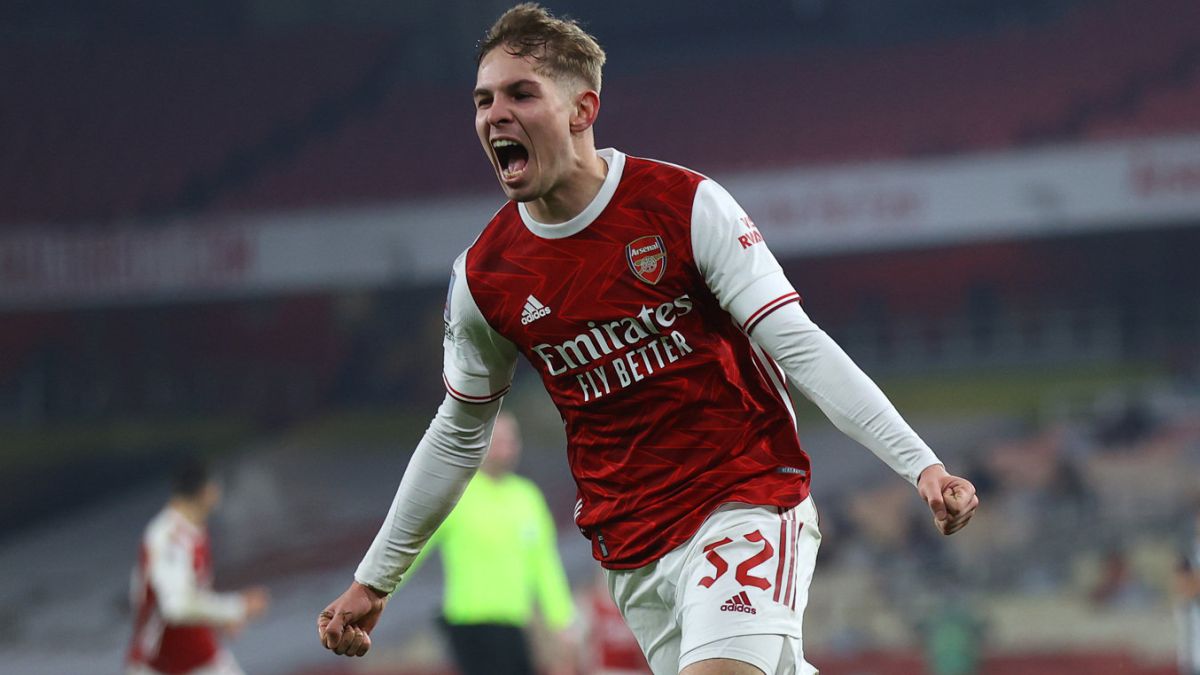 Despite being one of the highest-scoring goalkeepers in the Premier League, Tim Krul has had some outstanding performances to prevent more goals in his frame and he should have a brilliant afternoon to stop all the Gunners' attempts. 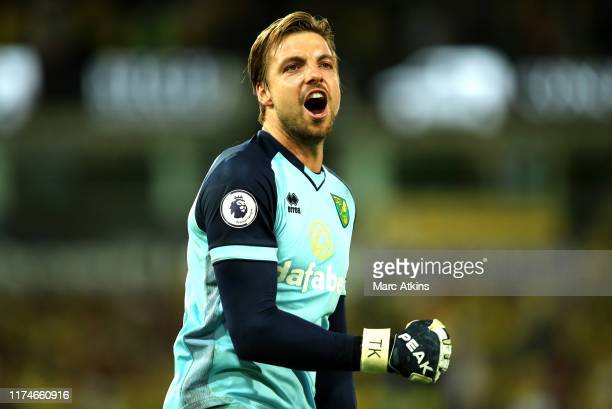 Arsenal: on a roll

After a poor start to the season, Arsenal has righted the ship and has moved into the top four of the Premier League, with a run of three consecutive victories that they will look to extend this Sunday against the bottom team of the Premier League; last Sunday they beat Leeds United 1-4 as visitors.
8:38 AM5 months ago

Norwich: to get out of the basement

Norwich is the worst team in the Premier League with only 10 points, only two victories in the championship and eight goals scored, so if they want to avoid relegation problems, they will have to start now to add how and where to save the category.
8:33 AM5 months ago

The Norwich vs Arsenal match will be played at the Carrow Road Stadium, in Norwich, England. The kick-off is scheduled at 10:00 am ET.
8:28 AM5 months ago

Welcome to VAVEL.com’s LIVE coverage of the Premier League: Norwich vs Arsenal!