Thank you for following this match on VAVEL USA. Until the next time!
12:07 AM11 days ago

America: Pedro Aquino and Salvador Reyes are out; Richard Sanchez and Santiago Naveda are in.
12:01 AM11 days ago

Yellow cards for Jordi Cortizo and Álvaro Fidalgo.
12:01 AM11 days ago

The referee adds four more minutes to the match.
11:58 PM11 days ago

Puebla: Gustavo Ferrareis and George Corral are out; Alberto Herrera and Martín Barragán are in.
11:55 PM11 days ago

AMÉRICA HAD A CHANCE! Terrible mistake by Reyes, who entered the area after a good team play, sent a shot that only passed close to Silva's goal.
11:49 PM11 days ago

LAINEZ! A powerful shot from the american player that bounces off the defense and the ball ends up in the midfield.
11:39 PM11 days ago

Puebla: Manuel Robles and Memo Martínez are out; Jordi Cortizo and Fernando Aristeguieta are in.
11:28 PM11 days ago

George Corral's shot goes over the goal. Puebla is now more in front.
11:23 PM11 days ago

PARRA! The Puebla's player takes a powerful shot from half distance, but the ball goes just wide of the goal.
11:14 PM11 days ago

This was the draw

The referee adds five more minutes to the first half.
10:53 PM11 days ago

Fidalgo cuts back and sends in a cross that Reyes fails to close down. The ball is dangerously dribbling around the area.
10:45 PM11 days ago

Another red card for América, this time for Roger Martínez for a hard tackle.
10:41 PM11 days ago

Expulsion for the Aguilas' coach, Santiago Solari, for having entered the field to complain to the referee.
10:37 PM11 days ago

Puebla tries to go forward but América is closing its spaces well.
10:31 PM11 days ago

SILVA! Jorge Sanchez's shot straight at goal where Anthony Silvia leans back to keep the ball.
10:26 PM11 days ago

In the first fifteen minutes, América maintained possession and verticality.
10:22 PM11 days ago

A powerful shot by Guillermo Martínez goes just wide of the goal.
10:20 PM11 days ago 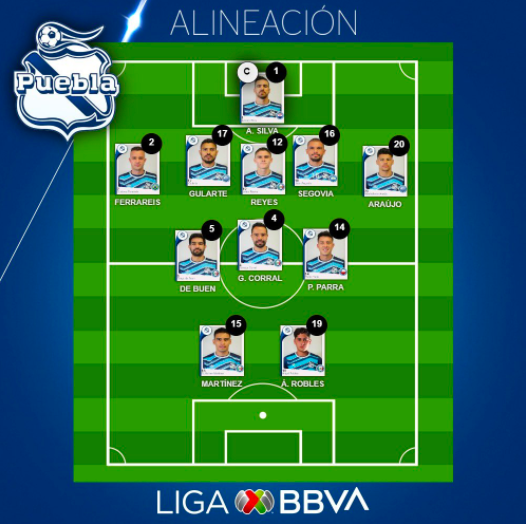 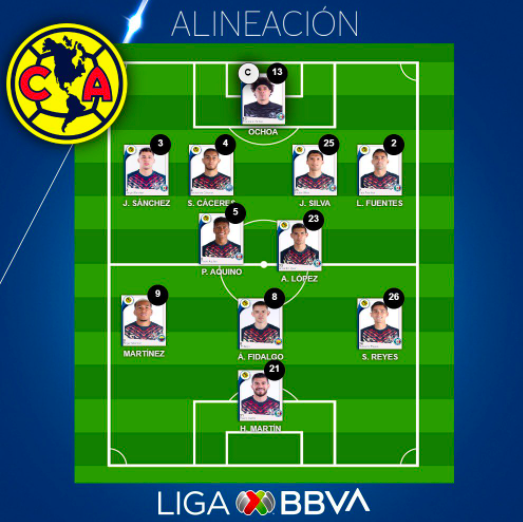 Both teams are already on the Cuauhtemoc Stadium field doing warm-up exercises prior to the start of the match. 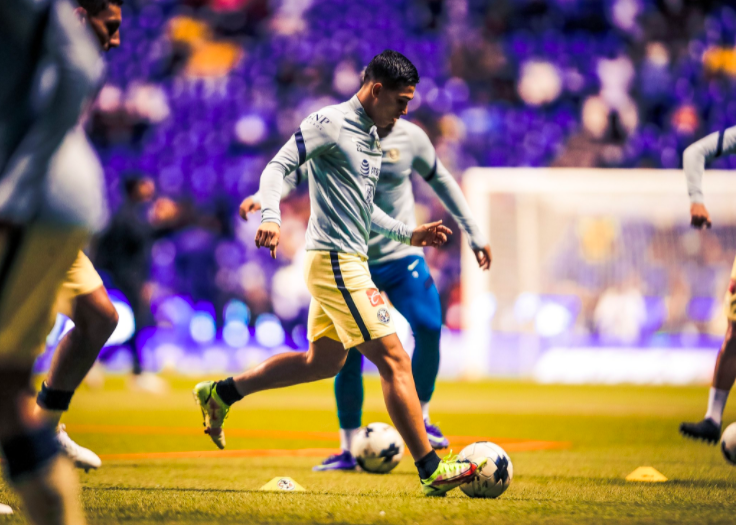 The last seven matches have been wins for América. The most recent win for Puebla was in the Clausura 2018 tournament.
9:42 PM12 days ago

On the other hand, the local team will have a full squad. Nicolás Larcamón announced that his team is at 100% and without COVID infection after the last tests carried out last Wednesday.
9:36 PM12 days ago

Solari's squad has several absentees for this match. Among them are: Bruno Valdez, Emanuel Aguilera, Federico Viñas and Fernando Madrigal, who are sidelined for testing positive for COVID, as well as Diego Valdés and Jonathan dos Santos.
9:31 PM12 days ago

With the respective sanitary measures in place, both clubs have already arrived at the Cuauhtémoc Stadium for tonight's match. 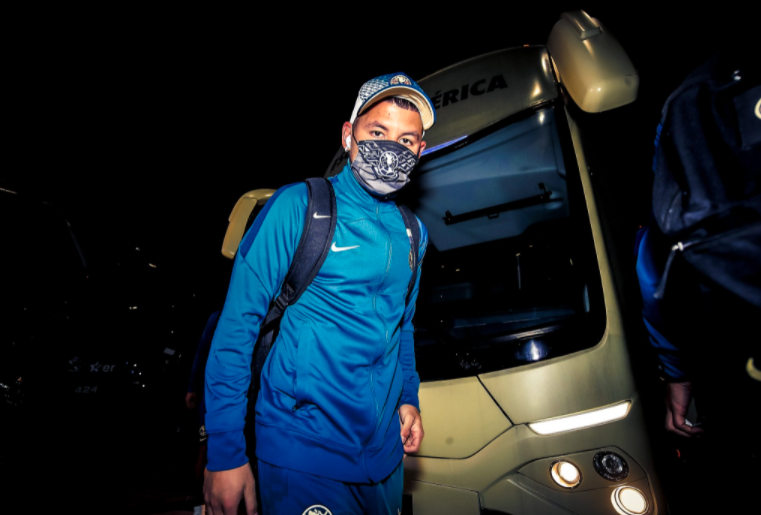 In the last 40 matches between the Aguilas and Puebla, La Franja has lost 20, that is, half of the matches played in these games. In the most recent meeting, América won by a score of 2-0.
9:21 PM12 days ago

The Cuauhtemoc Stadium is a soccer stadium located in the city of Puebla, Mexico. This stadium is the home of Club Puebla and has a capacity for a little more than 51 thousand spectators and was inaugurated in October 1968. This stadium has hosted the World Cup twice and today will host La Franja's first game this year. 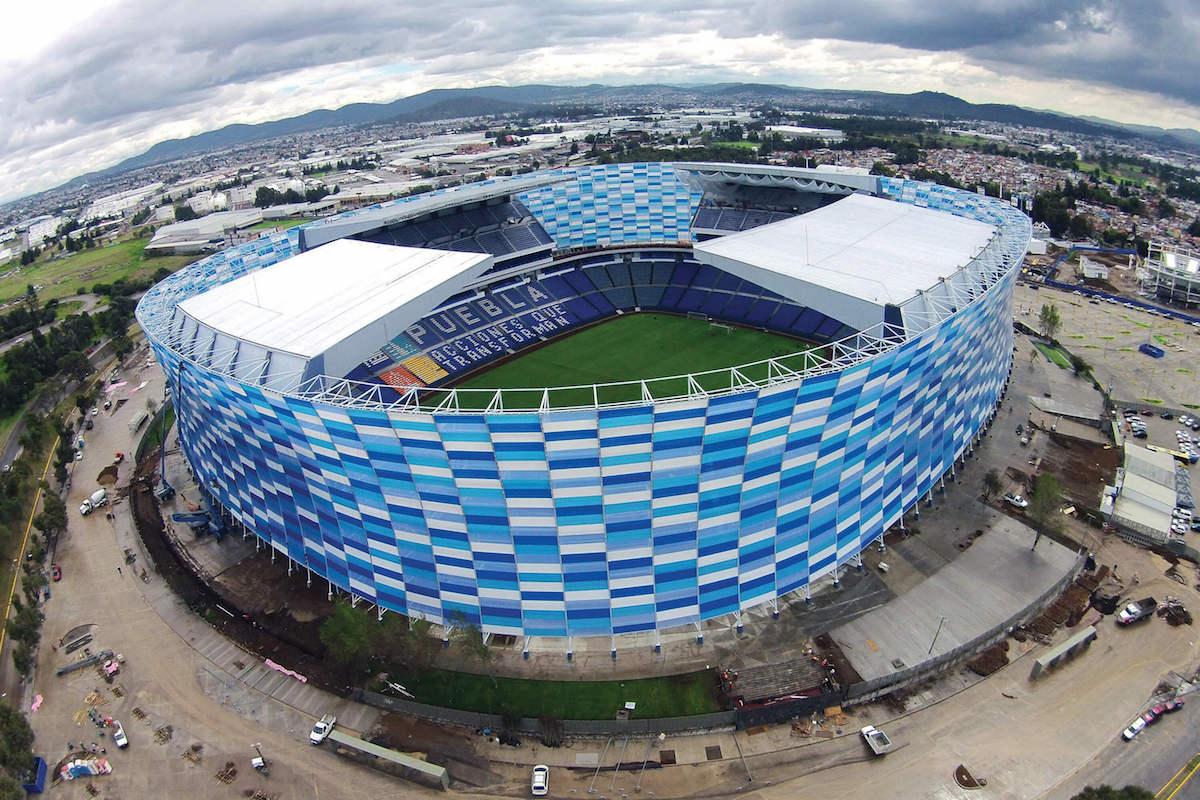 Do not miss a detail of the match Puebla - America with the live updates and commentaries of VAVEL. Follow along with us all the details, commentaries, analysis and lineups for this match.
9:06 PM12 days ago

How to watch Puebla - America Live Stream on TV and Online?

If you want to watch the game Puebla vs America live on TV, your options are: TUDN USA and Univision

Federico Mancuello | The Argentine midfielder will be spending his second season in Liga MX and arrives as a reinforcement to give more depth to Puebla's attack. Mancuello will be in charge of taking the place of Christian Tabo, who was loaned to Cruz Azul. Federico signed with La Franja for two years.
8:56 PM12 days ago

Alvaro Fidalgo | The midfielder, who came to reinforce the Águilas del América, has become an undisputed starter in Solari's approach, and his talent for assisting and moving the ball from the start is key to the Azulcrema's attacking play. 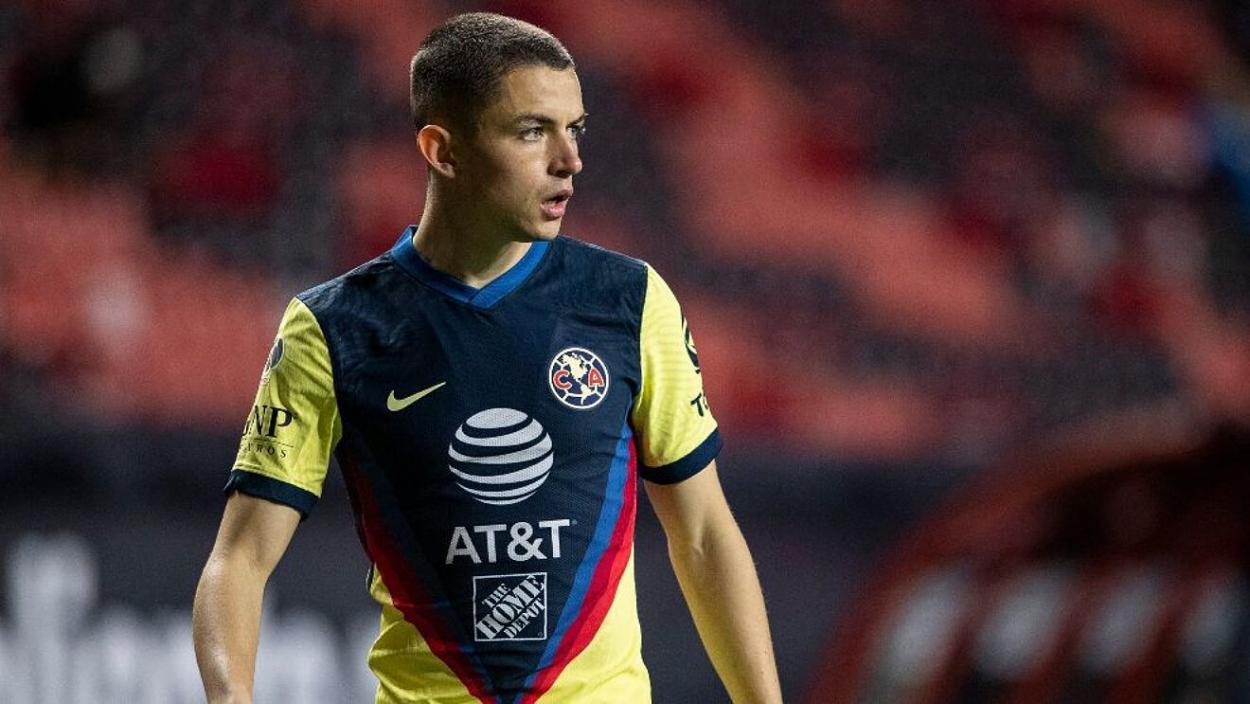 America: Start with an away win

On the other hand, the Azulcrema team, led by Santiago Solari, is coming from a bitter elimination in the Apertura 2021. After having been absolute leaders in the competition, America ended their participation in the quarterfinals after being eliminated at home by Pumas UNAM. Solari wants to repeat the leadership, but now with a rematch in the playoffs that has been pending with the fans since his arrival. The Aguilas are coming off a one-goal draw against Pachuca in their last preseason match.
8:31 PM12 days ago

The Puebla squad, coached by Nicolas Larcaman, will be looking to start the Grita Mexico C22 tournament on the right foot at home and to once again vindicate themselves after being knocked out in the quarterfinals in the last tournament when Leon beat them to reach the semifinals. La Franja entered the playoffs after beating Chivas on penalties, but in this new tournament they will have a new opportunity to go further. The poblanos are coming off a preseason victory over Cruz Azul by a score of 2-1.
8:26 PM12 days ago

The match will be played at the Stadium Cuauhtemoc

The Puebla vs America match will be played at the Cuauhtemoc Stadium, in Puebla, Mexico. The kick-off is scheduled at 10 pm ET.
8:21 PM12 days ago

Tonight, the first matchday of the Clausura 2022 will resume, with the most winning team in Liga MX visiting the Cuauhtemoc stadium. Two teams will want to start off on the right foot. On the one hand, Puebla will be looking to take advantage of their home advantage to obtain three points, while America, with a few reinforcements, will want to repeat their leadership from last year's tournament.
8:16 PM12 days ago