Thank you for following the Monterrey vs Querétaro Liga MX Date 1 telecast.
11:03 PM5 months ago

Sepúlveda saves a shot inside the six-yard box to prevent the first goal.
10:53 PM5 months ago

Monterrey wasted a counterattack with a bad shot by Aguirre.
10:43 PM5 months ago

Funes Mori's half turn is saved by Aguerre.
10:33 PM5 months ago

Gonzalez, Sepulveda and Mendoza are in.

Kranevitter and Vergara come out.

Gonzalez's free kick goes over the wall and hits the outside of the post.
10:08 PM5 months ago

Out: Janssen and Campbell

Janssen's header, which had a goal to it, was saved again by Aguerre.
9:58 PM5 months ago

Campbell's cross is headed over the goal by Janssen.
9:53 PM5 months ago

Bautista's shot was saved by Andrada and, seconds later, Meza was cautioned.
9:48 PM5 months ago

Bautista's shot was saved by Andrada and, seconds later, Meza was cautioned.
9:43 PM5 months ago

The second half begins between Monterrey and Querétaro. There are no changes.
9:38 PM5 months ago

Campbell's set-piece service is blocked by the goalkeeper.
9:28 PM5 months ago

Dangerous service inside the six-yard box, but the Queretaro defense manages to clear it.
9:18 PM5 months ago

Janssen's half-volley from outside the box is rebounded by the goalkeeper, but does not go wide.
9:13 PM5 months ago

Duván Zapata entered the area, but his attempt was not strong enough and was rejected by the defense.
9:08 PM5 months ago

The VAR changes the decision and indicates that the defender touched the ball and there is no penalty.
9:03 PM5 months ago

Janssen is pushed inside the area and the referee awards a penalty kick.
8:58 PM5 months ago

A counter-attack by the visitors that Leonardo Sequeira crosses very well.
8:48 PM5 months ago

Moreno's shot on a cross to the far post goes wide.
8:43 PM5 months ago

Strong foul on Janssen that is already sanctioned by the referee.
8:33 PM5 months ago

From just outside the box, Pablo Barrera's mid-range shot hit the defensive wall.
8:28 PM5 months ago

The match between Rayados de Monterrey and Gallos Blancos del Queretaro kicks off.
8:23 PM5 months ago

Under the Liga MX anthem, Monterrey and Querétaro take the field.
8:18 PM5 months ago

We are minutes away from kick-off at BBVA Stadium between Rayados de Monterrey and Gallos Blancos del Queretaro.
8:13 PM5 months ago

Queretaro took to the field just before the start of the Clausura 2022 season.

Both Luis Romo and Rodolfo Pizarro were confirmed this week as reinforcements for Rayados de Monterrey for the Club World Cup, however, neither of them are on the bench and their debut will have to wait several more days.
8:03 PM5 months ago

Despite being visitors in a city far from their stadium, the fans of the Querétaro Roosters are present to cheer on their team. 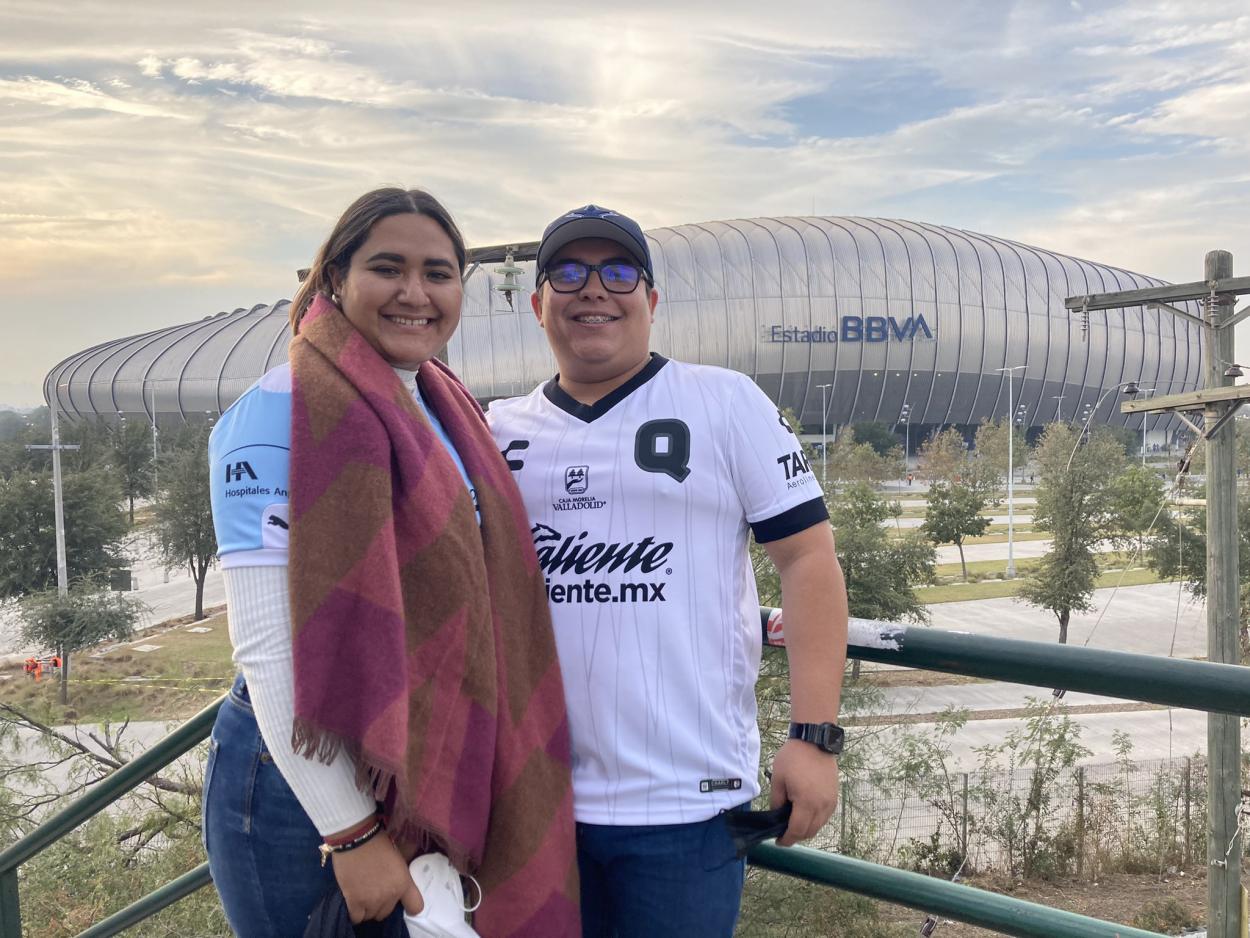 Rayados had not played at its stadium since the end of November, although it should be noted that the capacity was reduced and the announcement was only made this week due to the increase in Covid-19 infections throughout Mexico.

This morning the U-18 of these two franchises played their match with a 3-2 victory for the Rayados over the Gallos, after a spectacular second half comeback.
7:28 PM5 months ago

It should be remembered that this game was scheduled to start at 5:00 pm, however, due to the cancellation of the game between Santos and Tigres, the match was rescheduled for 7:06 pm, being one of the two games to be played this Saturday.
7:23 PM5 months ago

Rayados Monterrey make their Clausura 2022 debut in front of their home fans when they host Gallos Blancos del Querétaro in Liga MX Date 1. We begin our coverage of the game.
7:18 PM5 months ago

Do not miss a detail of the match with the live updates and commentaries of VAVEL. Follow along with us all the details, commentaries, analysis and lineups for this Rayados Monterrey vs Queretaro match for the Liga MX 2022.
7:13 PM5 months ago

What time is Monterrey vs Queretaro match for Liga MX 2022?

This is the start time of the game Monterrey vs Queretaro of 8th January in several countries:

Despite the difference in squads each season, Los Gallos have taken the measure of Los Rayados in the last five games and have the advantage of three wins to two losses, including their most recent meeting.

One of the most experienced players in the squad is Pablo Barrera, who has already played in European soccer and, although he no longer has the speed he used to have, he still has the intelligence to overflow and get precise services in.
6:58 PM5 months ago

Rogelio Funes Mori is the best scorer in the club's history and is expected to have a much better semester, especially considering that he will be active with the Mexican National Team and, in the event of qualifying for the World Cup, he could be one of the options to attend the Qatar 2022 World Cup.
6:53 PM5 months ago

The Gallos had many changes in their roster, highlighting the arrivals of goalkeeper José Antonio Rodríguez, and Francisco Figueroa and Jorge Hernández from the Tuzos del Pachuca; they got rid of elements such as Jefferson Montero, Kevin Ramírez, David Cabrera and Nicolás Sosa.
6:48 PM5 months ago

They had no significant changes, although they strengthened the midfield with the return of Rodolfo Pizarro and the incorporation of Luis Romo, although they lost an important player such as Carlos Rodríguez, who left for Cruz Azul.
6:43 PM5 months ago

The Gallos Blancos of Querétaro made changes for this championship with the aim of at least getting into the re-qualification and moving away from the relegation zone to avoid the fine, highlighting that there is a difference of only 15 points between them and the last place, FC Juárez.
6:38 PM5 months ago

Monterrey: looking for the title

Considered by some bookmakers as the main favorite to win the tournament, Rayados de Monterrey must do much better than last season, when they barely qualified through the playoffs and were eliminated in the quarterfinals by champion Atlas. They made some adjustments to the squad, which is still one of the strongest in Liga MX.
6:33 PM5 months ago

The Monterrey vs Queretaro match will be played at the BBVA Stadium, in Monterrey, Mexico. The kick-off is scheduled at 20:06 pm ET.
6:28 PM5 months ago

Welcome to VAVEL.com’s LIVE coverage of the Liga MX: Monterrey vs Queretaro!