Thanks for following this match on VAVEL USA. Until the next time!
4:36 PM19 days ago

The referee adds two more minutes to the match.
4:33 PM19 days ago

The one that Lyon was putting together with Cherki. A series of passes inside the box, but PSG blocks any chance of a shot.
4:29 PM19 days ago

POST! Mbappé's free kick ends up crashing into the corner of the left post.
4:22 PM19 days ago

Once again Cherki, who was planted in the area and shot, but his ball went wide.
4:19 PM19 days ago

Mbappé! Icardi was alone in the box, but Kylian chose to take a shot that went just wide of the target.
4:15 PM19 days ago

PSG: Herrera is replaced by Michut

KEYLOR! Dembelé entered alone in the area and takes a shot that Navas saves. On the rebound, Lyon tried again but the defense blocks the shot and prevents the second goal.
3:57 PM19 days ago

A new PSG arrival with a cross from Wignaldum that Icardi connects with, but it goes over the crossbar.
3:55 PM19 days ago

ALMOST AN AUTOGOAL! Cross into the box looking for Mbappé, he connects with the ball that takes a bounce off the defender and it's almost an own goal.
3:10 PM19 days ago

MARQUINHOS! The Brazilian came close to scoring a goal after a shot from outside the box that Lopes deflected for a corner kick.
3:07 PM19 days ago

Paredes' shot is well saved by Lopes. PSG continues to try to equalize.
3:02 PM19 days ago

In the first fifteen minutes of the match, PSG were unable to penetrate the home defense and tie the match.
2:58 PM19 days ago

HERRERA! Ander gets a first-time left-footed shot where the goalkeeper deflects to avoid the first goal.
2:51 PM19 days ago 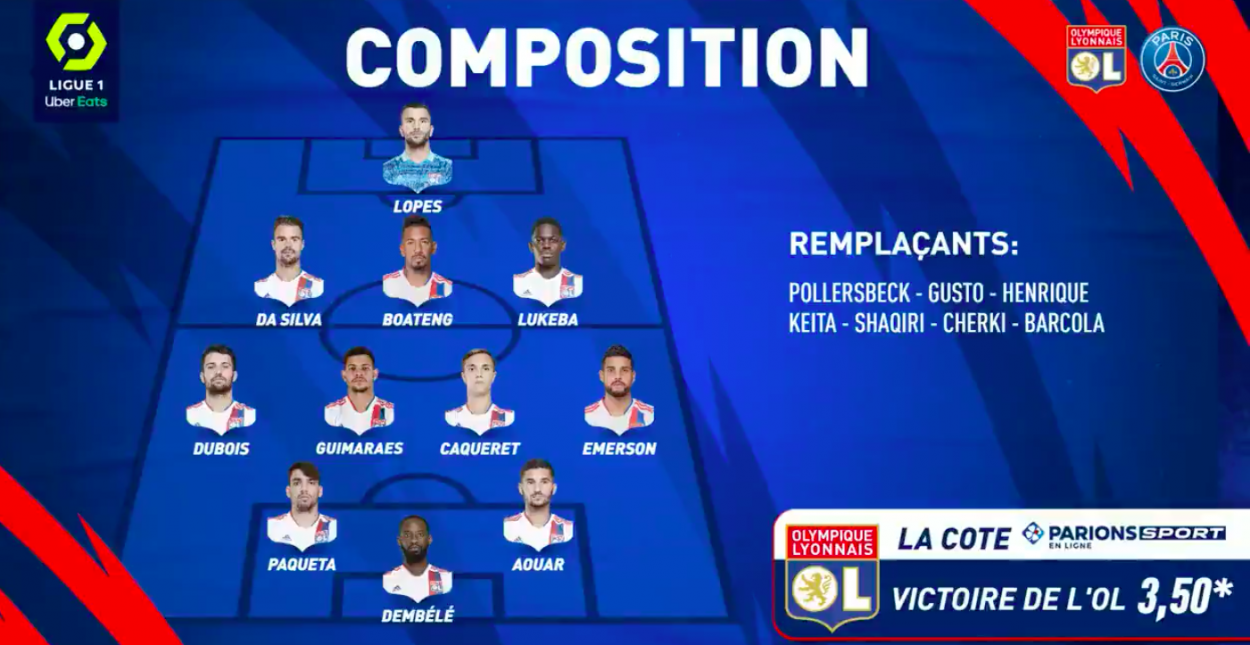 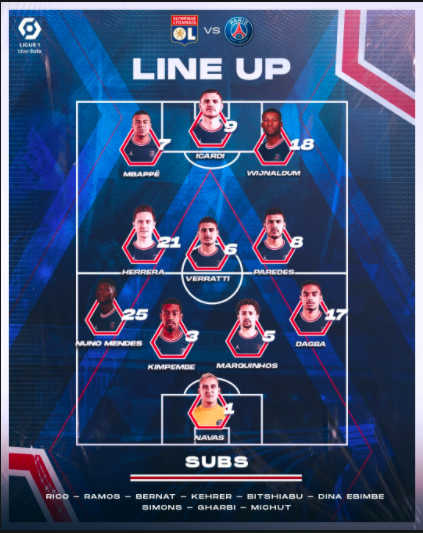 For Lyon, the list of absentees is also long and includes Islam Slimani, Karl Toko Ekambi and Tino Kadewere, who are absent due to the Africa Cup of Nations. Among the injured are: Jason Denayer, Sinaly Diomandé, Jeff Reine-Adélaïde and Thiago Mendes.
2:18 PM19 days ago

Both Lyon and PSG are already on the pitch at the Parc OL stadium doing warm-up exercises ahead of the match that is minutes away from kick-off. 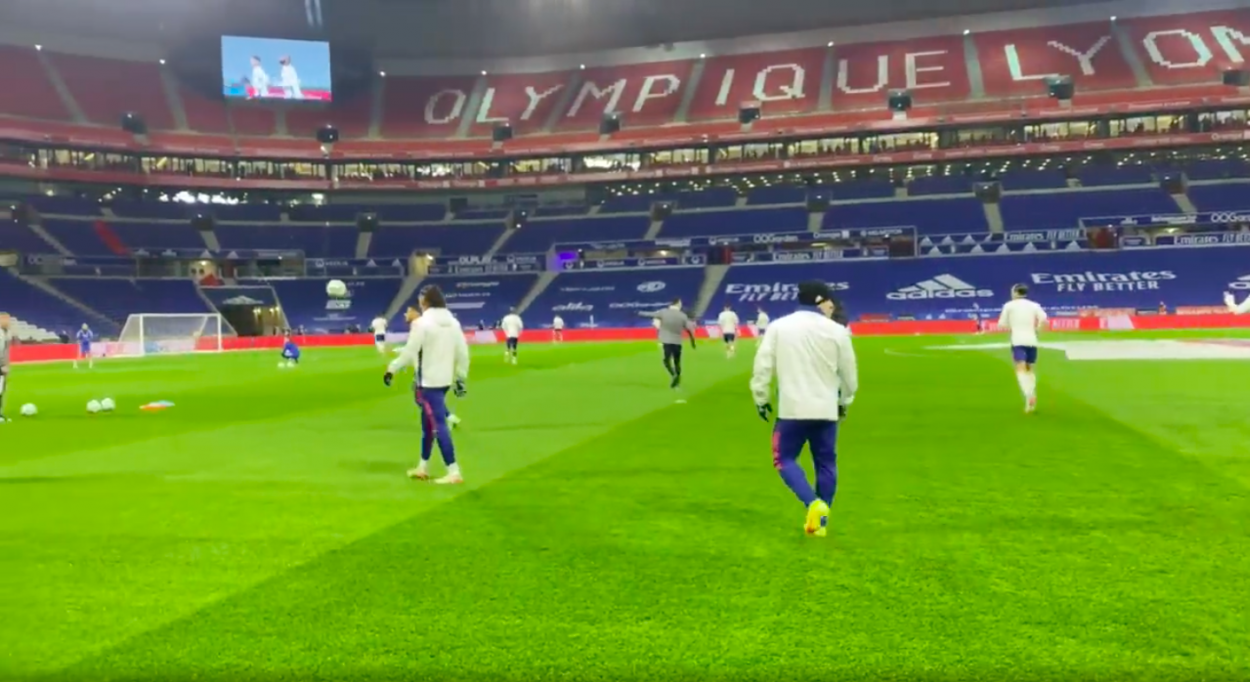 Pochettino will have several absentees for this match against Lyon, where Lionel Messi will be absent due to COVID-19. In addition to him, other players such as: Angel di Maria, Julian Draxler, Danilo Pereira, Layvin Kurzawa, Gianluigi Donnarumma, Alexandre Letellier and Neymar Jr will also be absent, making eight players in total.
2:06 PM19 days ago

With the respective sanitary measures in place, both clubs have arrived at the Parc OL stadium for this afternoon's match between Lyon and PSG. 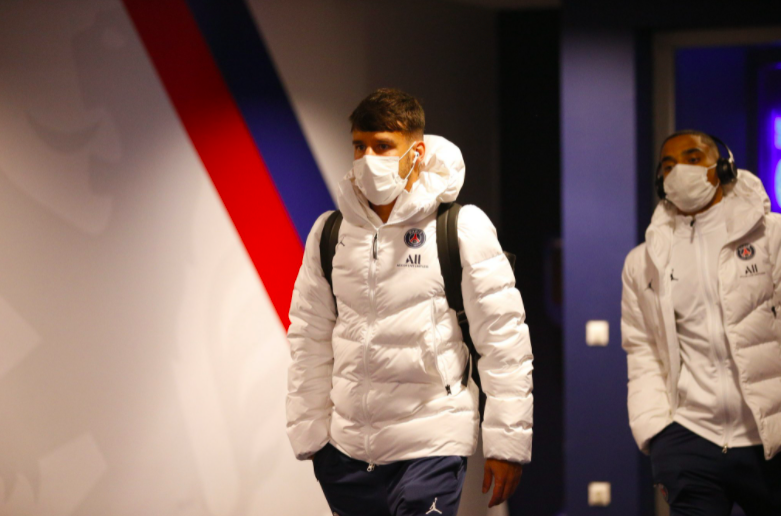 The head-to-head record between Lyon and PSG is 49 official matches and the scales are tipped in favor of the Parisians with a record of 18 wins to Lyon's 13 victories and 18 draws. In the last five matches, Paris Saint-Germain have won, most recently in September last year by a score of 2-1.
1:54 PM19 days ago

The venue for this match between Lyon and PSG will be the Parc Olympique Lyonnais, the stadium that hosts the lions' matches. It is located in Décines-Charpieu, near the city of Lyon, France, which has a capacity of just over 59 thousand spectators. 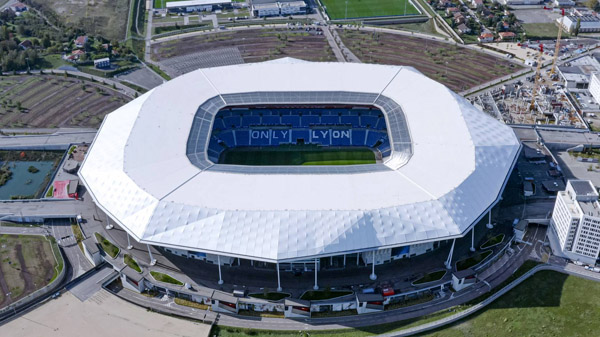 We are about to start the match between Lyon and PSG at the Parc Olympique Lyonnais Stadium where the Parisians want to continue increasing their lead over the second place, while the lions want to get out of the middle of the table to be able to aspire to European competitions. Will they be able to take advantage of their home ground or will PSG do the same to get three points? Don't miss our coverage on VAVEL USA.
11:10 AM20 days ago

Do not miss a detail of the match Lyon - PSG with the live updates and commentaries of VAVEL. Follow along with us all the details, commentaries, analysis and lineups for this match.
11:05 AM20 days ago

How to watch Lyon - PSG Live Stream on TV and Online?

If you want to watch the game Lyon vs PSG live on TV, your options are: beIN sports

If you want to directly stream it: beIN sports App

Houssem Aouar | This French striker is a quite remarkable youth player for Lyon. He stands out for being fast and for possessing a great talent to get away from defenders. Aouar has three goals and two assists and is the outstanding player and scorer of this season for OL. 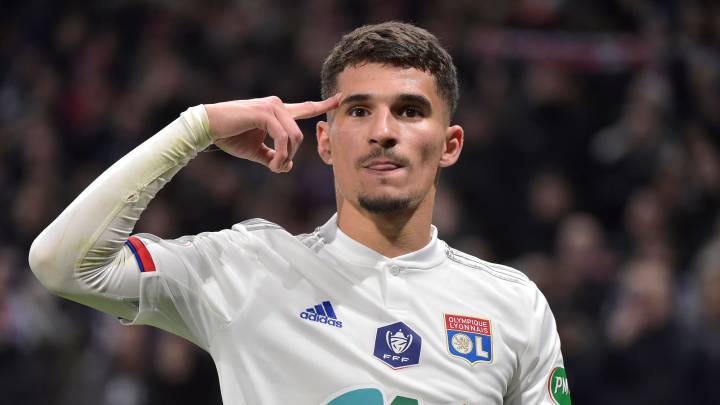 Kylian Mbappé | With Messi or without Messi, Kylian will always be one of the players to watch and, given the seven absentees that PSG has for this match, the French player will once again have the task of leading his team's offense with his talent and ability to go forward. This season he has accumulated 9 goals and 8 assists. 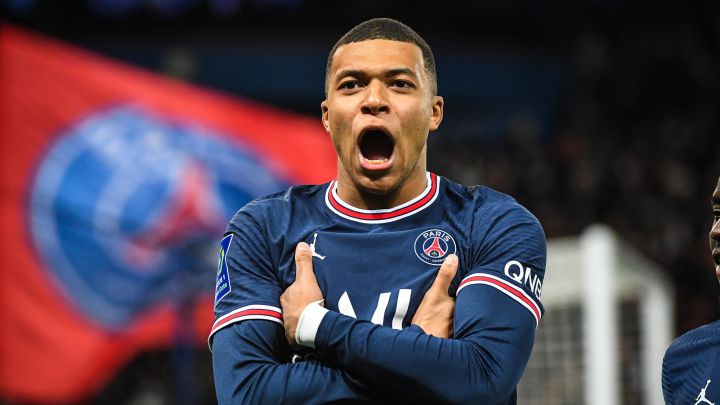 On the other hand, Mauricio Pochettino's PSG is still firmly at the top of the Ligue 1 table with 46 points (10 more than the second place) after 14 wins, 4 draws and only one defeat this season. The title contenders have not lost since August last year, so this match could become their 15th victory, but it will not be easy being away and in the absence of Messi. Paris Saint-Germain is coming from a 4-0 win in the Coupe de France against Vannes to reach the round of 16 of the French Cup. 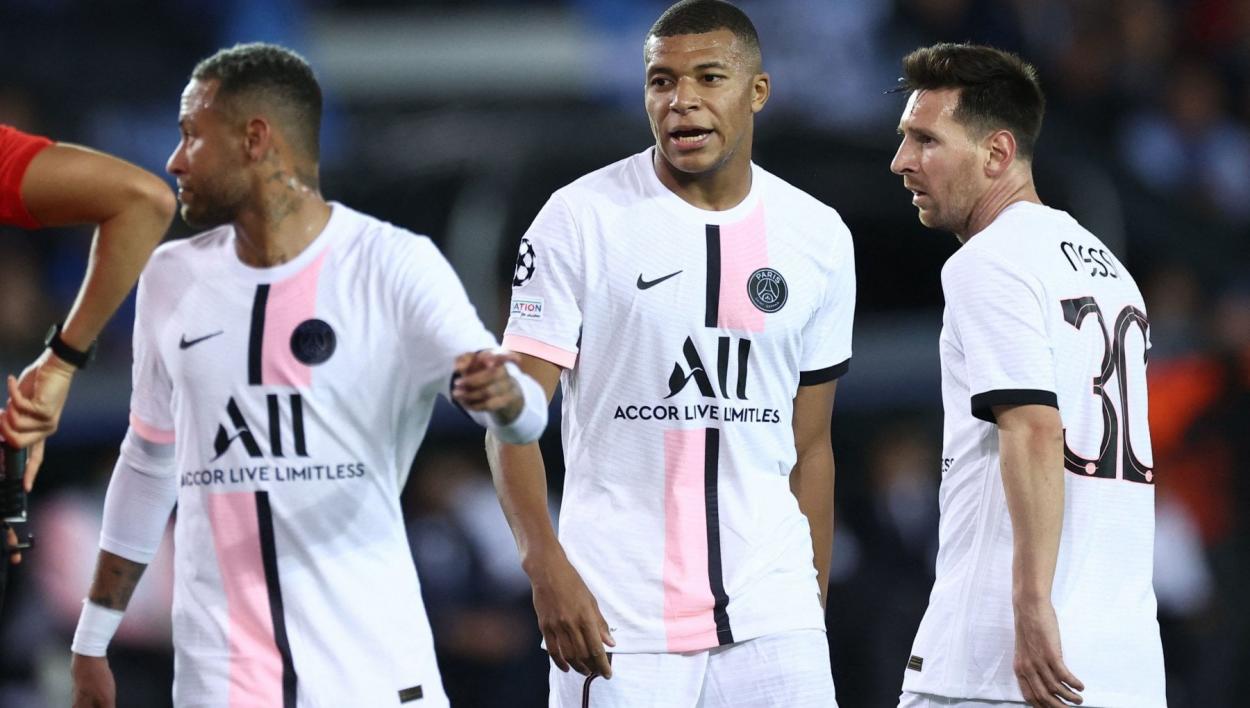 The Lyon squad, coached by Peter Bosz, is stuck in a draw streak and Lyon has failed to beat its opponents in five matches. The last time they did so was away to Montpellier, and since then, OL have drawn five consecutive matches. Their most recent draw was against Metz at home with a 1-1 score. The lions are in 13th place in the overall standings with 24 points from six wins, seven draws and five defeats. 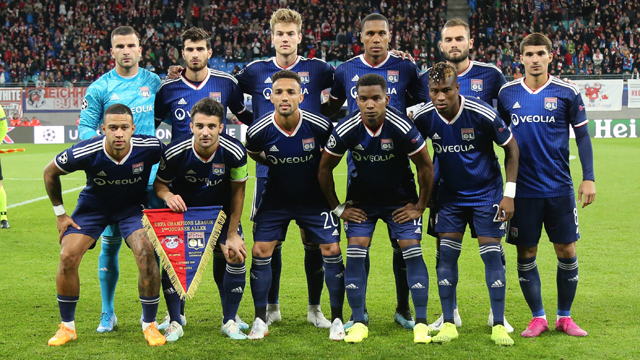 The match will be played at the StadiumParc Olympique Lyonnais

The Lyon vs PSG match will be played at the Parc Olympique Lyonnais Stadium, in Lyon, France. The kick-off is scheduled at 2:245 pm ET.
10:20 AM20 days ago

The 20th matchday of the Ligue 1 ends this afternoon in the city of Lyon with a very attractive clash between two teams living very different realities. On the one hand, PSG is at the top of its league while Olympique Lyon is stagnating in the middle of the table.
10:15 AM20 days ago