We hope you enjoyed the Chivas vs Mazatlan Liga MX telecast. Keep checking back on VAVEL.COM for updates throughout the day.
9:57 PM4 months ago

Chivas takes three important points and is now in first place on goal difference, in a match with little performance, showing the emotional impact of the penalty kick, which Chivas took advantage of.
9:52 PM4 months ago

3 minutes of stoppage time are added.
9:47 PM4 months ago

Mazatlan begins to accept defeat, letting the red-and-whites play the ball in their area without attacking.
9:37 PM4 months ago

Double substitution for Chivas, Alexis Vega and Isaac Brizuela come off and Jesús Ricardo Angulo and Pavel Pérez come on.
First yellow for the red-and-whites, Jesús Sánchez García is booked.
9:27 PM4 months ago

Chivas keeps the ball in their own area, where the only chances they have are mistakes by their opponents.
9:22 PM4 months ago

Second yellow of the match for Mazatlán's Roberto Meraz.
9:17 PM4 months ago

Mazatlan begins to look more dangerous with a Chivas team that is settling for the 3 goals.
9:12 PM4 months ago

First substitution of the match and for the Red and Whites, César Huerta comes off and Fernando Beltrán Cruz enters.
9:02 PM4 months ago

Dangerous free kick in favor of Mazatlan, where Benedetti has started to make his presence felt.
8:57 PM4 months ago

Guadalajara have started this second half in a calmer fashion, retreating back into their area.
8:52 PM4 months ago

GOOOOL! from Chivas, Alexis Vega's free kick surprised Vikonis to make it 3-0, the red-and-whites were able to take advantage of the first goal.
This is how the first half ends.
8:42 PM4 months ago

GOOOOL! for Chivas, they regain their confidence and Eduardo Torres hits the ball with three fingers and surprises with a little hat trick.
8:32 PM4 months ago

Four minutes of stoppage time are added.
8:27 PM4 months ago

GOOOOL! by Chivas, Ángel Zaldívar scores from the penalty spot after a foul by Néstor Vidrio. Guadalajara's insistence finally paid off.
8:22 PM4 months ago

Possible penalty kick for Chivas after a foul by Néstor Vidrio.
8:17 PM4 months ago

The pace of the game has slowed down, with the home side finding a way into the visitors' box.
8:12 PM4 months ago

The Red and Whites are still unable to finish their plays against the Gunners, who are beginning to have more possession of the ball and are starting to be more dangerous.
8:07 PM4 months ago

Guadalajara continues to insist on opening the scoreboard, arriving more on the right flank, but Vikonis is fundamental to keep the goal closed.
7:57 PM4 months ago

Iván Moreno misses a shot that ends up just outside the area, Mazatlán, in the few chances they have, are generating danger.
7:52 PM4 months ago

Foul for Chivas, dangerous free kick that Alexis Vega sent to the cross and no one was able to get a shot off.
7:47 PM4 months ago

The Cannon defense and Nicolás Vikonis have been an essential part of keeping a clean sheet, as Chivas has been very consistent in the opponent's area.
7:42 PM4 months ago

Chivas started by attacking the Gunners' area, with good ball handling, but without managing to create any danger.
7:37 PM4 months ago

The match is ready, Chivas is looking for the three points to start at the top of the table, where a regular attendance is expected at the Akron Stadium.
7:32 PM4 months ago

Both teams take the field for the start of this Liga MX match at the Akron stadium, Chivas returns after 50 days.
7:27 PM4 months ago

This is the starting XI with which Mazatlan will look to start off on the right foot as visitors and move away from the percentage.
7:22 PM4 months ago

The starting XI of Chivas

This is the starting XI with which Chivas will look to start the Clausura 2022 tournament on the right foot against Mazatlan at the Akron stadium.

The Guadalajara team wants to turn the Akron Stadium into their 'Fortress'. Jesús Angulo is convinced that they must thrill the fans and is confident that they will do so in this tournament.

"My teammates and I are thinking the same way, we know that last tournament we struggled a bit and we want to reverse that situation. Now we come with a new mentality of wanting to do things well and I am sure we are going to get good results," he told RÉCORD.

After it became known that Fernando Beltrán tested positive for Covid-19, the red and white team announced that he underwent a new PCR test, which was negative.

"On the other hand, Fernando Beltrán, who was one of the positive cases detected in previous days, has already tested negative in his PCR test, so he can return to work according to the Liga MX health protocol," added Chivas.

Covid-19 was present again in Guadalajara's facilities, now they report that Hiram Mier has been infected and will be out for the start.

"The Sports Science Department of Chivas informs that according to internal protocols, constant monitoring continues in order to detect covid infections in time, and try to avoid putting more people at risk", Chivas communicated.

There is a sector of the fans that called for a protest tonight in the stands of the Akron Stadium against the president and sporting director of the institution, Amaury Vergara.

"Enough of mediocrity, deceit and mockery of the fans. Let's make ourselves felt, if you go to the stadium let's shout "Amaury out" at minute 12' so that it comes out in the broadcast...", reads part of the message circulating on social networks.

The Guadalajara teams with their basic forces met expectations, as in the first match of the Clausura 2022 tournament, the U-18 and U-20 categories won against Mazatlán.
6:52 PM4 months ago

After the start of this new season, the fans are complaining about the signings that have arrived at the club, with fewer and fewer arriving, this time only Roberto Alvarado from Cruz Azul arrived for the first team.
6:47 PM4 months ago

Mazatlan is looking for a win and as many points as possible to save itself in the quotient table, as the last three places will pay a financial penalty, where the canyoners are in 13th place out of 18.
6:42 PM4 months ago

Mazatlán announced the list of players that will be present against Chivas for matchday 1, where the new reinforcement of Nicolas Benedetti from América, who has stood out in the preparation matches, stands out.
6:37 PM4 months ago

Liga MX announced that the Chivas stadium will allow a maximum capacity of 60 percent for Day 1 of the Clausura 2022 Tournament.

"LIGA BBVA MX developed and coordinated the safety and health board for the match corresponding to the Day 1 match of the #GritaMéxicoC22 Tournament between Clubs Guadalajara and Mazatlán, which will take place on Sunday, January 9 at 6:00 p.m. at Estadio Akron.

In a few moments we will share with you the starting lineups for Chivas vs Mazatlan live on Liga MX, as well as the latest information from the Akron Stadium. Keep an eye on the match with VAVEL's minute-by-minute live online coverage.
6:27 PM4 months ago

What time is Chivas vs Mazatlán match for Liga MX?

This is the start time of the game Chivas vs Mazatlán of 09nt January in several countries:

Where and how to watch Chivas vs Mazatlan live

The match will be broadcast on Afizzionados channels.

Chivas vs Mazatlan can be tuned in from Blim's live stream.

In Mazatlán's short existence, the red-and-whites have played against the cañoneros on three occasions, leaving the scales on the side of Los Tapatíos, with two wins and a draw.

Leaño's team finished in 10th place in the overall standings with 22 points, reaching the playoffs, but were eliminated after a dramatic penalty shootout against Puebla at the Cuauhtémoc stadium.
6:02 PM4 months ago

How Mazatlán closed the tournament

The cañoneros closed the Apertura in thirteenth place with 20 points, out of the playoffs on goal difference, being surpassed by Atlético San Luis who had a -4.
5:57 PM4 months ago

After his time in MLS, the Mexican defender returns to Mexican football, but not with the red and white colors, but with the purple and black of Mazatlan, who no longer entered in the plans of the Mexican team and they looked for a place for him in another team, but without announcing the details of the transfer.
5:52 PM4 months ago

A few days before the start of the league, the canyon team announced that after some tests, 2 positive cases of Covid-19 were found.

"As part of the protocols established by Liga MX and the health authorities for a safe Clausura 2022 tournament, we carried out COVID-19 detection tests on players, coaching staff and staff of our first team, prior to the game we will play on Sunday, January 9, 2022 against Chivas.

"As a result, two positive cases were found, and they are already isolated and under the protocols established by the club's medical area".

Watch out for this Mazatlan player

After the recent incorporation of Nicolás Benedetti to the Mazatlán team, the Spanish coach highlighted the qualities of the new "10". 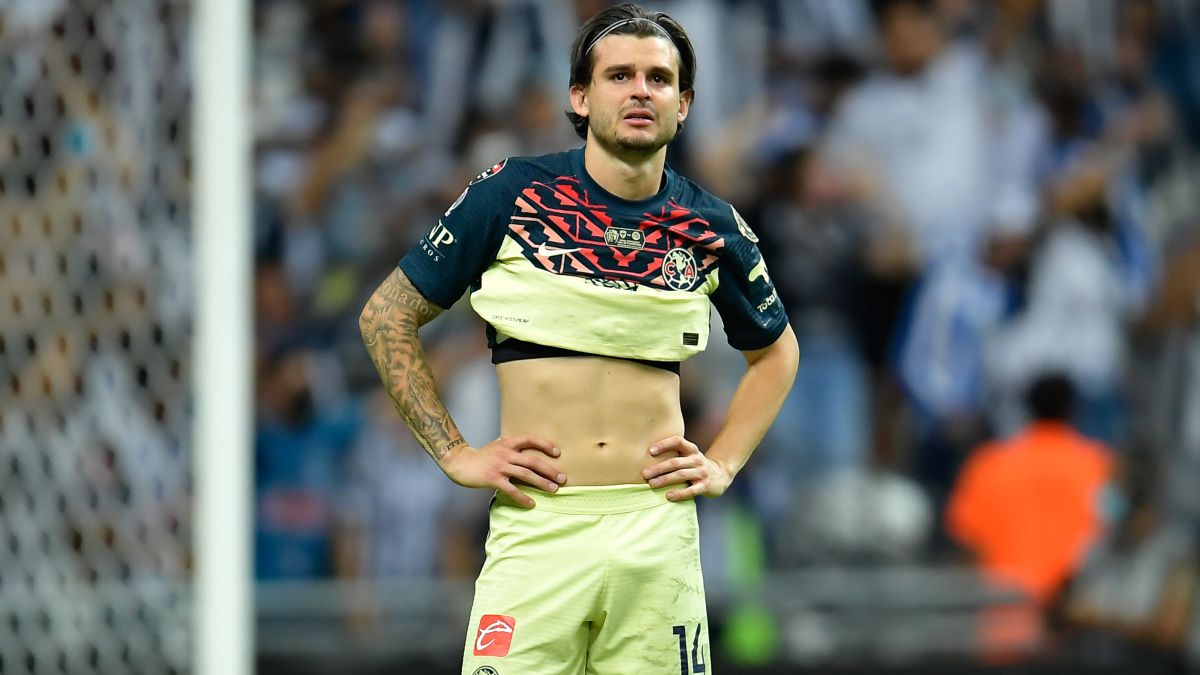 Alexis Vega is one of the most important strikers for the red and white team at the moment, despite not signing his renewal, his coach has full confidence in him. 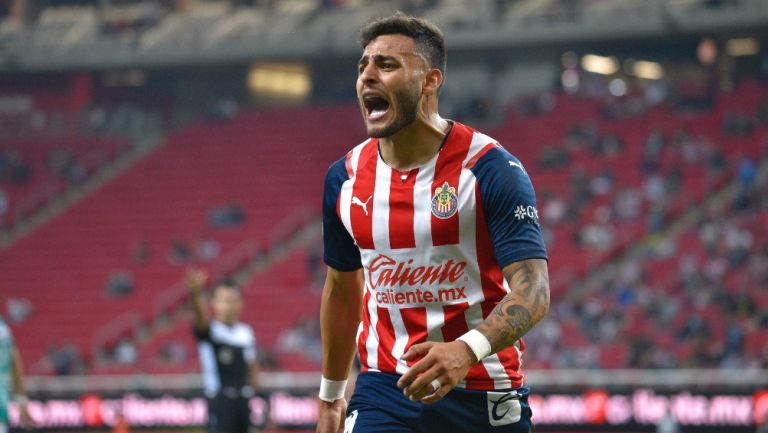 3 contagions in the herd

After the recent Covid-19 tests, the team stated that they had 3 contagions, but without giving details of who they were, but journalist Natalia León reports that Fernando Beltrán, Luis Olivas and reinforcement Roberto Alvarado are the ones who showed symptoms.
5:32 PM4 months ago

Following Uriel Antuna's recent statements and his departure from Chivas, Miguel Ponce responded, mentioning that he does not have to stand behind him.

"In this institution there is no more room for players who lack commitment. I don't have to be behind him (Antuna) telling him what to do," stated the defender during an interview with Fox Sports.

After the preseason, Leaño's team will return to the Akron stadium, where they last won against Toluca in matchday 13 with a 2-0 score.
5:22 PM4 months ago

Good afternoon to all VAVEL readers! Welcome to the live broadcast of the Liga MX match Chivas vs Mazatlán. The match will take place at the Akron Stadium at 18:00.