The match ends, Chelsea defeats Tottenham 1-0 and qualifies for the final of the Carabao Cup tournament.
4:36 PM7 days ago

5 minutes remain in the match and the intensity of the game drops.
4:24 PM7 days ago

Last minutes of the match, Tottenham is leaving the tournament, Chelsea keeps possession of the ball in a great match of the blues.
4:18 PM7 days ago

Tottenham tightens in these minutes of the second half
4:13 PM7 days ago

Chelsea generates plays on the flanks and is close to the second goal.
4:08 PM7 days ago

Tottenham goal that ends up being disallowed by the referee.
4:03 PM7 days ago

Tottenham begin to fall into despair as a result of Chelsea's good play.
3:52 PM7 days ago

Chelsea are holding on to possession in these opening minutes of the second half.
3:48 PM7 days ago

The referee reviews a possible penalty in Tottenham's favor.
3:26 PM7 days ago

Last minutes of the first half, Chelsea control the game, despite Tottenham's constant pressure.
3:21 PM7 days ago

The intensity of the match drops a little, the Blues control the match with a lot of touch.
3:15 PM7 days ago

Chelsea is not stopping attacking and looks very dangerous in these minutes, they are looking for the 2nd goal to settle the series.
3:11 PM7 days ago

The match was very intense, with both teams fighting hard for the ball.
3:07 PM7 days ago

Corner kick for Tottenham who enter in desperation for not generating danger.
3:03 PM7 days ago

Goooooooooooool for Chelsea, from a corner kick Rudiger makes it 1-0 and on aggregate they win it (3-0) making things very difficult for Spurs.
3:02 PM7 days ago

Corner kick for Chelsea who continue the pressure in Tottenham's area.
2:58 PM7 days ago

Tottenham continues to insist on going for the first goal, but they lack clarity when it comes to getting to the final area.
2:54 PM7 days ago

Timo Werner came close to opening the scoring with a lobbed shot that flew just wide of the Spurs goal.
2:51 PM7 days ago

Tottenham gradually gained possession and attacked dangerously, looking to get into the lead quickly.
2:47 PM7 days ago

Chelsea gain possession of the ball in these opening minutes, looking to make Spurs desperate as they have the disadvantage on aggregate.
2:45 PM7 days ago

Tottenham and Chelsea face each other in the second leg of the Carabao Cup semifinals, with a 2-0 aggregate score in favor of the Blues.
2:40 PM7 days ago

Everything is ready on the Tottenham pitch with 5 minutes to go before kick-off, the teams are in the tunnel about to take the field.
2:37 PM7 days ago

Both teams are warming up on the Tottenham Hotspur pitch 20 minutes before kick-off.
2:27 PM7 days ago

This match will see Tomas Tuchel on Chelsea's side and Antonio Conte on Tottenham's side, two very experienced coaches in these high-pressure, high-intensity matches.
2:22 PM7 days ago

The Tottenham Hotspur Stadium is slowly starting to fill up for kick-off, where there are more Spurs fans, but several Chelsea fans made the trip to support their team in the second leg of the Carabao Cup semi-final.
2:17 PM7 days ago

This will be the Blues' lineup to face Tottenham: 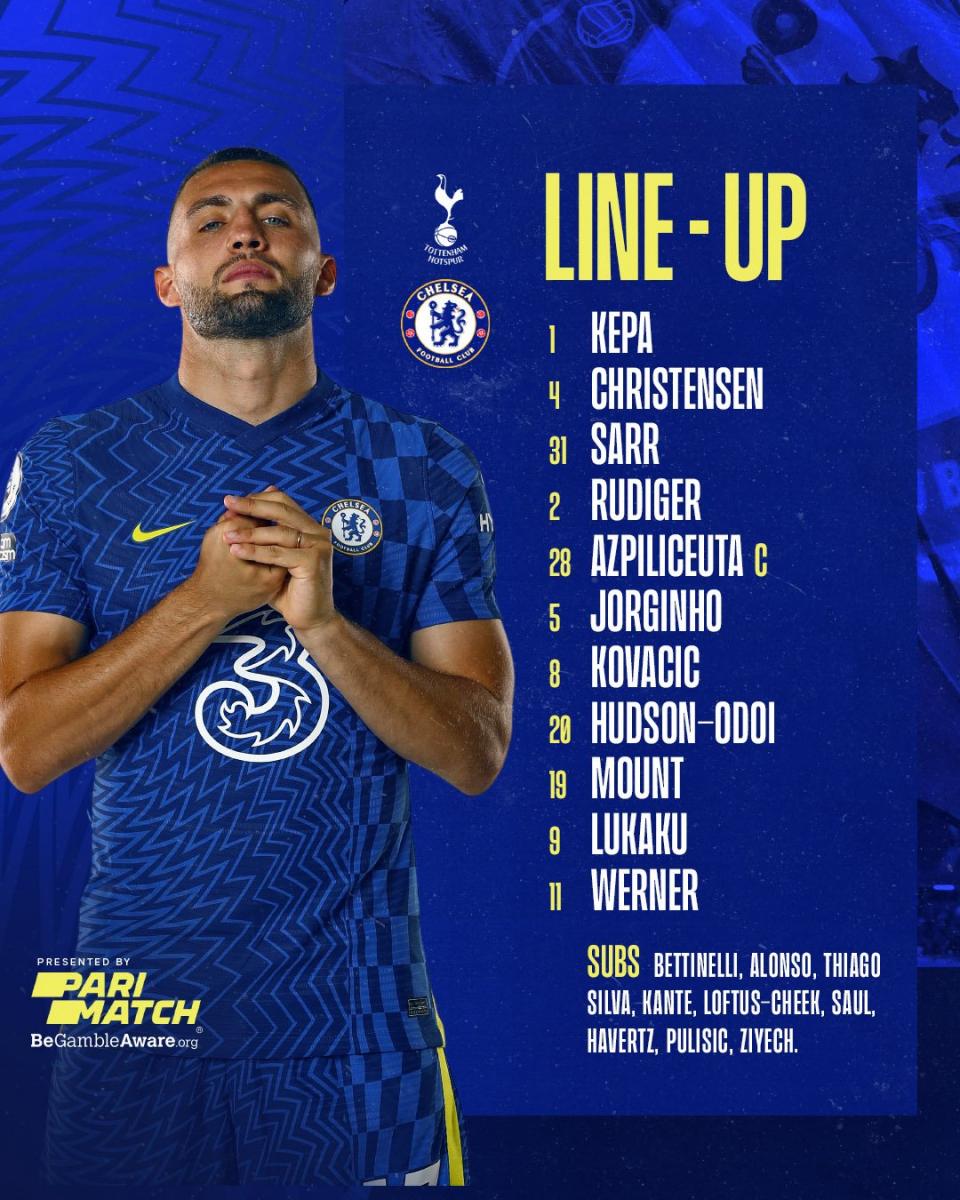 This will be the lineup with which Tottenham will take the field: 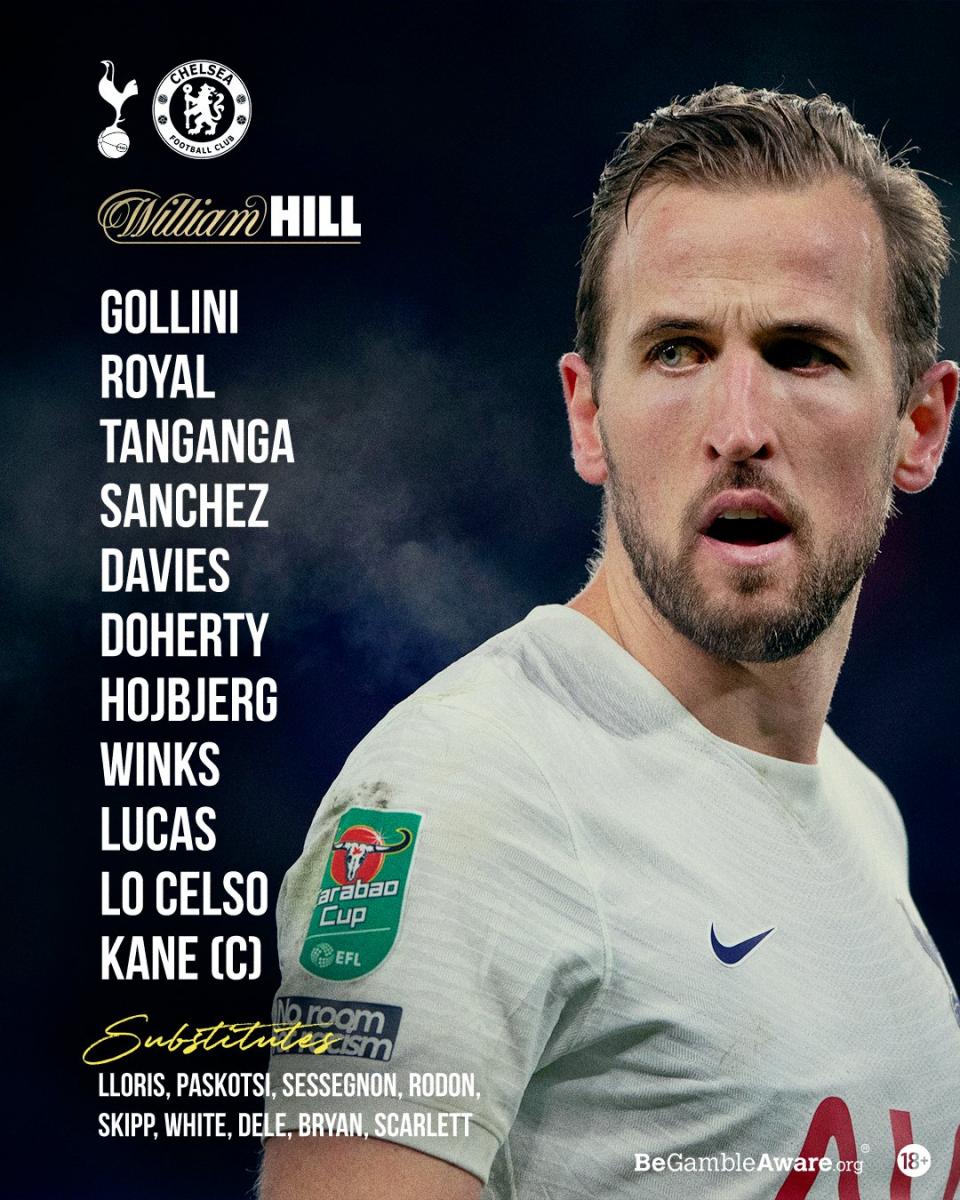 In the first leg semifinal, Chelsea defeated Tottenham 2 goals to 0 in a match of great intensity, but thanks to goals from Kai Havertz in the 5th minute and Ben Davies' own goal in the 34th minute, the Blues managed to take a big advantage to the second leg, where we will see a more dangerous Tottenham with the intention of turning the aggregate score around.
1:57 PM7 days ago

The referee in charge of the match between Tottenham and Chelsea will be Andre Marriner.
1:47 PM7 days ago

The record leans towards the Blues, as they have 7 wins, 2 draws and 1 defeat, the last match where both teams met, Chelsea defeated Tottenham 2-0 in the first leg of the Carabao Cup semifinal.
1:42 PM7 days ago

In a few moments we will share with you the starting lineups for Tottenham vs Chelsea live, as well as the latest information on the match, from Tottenham Hotspur Stadium, stay tuned.

Keep an eye on the action with VAVEL's minute-by-minute live online coverage.

Where and how to watch Tottenham vs Chelsea online and live.

The match will be televised on SKY and Sky hd
Tottenham vs Chelsea can be tuned in live from the Blue to Go App.

Center forward born in Belgium, with 28 years old is a lethal player in the area, measures 1.91 and weighs 103kg, in the Premier League has 13 games played and 5 goals scored, in Champions League has 4 games and 2 goals, a very complete player, with a powerful punch from short and long distance, and an undisputed starter for Chelsea, and will seek to be determinant in the semifinals when facing Tottenham.

French goalkeeper of 35 years of age, he has been a World Cup player and with a height of 1.88 is one of the safest goalkeepers, in the current Carabao Cup tournament, he has only conceded 3 goals, and in the Premier League in 18 games he has 20 goals allowed, and will look to be decisive in the semifinals against Chelsea.

This is the last lineup with which the Blues took the field: 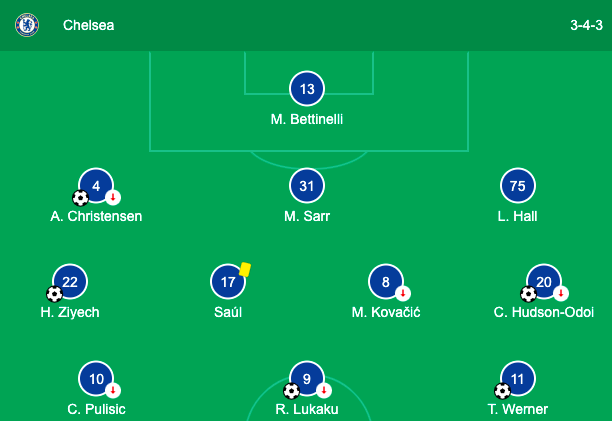 This is Tottenham's latest lineup: 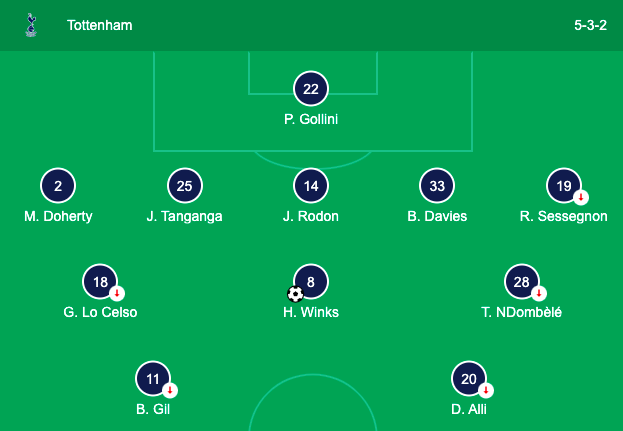 Located in London, England, it has a capacity for 62,850 spectators and was inaugurated on April 3, 2019, one of the most beautiful stadiums in England, it will be the stage where both teams will face each other in the semifinal of the Carabao Cup tournament. 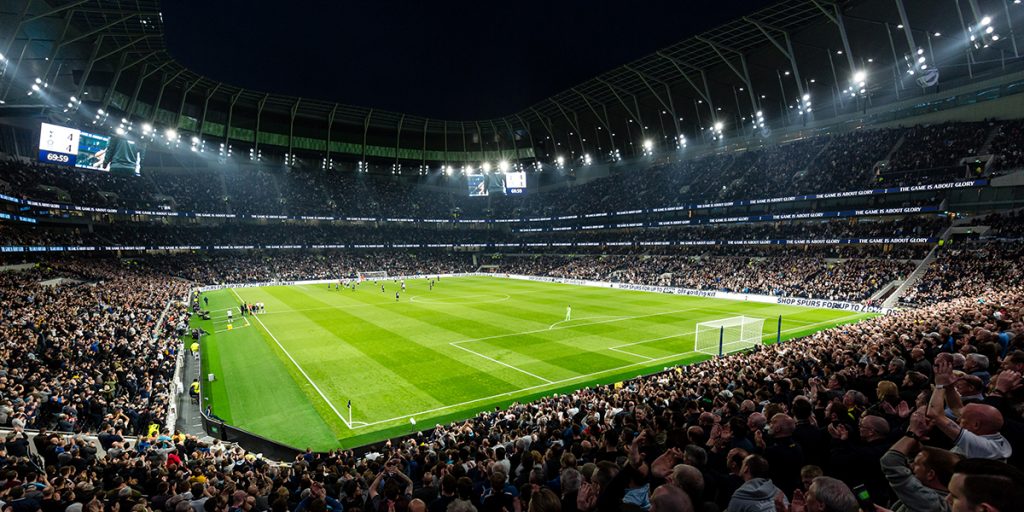 Two of the most important teams in the Premier League, Tottenham and Chelsea will face each other in the semifinal of the Carabao Cup tournament, it will be a very close match where many goals are predicted, players like Harry Kane and Heung-Min Son on the Spurs side and Romero Lukaku and Christian Pulisic on the Chelsea side will face each other, no doubt a match that will bring out all the talent of both teams.
1:02 PM7 days ago

Welcome to the live broadcast of the Tottenham vs Chelsea match, corresponding to the Semifinal of the Carabao Cup tournament. The match will take place at Tottenham Hotspur Stadium at 13:45.