It's all over! The match ends and Fiorentina wins categorically over Napoli
2:41 PM14 days ago

Goal, goal, goal for Fiorentina! Malen pops up and the fifth for the visitors.
2:33 PM14 days ago

Goal, goal, goal for Fiorentina! Piatek manages to finish and increases the lead.
2:28 PM14 days ago

The action restarts for the last overtime.
2:28 PM14 days ago

First extra time is over, Fiorentina is already winning
2:23 PM14 days ago

Goal, goal, goal for Fiorentina! Venuti pops up inside the box to put the visitors in front.
2:22 PM14 days ago

Fiorentina are on top of Napoli's goal, they are looking for the advantage.
2:15 PM14 days ago

It's over! The match ended in a tie and will be settled in overtime.
1:59 PM14 days ago

Goal, goal, goal for Napoli! Petagna strikes inside the box with a minute to go to tie the match.
1:58 PM14 days ago

He's leaving! Fabian ends up leaving his team with 9 after stopping Fiorentina's dangerous play and receiving a second yellow.
1:56 PM14 days ago

Close! Petagna sends a shot, but the ball ends up being deflected.
1:55 PM14 days ago

Napoli tries to generate danger, but Fiorentina is closed at the back.
1:48 PM14 days ago

He's leaving! Hirving Lozano is sent off after a hard stomp.

VAR! The referee will review a Lozano stomp on Gonzalez.
1:44 PM14 days ago

Close! Lozano's shot, the ball hit the post, but no one arrived to counter-attack.
1:40 PM14 days ago

Lozano's cross, but the defense ends up clearing the ball away.
1:34 PM14 days ago

Close! Fiorentina came close to extending the lead, but the shot went just wide of the goal.
1:28 PM14 days ago

Napoli double substitution. Hirving Lozando and Fabian come on for Politano and Demme.
1:27 PM14 days ago

Dangerous cross that Meret fists away from the ball.
1:22 PM14 days ago

Goal, goal, goal for Fiorentina! A shot that crashes into the wall, then Biraghi appears and sends the ball into the back of the net to put the visitors ahead.
1:19 PM14 days ago

Uff! The ball is bouncing, but Terracciano ends up rejecting the ball.
1:12 PM14 days ago

Fiorentina substitution. Terracciano, the second goalkeeper, is replaced by Duncan.
12:51 PM14 days ago

Goal, goal, goal for Napoli! Just two minutes to tie the match, great play by Petagna, Mertens receives the ball inside the box and fires a shot to level the score.
12:43 PM14 days ago

Goal, goal, goal for Fiorentina! Vlahovic received the ball, took a self-pass and ended up scoring to open the scoring.
12:41 PM14 days ago

Politano entered the area alone, and when he shot the ball ended up going wide of the goal.
12:39 PM14 days ago

Fiorentina starts to generate danger, but fails to get past the home defense
12:33 PM14 days ago

The match is quite disputed in the midfield, both teams have had chances but have not been able to define correctly.
12:22 PM14 days ago

Close! Great save by the goalkeeper after a shot from Elmas.
12:14 PM14 days ago

Vlahovic's shot, but Ospina dives brilliantly and prevents the first one from going in.
12:10 PM14 days ago

Elmas' cross, Politano looked for the first, but Dragowski ended up keeping the ball.
12:03 PM14 days ago

Fiorentina is also already at the Stadium, tonight they will try to beat Napoli to continue in the Coppa Italia.
11:44 AM14 days ago

Spalletti's men are already at home, and tonight they will be looking for a victory to continue their positive progress.
11:36 AM14 days ago

The last time these teams met was in October last year, when the score was two goals to one in favor of Napoli.
11:31 AM14 days ago

Fiorentina has not had the best season, accumulating eight defeats, ten wins and two draws, although the position is relatively good, reaching seventh place.
11:26 AM14 days ago

Napoli has had a good season in Serie A, accumulating 13 wins, 4 draws and the same number of defeats, placing them in third position.
11:21 AM14 days ago

This is what the building that will host the match between Napoli and Fiorentina looks like. Ready to welcome the fans to watch this match. 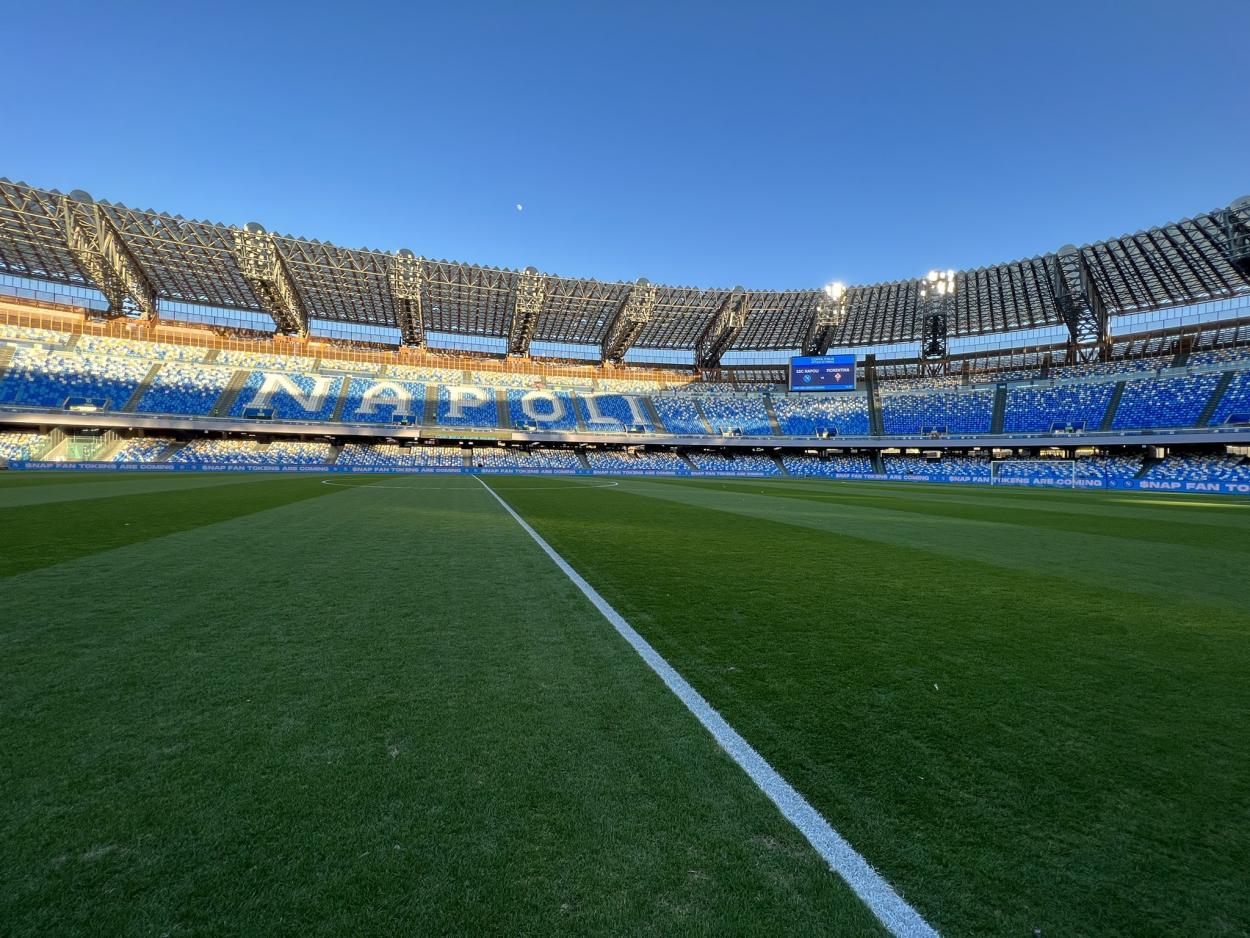 Hirving Lozano returned to Napoli after fifteen days in isolation in Mexico, prior to his trip to Napoli, Lozano tested positive for covid, making him ineligible to travel.
11:11 AM14 days ago

We start with the minute by minute of the match between Arsenal and Liverpool, which corresponds to the round of 16 of the Coppa Italia. We will shortly share with you the starting lineups and the most relevant information.
11:06 AM14 days ago

In a few moments we will share with you the Napoli vs Fiorentina live starting lineups, as well as the latest information from the Stadio San Paolo. Keep an eye on the action with VAVEL's minute-by-minute live online coverage.
11:01 AM14 days ago

How to watch Napoli vs Fiorentina Live Stream on TV and Online?

Vicenzo Italiano spoke ahead of the Coppa Italia match: "It's an important competition. We want revenge and tomorrow in Naples we have a chance".

"Fatality was injured with Napoli and returns tomorrow with Napoli. He is fine, the muscular problem is gone and he will be in the match, tomorrow Drago will play".

He spoke about the last match against Torino: "The mistakes are my responsibility and that of everyone who stepped on the pitch. This team didn't know how to express itself in Turin. But we are capable of something more. Above all, we must expect another quality from ourselves. If they are mature, we will react starting tomorrow.

"Nico has to do more. Attackers can do more in general, assists and goals. They have quality, a lot of it, and they didn't show it in Turin. Nico knows that the performances can be much better. Since he was a smart kid he knows perfectly well that he can do much more."

"Napoli is a real team , with continuity of performance and performance with strong players in all departments. I fear everything about Napoli and if we don't do things right we run the risk of getting into difficulties".

Looking to give a joy

Fiorentina arrives after losing four goals to zero against Torino, in this match they will look to give a surprise and beat Napoli. 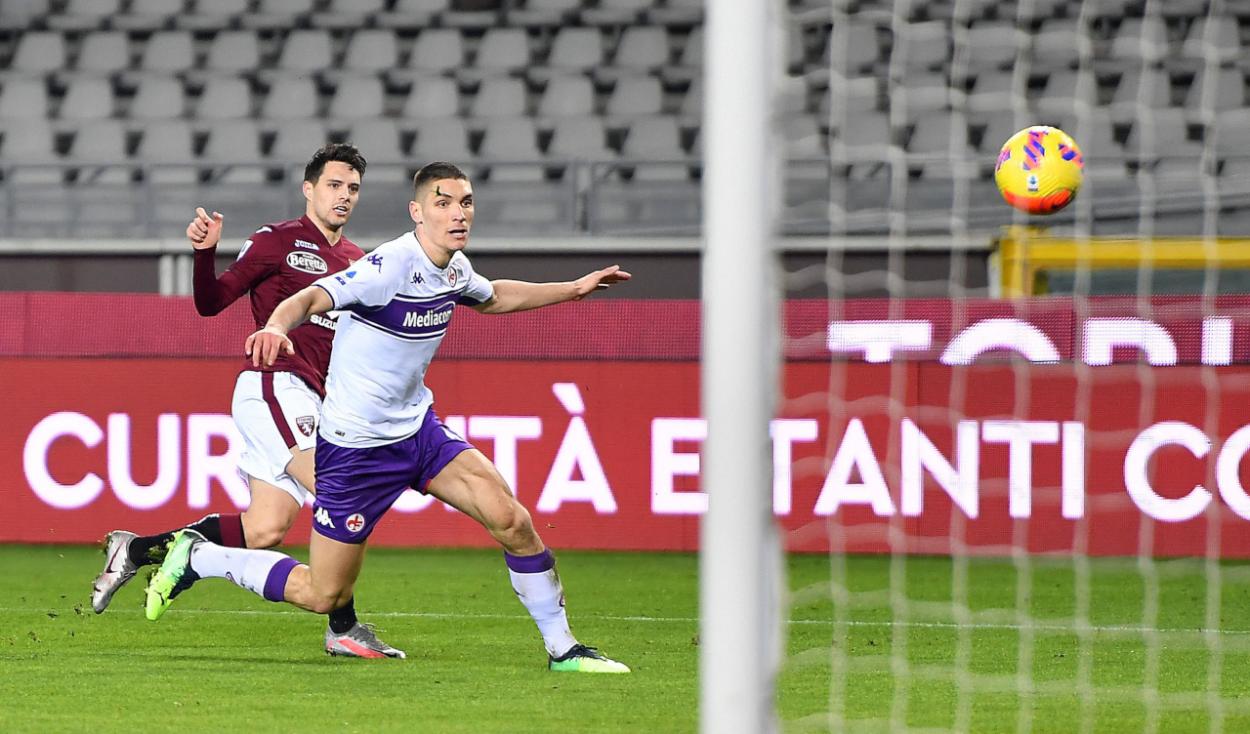 Napoli comes to this match after beating Sampdoria by the minimum, and will also seek to make their home advantage count and qualify for the next round with a victory.
10:41 AM14 days ago

The match will be played at the San Paolo Stadium.

The Napoli vs Fiorentina match will be played at the San Paolo Stadium, located in Naples, Italy. The capacity of the stadium is 54 726 people.
10:36 AM14 days ago