We hope you enjoyed the Necaxa vs Rayados matchday 2 of the Torneo Clausura 2022. Keep checking back on VAVEL.COM for updates throughout the day.
11:50 PM12 days ago

The match ends at the Estadio Victoria, Rayados defeats Necaxa as visitors and obtains its first three points of the tournament.
11:38 PM12 days ago

LAST 10 MINUTES! The final stretch of the game is played, Monterrey is just a few minutes away from its first victory of the tournament.
11:24 PM12 days ago

GOOOOOOOOOL FOR RAYADOS! JESÚS GALLARDO SCORES THE GOAL IN HIS FIRST BALL HE TOUCHES AND MAKES IT 0-4 IN THEIR FAVOR.
11:16 PM12 days ago

The second half begins, Necaxa is losing the match against Rayados, who have played a magnificent first half.
10:47 PM12 days ago

The first half is over, Rayados continues unstoppable and in 45 minutes they have almost won the game.
10:45 PM12 days ago

GOOOOOOL FOR RAYADOS! DUVAN VERGARA SCORES THE THIRD AND THIS IS ALREADY A GOAL!
10:37 PM12 days ago

THIS WAS RAYADOS' GOAL

This is how Rayados de Monterrey made it 2-0 in their favor.

GOOOOOOOOOL FOR RAYADOS! MONTERREY'S GOAL! MAXIMILIANO MEZA SCORED A GREAT SHOT FROM OUTSIDE THE BOX TO MAKE IT 2-0.
10:14 PM12 days ago

This is how Rogelio Funes Mori scored the first goal of the match.

GOOOOOOOOOOOL FOR RAYADOS! GOOOOOL FOR MONTERREY! FUNES MORI SCORES THE FIRST GOAL OF THE MATCH AND NOW RAYADOS IS AHEAD.
10:00 PM12 days ago

The first 45 minutes kick off at Estadio Victoria, Necaxa hosts Rayados in the continuation of the second day of Liga MX Week 2.
9:45 PM13 days ago

In a couple of minutes we will begin with the broadcast of Rayos vs Rayados; corresponding to the second day of the Liga MX.
9:44 PM13 days ago

The field of Estadio Victoria is not exactly one where Monterrey boasts good results or favorable points, suffice it to say that, since its inauguration in 2003, Rayados has only recorded five victories, four of them in the regular phase.

For their part, Necaxa is not exactly a team that complicates Monterrey's existence, since all the visits of the Regiomontanos have been ties, including since the Apertura 2019, where Rayados' last victory was recorded. There have been two consecutive draws.

Necaxa | With the imminent sale of Alejandro Zendejas and his possible non-participation in this game, Angelo Araos is probably the most outstanding player for Los Electricistas. The Chilean youngster made his debut last week and showed the quality he has to generate opportunities.

Monterrey | For this match, the Monterrey team will be able to count on the presence of Mexican player Luis Romo, who had not been able to play after testing positive for covid in previous days. The central midfielder will be looking to return to his best form, which he had with the Mexican Olympic National Team and with Cruz Azul in the middle of last year.

After 1 games played within the Primera Division. Clausura, CF Monterrey achieved 1 points, which allowed the team to get into mid-table, occupying the 8th position - a rather modest place in the championship. With 0 wins, 1 draw and 0 losses, it was not enough to make them one of the top teams, but it was enough to place them in the middle of the table. Moreover, 0 goals scored on average per game and 0 conceded is not a statistic to reach great heights. The greatest danger to the goal of their opponent CF Monterrey is in the period from 16-30 minutes of the match. In this time they have scored 0 goals. While this club misses mostly between 0-15 minutes and did so on 1 occasions.
9:30 PM13 days ago

After 1 games have been played, Necaxa is in 14th place in the Primera Division. Clausura, earning 0 points. Such a low position in the table is due to the small number of wins: 0. At the same time, there are many draws and defeats: 0 and 1, respectively. Low performance also does not give much confidence to the team: 1 goals scored per game on average, but they miss a lot: 2 per game. They need to improve their concentration from 0-15 minutes, as often during this time they concede 1. The team has a lot of work to do, we will see what they can show in the next match.
9:25 PM13 days ago

THEY ARE ALREADY AT THE STADIUM

The Rayados de Monterrey are already at the Estadio Victoria to face the match against the Rayos del Necaxa.

The teams played 31 games against each other, in which 7 finished as the winner in 7 matches, while CF Monterrey celebrated success in 11 matches, and in 13 games the teams were unable to identify the strongest and ended in a draw. The last clash between them took place on October 23, 2021 and ended with the score 0-1. The statistics of goals scored and conceded indicates the following results: 34-41.
9:10 PM13 days ago

The wait is over, Liga MX is back with all the adrenaline for Day 2 of Mexican soccer, Rayos and Rayados will meet at Estadio Victoria. The Necaxa Rayos lost their opening match against FC Juárez by a score of 2-1, while the Monterrey Rayados were unable to make their home advantage count and drew in a match without excitement against the Gallos Blancos.
9:05 PM13 days ago

Do not miss a detail of the match Necaxa - Rayados with the live updates and commentaries of VAVEL. Follow along with us all the details, commentaries, analysis and lineups for this match.
9:00 PM13 days ago

How to watch Necaxa - Rayados Live Stream on TV and Online?

If you want to watch the game Necaxa - Rayados live on TV, your options are: TUDN USA and Univision

Duvan Vergara | This Colombian player, who comes from America de Cali, arrived on fire to reinforce Los Regios and is responding with goals. After Rogelio Funes Mori's poor form up front, Vergara could be a factor in the offense. Together with 'El Mellizo', they form a very dangerous duo for the opponent. 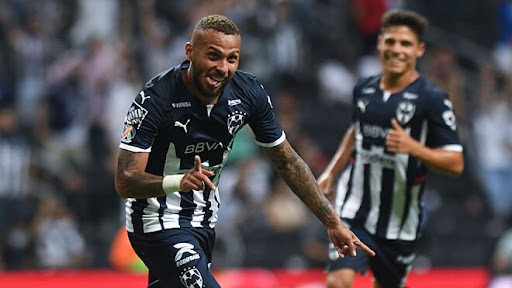 Nico Castillo | The Chilean makes his reappearance in Liga MX after his time with América. Castillo will be one of the players to watch for this season. He had some minutes in the last game against FC Juarez and will look to be the offensive leader that Necaxa needs.
8:45 PM13 days ago

Rayados: For the first victory of the tournament

On the other hand, Rayados, led by Javier Aguirre, is coming off a bitter elimination in the Apertura 2021. After having knocked out Cruz Azul, Monterrey was eliminated in the quarterfinals by the reigning champion, Atlas. Despite having won the championship in the Concachampions, Aguirre has a rematch pending in the local tournament. Monterrey is coming off a scoreless draw against Queretaro in its home opener at BBVA Stadium.
8:25 PM13 days ago

The Aguascalientes squad, led by Pablo Guede, will be looking to accumulate its first points in the start of the Grita México C22 tournament, now at home, and to recover after last week's defeat. The Hidrorayos were out of the playoffs last season without even having had a chance to enter the playoffs after finishing 14th in the general table; now they have a new opportunity to earn their fourth star. Necaxa is coming off an opening day loss to Juarez by a score of 2-1.
8:20 PM13 days ago

The match will be played at the Stadium Victoria

The Necaxa vs Rayados Monterrey match will be played at the Victoria Stadium, in Aguascalientes, Mexico. The kick-off is scheduled at 10 pm ET.
8:15 PM13 days ago

Tonight, Friday's matchday 2 activity will come to an end in Aguascalientes in a game where two teams want to take advantage of the first few days of the season to score points and climb up the general table. On the one hand, Necaxa want to take advantage of their home advantage, while the Rayados want to improve their soccer and achieve their first victory of the season.
8:10 PM13 days ago