Thank you for watching the match on VAVEL.COM

We hope you enjoyed watching Southampton vs Brentford for Matchday 18 of the Premier League. Continue to visit the VAVEL portal to keep up to date with all the information that comes up throughout the day.
11:59 AM12 days ago

The Wolves get one more victory at Molineux Stadium thanks to Raúl Jiménez and Connor Coady. With this result, the Wolves have 31 points and are still fighting for the top positions in the table.
11:42 AM12 days ago

THE LAST 10 MINUTES OF THE GAME!
The final stretch of the match begins, the Wolves are just a few minutes away from yet another victory in their favor.
11:32 AM12 days ago

Broja continues to test Sa, but this time his header is dived upon by the keeper.
11:20 AM12 days ago

GOOOOOOOOOOOOOL FOR WOLVES! WOLVERHAMPTON'S GOAL! COADY SCORES THE SECOND OF THE DAY FOR THE HOME SIDE!
11:10 AM12 days ago

The first half ends at Molineux Stadium, Wolves take the lead momentarily on the scoreboard.
10:43 AM12 days ago

This is how Raúl Jiménez opened the scoring with a penalty kick for Wolves.

Wolves win themselves a corner, but Forster is out well to gather.
He tries to start a quick counter, but overpowers his clearance. Wolves break the other way through Podence, who shoots low from a tight angle, but Forster is equal to it.
10:18 AM12 days ago

Southampton have had the better of this game so far, but still haven't posed a big threat to Sa and the Wolves defence.
10:12 AM12 days ago

Another break in play while Bednarek is treated on the pitch.

Wolves did have a small stint of possession before this, but Raul was easily dispossessed as he turned to look for a teammate.
10:07 AM12 days ago

Jose Sa gathers the ball to deny Southampton a chance from inside the area, and quickly tries to find Podence, but Southampton push Wolves back.
10:03 AM12 days ago

The first 45 minutes of Wolverhampton vs Southampton kick off, both clubs promise to give a great game.
9:46 AM12 days ago

In a couple of minutes we will start with the broadcast of Wolves vs Southampton; match corresponding to Matchday 22 of the Premier League.
9:42 AM12 days ago

THIS IS HOW SOUTHMPTON ARRIVES

During the Christmas break, the "Saints" seem to have felt particularly at ease. Southampton FC has been unbeaten since December 15, 2021. In the last 5 official matches, there have been 3 wins and 2 draws. The clear 4:1 victory against Brentford last Tuesday was particularly impressive.

Hasenhüttl's team was as cool as ever and made everything clear shortly after the break. Southampton are currently eleventh in the Premier League. The club is one of the financially weakest teams in the league, so a mid-table finish is an absolutely useful result for the Saints.

In 20 games they have won 5 and drawn 9. Only 6 times Southampton have had to concede defeat. The gap to the relegation zone is now 13 points. In contrast to Wolves, Hasenhüttl's team scores far more goals: an average of 2.70 per game.

THIS IS HOW THE WOLVES ARRIVE

Wolverhampton have been going strong for some time now. In fact, their few defeats in recent months have come against some of the best teams in England.
They currently sit eighth in the table, and need a surplus of just six points to climb higher towards a European spot.

Southampton, meanwhile, have been desperately trying to improve their form of late, and have also picked up a few points on the table.

However, they have had a relatively easy campaign in recent months, and on the few occasions they faced in-form teams, they proceeded to lose.

Southampton has managed to tighten the game and already has four rounds in a row to please the fans with accumulated points. Thanks to this setback, Hazenhuttl Halls moved up to the 11th line in the standings, collecting points 24 for games 20.It is worth noting that the "Saints" also passed in 1/16 of the Cup final, beating Swansea in extra time 3:2. In addition, the guys performed in the minority since the 29th minute.
9:26 AM12 days ago

UH, at the opposite end of the spectrum, Wolverhampton did not look like themselves. In 1/32 of the FA Cup final, the "wolves" were hosted at the home ground by Championship Sheffield United. In the end, victory remained with the protégé of Lage by 3-0. The amazing thing is that before this, the boys had not scored more than one goal in nine consecutive games, however, and all the games were played in the Championship. Thanks to this tight soccer, the team is in 8th place in the Premier League, with 28 points on the active.
9:22 AM12 days ago

THIS IS HOW SOUTHAMPTON GO OUT

This is how the visiting team will line up as they look to get the three points against Wolves.

THIS IS HOW WOLVES GO OUT!

With Raúl Jiménez in the starting lineup, this is how Wolves will line up this day to get the three points at home.

Today's line-up as we prepare to take on @SouthamptonFC! #WOLSOU

Last year, the teams met three times. In the Cup match, Southampton won 2-0. But in the Premier League twice stronger was Wolverhampton 2-1 and 1-0.
9:01 AM12 days ago

The wait is over, the Premier League actions start for Wolves and Southampton, both teams are going through a great moment after winning their respective duels prior to this one, also, both are in the top 10 of the Premier League so this promises to be a great game.
2:38 PM13 days ago

Do not miss a detail of the match with the live updates and commentaries of VAVEL. Follow along with us all the details, commentaries, analysis and lineups for this Wolves vs Southampton match.
2:33 PM13 days ago

What time is Wolves vs Southampton match for Premier League?

This is the start time of the game Wolves vs Southampton of 15th January in several countries:

Armando Broja has become one of the fundamental pieces that Dyche has, the right back has gone from strength to strength since his arrival in the Premier League being an undisputed starter and increasing his value in the transfer market. At the moment he has 319 minutes played with Southampton, he has appeared 7 times in the starting lineup and has scored on 3 occasions, however, so far he still has not achieved his first assist with the celestial team. Likewise, he is in high spirits after collaborating in the scoreboard last week to help his team win the match, so Armando Broja will be the player to watch for this game. 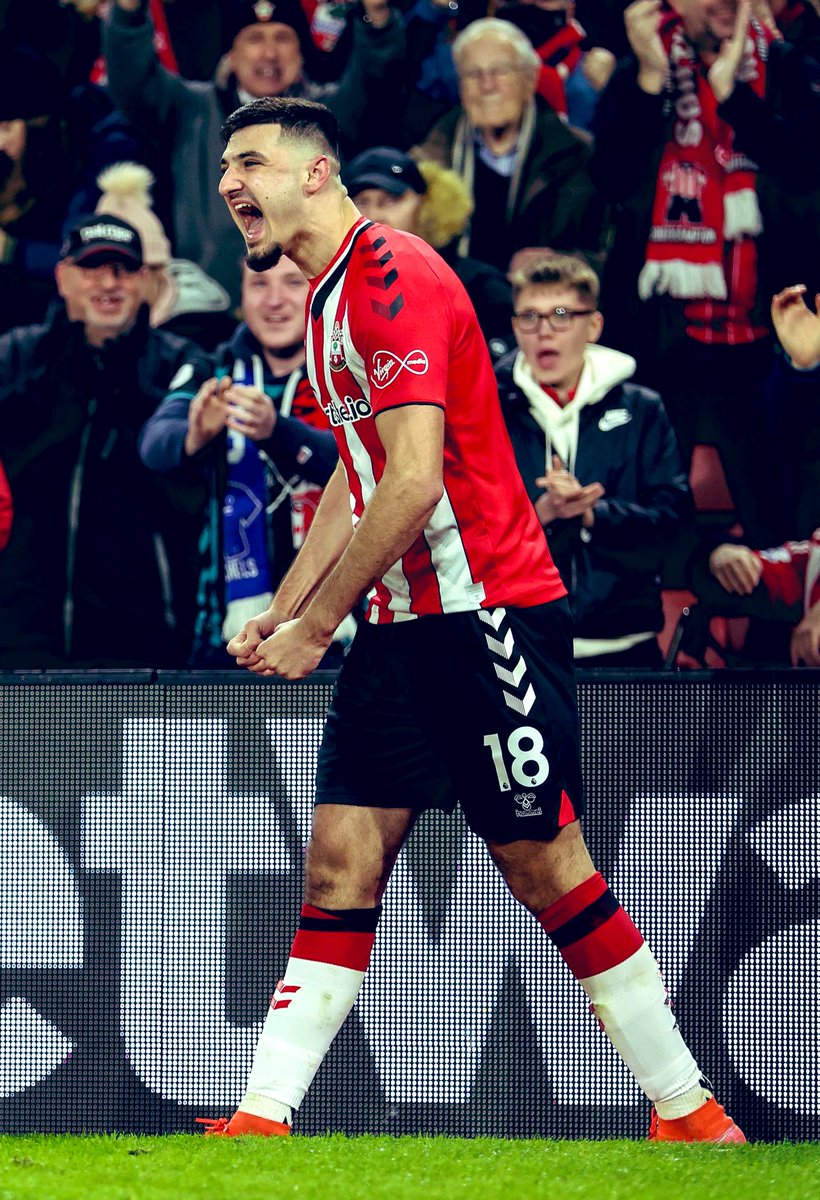 Watch out for this Wolves player

From Mexico to the world, Raul Jimenez is back with Wolverhampton after his head clash with David Louis that sidelined him for most of last season. Since his arrival at Wolves in 2019, the Mexican has become an idol of all and sundry by scoring 50 times and assisting 18 times and totaling 110 appearances in the starting lineup. The so-called Mexican wolf had outstanding performances in the preseason where he even scored goals and little by little he has been regaining his optimum level with which he was once seen, so at the beginning of the season he could start to sparkle as he did on his arrival at the club. 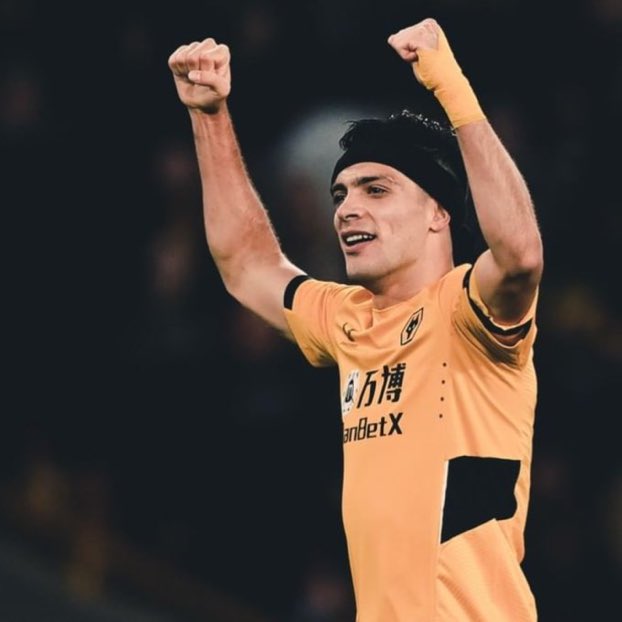 Wolves and Southampton have met on a total of 71 occasions (25 wins for Wolves, 18 draws and 28 wins for the Saints) with the scales tipping slightly in favor of the Southampton side. In terms of goals, both teams tend to score against each other, with 99 goals for Wolves and 112 for Southampton. Their last meeting dates back to matchday 6 of the current campaign where Wolves beat Southampton by the minimum difference as visitors.
2:03 PM13 days ago

Molineux Stadium is the home stadium of Wolverhampton Wanderers Football Club since 1889. The soccer stadium is located in the city of Wolverhampton, England. It has a long and illustrious history as one of the first in the country to install artificial lighting, as well as some of the first to host European Cup matches in the 1950s. It has also hosted the England national soccer team and, more recently, England Under-21s, as well as the 1971-72 UEFA Cup Final. Although the current seating capacity is 32,050, Molineux's record attendance stands at 61,395.
1:58 PM13 days ago

For this match, Anthony Taylor will be who will serve as the central referee, he will be accompanied by Gary Beswick and Adam Nunn as the assistants 1 and 2 respectively, finally, Craig Pawson will serve as the fourth referee. In the VAR, referees Stuart Attwell and Constantine Hatzidakis will be in charge of monitoring any dubious play inside the box or that merits a red card.
1:53 PM13 days ago

The Southampton squad will seek to make respect as visitors when they visit Wolves this Saturday in what will be another day of emotions of the Premier League, so far, the team of the Saints is positioned in 11th place in the overall table with 24 points that are the result of 5 wins, 9 draws and 6 defeats so far this season, also has 24 goals for and 30 goals against, a statistic that leaves them with a negative difference of six. Also, the fact of having scored against Brentford causes the team's spirits to be at their highest and they can go out on the field with the desire to add three more points.
1:48 PM13 days ago

The Wolves squad arrives to this match in high spirits after achieving their passage to the next round of the FA Cup without suffering and with good soccer, also, in the Premier League they are in 8th place with 28 points that have been the result of 8 wins, 4 draws and 7 defeats so far this season, also, they average a total of 14 goals for and 14 goals against, a statistic that suggests that they are one of the teams with less offensive capacity but also one of the least scorched. Despite being 6 units away from the European places, Wolverhampton dreams of being present in an international competition and if they continue with the good pace they may achieve it and gradually shorten the distance that separates them.
1:43 PM13 days ago

An important duel to win

Matchday 22 of the Premier League has arrived and with it a duel full of emotions between Wolves and Southampton, both teams promise to give a show after arriving to this match in the highest spirits, as Wolverhampton won their duel corresponding to the FA Cup, staying alive in the competition and with the dream of playing again at Wembley, as it happened in 2018. On the other hand, for Southampton the mission is to surprise at the Molineux Stadium and get the three points as visitors after having liked, won and beaten Brentford in midweek.
1:38 PM13 days ago

The Wolves vs Southampton match will be played at the Molineux Stadium, in Wolverhampton, England. The kick-off is scheduled at 10:00 am ET.
1:33 PM13 days ago

Welcome to VAVEL.com’s LIVE coverage of the 2022 Premier League: Wolves vs Southampton!