PER1
END3 hours ago

Thank you for listening to this Premier League match. Have a nice day and see you next time!
10:25 AM5 months ago

City return to the field on Saturday (22), when they face Southampton. Chelsea play on Tuesday (18), when they face Brighton. With this victory City have 56 points, opening a 13 (!) advantage over Chelsea!
10:23 AM5 months ago

With a slim score City beat Chelsea and shoots to the top of the Premier League!
10:17 AM5 months ago

Substitution in Manchester City: Foden out, Gabriel Jesus in.
10:13 AM5 months ago

Foden received the ball on the edge of the box and hit it hard, but it went over the goal. And in the City left De Bruyne and entered Gundogan.
10:10 AM5 months ago

After the goal Chelsea loosened up in the match, but made little of any chances created. And substitution in Chelsea: Marcos Alonso left and Mount entered.
10:00 AM5 months ago

De Bruyne got the ball on Chelsea's misplaced clearance, carried it and hit it hard from outside the box into Kepa's left corner, opening the scoring in a stunning goal!
9:57 AM5 months ago

Sterling got the move on the right and hit a cross, but out of danger! Pulisic and Zyech were replaced by Hudson-Odoi and Werner.
9:51 AM5 months ago

De Bruyne got a free-kick on the edge of the box and hit it over the barrier, but Kepa saved it for a corner!
9:36 AM5 months ago

Lukaku received in the middle, charged, and hit hard, but Ederson deflected away. On the rebound Zyech hit hard, over the goal!
9:34 AM5 months ago

Sterling makes his first touch on the ball and it rolls into the second half!
9:34 AM5 months ago

The teams appear on the pitch to start the second half!

No goals end the first half of the match between City and Chelsea!
9:10 AM5 months ago

De Bruyne received the ball on the edge of the box and shot at the goalkeeper, but he saved Chelsea with his leg!
9:03 AM5 months ago

The match continues with more study than chances and, at the moment, Kovacic is yellow carded for a foul on Bernardo Silva in the midfield.
8:44 AM5 months ago

At the cross in the area Stones managed to get the header, but in the hands of Kepa.
8:38 AM5 months ago

Marcos Alonso, on the right, pulled Sterling and made the dangerous foul for City, and was also yellow carded!
8:31 AM5 months ago

Lukaku makes the first touch on the ball and it's off to the first half of City vs Chelsea!
8:28 AM5 months ago

Tomorrow it continues and will be finalized with three matches: West Ham-Leeds, Liverpool-Brentford and the derby Tottenham-Arsenal.
8:05 AM5 months ago

The Premier League round of matches began yesterday with a 1-1 draw between Brighton and Crystal Palace. It continues today, with Norwich vs Everton, Wolverhampton vs Southampton, Newcastle vs Watford and Aston Villa vs Manchester United.

The players appear on the field to begin their warm-up work.
7:44 AM5 months ago

Chelsea is lined-up and will take the field with: 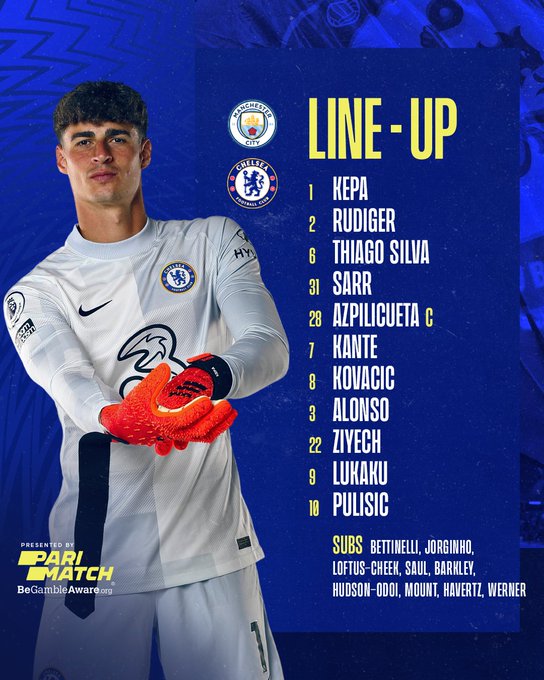 Manchester City is lined-up and will take the field with: 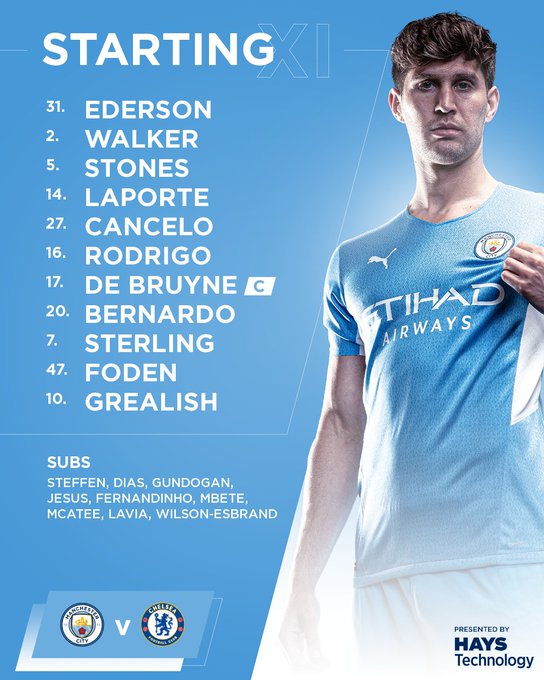 Now the broadcast of the Premier League match between Manchester City and Chelsea begins!

Do not miss a detail of the match with the live updates and commentaries of VAVEL. Follow along with us all the details, commentaries, analysis and lineups for this Manchester City vs Chelsea match.
7:24 AM5 months ago

If you want to watch the game Manchetser City vs Chelsea live on TV, your options is: nonve.

If you want to directly stream it: Streaming services and SiriusXM, Peacock app.

What time is Manchester City vs Chelsea match for Premier League?

This is the start time of the game Manchester City vs Chelsea of 15th January 2022 in several countries:

Craig Pawson will referee the match, with assistants Lee Betts and Richard West. Darren England will be in charge of VAR.
7:09 AM5 months ago 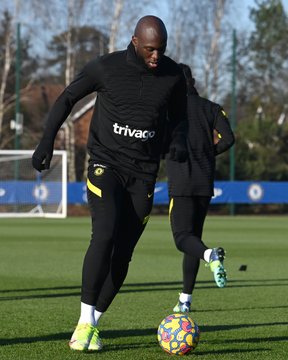 Mahrez is out due to being with the Algerian national team at the Africa Cup of Nations, while Foden, Zinchenko and Stones could be out for Covid-19, depending on a negative test. Chelsea, meanwhile, will be without the injured Chilwell, James and Chalobah, as well as Mendy, who is with the Senegalese national team. Finally Christensen is a positive for Covid-19 and remains out.
6:54 AM5 months ago

Manchester City leads the Premier League with 53 points, 10 above Chelsea, who do not want to see their rivals increase the gap even more. Right behind come Liverpool with 42 and, closing the G-4, West Ham with 37, closely followed by Arsenal, with 35, and Tottenham, with 33.
6:49 AM5 months ago

Chelsea also comes from straight wins in the last two games. For the Carabaou Cup, already in the semifinal, the victory was 1-0 over Tottenham, last Wednesday (12), with Rudiger's goal, which qualified Chelsea for the final. And before that, on Saturday (8), for the FA Cup, the victory was over Chesterfield, 5-1, with goals from Werner, Hudson-Odoi, Lukaku, Christensen and Zyech, while Asante scored a late goal.
6:44 AM5 months ago

Manchester City have won two matches in a row. For the FA Cup the victory was against Swindon Town, 4-1, on Friday (7), with goals from Bernardo Silva, Gabriel Jesus, Gundogan and Palmer, while McKirdy deducted. And for the Premier League, City beat Arsenal on Saturday (01), with goals from Mahrez and Rodri, as Saka opened the scoring.
6:39 AM5 months ago

Houston Dynamo 2-0 Chicago Fire: Getting what you deserve 4 hours ago
//