Thank you for following the Premier League match between Fulham and Bristol City.
12:08 PM8 days ago

Makinson in and O'Dowda out, Bristol City change.

Andreas Weimann's cross shot is saved by the goalkeeper.
11:48 AM8 days ago

Bristol's Alex Scott has been cautioned.
11:43 AM8 days ago

The ball is left inside the box and Neeskens Kebano smashes the ball home for the sixth goal.

Martin and Atkinson come on

The second half kicks off between Fulham and Bristol City.
11:28 AM8 days ago

Mitrovic with the left-footed shot that goes into the corner and this is already a goal.

Aleksandar Mitrovic rises inside the box to hammer home and increase the deficit.

Fabio Carvalho's mid-range shot beats the goalkeeper to give them the lead for the first time in the match.

Semenyo with the long drive from midfield and finishes with a cross shot to retake the lead.

Aleksandar Mitrovic with the header and the goalkeeper with the saving hand to prevent the goal from falling.
10:58 AM8 days ago

Neeskens Kebano's cutback and impact from outside the area is saved by the goalkeeper.
10:53 AM8 days ago

Aleksandar Mitrovic crosses to the far post where he heads in a cross to make it 1-1.

Neeskens Kebano gets past the defender inside the box, but his left-footed shot goes wide of the goal.
10:43 AM9 days ago

Antoine Semenyo charges into the box to fire the ball into the corner to open the scoring.

Andreas Weimann was already shaping up for a one-on-one inside the box, but an offside had already been called.
10:28 AM9 days ago

Antoine Semenyo was encouraged with a cross-shot that the goalkeeper saved without rebounding.
10:23 AM9 days ago

Direct free kick wasted by Fulham when it was denied by the defense.
10:18 AM9 days ago

Now it is. The ball is rolling between Fulham and Bristol City.
10:13 AM9 days ago

Due to a power outage, the game between Fulham and Bristol City was delayed by 15 minutes.
10:08 AM9 days ago

We are minutes away from the ball rolling from Craven Cottage Stadium with the clash between Fulham and Bristol City in the Championship.
10:03 AM9 days ago

For Fulham, Aleksandar Mitrovic is the top scorer of the team and also of the tournament with 24 goals in 23 games, while for Bristol City it is Andreas Weimann with 12 goals in 25 games.
9:58 AM9 days ago

With only 8 wins in 25 games, Bristol City will be looking for their ninth win in an attempt to climb up the Championship table:

Attentive to their fans, this is how Fulham arrived at their stadium for this Saturday's match. 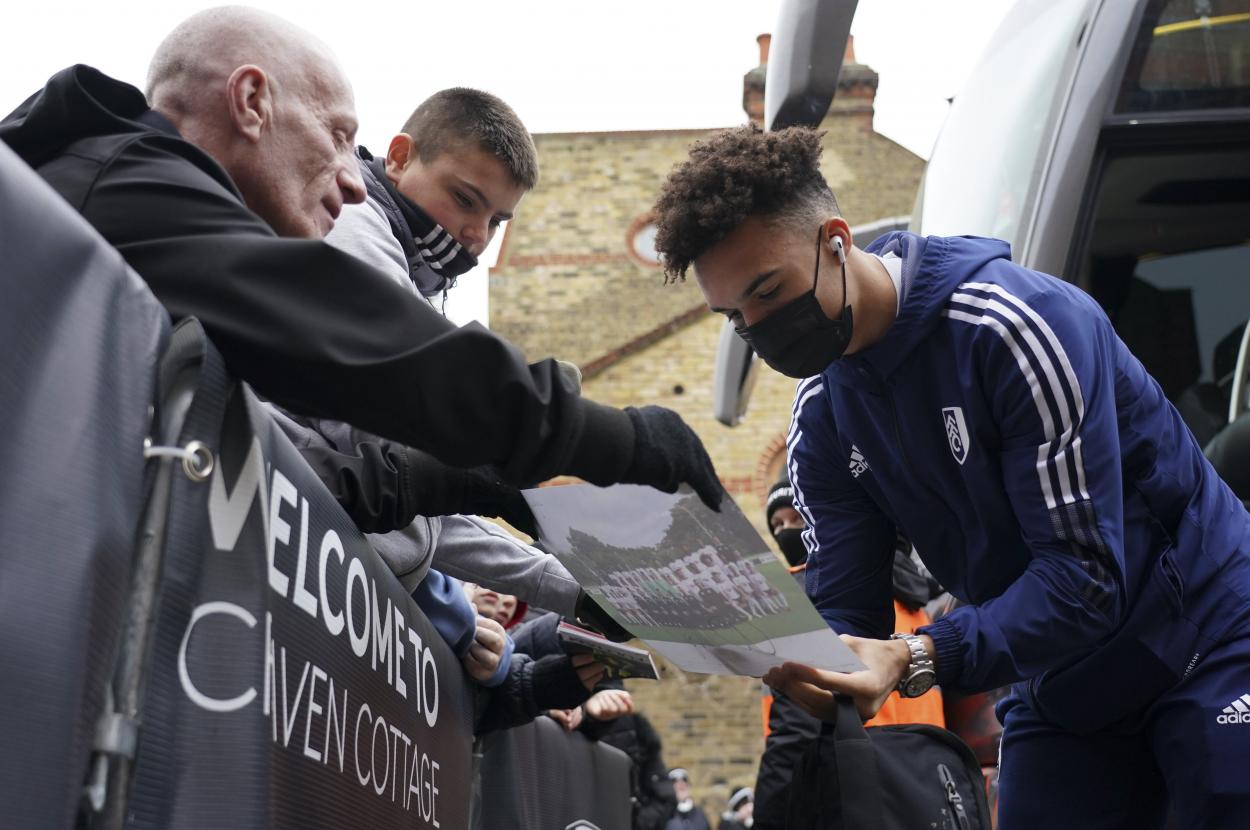 Should Bristol City take the full spoils in this away game, they could be climbing from 16th to 12th place, with some combination of results.
9:23 AM9 days ago

They want the leadership

Fulham are looking for the championship lead and to do so they will have to win combined with a draw or defeat of Bournemouth who are currently drawing away to Luton.
9:18 AM9 days ago

Fulham will be looking to extend their winning streak when they host a needy Bristol City who want all three points. We begin our VAVEL coverage of the game.
9:13 AM9 days ago

Do not miss a detail of the match with the live updates and commentaries of VAVEL. Follow along with us all the details, commentaries, analysis and lineups for this Fulham vs Bristol City match for the Championship 2022.
9:08 AM9 days ago

What time is Fulham vs Bristol City match for Championship?

This is the start time of the game Fulham vs Bristol City of 15th January in several countries:

The last five games between these two teams have been extremely close, although what stands out most is that Bristol's most recent visit to this property was a couple of years ago and they were able to get the win.

Despite the defeat a week ago in the FA Cup against this same opponent, goalkeeper Max O'Leary had outstanding performances that turned the game into a tight game on the scoreboard and could be key again this Saturday, but now for Bristol to pull out a positive result.
8:53 AM9 days ago

Fulham is coming off the back of a good game after the midweek drubbing, which allowed them to regain confidence in several players, including center forward Aleksandar Mitrovic, who was able to collaborate in the victory with two goals.
8:48 AM9 days ago

It is worth noting that these teams met just a week ago in the FA Cup where Fulham pulled out the win by the narrowest of margins. Bristol City in 15th place with 30 points and, if they want to have any chance of seeking promotion, these types of games are key to close the gap.
8:33 AM9 days ago

Fulham: fighting for the top

After five games without a win in the Championship, Fulham have gained confidence after a 7-0 midweek thrashing of Reading, so they are now in second place with 48 points, just one point behind Bournemouth, who is the championship leader.
8:28 AM9 days ago

The Fulham vs Bristol City match will be played at the Craven Cottage Stadium, in London, England. The kick-off is scheduled at 10:00 am ET.
8:23 AM9 days ago

Welcome to VAVEL.com’s LIVE coverage of the Championship: Fulham vs Bristol City!