Watch the best moments of Atlas win.
7:59 PMa day ago

Center for Herrera who is unable to finish off a throw-in for San Luis
7:50 PMa day ago

The center is very past and is a goal kick for Atlas
7:38 PMa day ago

Sanabria receives a ball inside the area and his shot comes out very weak
7:35 PMa day ago

The filtered ball in search of Sambueza, the goalkeeper has it without difficulty.
7:30 PMa day ago

GOAL ATLAS, played by the right wing and Ramon Juarez scores in his own goal
7:27 PMa day ago

Berterame's shot that passes near the goal
7:16 PMa day ago

Aldo Rocha shoots from outside the area, passes close by
7:07 PMa day ago

Second half begins
6:50 PMa day ago

Abel Hernandez misses a great scoring chance inside the area without a goalkeeper
6:43 PMa day ago

Waller had the first shot inside the area but Camilo saves and sends to a corner
6:32 PMa day ago

Near the first goal of the Atlas, the defender manages to get the ball in extremis
6:27 PMa day ago

Foul on Unai Bilbao, Atlas has possession but fails to generate danger
6:20 PMa day ago

Center from the right that Troyanski cannot finish goal kick
6:09 PMa day ago

The game has started, enjoy it
5:54 PMa day ago

Atlas has this XI starters.

Atlas go out to warm up for the debut in the tournament.

San Luis are warm up at the Jalisco stadium.

This players are on the bench of Atlas

Uruguayan coach Mendez will be able to count on these players on the bench.

The away team has this XI starters.

9 of the last ten meetings between the two teams had goals from both, with the last two ending with over 3.5 total goals.
5:06 PMa day ago

The Liga MX champions are heavy favorites to win today against San Luis.
9:08 AMa day ago

Do not miss a detail of the match Atlas vs Atlético San Luis live updates and commentaries of VAVEL.
9:03 AMa day ago

Atlas vs Atlético San Luis How to watch Stream on TV and Online?

If you want to watch the game Atlas vs Atlético San Luis Live on TV, your options is Fox Sports

If you want to directly stream it: Streaming services and Fox Sports App

2 of their last 5 games have been won by Atlas accumulating only 1 loss in 5 games. and in the Jalisco San Luis stadium they have only won 2 of the last 5 games so a victory looks complicated.
8:53 AMa day ago

German Berterame will be the most important player for San Luis, scoring 1 goal in the previous season and fighting for the scoring title in the most recent tournament. 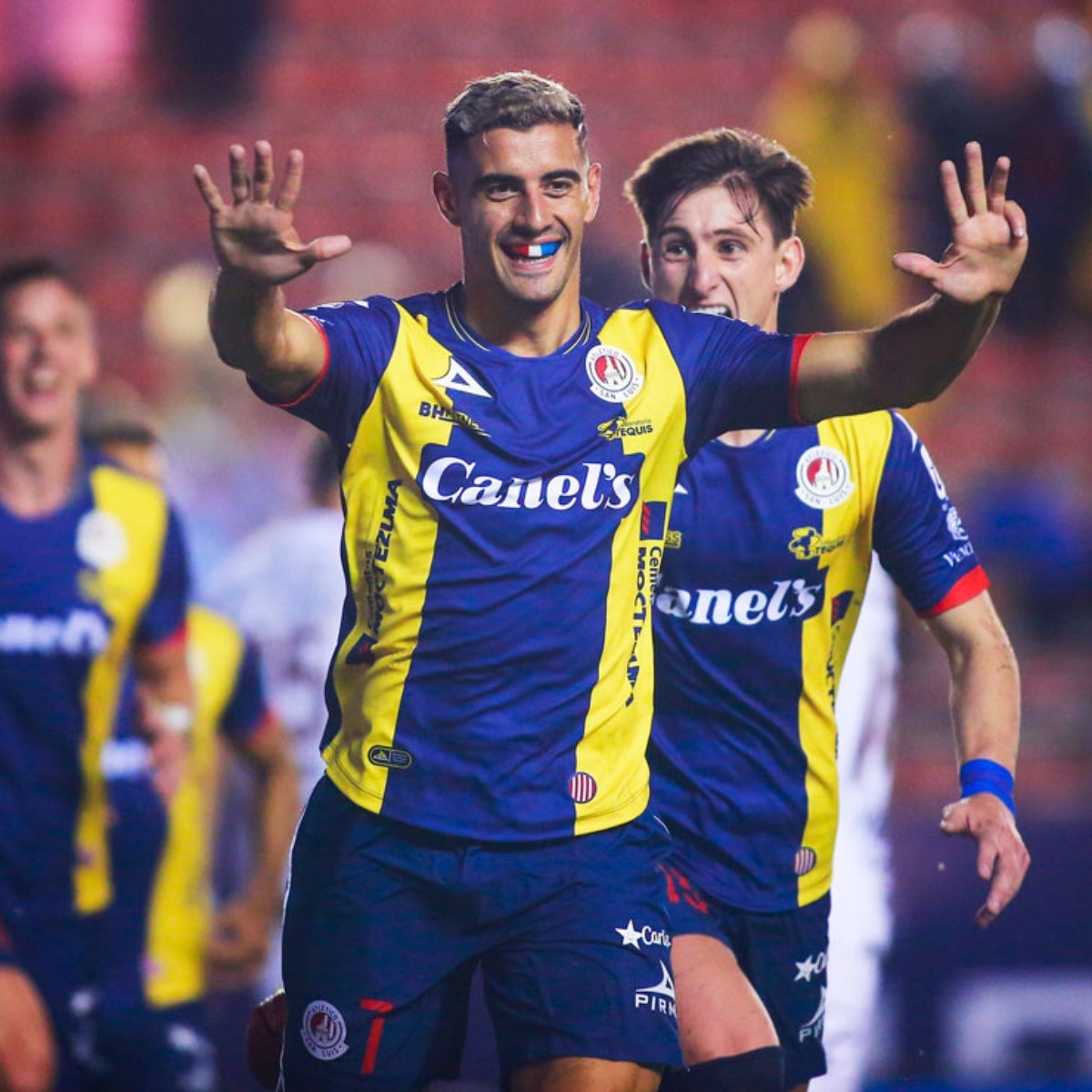 Julio Furch was the top scorer for Atlas in the regular phase of the last tournament with six goals, including one in his last match against his rival on duty and with a penalty of his own, Atlas was champion. 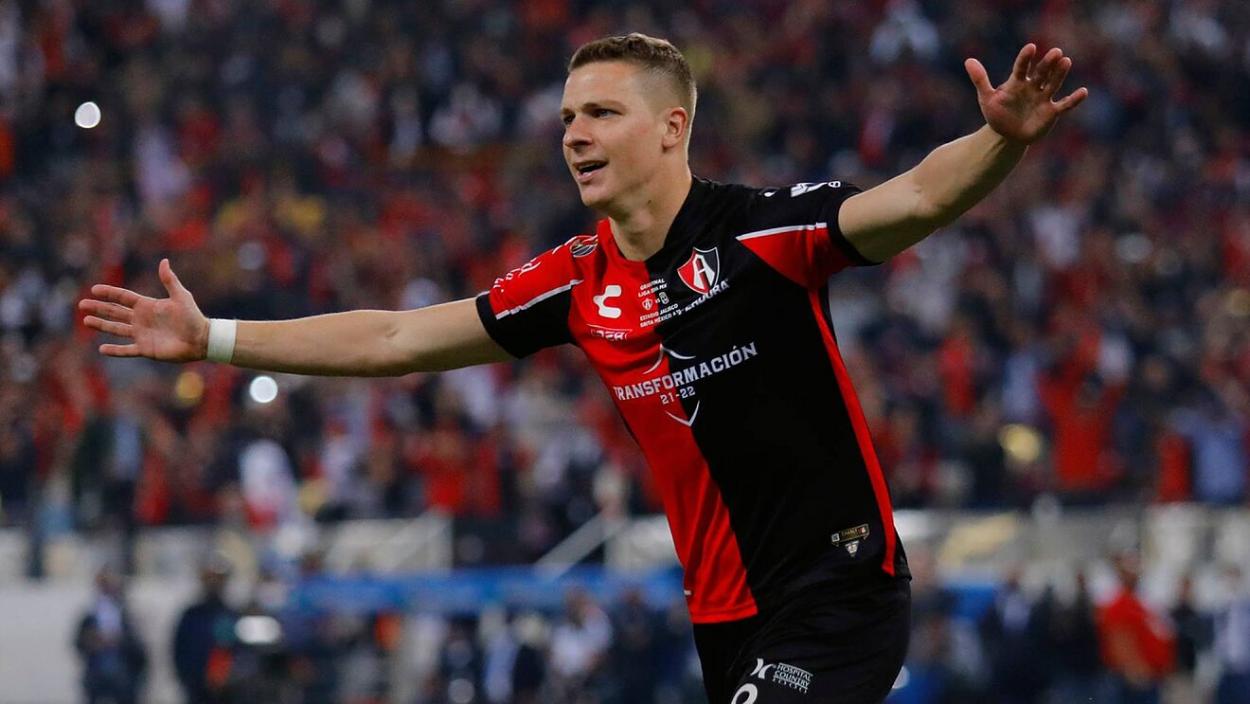 San Luis debuted on the wrong foot by losing by a score of 0-2 against Pachuca, continuing the trend that it maintained in the final stretch of the last tournament, which is why it now has nine official matches without winning with 5 losses. Worryingly, he failed to score in six of those games, including the last four, so improving offensively will be key to a better performance this semester.
The main strength of San Luis in the regular phase last season was its performance as a visitor, since it only lost one of its games in that condition. Although they have not managed to win in their last four away games, they will seek to reverse that situation.
8:38 AM2 days ago

Atlas will debut in this tournament as the current Mexican soccer champion after having won the 2021 Apertura. It was the second best team in the regular phase of the previous tournament with eight wins in 17 games with only 4 losses and a large part of that is due to his defense, which did an excellent job conceding only ten goals, the lowest record in the tournament.
Half of those wins were recorded at the Jalisco Stadium, where he only lost three games in the regular phase. Solid defense is an important part of the Atlas success.
8:33 AM2 days ago

The match will be play at the Jalisco Stadium.

Estadio Jalisco is a soccer stadium located in Guadalajara, Jalisco, Mexico. With a capacity of 55,020 spectators. It was inaugurated on January 31, 1960, and has been the venue for the 1970 Soccer World Cup and the 1986 Soccer World Cup. It is currently the home of the Atlas teams, of the First Division, the Leones Negros of the University of Guadalajara of Liga de Expansión MX and Deportivo Cafessa of Liga Premier Serie A. It was also the home stadium of Guadalajara (1960-2010), Oro (1960-70), Nacional (1961-65) and Jalisco (1970-80). It is the third largest stadium in Mexico after the Azteca Stadium and the University Olympic Stadium.

It is located on Calle 7 Colinas No. 1772, corner with Avenida Fidel Velázquez, one block from Calzada Independencia, in Colonia Independencia, C.P. 44290, in Guadalajara, Jalisco, Mexico.