Thank you for following the match between Marseille and Lille, where the visitors earned a valuable point with a man down.
5:47 PM4 months ago

Gerson brings it down with his chest and takes a first-time shot to get the paint off the goalkeeper's left post.
5:37 PM4 months ago

A corner kick is played short and Under fires a shot just inside the post to tie the score.

Arkadiusz Milik wins the position at the near post and takes a shot that goes wide of the goal.
5:27 PM4 months ago

Yilmaz came off and Gabriel Gudmundsson came on, Lille substitution.

Bamba had scored the second, but an offside penalty was called on a good counter-attacking move that Lille had developed.
5:17 PM4 months ago

A cross to the near post that Ivo Grbic manages to clear with some trouble.
5:12 PM4 months ago

A cross to the far post where Gerson's weak shot is flicked into the goalkeeper's hands.
5:07 PM4 months ago

David with the service that is denied by the Marseille defense inside the six-yard box.
5:02 PM4 months ago

Under with a volley shot that hits one of the opponents in the face.
4:57 PM4 months ago

Second half kicks off between Marseille and Lille.
4:52 PM4 months ago

Luan Peres is encouraged with a first-time shot from outside the area that goes high.
4:42 PM4 months ago

Bamba's shot from outside the area that Lopez dives to prevent the second against.
4:37 PM4 months ago

Jonathan David is left lying on the field after a heavy collision in the area.
4:32 PM4 months ago

Burak Yilmaz was on his own, but had started from an advanced position.
4:27 PM4 months ago

Payet's free kick goes over the top of the goal.
4:17 PM4 months ago

Benjamin André is sent off for a double yellow card and Lille are down a player.
4:12 PM4 months ago

Dangerous service from Payet from a direct free kick that the goalkeeper has to stretch to save.
4:07 PM4 months ago

Payet's free kick was deflected by a teammate at the near post, but the ball went wide.
4:02 PM4 months ago

Burak Yilmaz's header inside the six-yard box is spectacularly saved by the goalkeeper.
3:57 PM4 months ago

Sven Botman heads the corner kick away from the goalkeeper to open the scoring.

Jonathan David's shot from half distance is saved by the goalkeeper.
3:47 PM4 months ago

Marseille have dominated the game, but have so far failed to find depth down the flanks.
3:42 PM4 months ago

For protesting, Matteo Guendouzi has been cautioned after complaining about an alleged infringement.
3:37 PM4 months ago

The match between Marseille and Lille kicks off.
3:32 PM4 months ago

We are minutes away from the start of the game between Marseille and Lille in Ligue 1.
3:27 PM4 months ago

Lille reported on its social networks that, although Edon Zhegrova made the trip with the team, he will not be active tonight.

Lille will take the field in their away kit in black with red piping.

So Marseille arrived at home in search of a victory and to extend their good run in Ligue 1.

How does Lille arrive?

The champions have not had a good season, being in 11th place with 28 points, and have just suffered a hard blow when they were eliminated from the French Cup at the hands of Lens; their objective in the following months is the Champions League, where they will face the reigning champions, Chelsea.
2:47 PM4 months ago

How does Marseille arrive?

Marseille are currently in third place overall with 36 points and a win would put them up to second place depending on goal difference. They are on a run of four wins and one draw between league and cup.
2:42 PM4 months ago

Marseille needs a win to stay ahead of leaders PSG and will close Sunday's matchday by hosting champions Lille. Let's start with VAVEL's coverage of the game.
2:37 PM4 months ago

Do not miss a detail of the match with the live updates and commentaries of VAVEL. Follow along with us all the details, commentaries, analysis and lineups for this Marseille vs Lille match for the Ligue 1.
2:32 PM4 months ago

What time is Marseille vs Lille match for Ligue 1?

This is the start time of the game Marseille vs Lille of 16th January in several countries:

The balance between these two clubs has been very even in the last five matches, with two wins on each side and one draw, but Lille has been able to win the two most recent matches.

One of the pleasant revelations in recent months has been Amadou Onana, who has given solidity to the midfield at just 20 years old and who has a lot of arrival in the opponent's goal with a good mid-range shot. 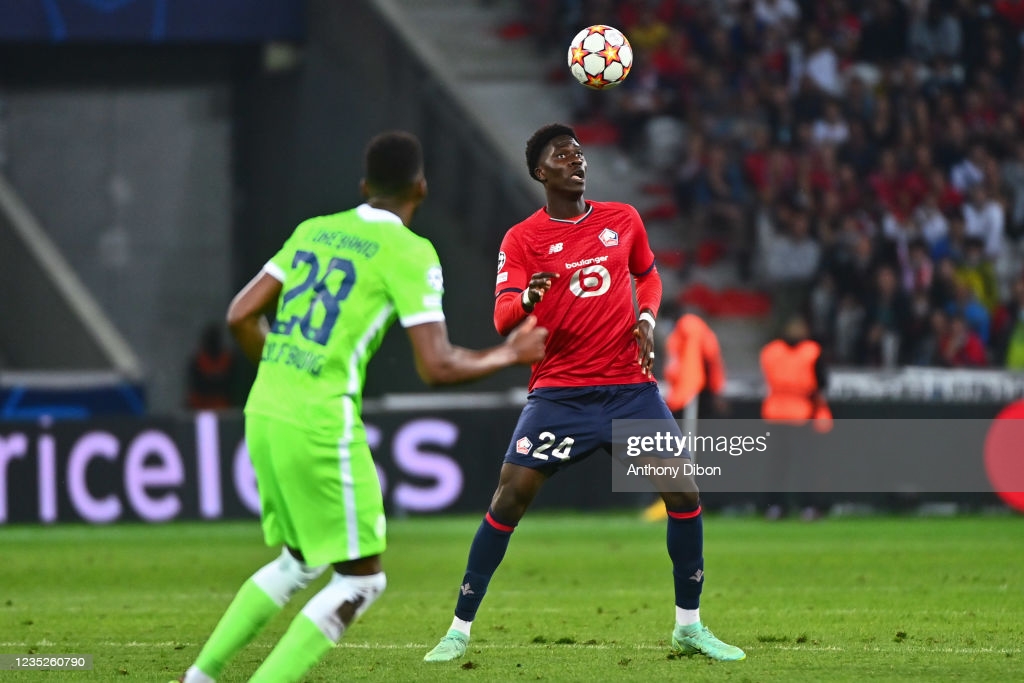 Marseille's goal distribution has been well distributed throughout the season, although their top scorer has been Dimitri Payet, reflecting the reasons why he wears the 10 on his back, with seven goals in the 2021-22 season.
2:12 PM4 months ago

Lille: climbing up the standings

Reigning French champions Lille have not lost since the end of October when they lost to PSG away and have since been able to recover from a poor start to the season, where they are tenth with 28 points; however, they have just suffered a bitter pill to swallow when they lost on penalties to Lens in the Coupe de France, which led to their elimination.
1:57 PM4 months ago

Marseille: to stay at the top of the table

With six games without defeat between Europa League, Coupe de France and Ligue 1, Marseille return home to try to reflect their good form and consolidate their position in the top 3 of the league, being nine points behind leaders PSG.
1:52 PM4 months ago

The Marseille vs Lille match will be played at the Vélodrome Stadium, in Marseille, France. The kick-off is scheduled at 2:45 pm ET.
1:47 PM4 months ago

Welcome to VAVEL.com’s LIVE coverage of the Ligue 1: Marseille vs Lille!