Thank you for watching today's match in VAVEL, see you soon!
6:01 PM4 months ago

Ajax thrashed Excelsior, from the first half it was known that everything was over, and Excelsior could not have any chance on goal. The game ends 9-0.
5:55 PM4 months ago

Devin Plank enters the pitch with a guard of honor, after being injured for a long time.

Daramy was through and the goalkeeper saves it!
5:48 PM4 months ago

Daramy steals a ball, a mistake from the defenders, he dribbles through the goalkeeper and scores
5:47 PM4 months ago

Danilo is out injured

Omaar al Baad is out

Hlynsson pushes it in the net!
5:28 PM4 months ago

A shot from Hlynsson and the goalkeeper parries it away!!
5:26 PM4 months ago

A great shot from outside the box from Unuvar after dribbling through some defenders!!
5:23 PM4 months ago

A shot from outside the box from Unuvar, and a save from the goalkeeper!!
5:21 PM4 months ago

Van Axel Dongen is out

Steven Berghuis is in

Changes for Excelsior and Ajax

A first half where Ajax completely dominated, and destroyed an Excelsior that did nothing, did not cause Ajax any danger, and it seems that this match ended in the first half.
4:46 PM4 months ago

A great run from Antony, puts a good pass in the area and Danilo pushes it in to the net!
4:36 PM4 months ago

First yellow card of the match

Gijs Abbas from Excelsior recieves it
4:31 PM4 months ago

What a great play from Ajax, Danilo enterd the area and scored!
4:25 PM4 months ago

Danilo scored from the penalty spot!!
4:14 PM4 months ago

Tagliafico went for a long range strike and it went in!!
4:13 PM4 months ago

Van Axel Dongen dribbled through the defence, went to the goalkeeper's area had a shot and it went wide by nothing!
4:05 PM4 months ago

It's the first time in history!

Both teams will face for the first time in their history, many new faces will play for Ajax for their second or first time, and maybe there can be some hidden gems from Excelsior.
3:44 PM4 months ago

An important player from Excelsior starts!

The 21 year old striker Bram Wennekers has been on the bench every match, but today the manager decided to start the promising striker. 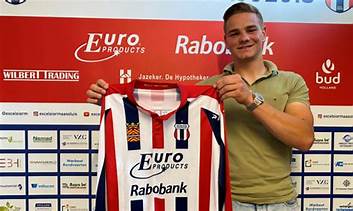 A player from Ajax is making his debut!

The 21 year old goalkeeper Jay Gorter has played many matches in the second tier of Dutch football, even though he belongs to Ajax, and he is making his first appearance for Ajax. Will he make a big impact in the squad?

Both team value differences are crazy!

¡The players arriving at the stadium!

Ajax have many players out

Many players from Ajax are going to miss this match; Maarten Stekelemburg had a surgery on the groin, Sean Klaiber broke his ACL, Mohammed Kudus broke his ribs, Noussair Mazraoui has problems in his muscles and Zakaria Labyad has an unknown injury.

Excelsior only have one injured player!

The 20 year old dutch attacker Devin Plank is injured, the cause is unknown, but he has already missed 30 matches, will it be a problem for Excelsior not having Devin Plank?
1:09 AM4 months ago

Tune in here Ajax vs Excelsior

In a few moments we will share live the starting eleven of Ajax vs Excelsior as well as recent information of the Johan Cruijff Arena. Do not lose detail of the game with the minute by minute in VAVEL.
1:04 AM4 months ago

The 21 year old dutch striker has had a regular season for Excelsior because he always comes from the bench, but when he does, he always scores. Right now he is the top scorer of the team with 4 goals, Will he score tomorrow?

The 33 year old Serbian forward has had an outstanding season, having played all 19 matches, and he has contributed with a goal or assist in almost every single match. He right now has 7 goals and 13 assists in 19 matches, if he plays, will he score or assist? 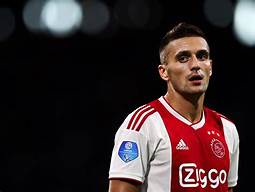 Times to watch the match!

When and where to watch Ajax vs Excelsior

The match will be broadcast on GOLTV USA, and GolTV Español, but if you want to watch it live and online VAVEL Mexico is your best option.
12:34 AM4 months ago

Excelsior got a big win!

Excelsior have had many matches postponed due to Covid-19, but the last match they played, was in the KNVB Beker against second tier Emmen, and they won 0-1, thanks to an 81st minute goal from Bram Wennekers. In the league, they are in 10th place, with many postponed matches.
12:29 AM4 months ago

Ajax come from a comfortable win!

Erik Ten Hag's team are running riot in the Eredivisie; right now they are second place, (one point behind PSV), but they have had an amazing season, having scored 59 goals, and only conceeding 4! Last match was a clean sheet for Ajax, winning 0-3 against Utrecht.
12:24 AM4 months ago

The Johan Cruijff Arena located in Amsterdam; Netherlands will be the stadium that will house the match between Ajax and Excelsior corresponding to round of 16 of the KNVB Beker. This stadium has space for 71,000 people.
12:19 AM4 months ago

Welcome to the transmission of the Ajax vs Excelsior  match corresponding to the round of 16 of the KNVB Beker. The venue of the match will be at the Johan Cruijff Arena at  2:00 p.m.